The circus has come to town, permanently.

Plaza Vera Cruz in downtown Santa Barbara is now home to two flying trapezes, stationary swings, suspended silk ropes, juggling pins, springboards, tumbling mats, and a crew of professional aeralists. It looks like the Ringling Bros. Circus exploded and spilled into a public park, minus the elephants and flame throwers.

“It’s impossible not to see the flying trapeze rigs standing in the middle of a park. We're kind of proud about it,” says Efe Ilkay, an aerial dancer who moved from Venice Beach to help launch the Santa Barbara Trapeze Company in 2019. They received permission from the city to move from the Earl Warren Showgrounds parking lot to the grassy Plaza Vera Cruz in May.

“We couldn't ask for any better location. We are walking distance to the beach,” says Ilkay. “We are in a very close distance to State Street, which is one of the most vibrant streets in Santa Barbara.”

Ilkay and his team offer kids camps, classes, and workshops for anyone from total beginners to seasoned circus professionals. Safety comes first. Each participant is hooked into safety ropes with harnesses, and a large net sits between the platform and the ground to catch your fall. 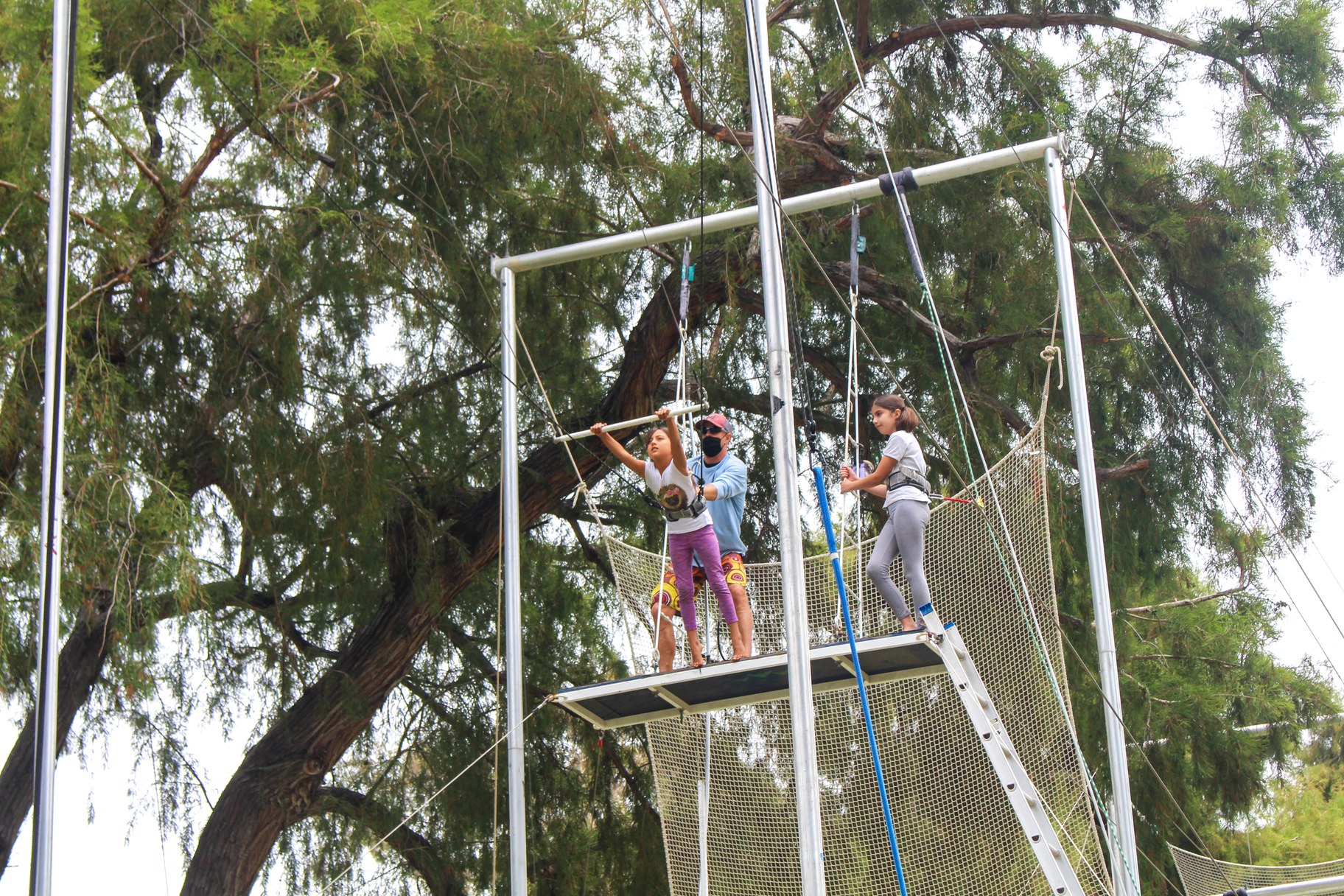 From circus to dance, the forms of aerial art

Aerialists often fit into one of two categories. Aerial acrobatics is rooted in circus art, involves trapeze swings, and is often described as faster, more dynamic, and a little riskier.

Aerial dance is rooted in contemporary dance, involving suspended silks and hoops. The movements are slower, more artistic, and often choreographed to music. 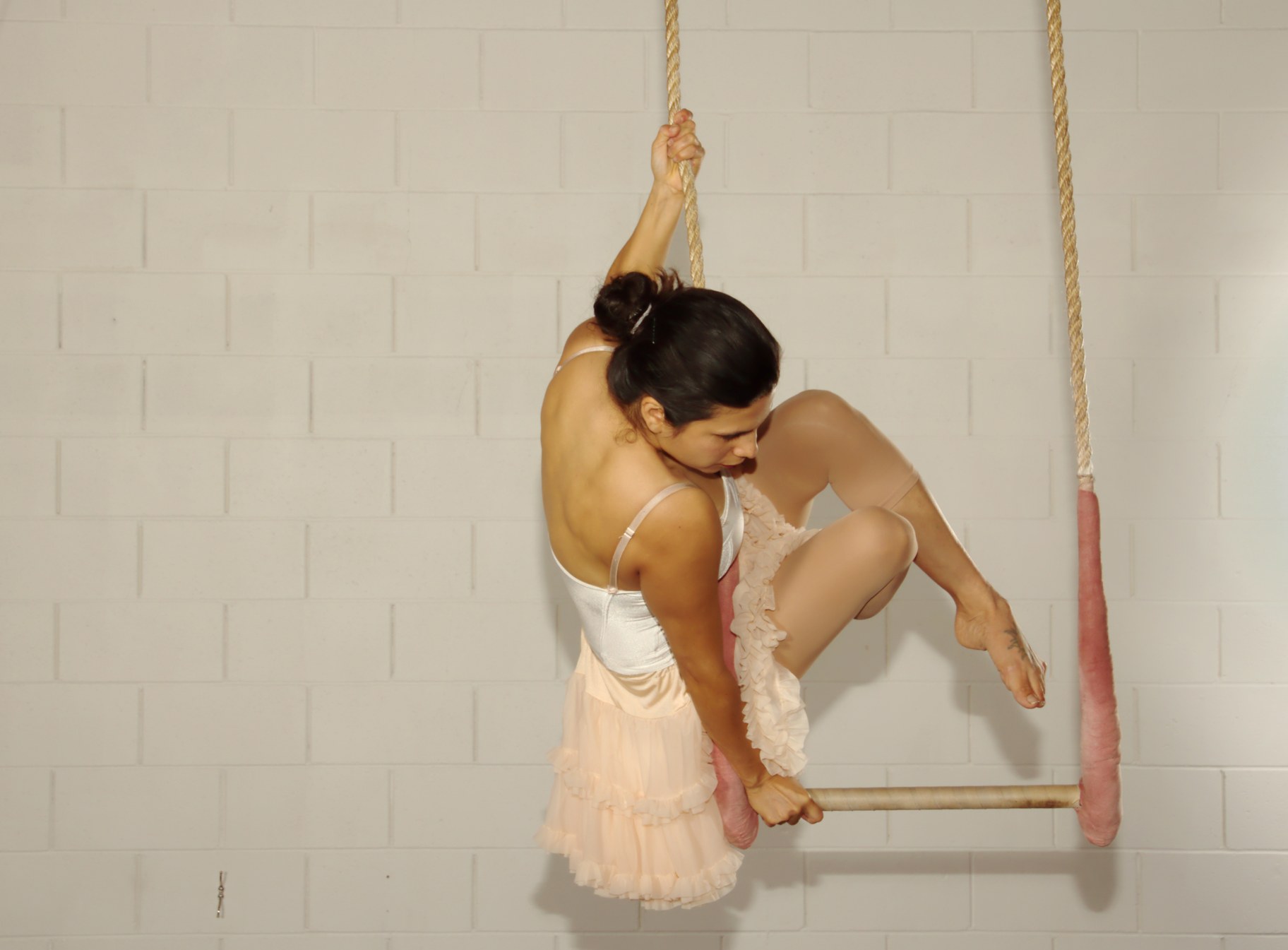 Ninette Paloma is the founder of Santa Barbara Centre for Aerial Dance and the Santa Barbara Floor to Air Festival. Photo by Onno Sweep.

Ninette Paloma has experienced both worlds. She was among the first to bring aerial dance to Santa Barbara in the early 2000s, but her passion began with circus.

When she was 18 years old, she went to an open call audition for a college-sponsored circus in Illinois.

“I will never forget walking into this huge, huge stadium and seeing people on flying trapezes … people in roller skates dancing around. There was unicycling,” she says.

She felt like she had opened the door to a magical world. After her freshman year, she moved to Chicago and enrolled in a professional, full-time circus program, where she walked the tightrope.

When she moved to Santa Barbara in 1998, she found herself one of the only aerialists in town.

“The only sense of any type of circus community was a small Burning Man group by the name of Clan Destino,” says Paloma. “It was a small group of artists and engineers, and just when I got to know them, they packed up and moved up north to the Bay Area, where there was a very big aerial art scene.”

Aerial dance originates from the Bay Area, says Paloma, and is relatively young. In the late 1970s, Berkeley-based dancer Terry Sendgraff began taking the aerial components of the circus arts and creating choreographed, contemporary pieces with them.

Celebration of Life for Terry Sendgraff from Sonya Smith on Vimeo.

The movement shot out from the Bay Area to the East Coast and even France. Paloma started building her own community in Santa Barbara.

“I felt like it, for me, incorporated much more of the emotional and storytelling aspect,” she says.

She opened her teaching studio, Santa Barbara Centre for Aerial Dance, in 2006, before aerial schools began popping up in Los Angeles. Fifteen years later, there are now three dedicated aerial dance and circus schools in Santa Barbara and roughly 10 in LA. 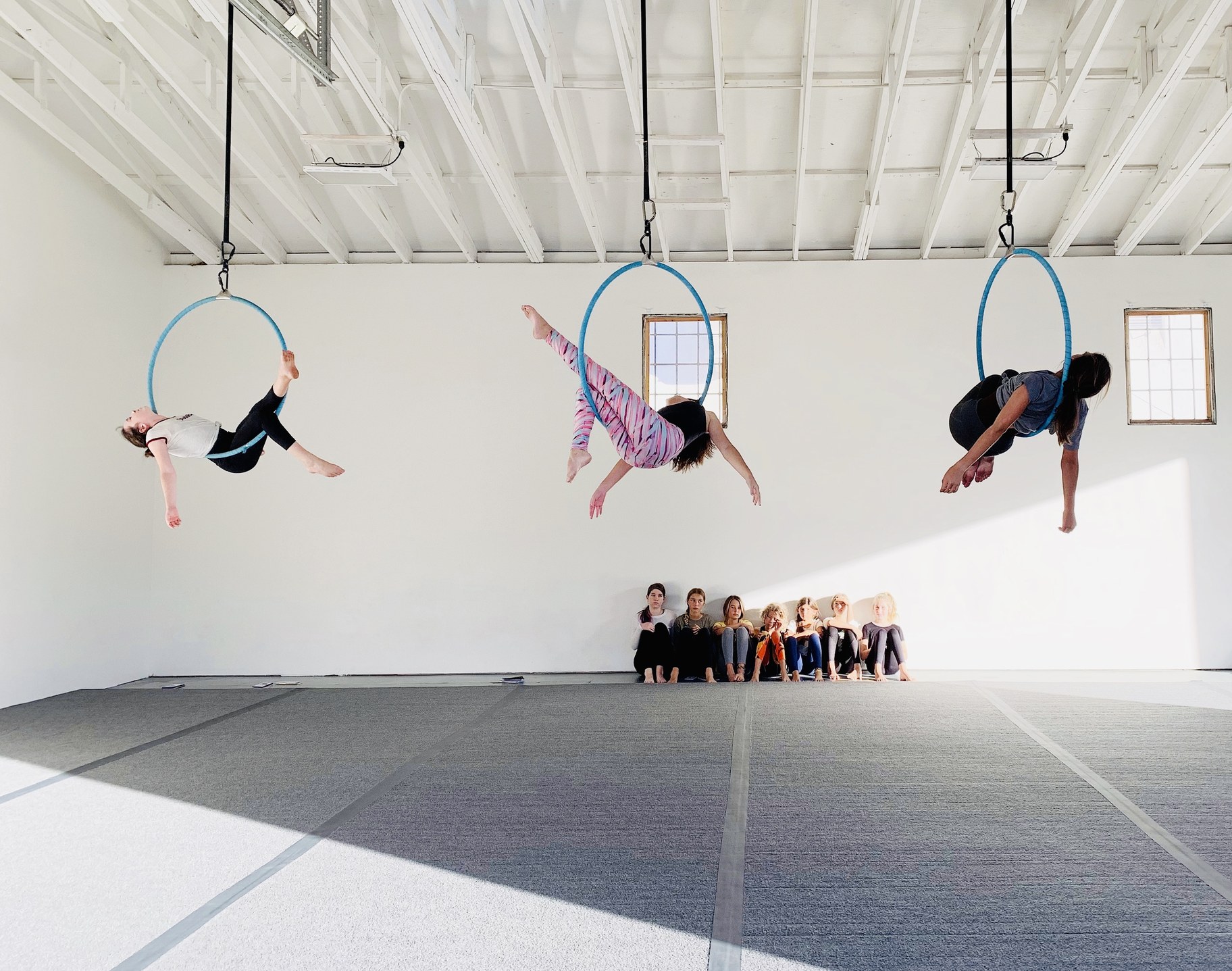 Paloma estimates a couple thousand students have entered her doors.

“As an aerial community of Santa Barbara specifically, we've been kind of on the cusp of the aerial dance world,” says 16-year-old Lucia Metcalfe, who’s been taking classes from Paloma since she was 4 years old. “We have pushed the boundaries of this art form … like we're pioneering this new movement.”

Where to find aerial art today

Some of Paloma’s students have taken the artform to new heights, including Christina McCarthy, the Vice Chair of UCSB’s Theater and Dance program. One of the first things she did in her new job was rig fabrics and trapezes in the university’s studios so students could explore suspended dance. 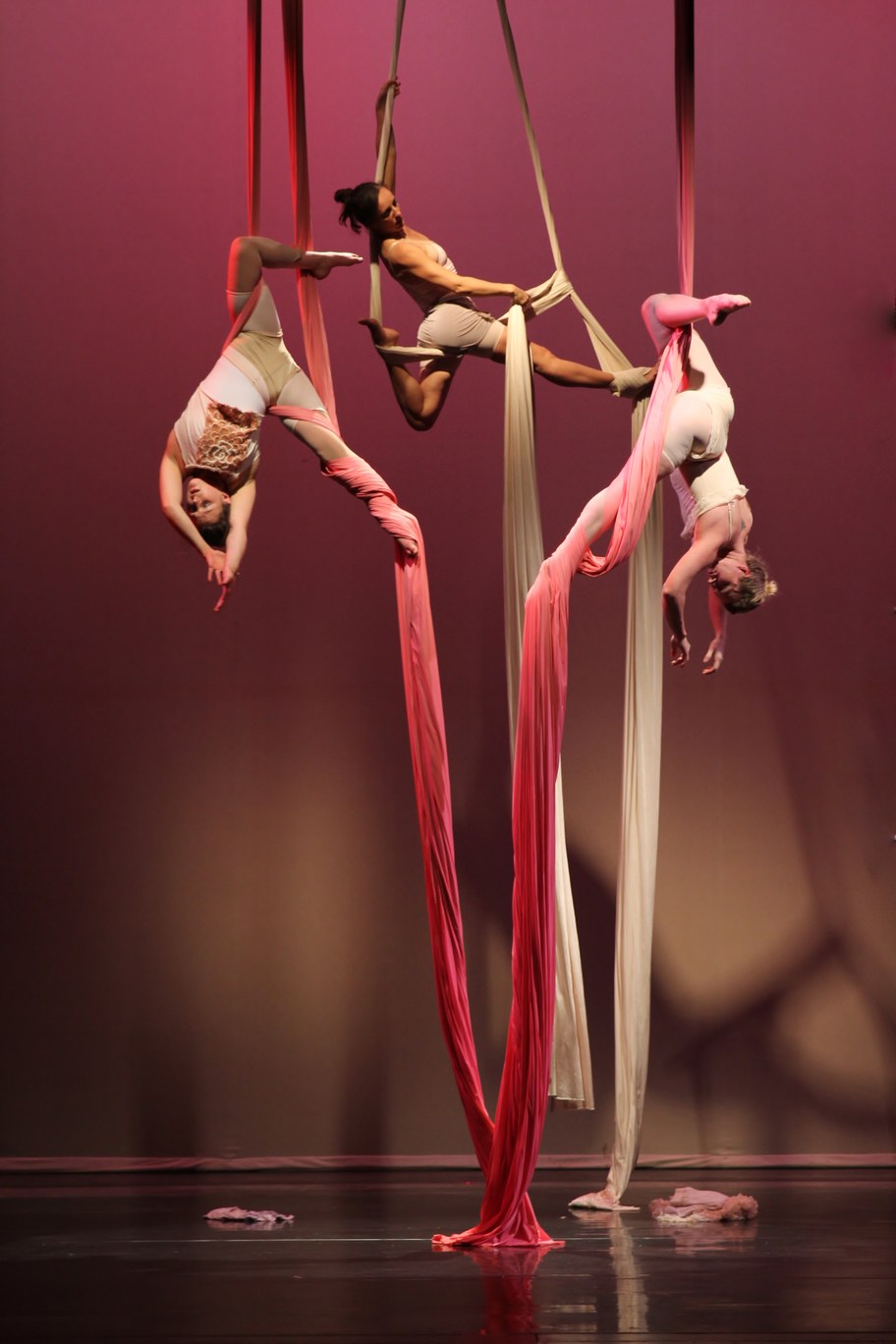 Santa Barbara’s aerial scene has even touched celebrities like Pink, who lives in Santa Ynez and attended Paloma’s Aerial Dance Festival with her daughter when she was beginning to incorporate aerial dance into her concert tours.

“When we see people like that take an interest, it impacts the genre in such a magnified scale. It only benefits all of us,” says Paloma, who’s excited to see interest multiply.

Along with the three fully professional aerial dance and circus schools, other dance and fitness studios in Santa Barbara incorporate aerial classes into their seasonal offerings.

Here are some to check out: