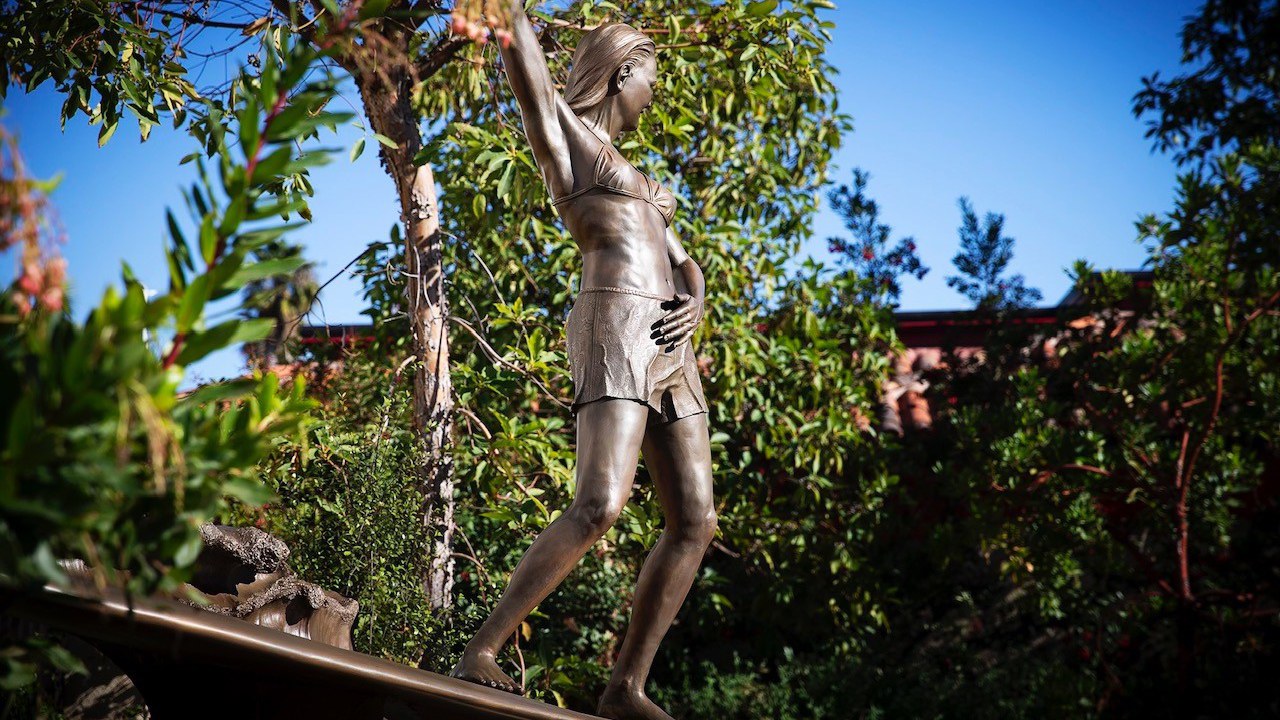 At Waterman’s Plaza in Dana Point, a collection of statues shares the city’s rich history and connection to surfing.

Until recently, the statues were all of men — surfboard shaper Hobie Alter, filmmaker Bruce Brown, surfer Phil Edwards, and artist John Severson — but that changed when a bronze statue of local surfer Joyce Hoffman was unveiled on January 27, 2022. It’s believed to be the first life-sized statue of a female surfer in the country.

“It's an incredible honor to myself and to women's surfing,” she says. “I'm still on cloud nine about it. I have to pinch myself just to remind myself it’s true.” 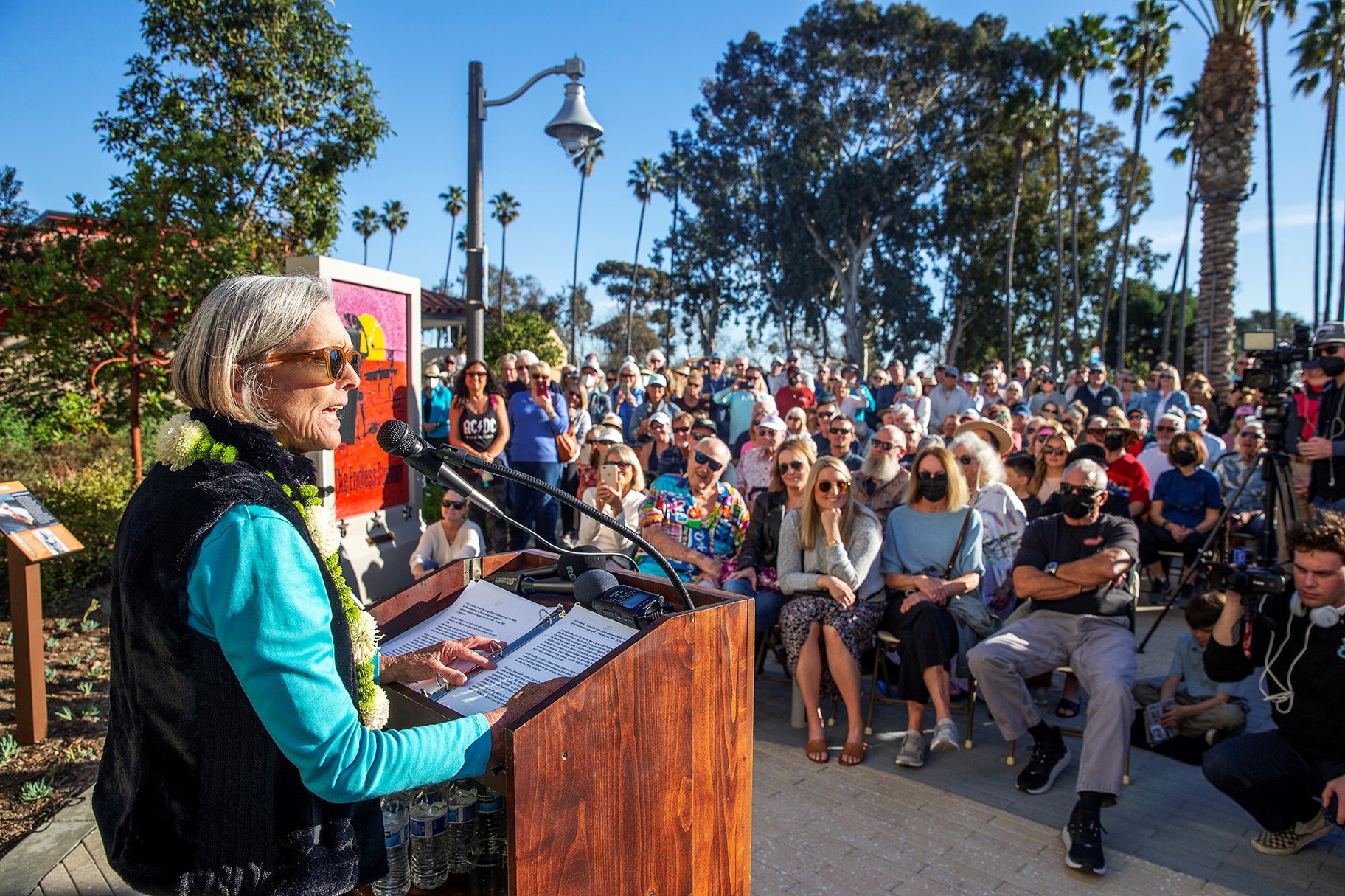 Joyce Hoffman speaks at the unveiling of her statue at Watermen’s Plaza on January 27, 2022. Photo by JPVS Photo.

Hoffman grew up in Dana Point and her dad helped Alter learn how to shape surfboards out of foam blanks. When she was about 12 years old, she became enamored with surfing and told her dad she wanted to pursue it.

“All right, if that's what you want to do, then let's get going here,” he told her.

In 1968, at age 21, she became the first known woman to surf the Banzai Pipeline, a notorious wave on Oahu's North Shore.

“I was on the beach with my father and my mom, and we were watching the surf. And Bud Brown, who was a videographer of surfing in the early days, was there with his camera. And he said, ‘If you go out, I think you'll be the first woman to ever surf the pipeline.’ And I thought, well, what the heck, let's give it a shot,” she says. 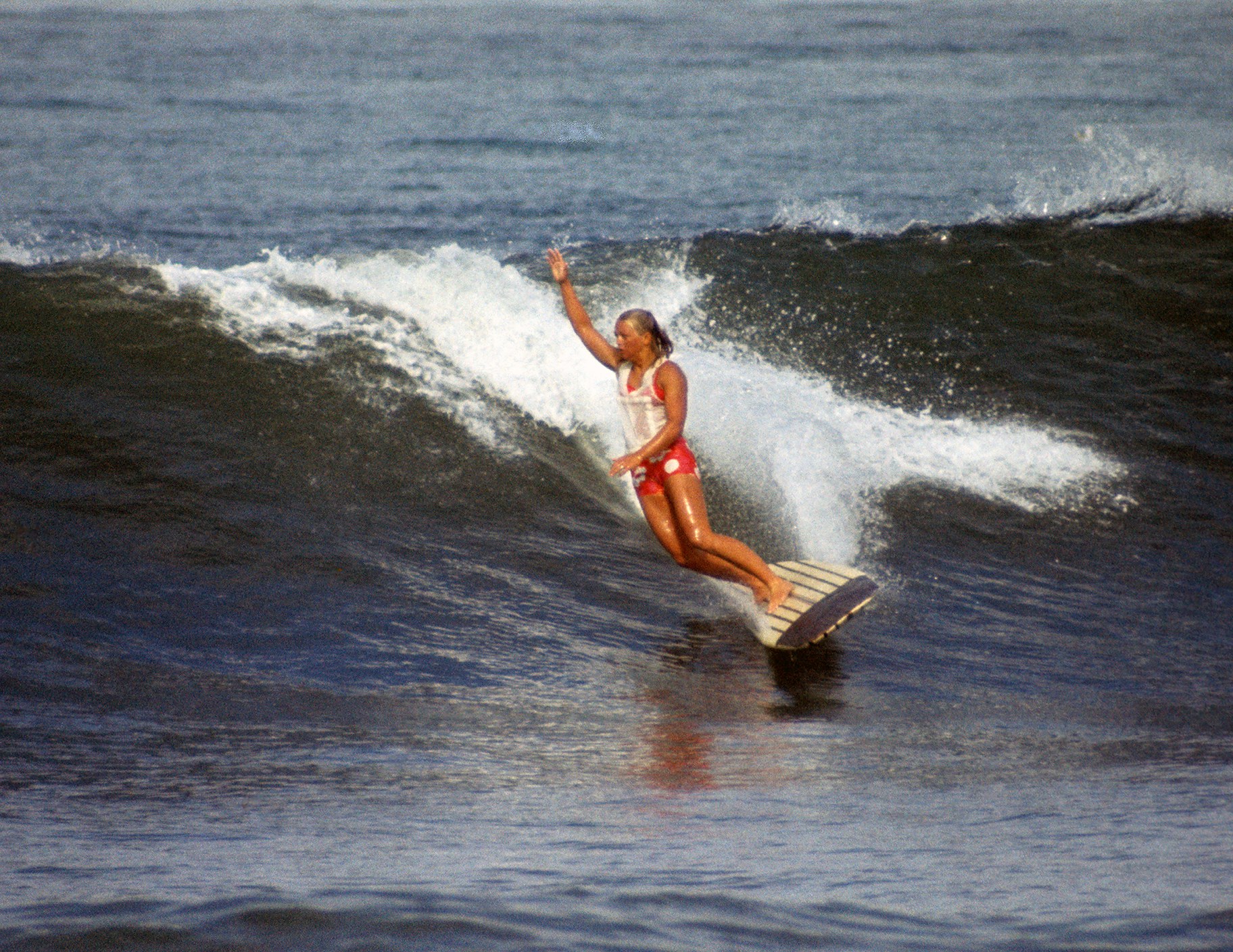 Joyce Hoffman takes off on a nice wave at the World Surfing Contest in San Diego, 1966. Photo by Tom Keck

She says in the 1960s, it was nearly impossible to support yourself financially by surfing, but she helped push those boundaries. By cross training, focusing on competition, and securing endorsements, she calls herself the first surfer, male or female, to take surfing to the next level and make it a sport rather than a recreational activity.

“I paddled, I ran, I lifted weights, and I wanted to compete,” she says. “Nowadays, everybody crosstrains and everybody runs and does weights and has trainers and whatnot. But I really was the first one to bring that to surfing.”

Among her accomplishments, Hoffman won three United States Surfing Championships in a row and took a fourth title in 1971. Hobie Alter designed her own signature surfboard model, the first ever for a female surfer.

At 75 years old, you can still find Hoffman in the water near Dana Point, riding a nine-foot Herbie Fletcher longboard.

Here are some of the other statues at Waterman’s Plaza. 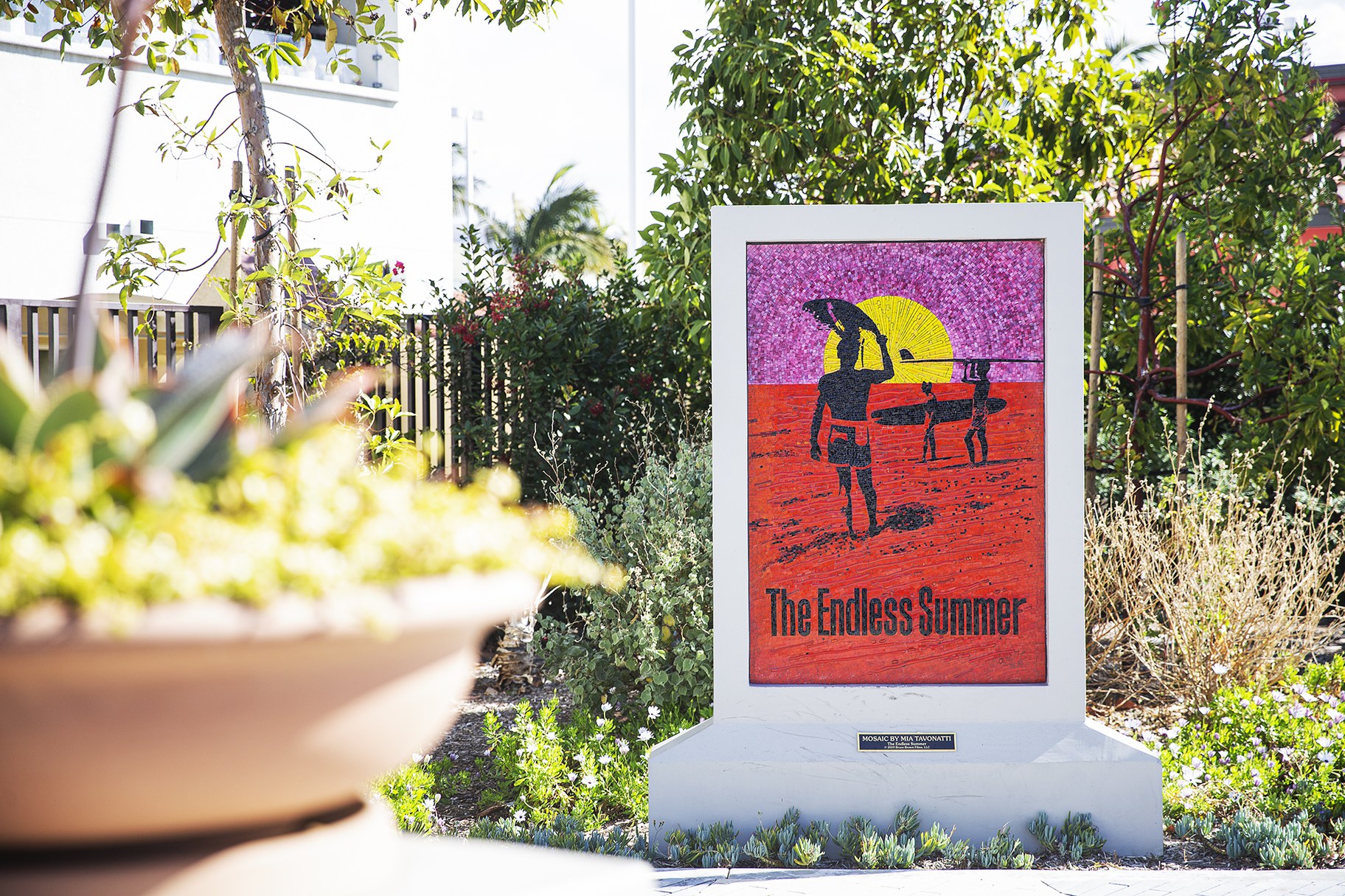 Mia Tavonatti created this mosaic of the iconic movie poster for “The Endless Summer.” The poster was designed in Dana Point and based on a photo taken at Salt Creek Beach. It is the most recognized surf imagery in the world created by artist John Van Hamersveld. Photo by JPVS Photo. 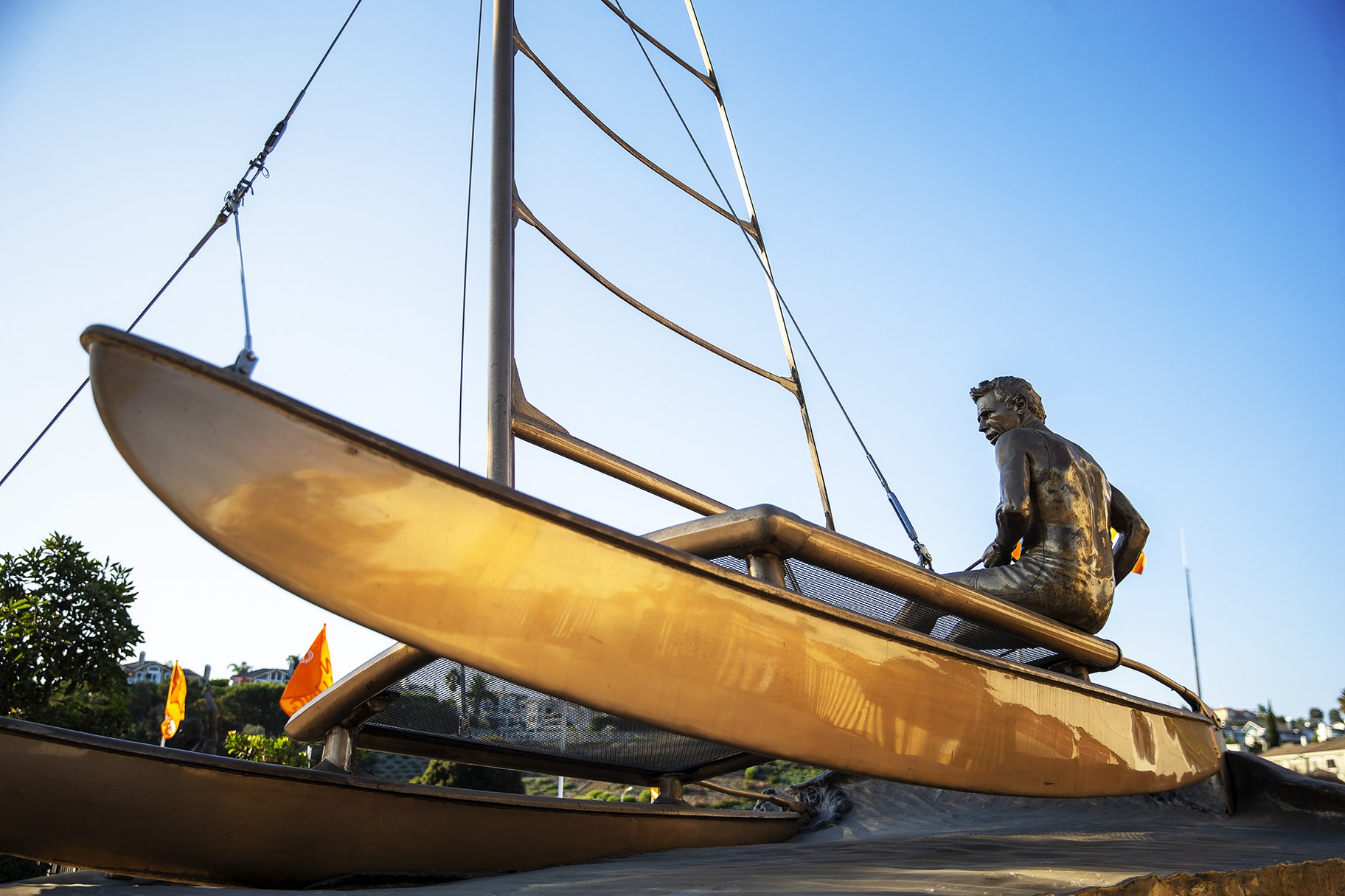 In the mid-1960s with his Dana Point surfboard business booming, Hobie Alter turned to something new. Years earlier he had ridden catamarans in Hawaii. He and his friends even built a few to play with. Alter made one he could mass produce, which we now know as the Hobie Cat, the first small commercially available catamaran. Photo by JPVS Photo. 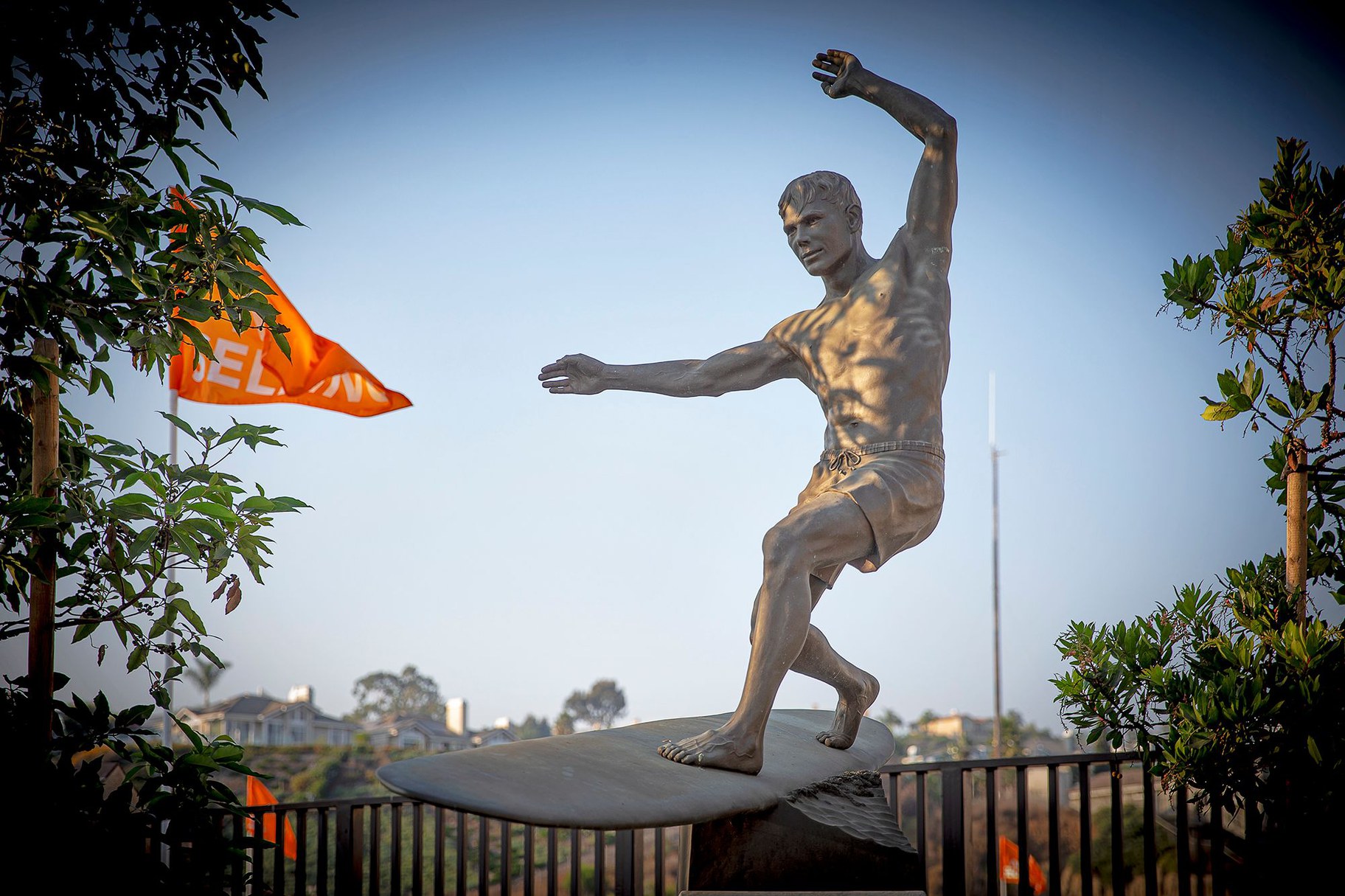 Phil Edwards rode waves in the 1950s and 1960s with a style that surpassed other surfers, turning with finesse and walking the board. His friendship with Hobie Alter and Bruce Brown drew him to Dana Point, where he worked in Hobie’s shop and surfed Killer Dana even as he became a national star. In 1966, he became the first surfer to be featured on the cover of Sports Illustrated. Photo by JPVS Photo. 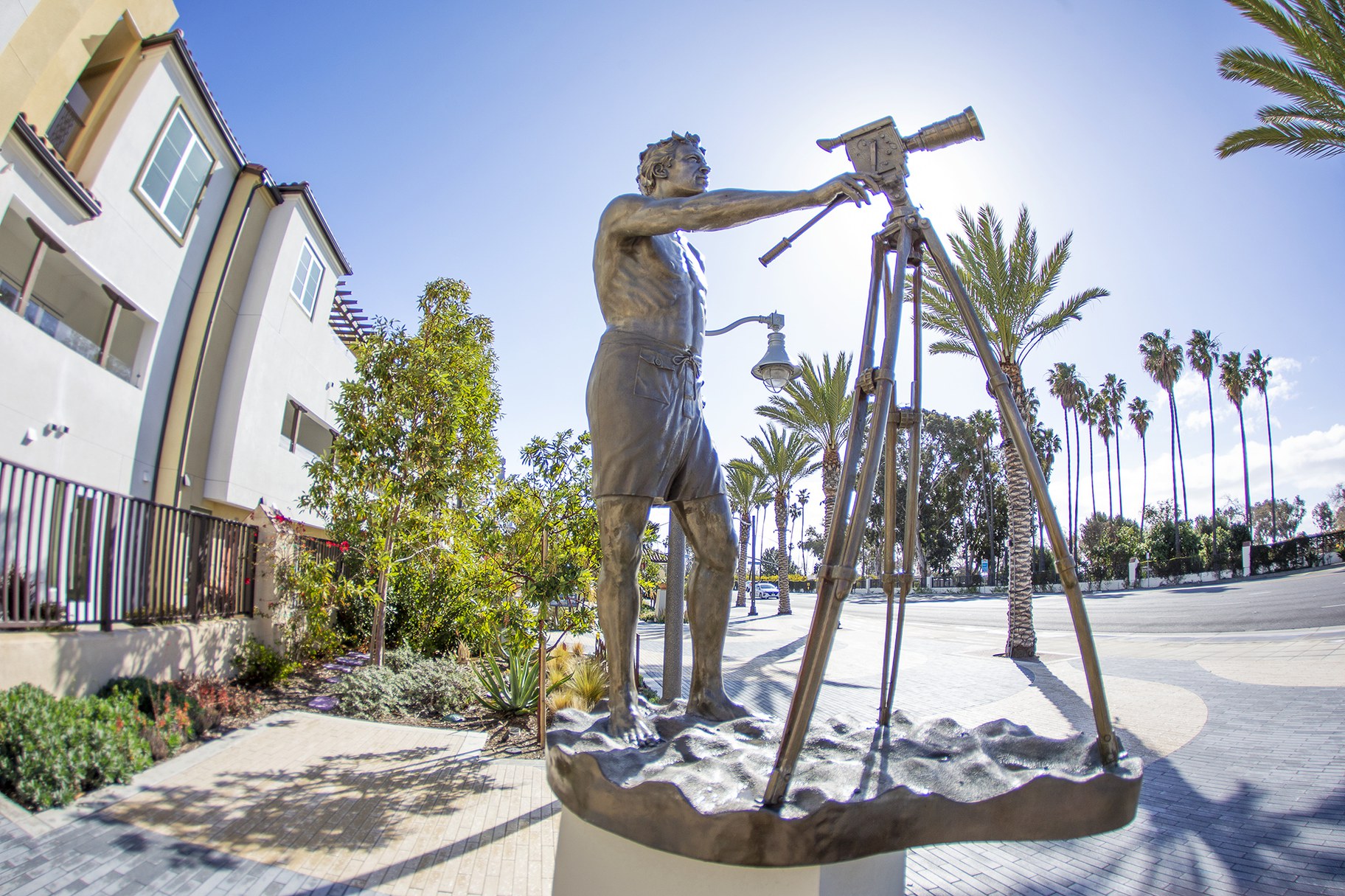 Best known for his documentary, “The Endless Summer,” Dana Point resident Bruce Brown was one of surfing’s first filmmakers. Brown was inducted into the Surfers’ Hall of Fame, and in 2014 he was given the first Surfing Heritage and Cultural Center Lifetime Achievement Award. Photo by JPVS Photo. 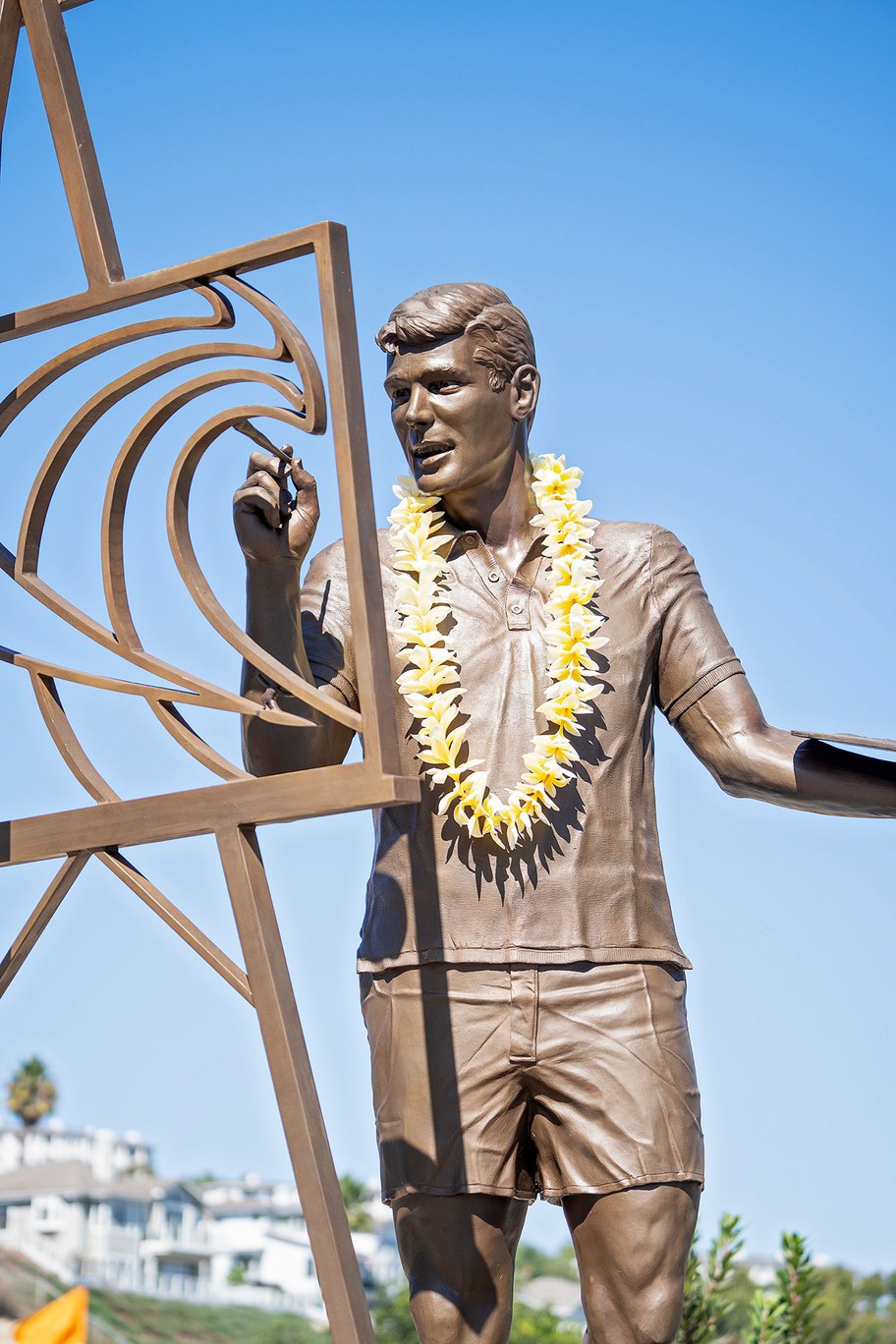 John Severson wove art into the surfing culture and influenced several emerging surf artists. In 1960, he produced a 36-page booklet called “The Surfer” to promote his film “Surf Fever,” which became the first issue of Surfer magazine, founded in Dana Point. Photo by JPVS Photo.

Trailblazing SoCal surfer Joyce Hoffman gets her due with bronze statue

With hardly any rain expected in February, what’s the status of CA drought?

The December storms weren’t enough to get Southern California out of the drought, and February has almost no rain in the forecast.

The novel “Fiona and Jane” is about the 30-year friendship between two Taiwanese American women who grew up in LA.

A bronze statue of Dana Point surfer Joyce Hoffman was recently unveiled. It’s believed to be the first life-sized statue of a female surfer in the country.