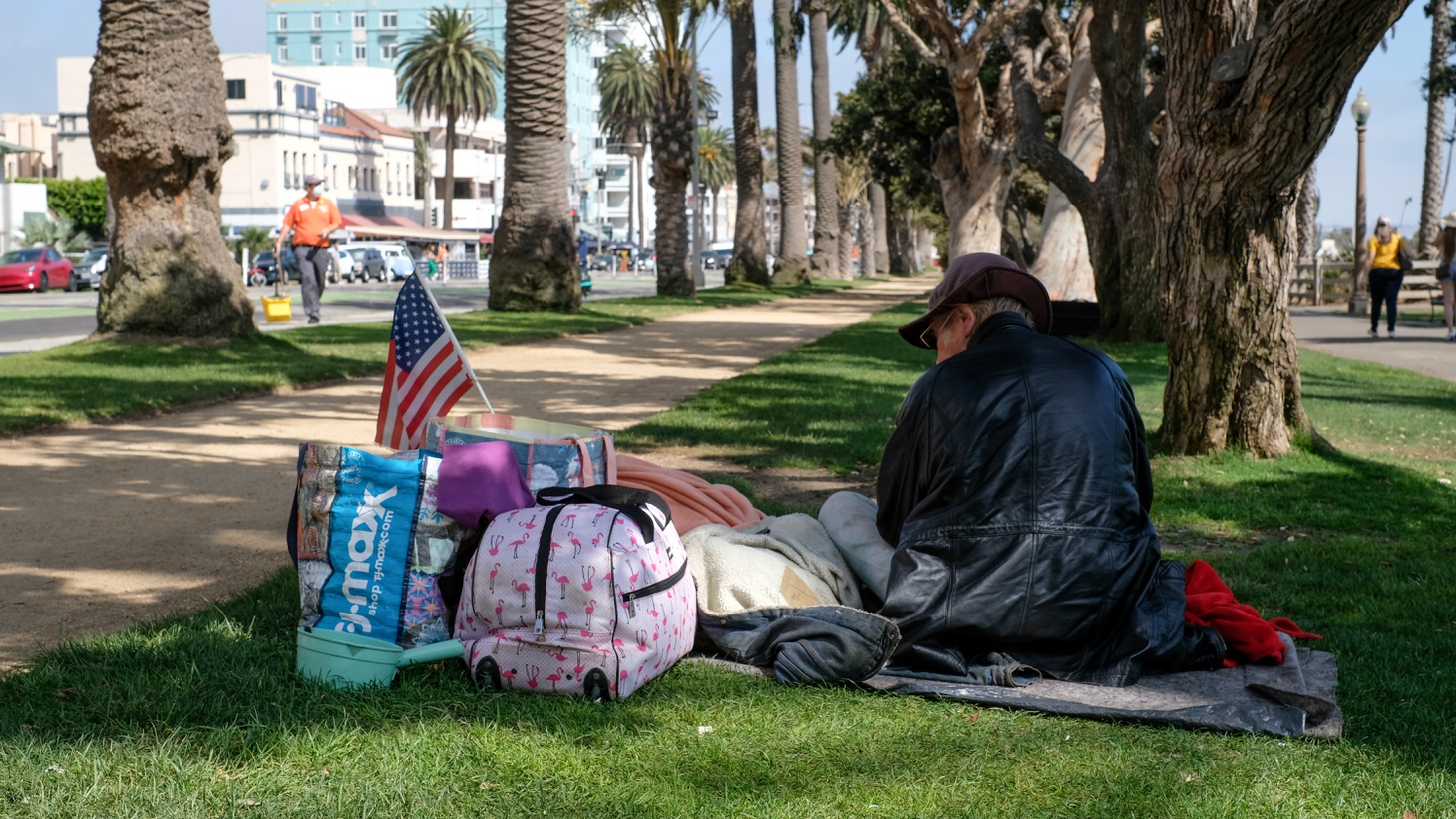 A homeless person sits in Palisades Park, Santa Monica, California, July 25, 2022. “The first thing this new mayor is going to have to do is level with people that however good their ideas are, they cannot do this [fix the homelessness crisis] by themselves. There's just too much overlap between the city and county on this issue. And I hope they address that sooner rather than later,” says Raphe Sonenshein, executive director of the Pat Brown Institute for Public Affairs at Cal State LA. Photo by Amy Ta.

The November general election is approaching, and congressional races, statewide propositions, and local initiatives will all be on the ballot. Angelenos will also decide between real estate mogul Rick Caruso or California Congresswoman Karen Bass for LA mayor.

Bass currently has a double-digit lead after her June primary win, says Raphe Sonenshein, the executive director of the Pat Brown Institute for Public Affairs at Cal State LA. As a result, Caruso has a lot of work to do before November.

“Caruso really is going to have to change the chemistry of the race. Turn that ship,” Sonenshein tells KCRW. “He certainly has a chance. He's got the money for it. But it's a less welcoming atmosphere in November than it was in the June primary.”

He says Caruso used his money and a focus on hot-button issues such as homelessness and crime to make a name for himself in the lead-up to the primaries. But now, he could face partisanship challenges and should consider that local problems might not be the only motivating factors among voters at the ballot box.

Sonenshein points to the overturning of Roe v. Wade, which could help draw prospective voters to the polls.

“Often what happens in a race is something else that brings people to the polls that has nothing to do with the race itself. But they stay around to vote for the candidate they consider closer to their point of view,” Sonenshein explains. “It's a very difficult time to be the less democratic candidate in a two-person race. He's obviously not a Republican anymore. He's now a Democrat. But still, I think the abortion issue is going to be a plus for Karen Bass.”

Bass and Caruso also face a constantly-evolving homelessness crisis that can’t be solved just by electing a new mayor.

“The first thing this new mayor is going to have to do is level with people that however good their ideas are, they cannot do this by themselves. There's just too much overlap between the city and county on this issue. And I hope they address that sooner rather than later,” he says.

Sonenshein says it could benefit each candidate to point out the amount of power the mayor has over the issue.

“It is better to level with people early rather than late and say, ‘I issue a challenge to all my partners out there in government in Southern California. It's a welcoming challenge. But let's see how we can make this work. Here's the power, we'll give up if you'll give up a little bit.’ That's the conversation that's gonna have to happen. … It matters to the voters. The voters are watching.”