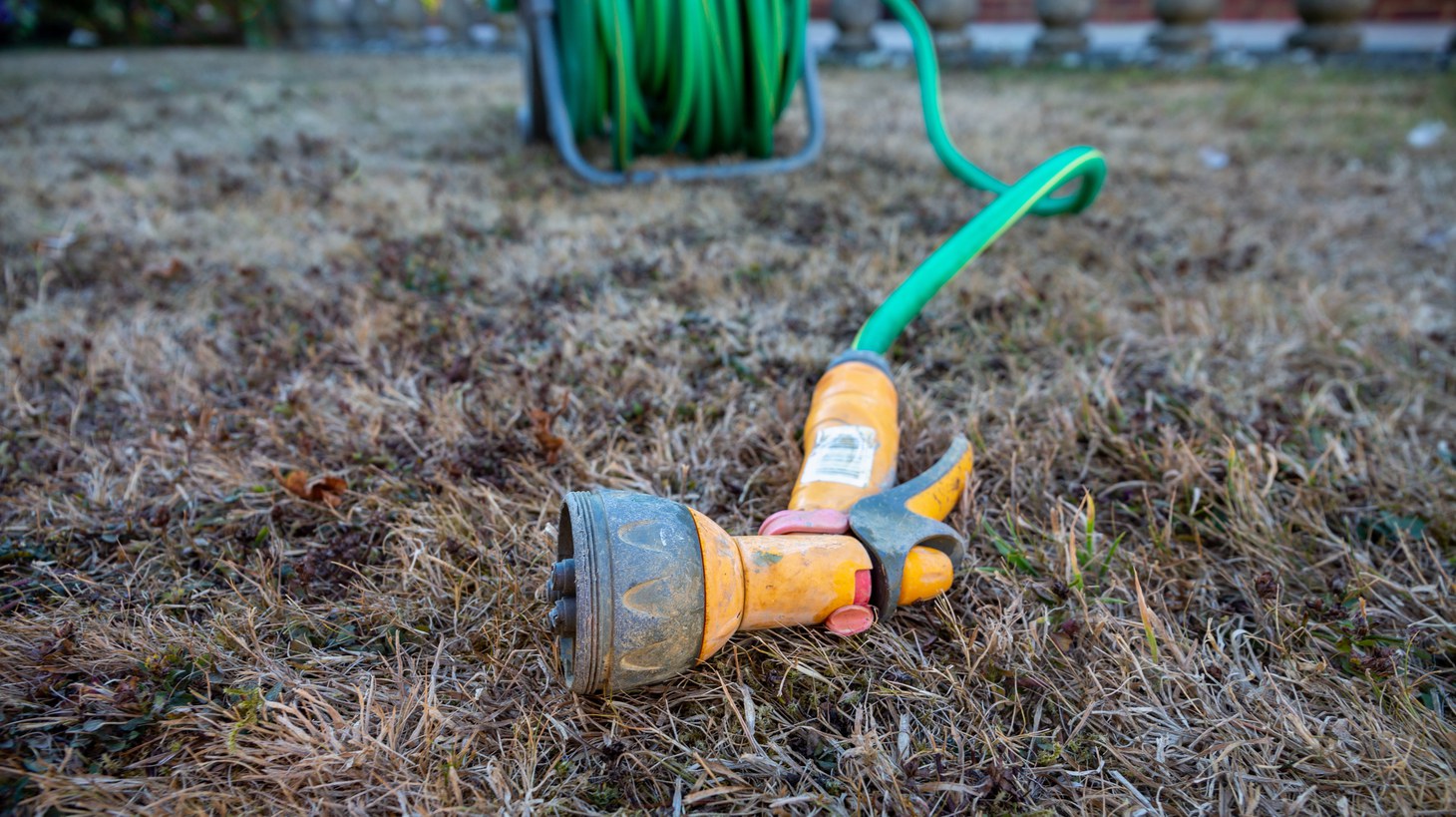 “Every bit of it [water] that we can conserve is just that much better for next year in case it's also dry. It's [as if] your bank balance, your savings balance, is getting low, and you've got to be really careful about how you spend it,” says Brent Yamasaki, operations chief for the Metropolitan Water District of Southern California. Photo by Shutterstock.

No outdoor watering for two weeks during the longest, hottest weather of the year. That’s what 4 million Southern Californians are facing.

It’s not because of the drought – at least not directly. The Metropolitan Water District of Southern California (MWD) is asking many cities in LA County to follow a voluntary outdoor watering ban until September 20, while they repair a pipe that carries water from the Colorado River.

MWD has a map showing which cities are affected in LA County. Some of the areas include:

Why is this happening now?

Earlier this year, MWD discovered a leak in a pipe that shuttles water from the Colorado River down to Southern California. They patched it this summer, but that only works temporarily.

“We don't want to live with that temporary patch,” says MWD Chief of Operations Brent Yamasaki. “If it were to fail, now we would have an urgent emergency shutdown. No one would be ready.”

Yamasaki says it’s possible the patch would have worked until later in the fall when the demand for water is lower, but that was a risk that the utility was not willing to take. They made the decision before forecasters predicted the record-breaking heat wave that has plagued California since the beginning of September.

“This piece was finished a few weeks ago, but we waited until after Labor Day where the bulk of the summer has passed,” he says.

Are there exemptions to the pause on outdoor watering?

There are no exceptions to this request, unlike the mandatory restrictions that went into effect last June and are still in place. That means MWD also wants residents to stop using drip irrigation and hand watering.

It’s a voluntary restriction, so nothing bad will happen. But Yamasaki says it’s still important to try.

“Every bit of it that we can conserve is just that much better for next year in case it's also dry. It's [as if] your bank balance, your savings balance, is getting low, and you've got to be really careful about how you spend it.”

While the Colorado River pipe is down, almost all of Southern California’s imported water will come from the State Water Project in Northern California. But that source is critically low too, so drawing too much from it could mean lengthier or stricter regulations down the line.

How do I keep my plants alive?

MWD has a list of tips to help plants survive the voluntary watering ban. They include repurposing water from the shower, the kitchen sink, or the water you used to boil pasta — and pouring that on the plants.

Outdoors, residents can make their water last longer by putting down extra mulch around trees and letting the grass grow out to retain moisture better.

“Really what I would concentrate on are your flowers, smaller shrubs. … Your mature trees … native plants, those are going to survive. … Your lawn is going to yellow, but it will recover when normal watering resumes.”

When it’s hot, a bed sheet or a shade cloth can help provide some relief from the direct sunlight.

“You're supposed to empty the hot tub, clean it out, and fill it up again,” she says. “Given that we're in a drought and we don't want to waste any water, we actually let our hot tub water cool, we let the chlorine evaporate out of it, and then we fill the rain barrels with that hot tub water.”

What if my plants die?

Some probably will. Younger planets in particular may not be resilient enough to survive, Guerrero says. In addition, any plant that has been pampered with overwatering in the past may not have been forced to grow deep roots to search for water sources. Those are the most likely to not make it.

“I was driving along Highland Avenue … and just saw fried plants, perennial bushes, and grasses just burnt to a crisp,” Wilhelmi says. “And I thought, ‘Oh, they've been watering probably way too much because those bushes, had they been watered once a week or once every two weeks, deeply, they wouldn't be suffering right now.’”

In that case, Guerrero says it’s time to shift from trying to keep them alive to thinking about how to plant better next time.