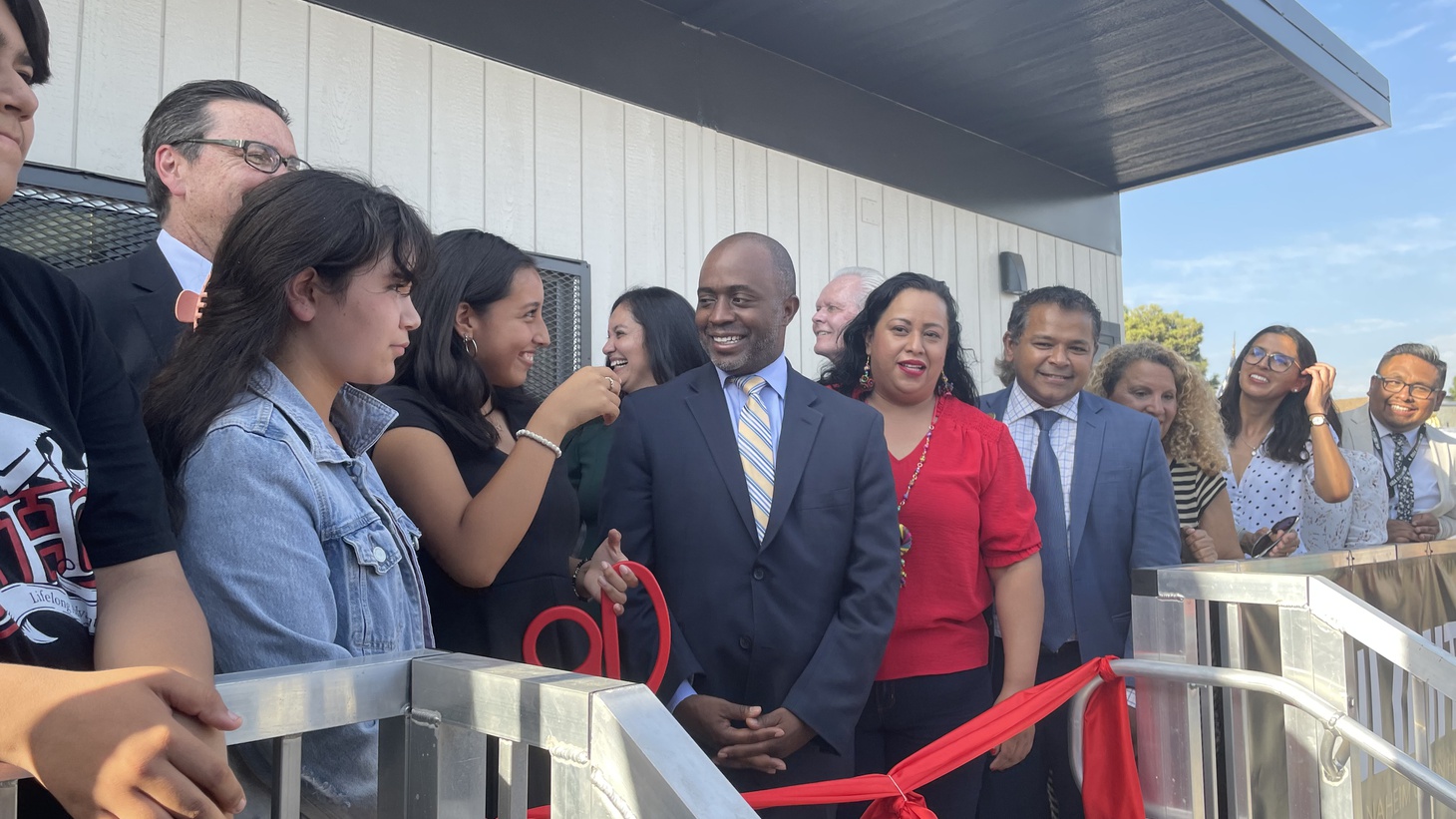 The state of California is investing $4 billion over the next seven years into transforming thousands of public schools into “community schools,” a model advocates say aims to improve academic achievement by taking a “whole child” approach to education. The investment also aims to stop an exodus of students from the state’s public schools.

Will it work? The first place to look is in Anaheim, where education officials were so enthusiastic about the new model that they launched a pilot program before they received the state funding.

At Sycamore Junior High School in Anaheim, one of the first community schools, families can attend monthly free farmers markets, enroll in social services like Medi-Cal and CalFresh, and take adult English classes — in addition to securing a middle school education for their children.

“If someone's got a toothache, or is suffering some other pain or illness, how effective do we think they’ll be on taking a standardized test or any other requirement… at a school?” State Superintendent of Schools Tony Thurmond explains to KCRW.

Community schools aim to smash barriers to learning — like food and housing insecurity, mental and physical health. Experts also them  as an answer to an existential threat: Enrollment in the state’s public schools has declined steadily since 2014. Advocates for the model hope families more connected to a school will keep their kids enrolled there, instead of leaving for charters or private schools.

But measuring the success of California’s community schools will be a challenge.

In May, the state sent its first round of checks to school districts — a total of $649 million — without creating metrics to measure success at the community schools. This month, the state approved an additional $58 million to build out “technical assistance centers,” which will support new and existing community schools to “share best practices, plan for success, leverage funding, and coordinate services.” 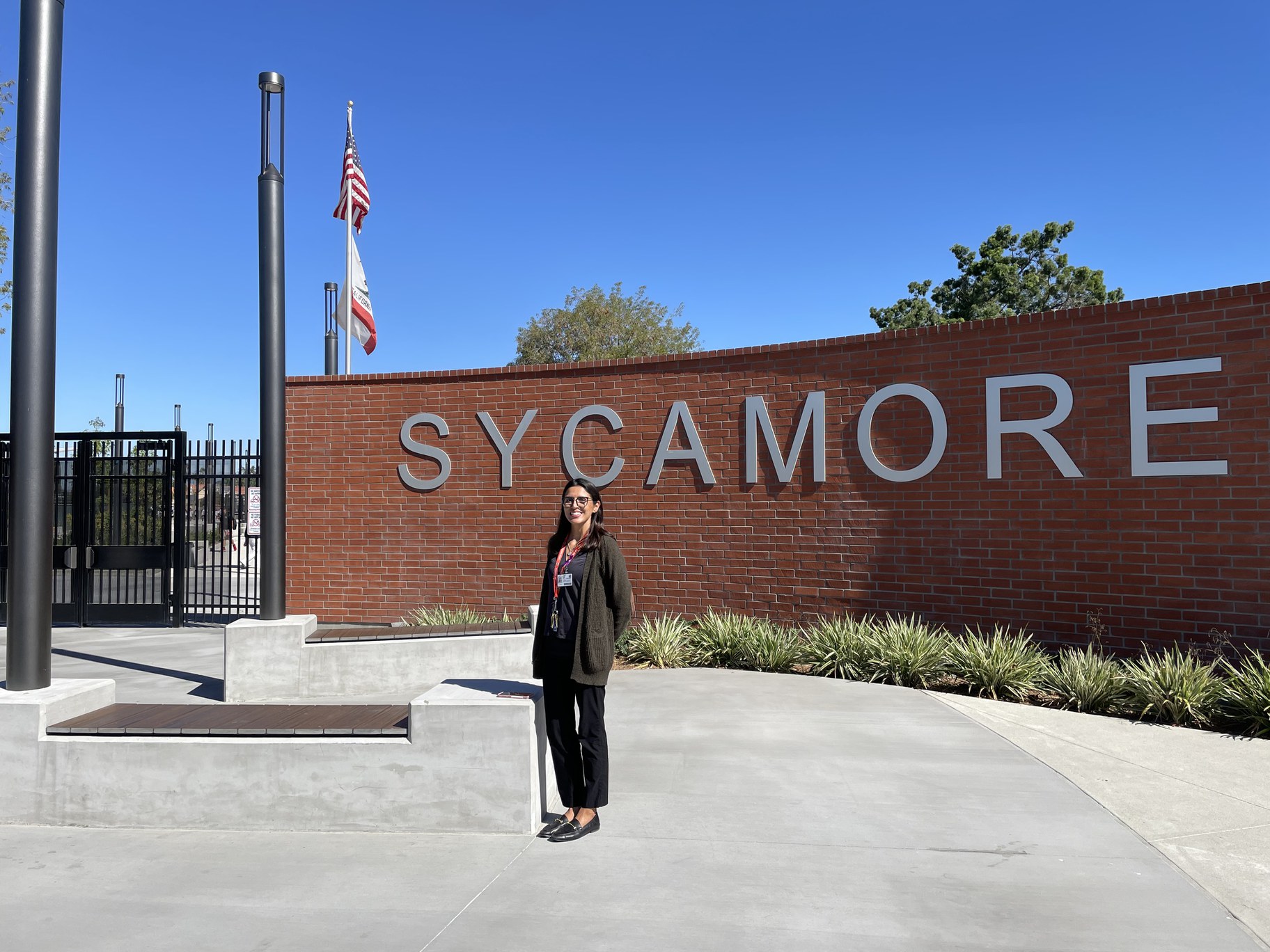 Dozens of high-needs schools in California have revamped as community schools in recent years, including 31 in the Los Angeles Unified School District. But nowhere has the change been so pronounced as in Anaheim Union High School District.

On a recent Friday morning, hundreds of people lined up at Sycamore Junior High School with shopping carts and tote bags for the school’s monthly farmers market. Parents and neighbors picked up fresh fruit, vegetables and dairy free of charge. 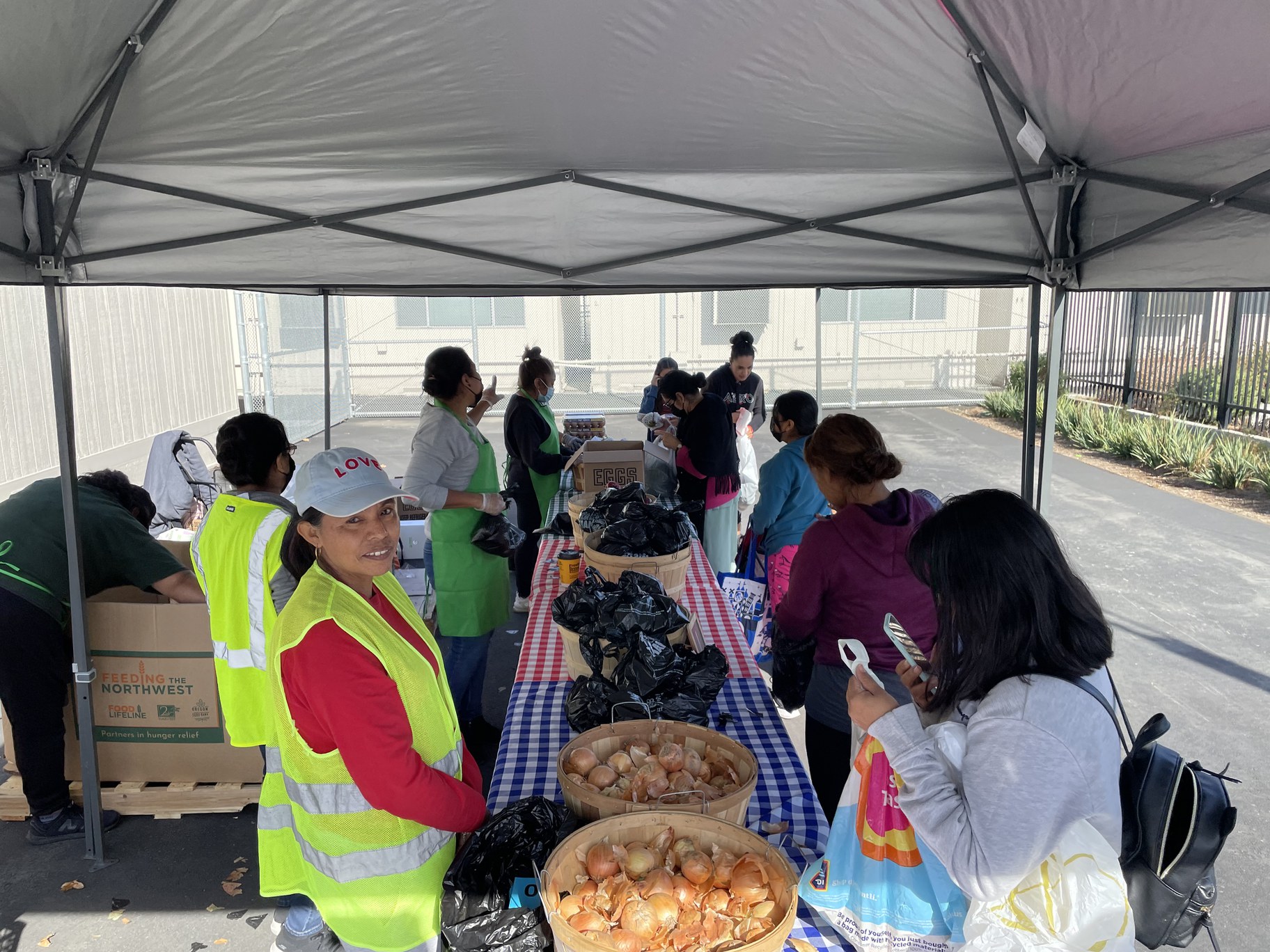 Families wait in line to pick up eggs, green beans, apples, onions and dragonfruit at a free farmers market offered at the school. Photo by Robin Estrin.

The farmers market is sponsored by a local foodbank and was invited by Araceli Huerta, Sycamore’s community school coordinator. She used surveys and focus groups to understand the distinct needs of the school community. She’s also forged partnerships with organizations that can sign families up for social service benefits.

“We're looking to serve our children and our families holistically because we know they can't leave who they are at the door,” Huerta says. “We want to make sure that we're creating the conditions they need to thrive.”

Will that lead to better classroom performance or higher school enrollment?

Community schools have existed in the United States for decades, and advocates for the schools point to studies that demonstrate their positive impact.

If those trends play out at Sycamore, enrollment might increase. It’s too early to say, but so far, it hasn’t, says school principal Nancy Cortez. Cortez says enrollment at Sycamore decreased this year, but less than in previous years.

“We don't want to focus on test scores that might not make them feel or acknowledge the great work that they do,” Rodriguez says.

Instead, Rodriguez, who works with about 55 teachers at Sycamore, is set on transforming classrooms into spaces of collaboration, communication and creativity, with project-based learning at the center of the experience. Rodriguez is also encouraging teachers to bring restorative justice practices into the classroom, in lieu of a punitive approach.

Huerta, the community school coordinator, says that at the center of the model is trusting relationships between the school and its families. She says those relationships take time to build.

Administrators like Cortez are looking at other indicators — like parent engagement — to demonstrate the success of the model. There they see success.

Cortez recalls one parent who came to the school office for help signing up for a drivers license, rather than asking her 12-year-old son for help.

“I don't remember somebody ever coming to us in the past saying, ‘Oh, can you please help me fill out the paperwork for Medi-Cal or for

a driver's license or a California ID?’” says Cortez. “That never would happen at a school.”

Even if the model does build a healthier Sycamore community, another problem lies ahead. Sycamore has grant funding for its school now, but that funding is temporary. Huerta says she’s already thinking about how the school can pull together additional funding streams once the state grant expires.

“A community school can't just be dependent on one time money,” says Huerta. “This transformative work is really going to require that we organize all of our resources.”