Prompted by pandemic challenges, some LAUSD teachers are making the difficult decision to leave the profession. Photo by Shutterstock.

Even before the pandemic, Venice High School teacher Emma Gallagher was struggling. At 24 years old, she hadn’t known a life where she wasn’t in school. She earned an undergraduate degree in microbiology and a masters in education, and eventually landed a job in the classroom. Then she felt like she was drowning in the heavy workload and pressure.

“I was finding myself being consumed by my job. And having no capacity left, my friends and mental health was deteriorating,” she tells KCRW. “I always say I'm 24, but I feel like I'm 34 after everything I've been through these past few years.”

“It was rest. All I had to focus on was just getting lessons to my students and not worrying about behavior issues, or fireworks blowing up in trash cans in the hallway, and my own self falling apart in front of students,” she explains.

That quickly changed as the demands of teaching virtually started to pile up.

Throughout the pandemic, Gallagher says she was having panic attacks and depressive episodes weekly. Ultimately, her experience led her to quit after three years on the job.

Her story could resonate with educators nationwide. A 2020 Rand Corporation study that found one in four teachers were considering leaving the profession.

According to the California State Teachers’ Retirement System, early retirements were up by 26% in 2020 compared to the previous year. Leaves of absence in Long Beach Unified increased by 35% over the last year.

The last year and a half took a toll on educators who had to pivot to teaching via video, sometimes with their own kids at home. Many watched hard-won education gains disappear into black boxes on Zoom.

Gallagher says the switch to virtual learning came with an unrealistic workload. In some ways, she had to learn how to teach all over again, juggling new technologies and rewriting curriculum from her own home. 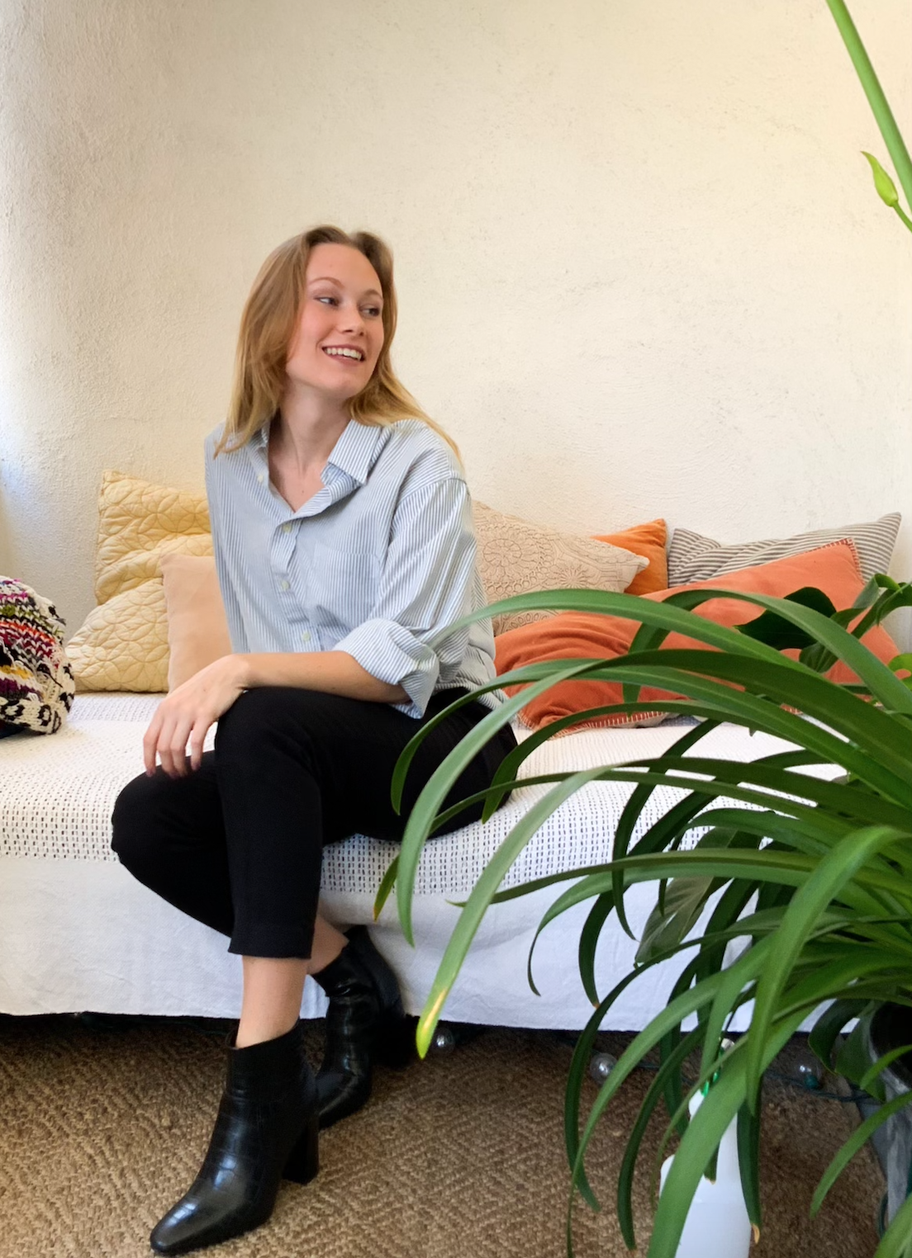 East LA-based LAUSD teacher Sumire (whose full name KCRW is not using because she’s concerned that speaking could jeopardize her job) says she was on the verge of quitting this past summer after her experiences during the pandemic. She’s back in her high school classroom now.

“I was feeling so on my own, like I was being expected to do all of these things, and I'm not being paid for it, which feels very exploitative to me,” she says.

To be a good teacher, Sumire says, you can’t be burnt out. But to avoid burnout, you have to reprioritize certain duties.

“As a teacher, you have to always be navigating like, ‘What is the most important thing to do? Because I can't do everything,” Sumire explains.

Spring 2020 was her first semester teaching, and although the switch to virtual instruction came naturally to her, she says she wasn’t receiving much direction from the LAUSD.

Sumire also felt like the proverbial clock was ticking. When she started teaching, she was told that many educators only made it three years into the job until burnout started to set in. (In fact, the number of teachers leaving the profession hovers around 7 percent for all experience levels.)

“I went in with the mentality of like, ‘Okay, I'm going to try this for three to five years, and then … check in with myself and see how I'm doing,’” she says. “So it wasn't like a totally off the wall thing for me to say [I wanted to quit], because in a lot of ways, I had kind of always known that teaching is often a very thankless position. And it was my first time of really experiencing the weight of that.”

Educators like Gallagher and Sumire also thought the pandemic would become a turning point in education — that perhaps new technology and smaller class sizes would result from pandemic-driven changes schools made.

“I was so excited for this to be a revival of education. So excited for online and hybrid pedagogy to find its way into the classroom, [as well as] innovation [and] technologies. And I just saw things going back to the same old status quo,” Gallagher says.

Instead of smaller class sizes, Sumire says she was hit with an even bigger class in the 2021-2022 school year. She was on vacation when her roster became available online and she checked it.

“It was [at] that moment that I got very overwhelmed emotionally and realized, ‘Okay, the pandemic is still happening. If I could barely fit 35 kids in my classroom, how am I going to fit 42?’”

Sumire adds, “I felt really betrayed. My hopes were crushed, I guess. Because that's maybe my top priority for what I wanted to change after the pandemic. I realized that's not going to happen. Things are just going back to normal.”

For other educators, like now-retired high school English teacher Sesshu Foster, the new technology drove him out.

“It took me weeks and weeks to learn the ins and outs [and] the glitches of the system. And it actually took me two or three times [as long] … to deliver … a much more watered down presentation for students who were not having as much fun as they did together in the classroom. So when push came to shove, that pushed me out,” he says.

Although he had considered retiring in the near future, he says if it weren’t for COVID-19, he would have stuck around for a few more years.

“I didn't want to spend another year on the computer trying to speak to kids whose presence was often a black box on a Zoom session,” Foster says.

The emotional impact of leaving

Even now, Gallgher says she is still grappling with the decision to leave.

“Saying goodbye to teaching was the hardest goodbye I've ever had to make,” she says. “There's guilt tied up in it. It's like, if I'm not my best in the classroom, there are 180 faces staring up at me. And I know their stories, I know what they're going through. I know how they need support, and if I can't provide that, I know exactly how it affects them.”

After all, Gallagher says, her time as an educator was one of the most rewarding opportunities in her life.

“Your world becomes teaching. You're invested in a community and you see these kids graduating, and you see the little changes in their life. And there's a high to that,” she says. “It's really hard to find a profession that is that directly tangible in terms of your contributions to someone else's life. … When you leave that, you know how you'll be missed.”

Although Foster has left teaching now, he says he looks forward to eventually returning in some capacity.

The current state of education

Many of the issues educators raise when they consider leaving their profession aren’t new to the circumstances of the pandemic. That includes feeling underappreciated, overworked, and disrespected.

“All the good teachers are … workaholics and they sacrifice. They have strained marriages, strained relationships with their kids. A lot of great teachers, their whole lives is teaching,” Gallagher says. “Everyone loves teachers until they're inconvenient. Like, ‘We love teachers, thank you so much. We'll support you in the strike.’ And then they're like, ‘I'm sick of my kids, you need to go back to work.’”

She adds, “I just really want people to understand the inner workings of the profession on just the deep emotional level, the things that they don't see.”

This story was produced as a part of a project for the USC Annenberg Center for Health Journalism’s 2021 California Fellowship.

Why some LAUSD teachers quit amid pandemic challenges

Last year took a heavy toll on educators who had to pivot to teaching via video, sometimes with their own kids at home. Many of them watched hard-won education gains...

“The department has been historically plagued by issues regarding race and gender. It seems like it's gotten a little bit worse over the years," says Kris Larson, the first...