The Target at the corner of Sunset Boulevard and Western Avenue in Hollywood recently opened after several years. It’s three stories tall and even has a grocery store inside it. Photo by Alissa Walker.

The Target store at the corner of Sunset Boulevard and Western Avenue in Hollywood recently opened. The proposal for it came 13 years ago, and construction took six years. The three-story big box store features a grocery store inside and is much larger than other nearby Targets, maxing out at 143,000 square feet.

Curbed’s Alissa Walker checked it out for the first time. She says, “It was this empty construction site for … literally six years. So I think just the anticipation of people wondering, ‘Why is that still not finished? What’s the story here?’ It had become legend.”

The Sunset Boulevard Target took so long to build and open that it acquired social media status. It became known on the internet as Target Husk because it was a husk of a building, explains Walker.

“What was so magical about this was that a Twitter account popped up. … It remained anonymous for many years. It was very funny. And that person, Juliet Bennett Rylah, she outed herself on Halloween right as she said she was going into her human form.”

Walker says she dressed up as Target Husk for Halloween — to keep the legacy alive. “I really want people to remember all those years where that sidewalk was closed off. … We had no sidewalk to walk on. So at least go there and enjoy the wonderfully freshly paved sidewalk in front of the former Target Husk.” 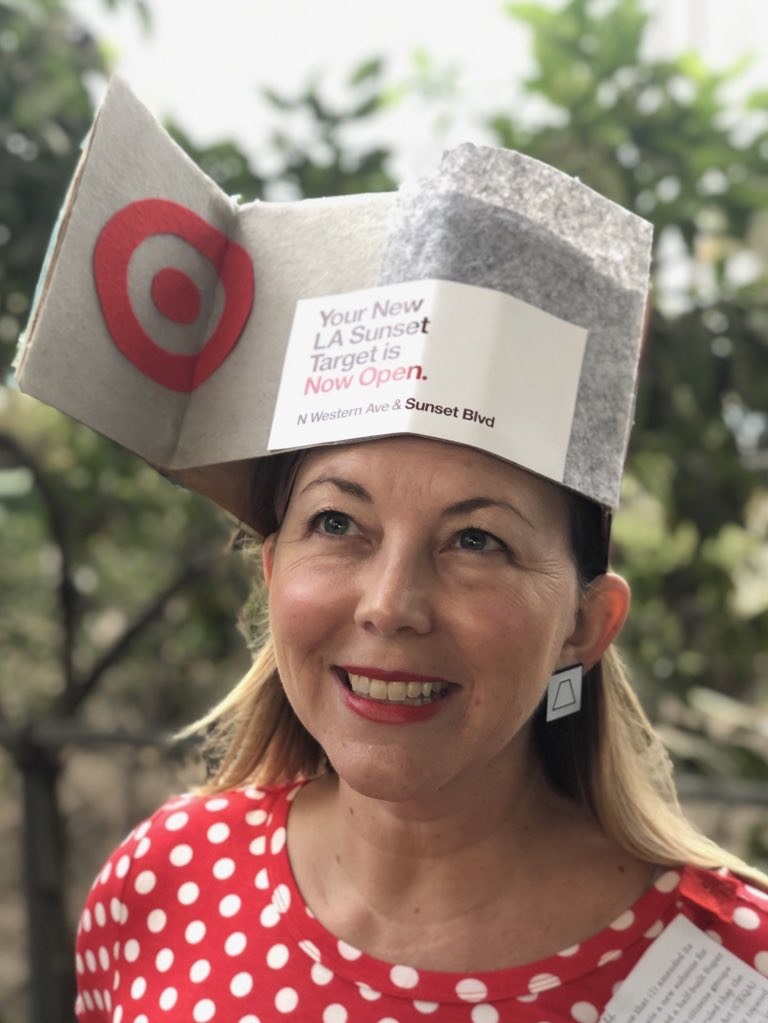 Alissa Walker dressed up as Target Husk for this year’s Halloween to keep its legacy alive. The store took so long to build that it became known as Target Husk on social media — because it was a husk of a building. Photo courtesy of Alissa Walker.