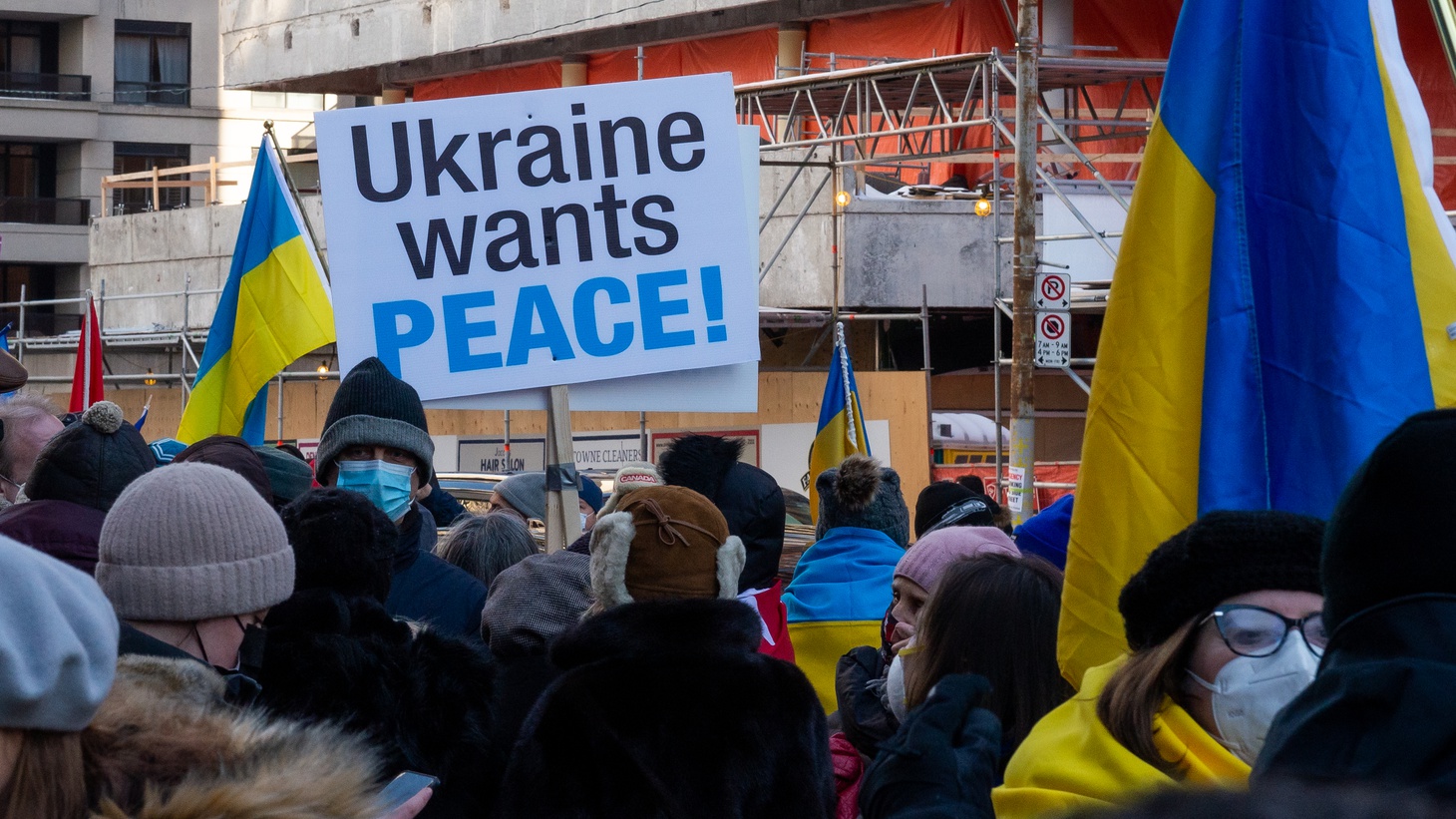 Protestors with placards and Ukrainian flags outside the Russian Consulate demonstrate against the Russian aggression in Ukraine and Russia's intervention in Crimea. Photo by Anatoliy Cherkasov/NurPhoto via Reuters Connect.

More than 26,000 people in LA County claim some Ukrainian ancestry, according to the 2010 Census. Right now, many of them feel anxious about the tens of thousands of Russian troops along the country’s border with Russia. In a show of solidarity over the weekend, dozens of people rallied near the Federal Building on Wilshire Boulevard in Westwood. They held signs saying “Stop Russian Aggression” and “Stop Putin,” and waved Ukrainian and American flags.