Landmark on Pico shuts down. Issue is about real estate, not entertainment

Hosted by Steve Chiotakis May. 16, 2022 Entertainment 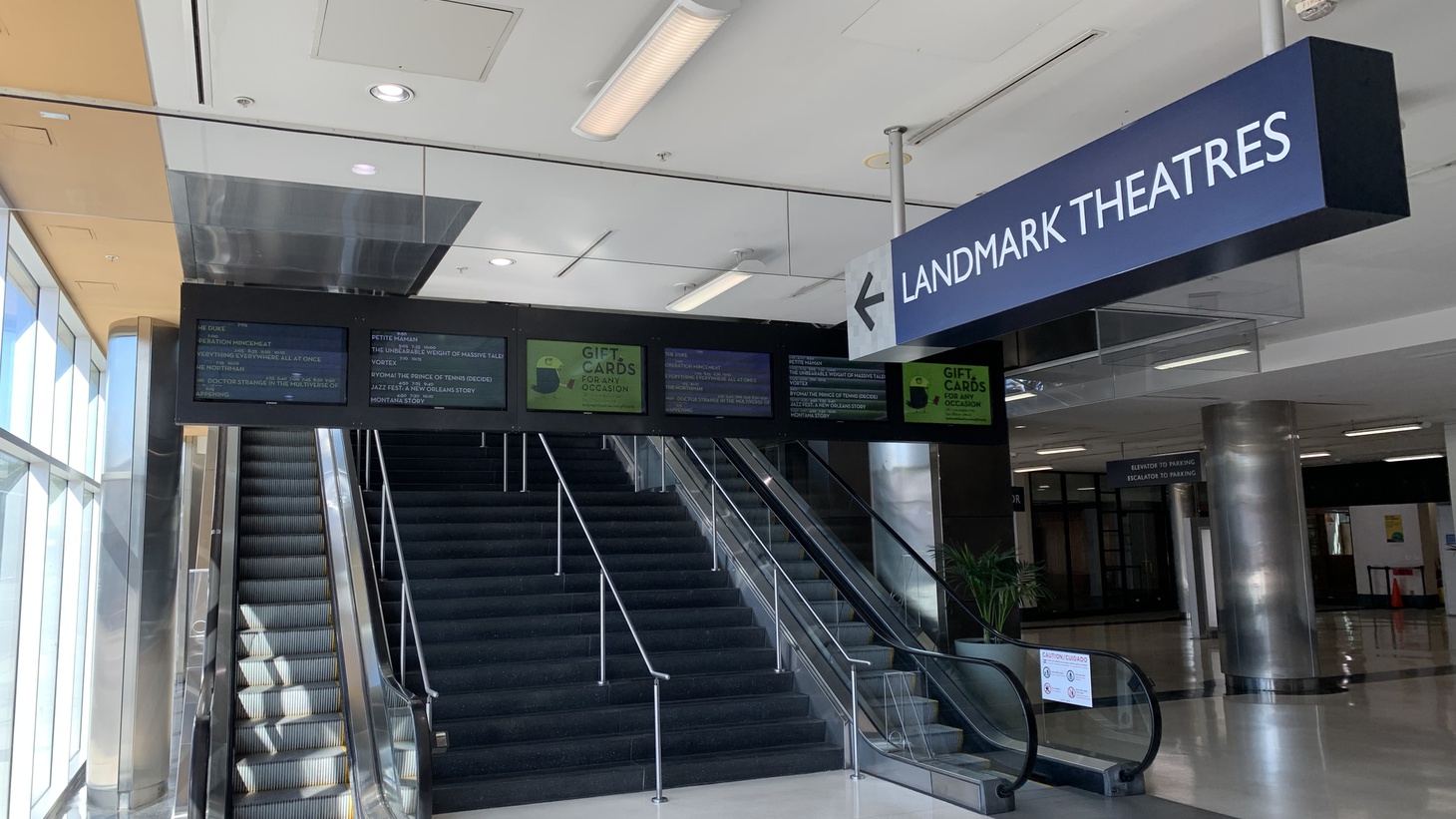 For 15 years, the Landmark Theatre on Pico Boulevard has played indie movies and hosted question-and-answer sessions with filmmakers. Now it’ll shut down for good at the end of May. Photo by Andrea Bautista/KCRW

At the end of the month, Landmark Theatres will close their arthouse location on Pico Boulevard after 15 years. The venue has been an important place for screenings and question-and-answer sessions of indie films. Landmark’s 30+ other theaters nationwide will remain open.

The Landmark on Pico joins a list of other shuttered theaters that predominantly played independent movies, including ArcLight Hollywood and Pacific Theater.

“Smaller theaters, especially those that don’t own their real estate, that have rent or have mortgages, they are just in a tougher position,” says Lucas Shaw, entertainment team leader for Bloomberg News.

In this Landmark location’s case, their lease expired. But the shopping area around it, once known as the Westside Pavilion mall, is gone too. It now houses offices for Google.

“[The Landmark’s] issue was they cannot keep that real estate,” says Shaw. “But they would like to take what is a very strong brand, and what was a great theater, and find a new home for it.” 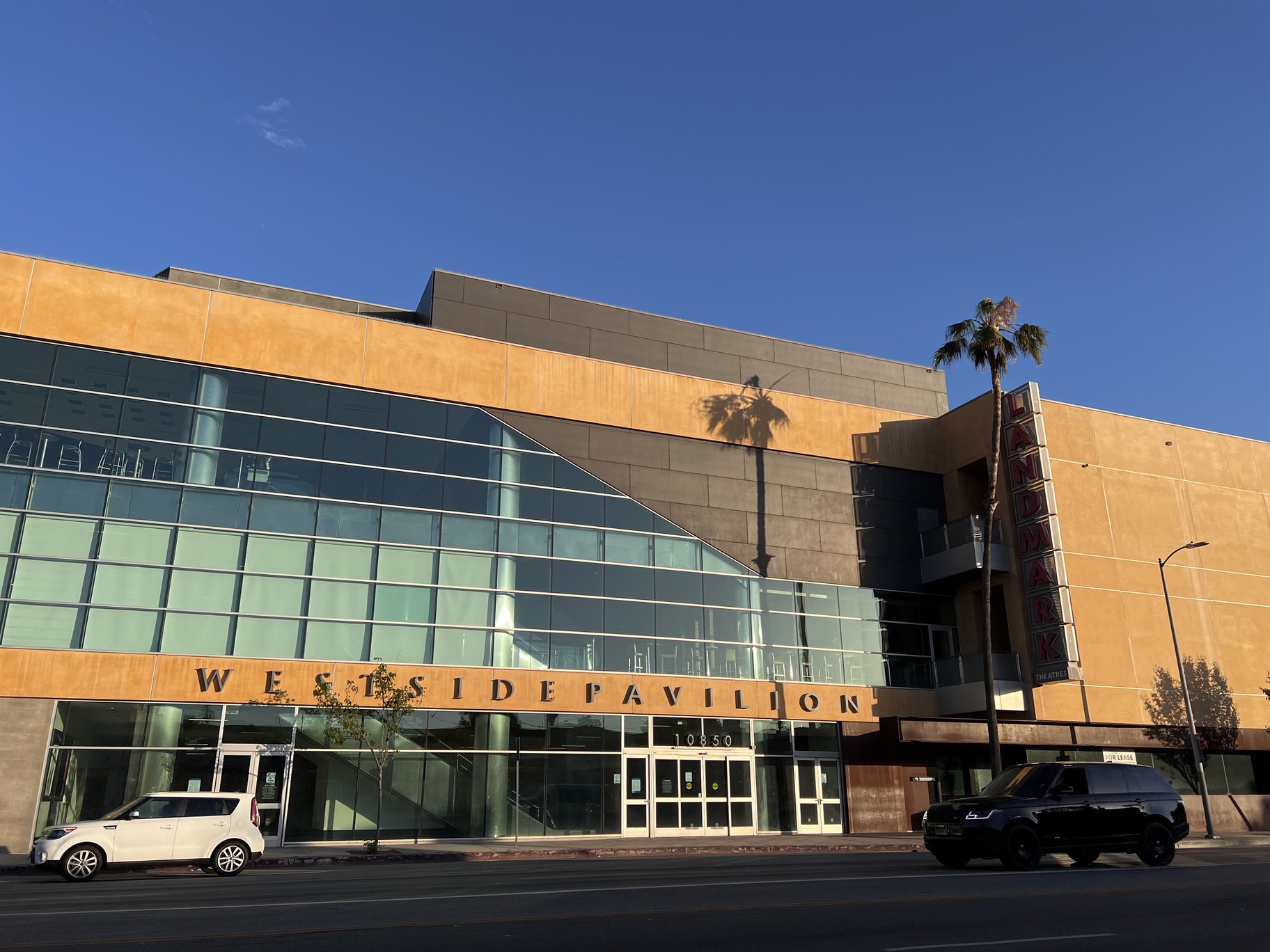 “[The Landmark] would like to take what is a very strong brand, and what was a great theater, and find a new home for it,” says Lucas Shaw, entertainment team leader for Bloomberg News. Photo by Steve Chiotakis/KCRW

Another smaller theater chain, Laemmle Theatres, has rebounded nicely following COVID pandemic closures and has been reopened for a year. Greg Laemmle, who’s owned the arthouse chain for decades, believes it’ll take time for all audiences to see movies in their nine theater locations again.

Laemmle is hopeful about the future, despite the closures of the Landmark and other venues. “This is a real estate issue, it’s not an entertainment issue.”

He adds that Laemmle locations will play some documentaries and subtitled films that used to screen at the Landmark.

And it’s not the end for arthouse film theaters or the movie-going experience, he says. “There is no replacement for the experience. Just because [these films] don’t have the special effects, they still really need to be seen on a big screen to be fully appreciated. And the demise of the movie business has been predicted before, and we’re still here and we’re gonna be here.”

Landmark on Pico shuts down. Issue is about real estate, not entertainment

After salty debate, plans for OC desalination plant are wiped out

Plans for a Poseidon Water desalination plant in Huntington Beach were unanimously rejected by the California Coastal Commission. What’s the future for desalination in the...