A Planet Fitness in Mid City, Los Angeles. Since LA’s gyms reopened a week ago, some Angelenos have flocked to their local sports centers. Others have run in the other direction — cancelling memberships. Photo by Amy Ta.

Cynthia Godslaw has been praying for the day gyms reopen in LA County — so much so that she was shocked when receiving an email from her local LA Fitness welcoming her back to its facility.

Pre-pandemic, Godslaw hit up the gym multiple times a week. When COVID-19 shut down LA County, her daily routine shut down.

Godslaw is one of many Angelenos who’ve welcomed the return of gyms since they reopened at 10% capacity last week. The reopening results from drops in COVID-19 cases, hospitalizations, and deaths. If LA County continues at its current rate, it could shift from the red to orange tier next week, which would allow gyms to open at 25% capacity and bars to reopen without serving food.

Making it work (out) at home

Like many Angelenos, Godslaw was relegated to exercising at home, at local parks, and on county trails. She was dragged out on a few socially distanced hikes with friends, but quickly realized she’d much rather hike for meditation rather than a fitness goal. It’s a far cry from the controlled environments she was used to at the gym.

“I just cannot be bumping into hikes that take my whole life and breath away,” Godslaw says. “I know that when I walk in, the treadmills are here, the stairmaster is there. I get to go and experience a beautiful sauna. I already know the people in the community … that come to workout.”

“I think honestly as the months went out, people were like, ‘I feel horrible and I need to work out,’” Howard says. “I found myself in different people's driveways, sometimes in a raincoat and getting rained on, but like just trying to keep the torch and keep the sessions alive.”

When she wasn’t training clients in their driveways, Howard took them on hikes in Griffith Park and other spots around LA. 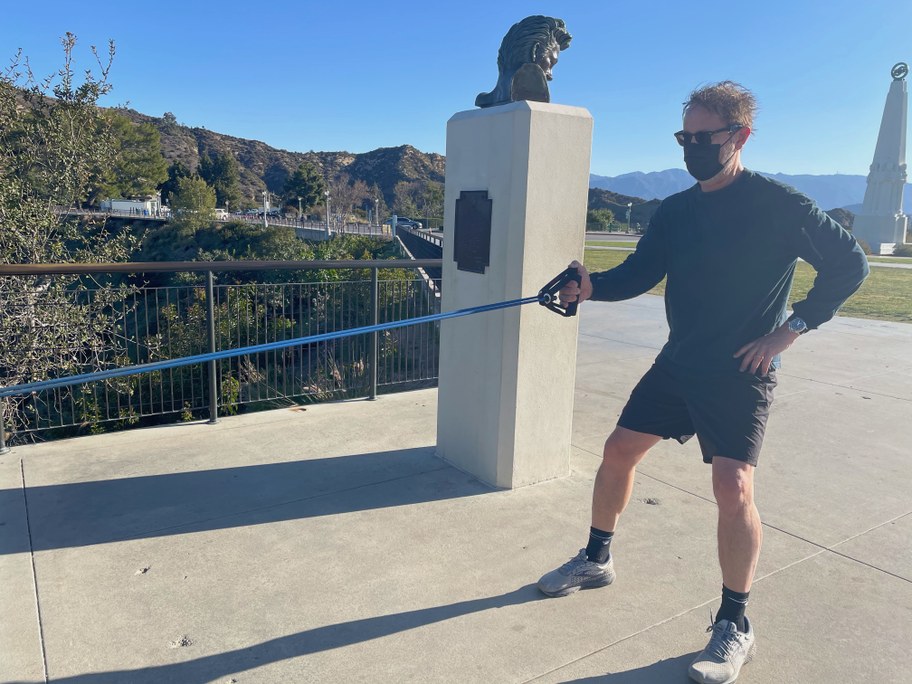 One of Susan Howard’s clients works out near the Griffith Observatory. Photo by Susan Howard

A sense of normalcy

Cesar Fonseca doesn’t call himself a gym rat, but admits that gyms help regulate his mental health. Getting toned was just a great perk.

After receiving his second vaccine dose, Fonseca stepped into the gym this week for the first time since last summer. But he had to wait to get inside — due to the 10% capacity limit — and anticipation built up as he was in line.

When the moment finally came, he was struck at how normal it all felt.

“It was definitely a mindfuck, I'll tell you, going inside a gym. … But I'm just happy to be able to have the opportunity to do things that resemble some kind of normalcy in California,” Fonseca says. “Our cases were going up and I feel like our restrictions were getting tighter and tighter and tighter. And to be able to [go back], it kind of symbolizes a little bit of hope and a light at the end of the tunnel.” 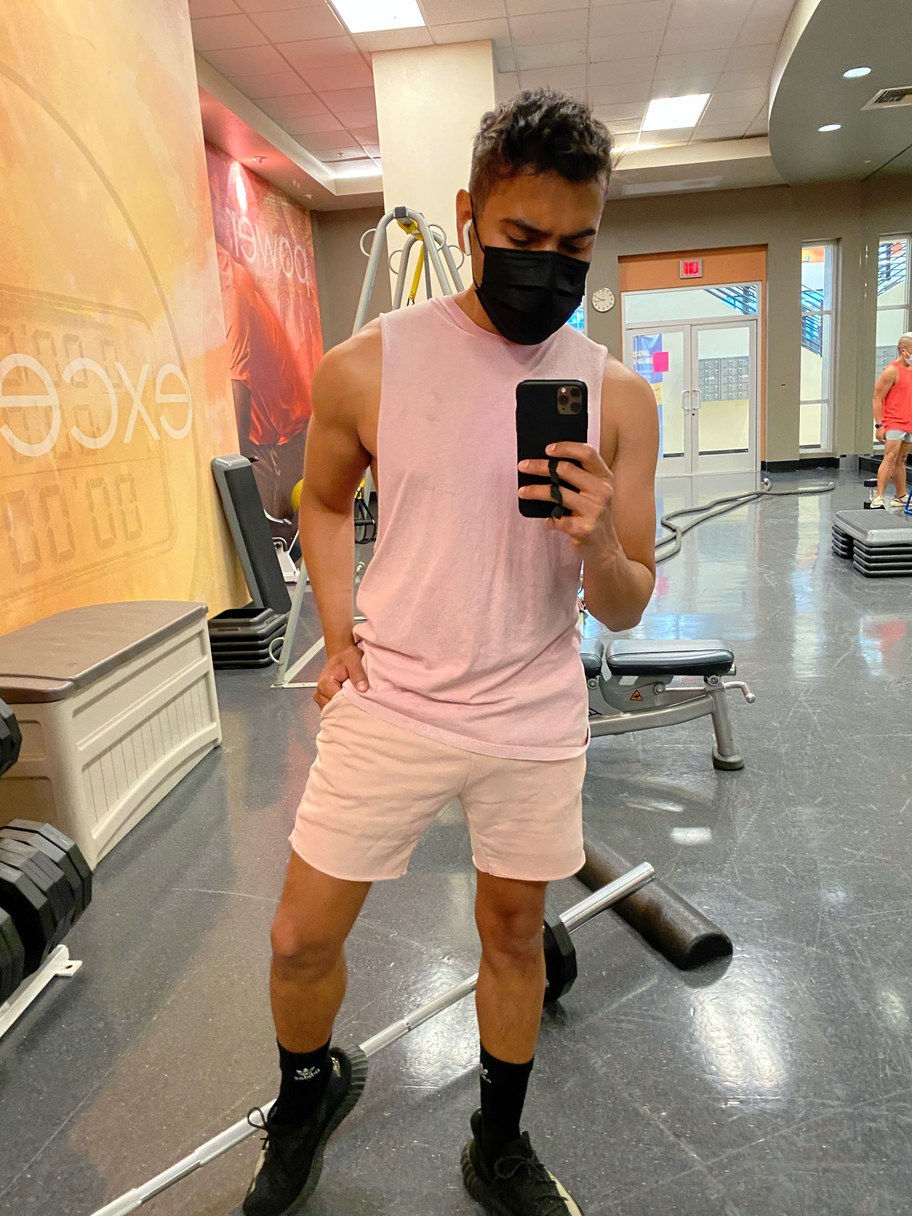 But despite how normal it felt, Fonseca says he probably wouldn’t have gone back so soon without the vaccine, and he’s still trying to process what it means to be indoors with strangers again.

“I feel a little bit more safe. My brain is starting to kind of shift … it’s okay to interact with someone else, and if they’re not wearing a mask, you should be okay. But it’s still tricky,” Fonseca says.

For others, like Simone Cromer, there’s been no hesitation in what to do now that gyms have reopened. After driving by a local LA Fitness parking lot filled with cars, Cromer says she immediately cancelled her membership.

“I've seen people not wanting to wear a mask. I don't feel that the cleaning techniques at the gym would be up to par enough for me to feel comfortable working out on a piece of equipment for 30, 45 minutes,” she says. “Even though I'm fully vaccinated … this is life and death. This is COVID-19. And I just want to protect my health right now.”

Cromer, who works as a compliance consultant in the medical industry, says that she hasn’t been to the gym since February 2020.

“I knew that with this new virus spreading, I didn't want to take any chances. … The last time I went, I actually went to a yoga class, but it was just like, the impending doom of super virus, and I’m like ‘No, I don’t want to deal with it.’”

Today, she’s still unclear when she might feel comfortable going back. One thing is sure however: She won’t be returning to an indoor gym until at least the end of 2022.