Analise McNeill is a furniture salvager and says much in her home is filled with items she found on the streets of LA. Photo courtesy of Analise McNeill.

While walking or driving down the street, has a piece of furniture ever caught your eye? It could be a couch or a bedside table, sitting idly along the sidewalk or propped up haphazardly against the side of a building. It’s someone’s discarded furniture. Do you see bug-infested trash or salvageable treasure? Writer Julissa James explores the sometimes controversial obsession of reclaiming abandoned furniture in a recent LA Times piece.

She says that because of the sprawling nature of LA, finding street furniture can come naturally to salvagers in the area.

“We're a driving city, right? It allows us to easily drop pieces off on the curb, pick them up, scope them out if they look usable or interesting. We're also this sprawling metropolis and street couches are a natural byproduct of that,” she explains. “There's so many people who live here, and also at least transient nature, right? People are always moving in, they're always moving out.”

So what’s the key to sifting through what’s out there and finding a diamond in the rough? According to furniture salvager and TV writer Analise McNeill, check out sleepy neighborhoods that might not get much car traffic. Big apartment complexes are also good spots because of how often residents might be moving in or out. It’s also critical to check for bugs. James notes she often looks for furniture that can be sanded down or reupholstered as well.

Then once an item is found, McNeill often rents a steam cleaner (like a Rug Doctor that grocery stores offer) and gives items a good cleaning. 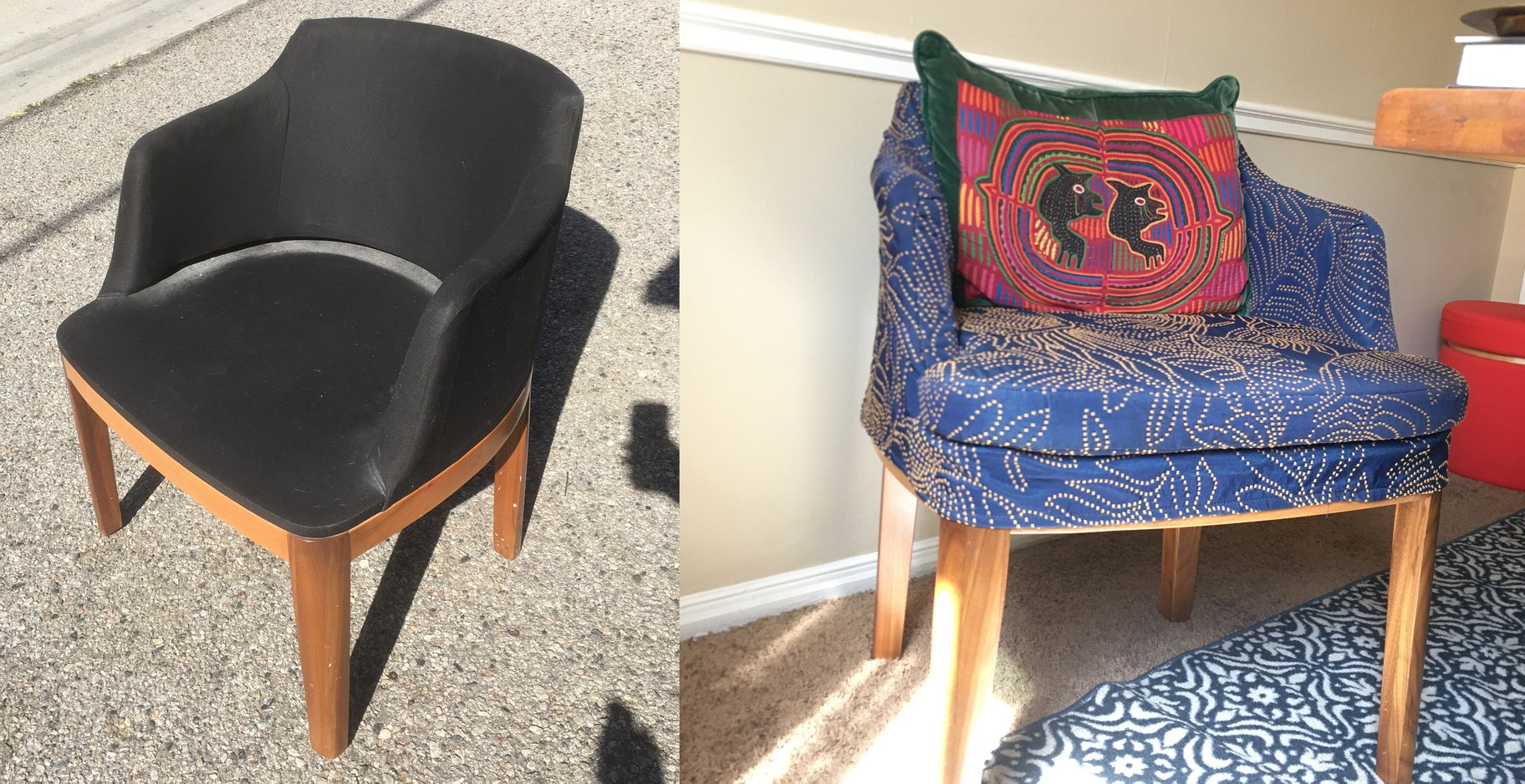 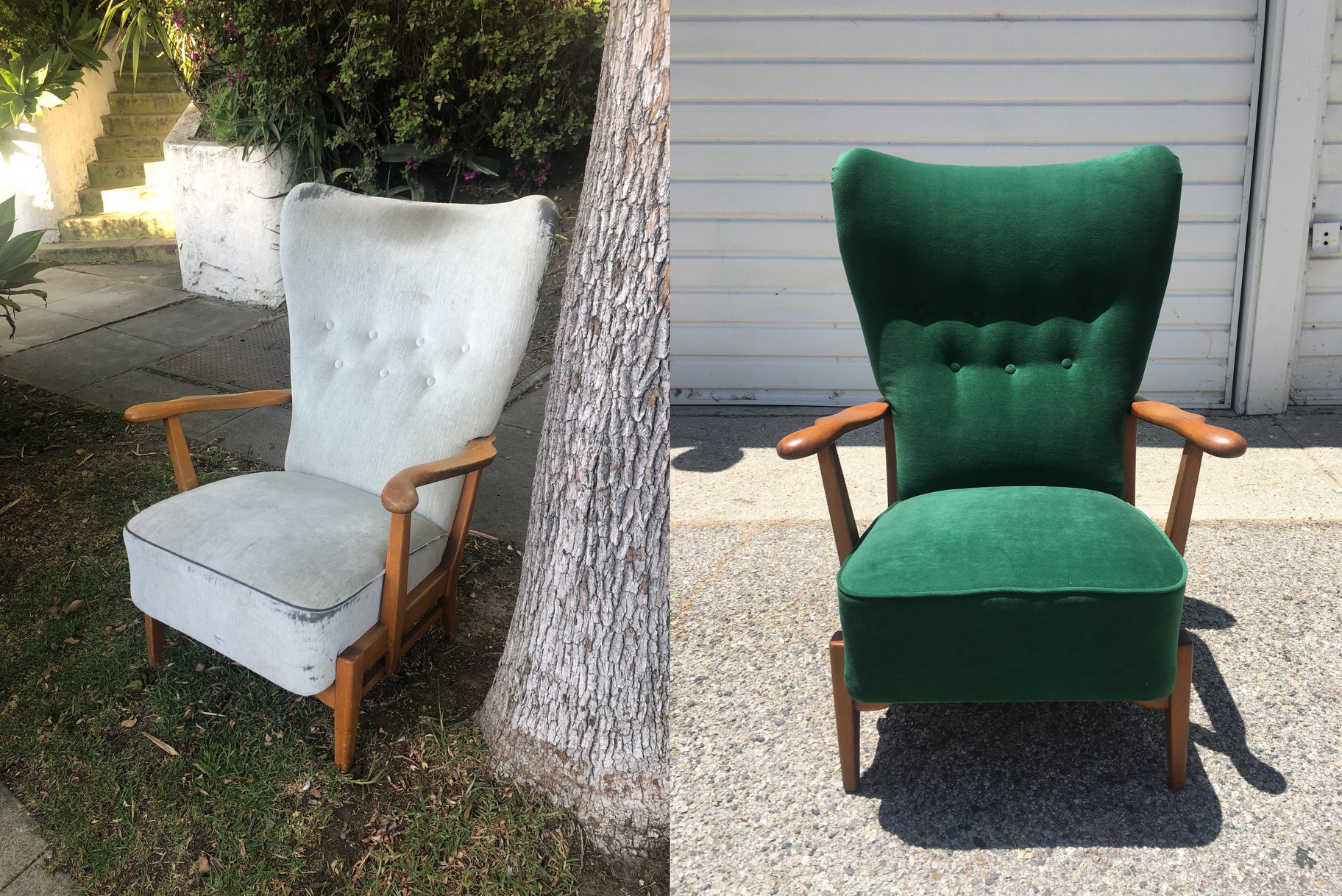 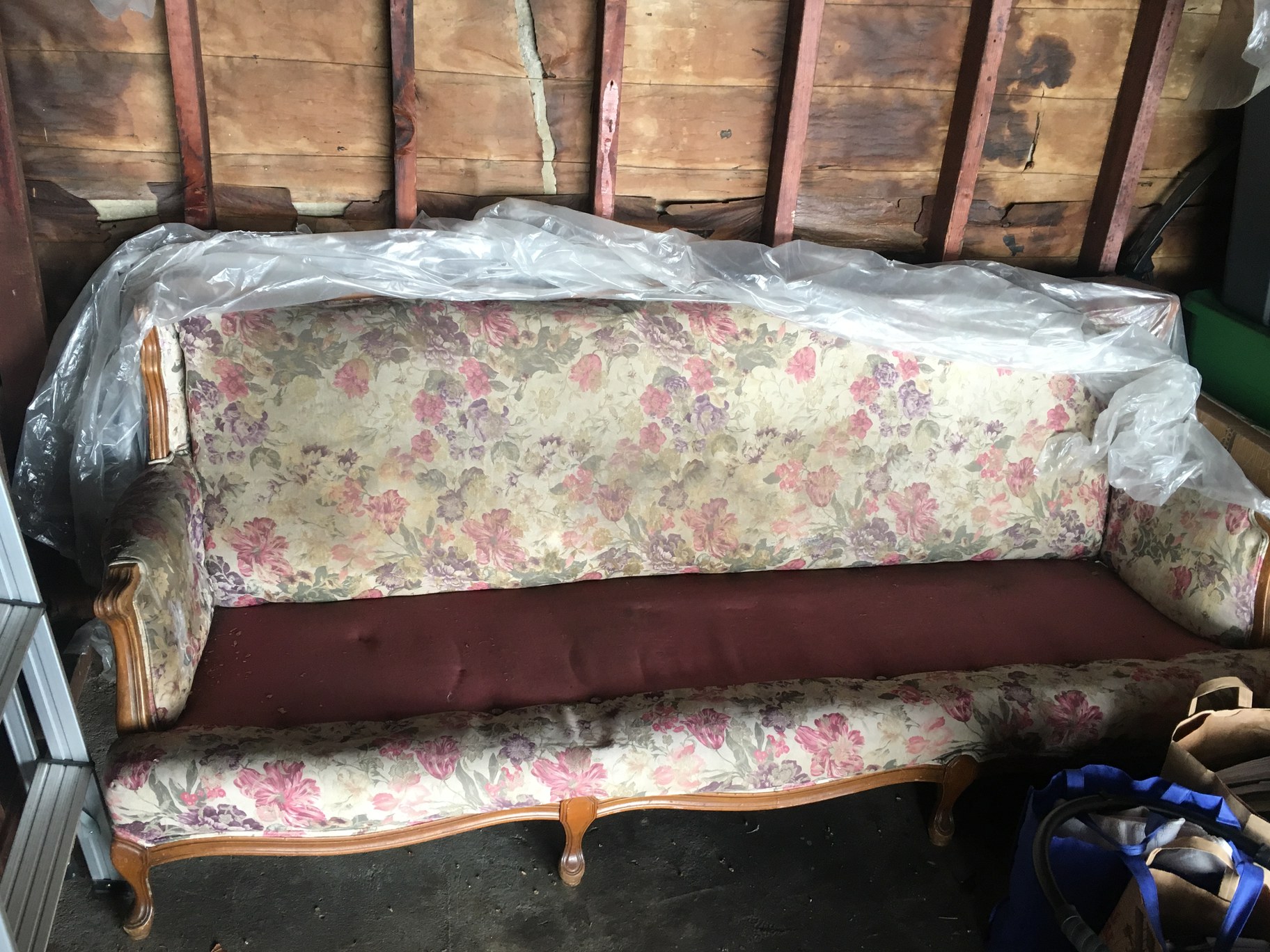 A plastic-wrapped couch before restoration. Photo courtesy of Analise McNeill. 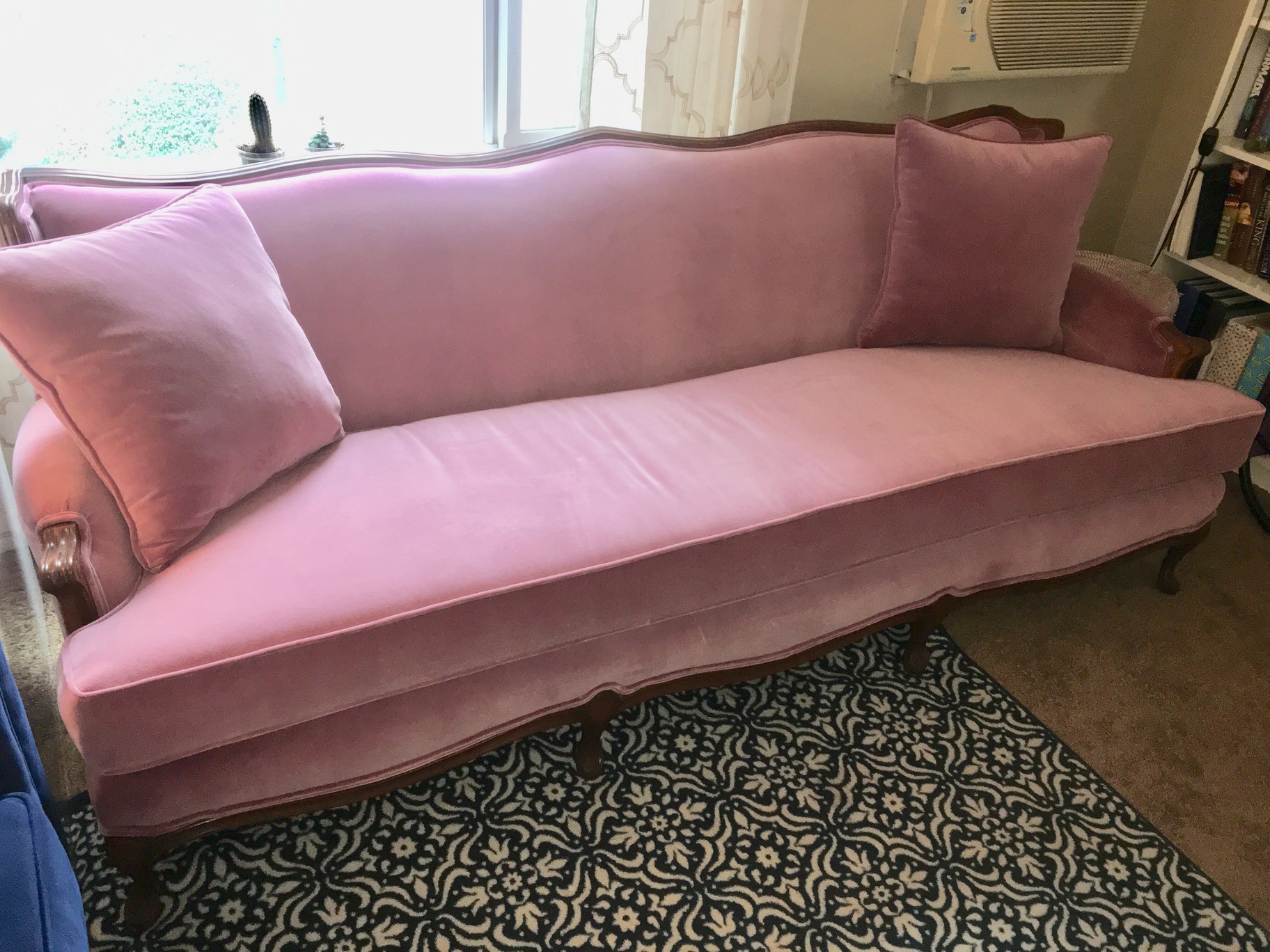 This reupholstered sofa used to have a floral design. Photo courtesy of Analise McNeill. 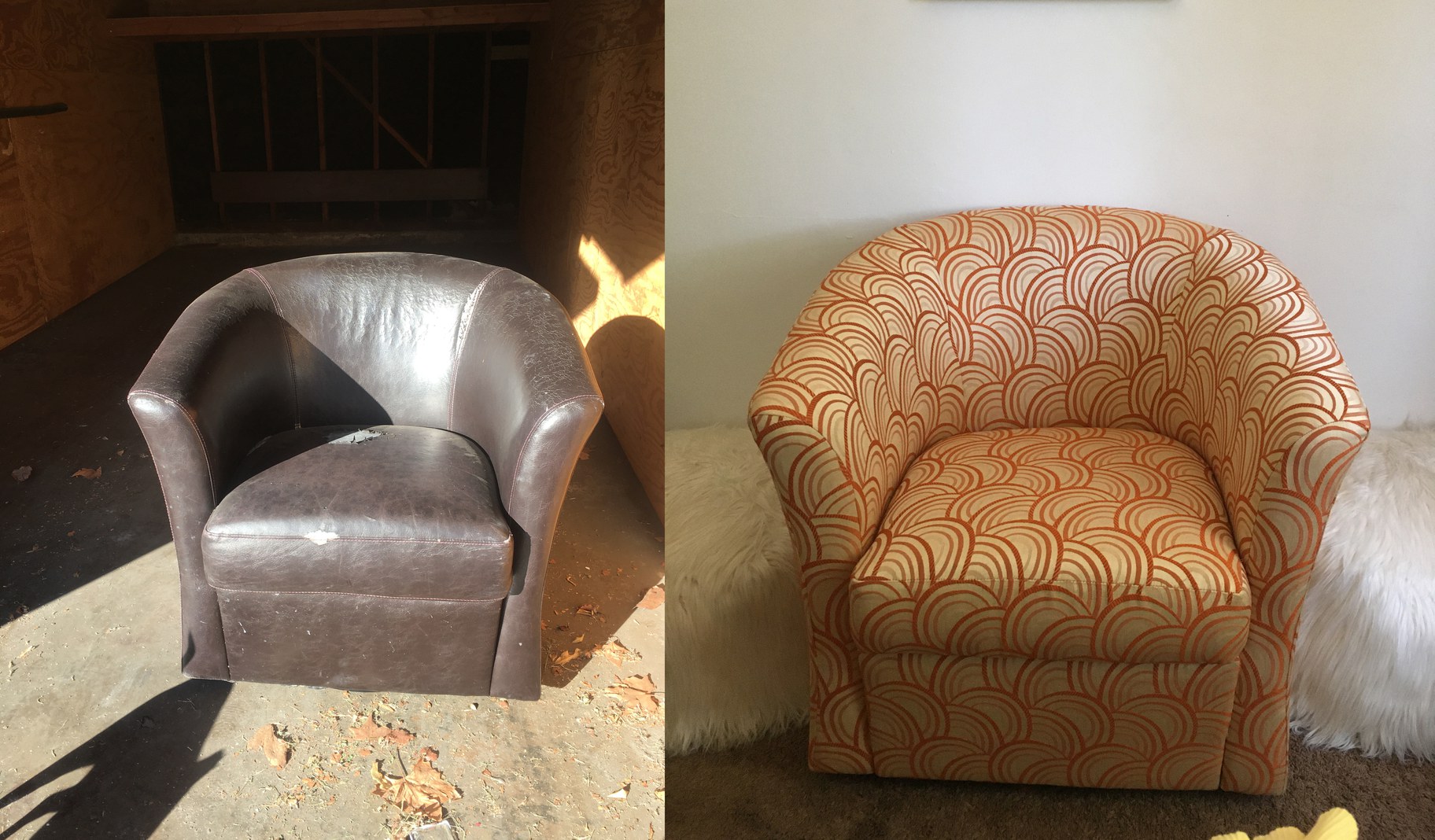 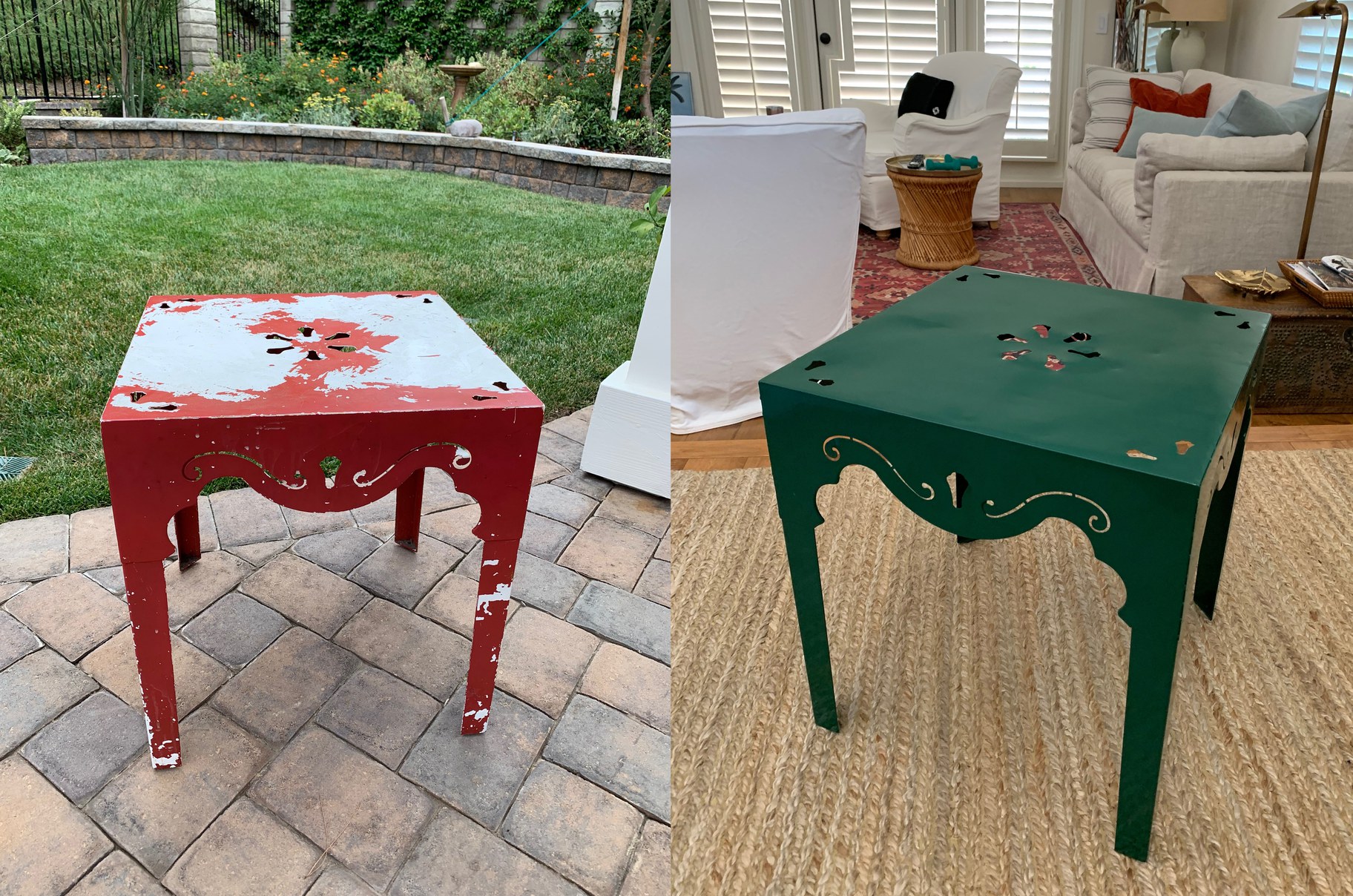 Flying cars are coming to LA, possibly as early as 2023. The “urban air mobility” industry sees the city as an ideal place to build highways in the skies, but there are...