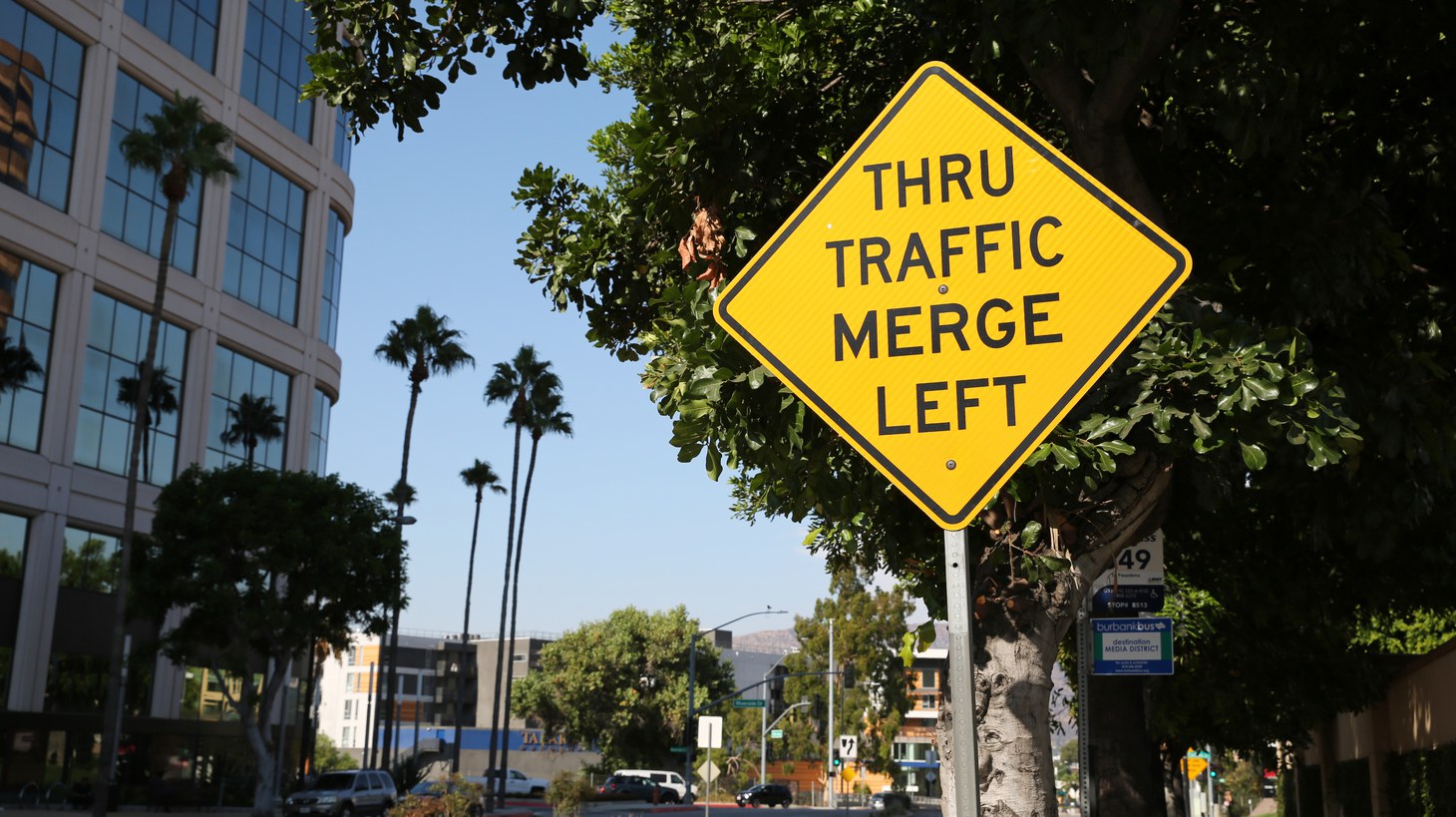 A sign in Burbank says, “Thru traffic merge left.” Studies have shown that zipper merging helps traffic flow better, but California transit officials don’t plan to adopt it as an official rule yet. Photo by Shutterstock.

More people are shifting from remote work and returning to offices, so you’re likely experiencing busier roads. When you see that your lane is coned off ahead and you must merge, do you wait until the last minute to do so or start early? Some transit researchers have recommended merging late and thus taking advantage of the full lane that’s ending. It’s called zipper merging — when cars take turns merging, literally zippering together into a lane.

LA Times reporter Jonah Valdez recently wrote about how Californians are doing it all wrong. He spoke to officials from CalTrans, California Highway Patrol (CHP), and the Department of Motor Vehicles (DMV), who pointed him to the DMV handbook for guidance.

He says the book recommends that “in construction zones, you should actually merge early, which is the exact opposite of zipper merging, which is using both lanes to its fullest extent, and taking turns when the lane ends.”

Whichever way drivers choose to do it, it isn’t illegal, explains Valdez.

But when drivers merge late, it can appear rude. And that’s a risk since road rage incidents have surged during the pandemic. “So I think the concern is legitimate. If you have thousands, if not millions, of drivers in California who might not know what the zipper merge is, they are going to project all sorts of their emotions on you, and they might think what you're doing is rude. And they could react negatively to that.”

Studies have shown that zipper merging helps traffic flow better. Some states have adopted zipper merging into their road rules and launched creative campaigns to educate drivers about it, including Oregon, Kansas, and Montana.

In total, 34 states have endorsed the zipper merge in some way, explains Valdez. But that may not be on the horizon for California. “From what I've gathered, talking to California traffic officials, there's nothing really in the works,” he says.

Valdez adds, “I think we're just kind of left to our own devices here on the road and looking to other states for some guidance.”