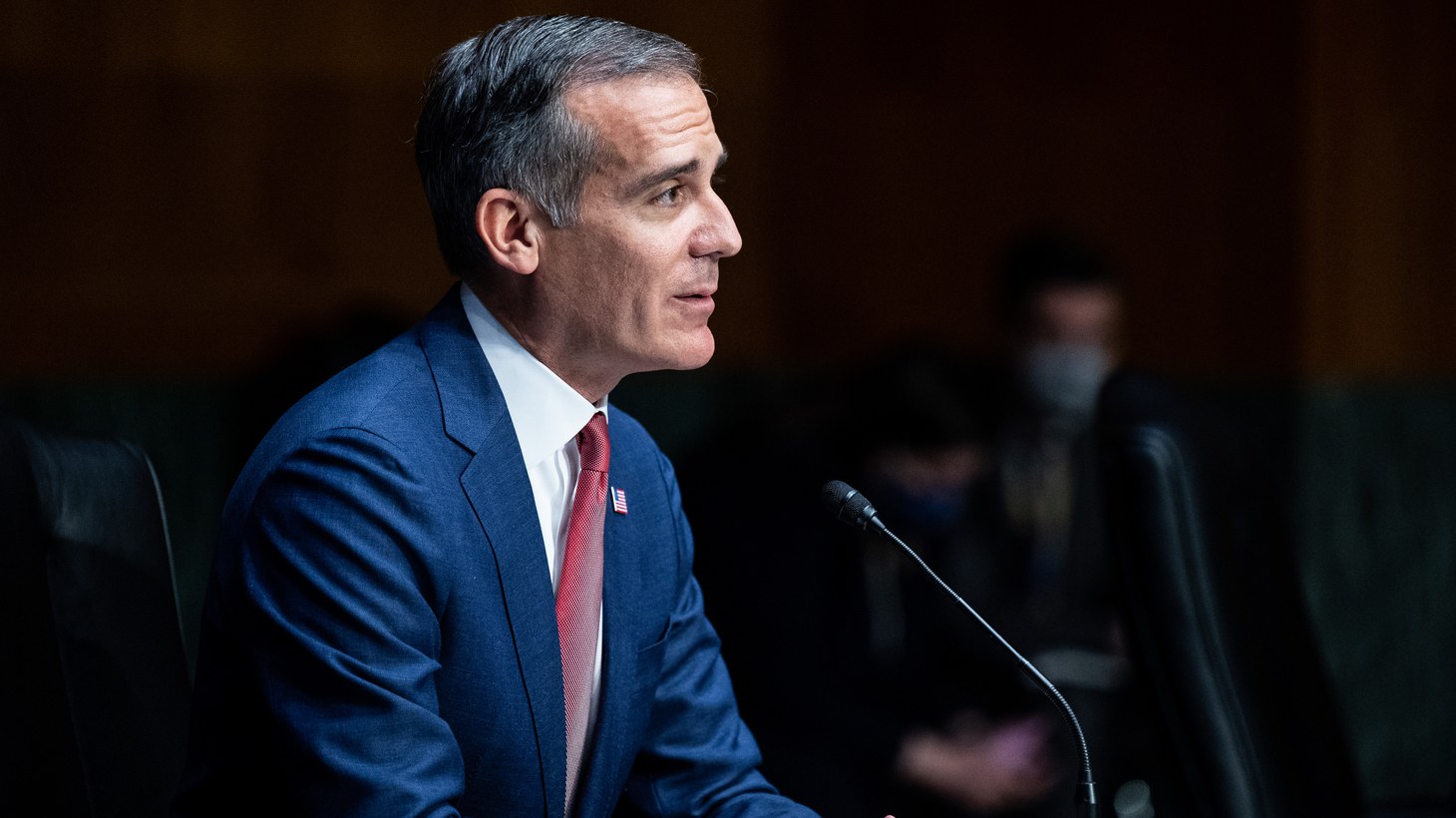 Eric Garcetti, nominee to be ambassador to the Republic of India, speaks at a hearing of the Senate Foreign Relations Committee, December 14, 2021, Washington, DC. Photo by Michael Brochstein/Sipa USA.

LA Mayor Eric Garcetti’s nomination to be U.S. ambassador to India is awaiting confirmation from the Senate. The Foreign Relations Committee voted to approve it in January, but Senator Chuck Grassley has put it on hold. The Iowa Republican says he has received new credible allegations that Garcetti lied to a congressional panel.

Grassley has said his office will conduct its own investigation into the claims that Garcetti lied when he testified that he was unaware of harassment claims made against Rick Jacobs, his former deputy chief of staff. Garcetti maintains that he did not know of the allegations at the time. The mayor says that if he had known, he would have acted to stop the behavior. Now the future of Garcetti’s nomination remains uncertain.

One of the main whistleblowers in this case, and the woman Elex Michaelson references, former Communications Director Naomi Seligman, says Michaelson is “unequivocally wrong, in the context of my making the complaint to Ana Guerrero about Rick Jacobs forcibly kissing me.”

“Only Ana has denied it. Under oath, by the way,” Seligman says. “Since the conversation took place in her office, nobody else has first-hand knowledge.”

“Another vital fact here is that I have a corroborating witness, Rebecca Ninburg of the LA Fire Commission. She testified under oath that I told her about both the incident and that I reported it to Ana right after it happened.”

Michaelson, for his part, writes, “Some members of the Mayor’s team who were in the room with Mr. Jacobs and Ms. Seligman that night in 2016 told me they never saw a kiss occur. They have not made that statement under oath.”

LA Plaza Cocina is the U.S.’ first museum dedicated to the richness and diversity of Mexican cuisine. Its first exhibit focuses on corn.