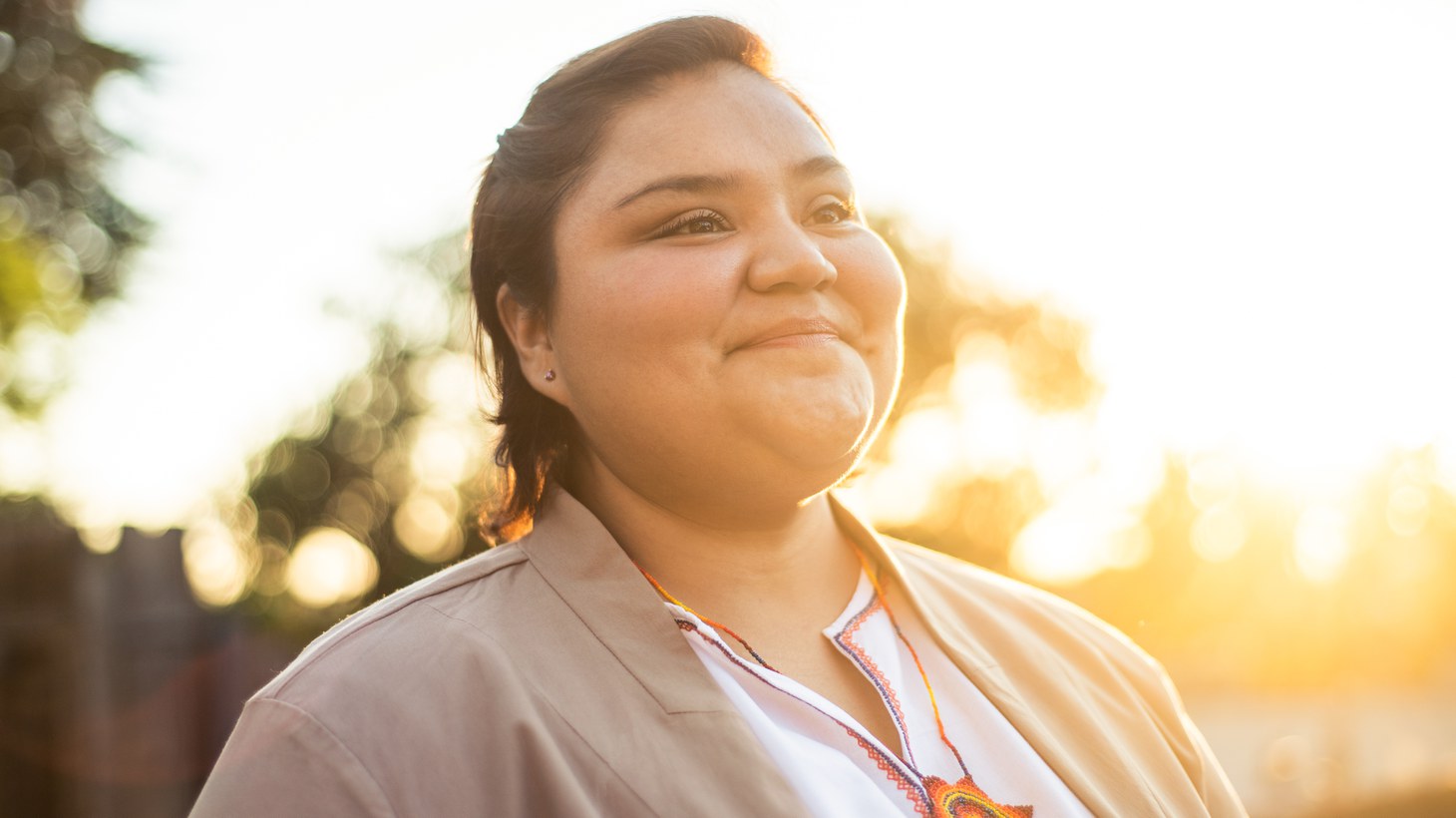 Eunisses Hernandez has ousted City Councilmember Gil Cedillo of District 1 — marking the third time in 25 years that a challenger beat an incumbent in a Los Angeles City Council election. She won by about 2,400 votes — after waging a campaign that involved more than 60,000 door knocks. She’ll be sworn in this December.

It’ll be Hernandez’s first time serving in a political office, but she’s no stranger to local politics. She led the fight to stop a $3.5 billion jail expansion in LA County, and she helped pass Measure J in 2020, which funds community programs and alternatives to incarceration.

Hernandez tells KCRW that watching her community struggle during the pandemic was the catalyst for her to run for office.

“The political window was open for leaders to really take some direct action on helping those folks who have been most left behind, our lowest-income communities, or migrant communities. And still those communities had to play a lot of defense, just to even be heard.”

She continues, “That was one of the last straws that broke the camel's back where I felt that we needed something to change, because a lot of my community members were not going to survive another four years under the same leadership.”

She admits that running for office was tough as a newcomer, and gives particular credit to the ​​women of color and queer women who were leading her campaign.

Campaign donations came mostly from community members too, with less than $80 as the average contribution. “[We] even refunded thousands of dollars that we got in donations from special interest groups, especially from developers and real estate, because we wanted to be only accountable to community.”

A way to stay connected to community members, she points out, is to keep canvassing.

“Over 60% of my district are people who are renters, who are tenants. We want to do renter advocacy and renter rights education. And that's going to require us to continue to knock on doors. So meeting people where they're at — both in their homes, but also digitally in their hands.”

It’s also important to give people information in their own languages, she notes. Her campaign materials were in Cantonese, Spanish, and Korean.

As Hernandez takes her seat on the City Council, one issue she’ll face is gentrification, which has been particularly affecting Highland Park, where she grew up.

“There needs to be transformative justice conversations between the businesses and the neighbors. Because if the neighbors feel harmed, folks need to get to the root cause of that,” she says.

Hernandez will also keep pushing for better access to mental health services and drug treatment, with a strong emphasis on creating alternatives to incarceration.

To further her mission on the City Council, she says, “I hope folks plug in to support the other campaigns that are going on leading up to November, because I myself cannot do it alone. But if we add another three people on [the City Council], I think we will make a big impact. So stay tuned people and stay plugged in through November.”

*Correction 7/8/22: A previous version of this story stated that Eunisses Hernandez's victory marked the second time in 25 years that a challenger beat an incumbent in a Los Angeles City Council election. It's actually the third time.

Two November ballot initiatives would legalize sports betting in California. They could provide a windfall for the state, but gambling addicts are worried.

Bars might be able to stay open for longer hours — if a new California bill is signed into law. Plus, a new state program means people must be certified to pour those drinks...