A view of the Los Angeles skyline from Lincoln Heights, where a group of local activists joined their neighborhood council to try to prevent gentrification. Photo by Nick Fox/Shutterstock.

Lincoln Heights Intel (LHI), a group of residents and organizers, was spurred into action by Avenue 34, a five-acre, 468-unit apartment complex featuring lots of retail space. Residents were concerned about being displaced and inhaling toxic fumes potentially emitted by the complex’s construction.

Sara Clendening, LHI social media and outreach coordinator, was alarmed late last year that other communities were learning more about the development than the people in her own neighborhood.

“We realized the developer had only done outreach with a small number of community members … of Montecito Heights. Richer people, whiter people,” Clendening said. “We need to bring the people of Lincoln Heights to the table here. This is the biggest development in the history of the community and nobody talked to anybody.”

The developer, the Pinyon Group, didn’t respond to KCRW’s request for an interview. Their development would have 60% of units reserved for middle-income households, 14% for low-income, and the rest would be at market rate. Pinyon Group has previously stated they follow strict state toxic control standards.

Clendening and LHI couldn’t lean on their city council member, Gil Cedillo, to fight the development.

He declined an interview request from KCRW, but his spokesperson wrote that Cedillo approved the project after negotiating some changes, including more affordability, tabs on potential soil toxicity, and reduction of potential traffic congestion.

From LHI’s perspective, the Lincoln Heights Neighborhood Council also was not spending enough time fighting this development — or spending much time together at all.

“We had a president resign and several people left with them,” said Gilbert Arevalo, outgoing Lincoln Heights Neighborhood Council president. “Consequently, we had a low membership. Barely enough to have a quorum so that we could have a meeting.”

LHI put together a slate of 11 progressive candidates to replace every member on the Lincoln Heights Neighborhood Council. Their platform focused on equitable land use.

“The Lincoln Heights Neighborhood Council was ripe for the picking for a group to come in,” Arevalo said. 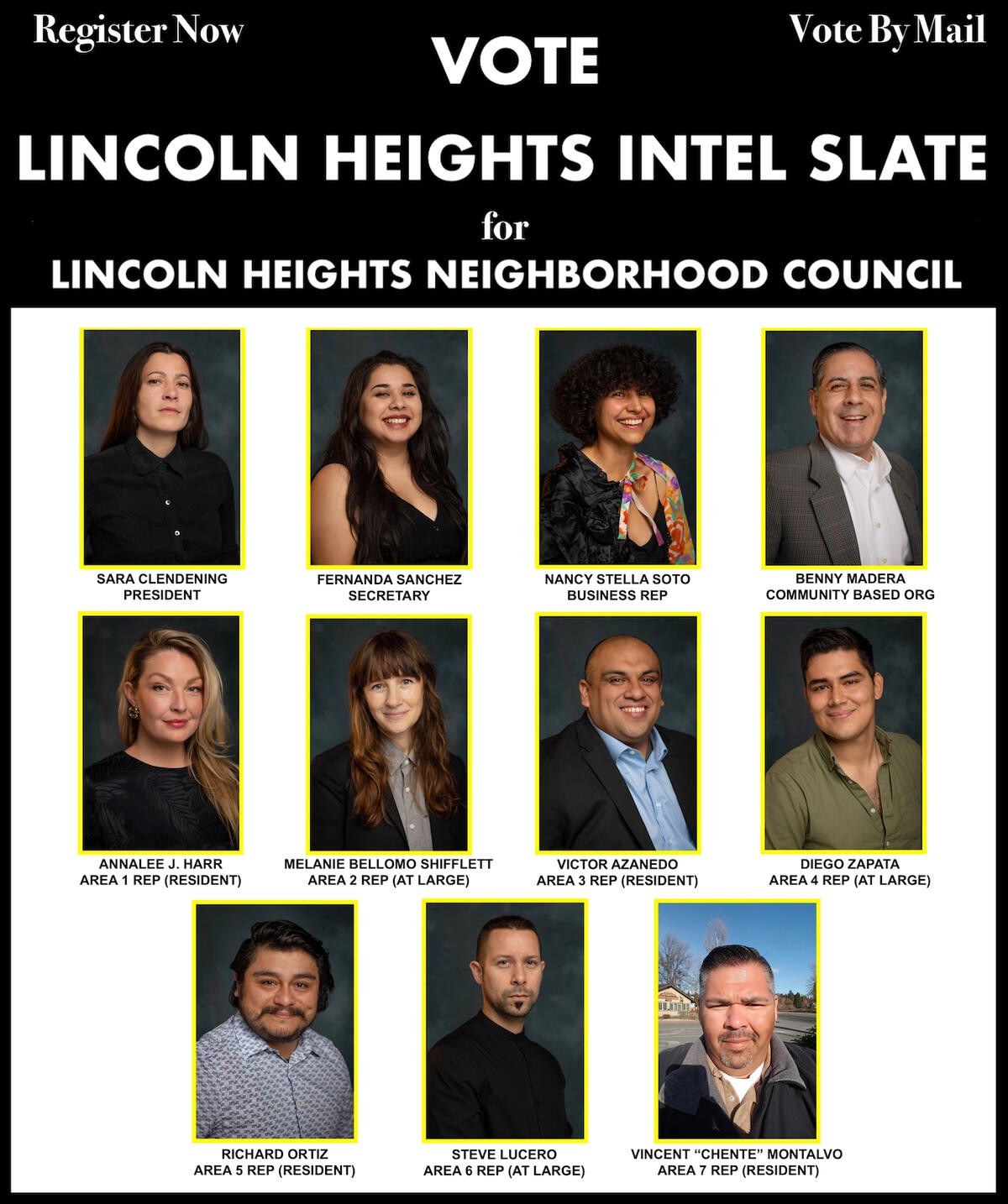 While a neighborhood council is mostly advisory to their LA City Council member, LHI believed it was worth fighting for this one.

“Advisory can become influential,” said Raphael Sonenshein, who directs the Pat Brown Institute for Public Affairs at Cal State LA. He created the concept of neighborhood councils to give people a greater voice at City Hall.

The neighborhood voted by mail on April 13, and those votes were tallied on April 27.

All 11 candidates on LHI’s slate won. Clendening is now the president of the Lincoln Heights Neighborhood Council after beating her closest opponent 155-27.

Their victory doesn’t mean Lincoln Heights won’t be gentrified. But they can make that more difficult for developers, according to Sonenshein.

“Neighbor councils are players, even though they can't make development happen … [and] they can't stop one. But they can make it more likely to happen, or less likely to happen by their support or opposition. And that's why even without formal power over land use, [neighborhood councils] are potentially going to become players in some of the land-use politics in the city.”

When engaging with anti-mask protestors, this LA professor used calm and curiosity

On May 3, CSUN professor Blaine Pope picked up his 11-year old daughter from school in Santa Monica, and when they were about to head home, they passed by a small group of...

Garden Grove knocked down trees to build homes. Now the city has a replanting plan

Once prospering with crops like oranges, walnuts, chili peppers and strawberries, the city of Garden Grove in Orange County now seems like a misnomer.