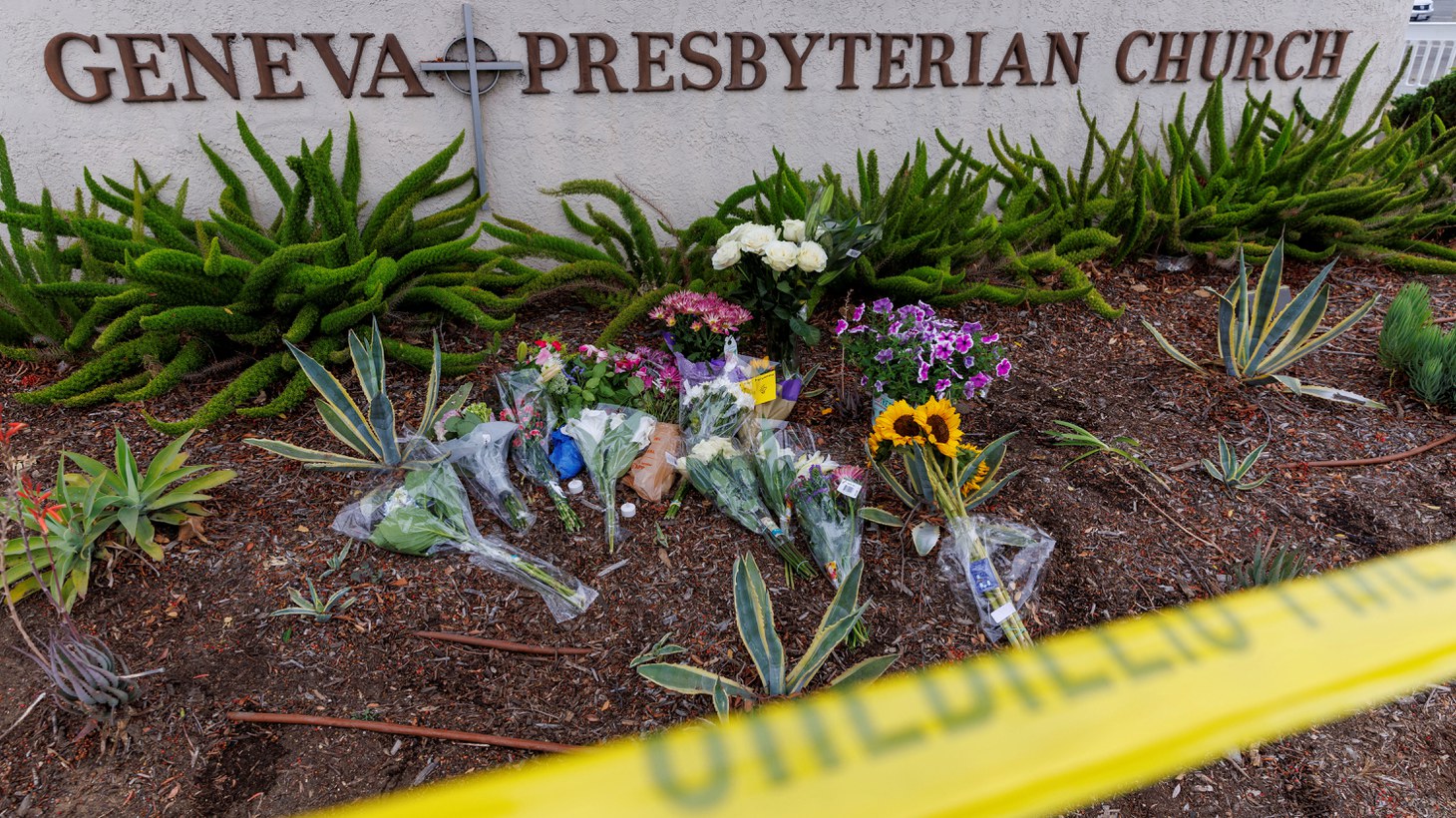 Outside Geneva Presbyterian Church in Laguna Woods, California, a memorial honors the people who were killed and injured during a shooting on May 15, 2022. Photo by REUTERS/Mike Blake.

On May 15, a gunman entered a Taiwanese church in Laguna Woods, California, killing one person and injuring five others. The FBI has opened a federal hate crime investigation, though much remains unclear about the motivation behind the attack.

The shooter's writings reportedly pointed to strongly held beliefs about a China policy claiming that Taiwan is Chinese territory, not its own independent democratic country.

“For second or third-generation Taiwanese Americans who grew up here or  were born here, we're a little bit more removed from that of course. So it's more important to probably our parents or those who live in Taiwan — the idea of Taiwanese independence or whether you're for one China,” explains Yorba Linda City Councilmember Peggy Huang. “But it is a topic that's discussed among the immigrants.”

Tensions between China and Taiwan have ramped up since Russia invaded Ukraine.

“Taiwanese Americans, when they hear about the live military exercises [conducted by China] … they’re concerned about the safety of their family members, and whether or not you would have this accidental bombing of a place,” she says.

However, many second and third-generation Chinese Americans and Taiwanese Americans living on U.S. soil are friends and even spouses, she notes.

“In America, we're just a community and we get along with each other. And we leave that tension to D.C. politics or overseas politics, but not here locally.”

For those wanting to help the families of people who were injured or killed in the May 15 attack, the Irvine Taiwanese Presbyterian Church (ITPC) is hosting a fundraiser. Much of the funds will go toward medical needs.

“We've been asking for a lot of prayers. And the … congregants have asked for … peace and distance because they're still having a hard time processing,” Huang says.