Rob Zabrecky at the Magic Castle. Photo by Amy Ta/KCRW

Compared to today’s Hollywood of glitzy malls and high-priced condos, Hollywood in the 80s and 90s was a more raw, seedy place. It was filled with the kind of dives that Charles Bukowski liked to visit, and no shortage of drugs and prostitution. 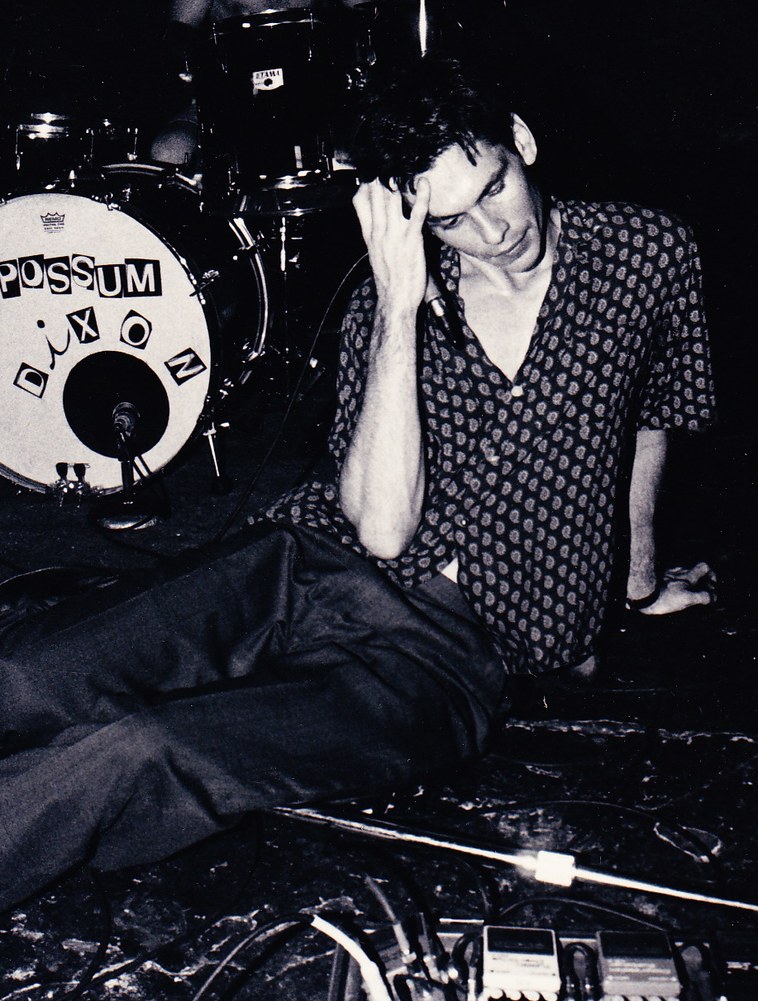 But before landing in Hollywood, Zabrecky grew up on a sleepy street in what he calls “boring Burbank” in the 70s and 80s. The street pointed south, to Mt Lee. And in his new memoir, “Strange Cures,” Zabrecky describes his early teenage years looking up at Mt. Lee, knowing the big white Hollywood sign, the Sunset strip, and everything fun and exciting was happening on the other side. 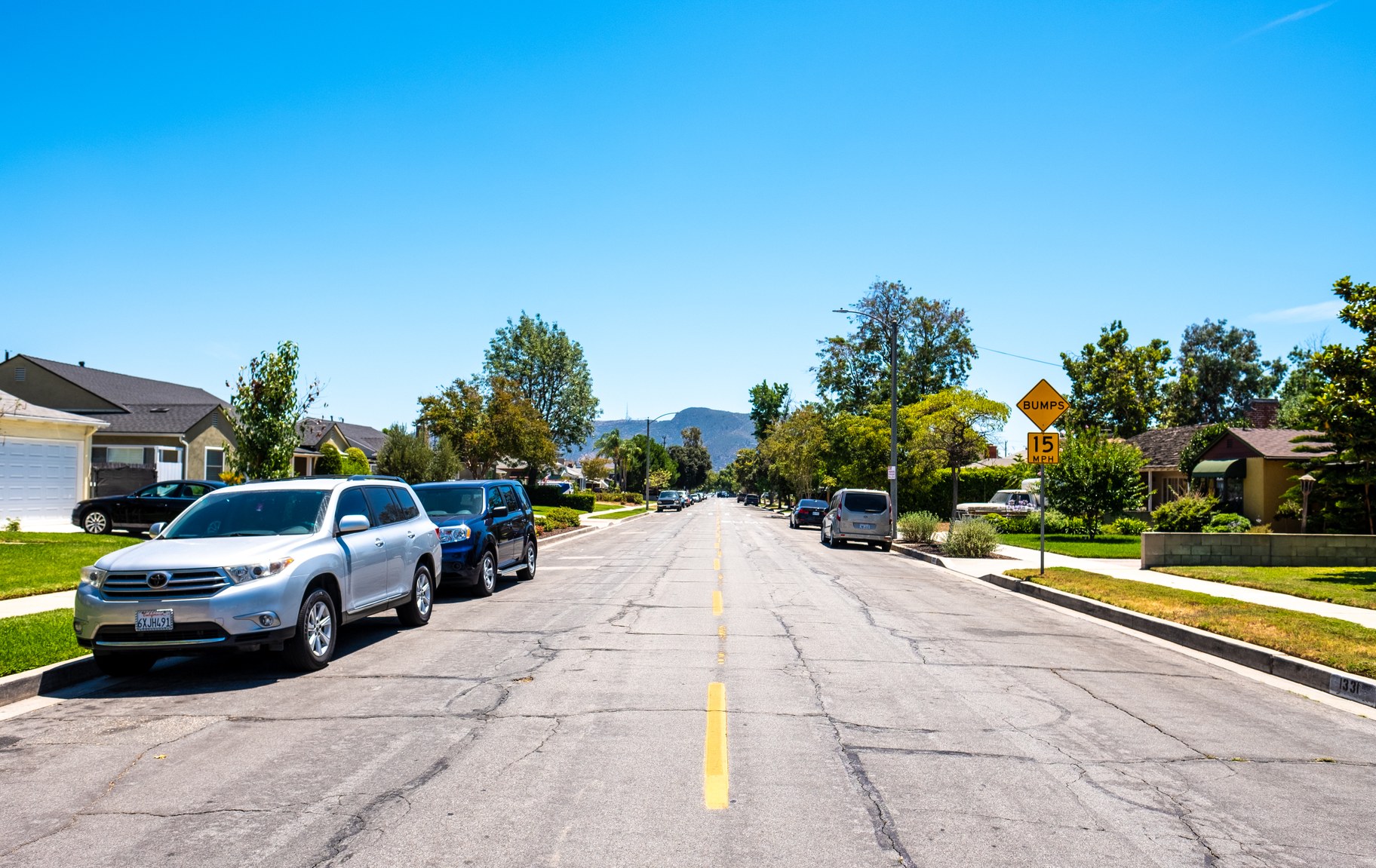 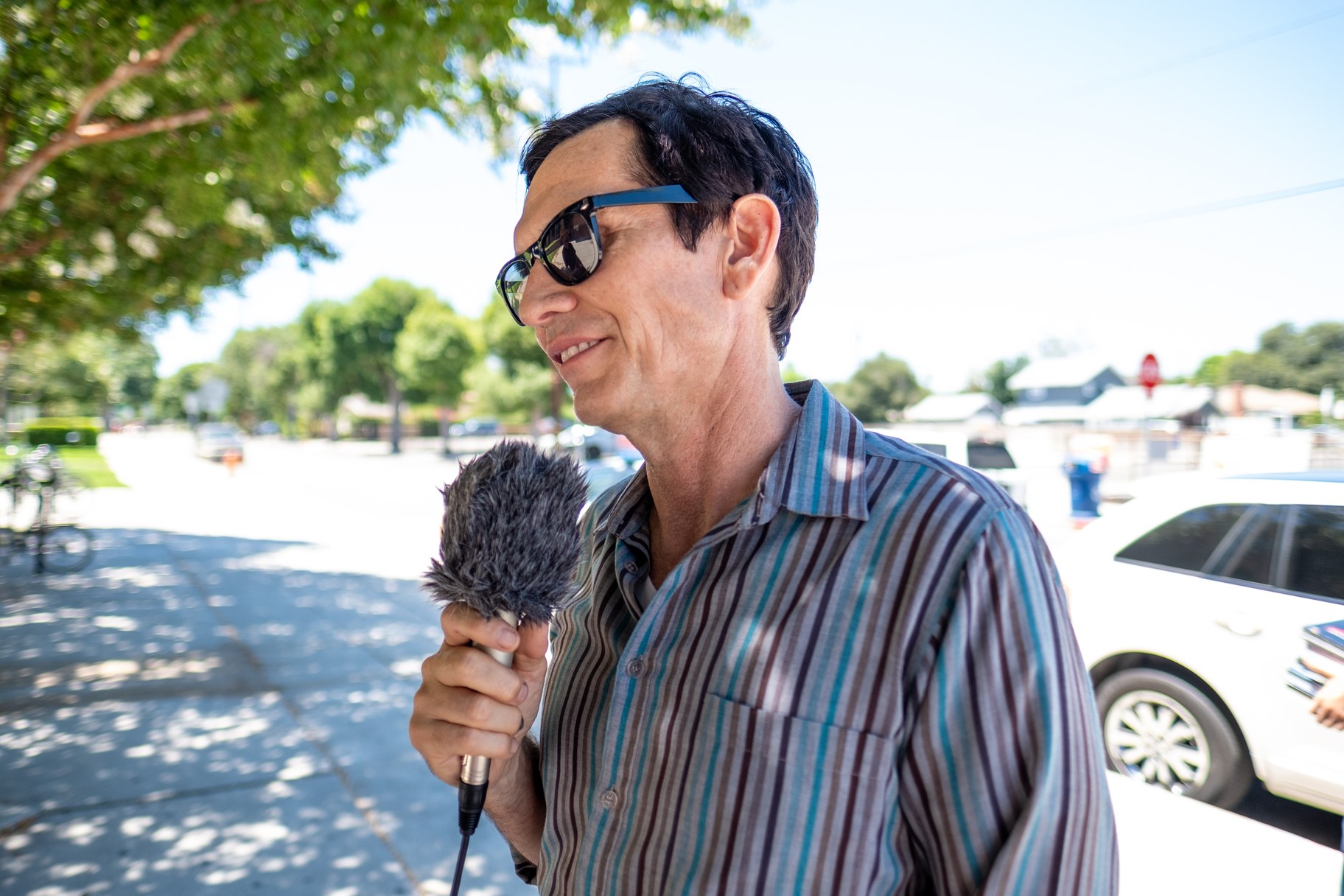 Zabrecky speaking with KCRW on his childhood street. Photo by Amy Ta/KCRW

In middle and high school, Zabrecky and his friends started taking the bus over the Cahuenga Pass and into the weird and wonderful maelstrom that was Hollywood in the 1980s. 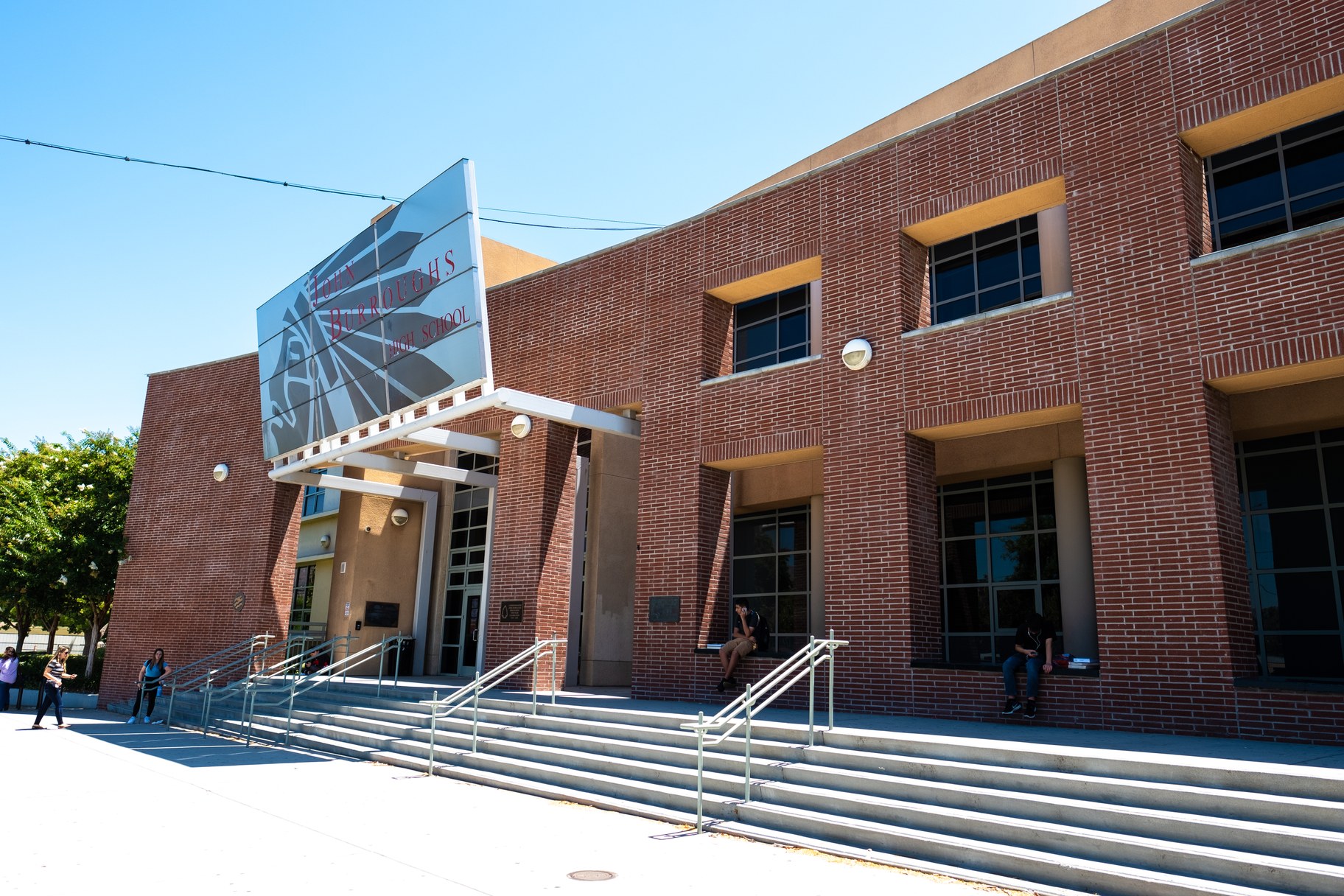 “The bus ride was incredible because you pay your 35 cents or whatever, and get a transfer, and get off at Hollywood near Cahuenga," he recalls. "And then you could go down to Melrose and kind of dip in all the shops that were selling all the latest records, and fashions, and all that jazz… It wasn't uncommon to see transvestites on the bus, or junkies, or just weirdos. And dropouts would kind of hop on along the way.”

There was plenty to see along the way, like the “sheet lady,” clad in nothing but a sheet and holding up a sign saying “Welcome to Hollywood.”

There was Dean Jeffries’ car lot. Jeffries made custom cars for TV shows and movies, and Zabrecky says the lot always held “Death Race 2000” cars and Wienerschnitzel vans, and cars that looked like shoes.

Then there was the run-down motel called Arthur’s Hideaway. "In high school, we would drive by Arthur's… You would see people that were carrying video equipment, and prostitutes, and crack fiends going into that place. It was subversive, and it was dark, and it was trippy, and it was like it was something crazy was going on in there. And we were like, 'Well, that's rock bottom.' Because I always looked at that like that's where the real drug addicts go," he says.

Once the bus dropped them in Hollywood, Zabrecky and his friends spent hours checking out bands on the Sunset strip, and going to music stores to find the latest releases. And while they had smoked plenty of pot at John Burroughs High School in Burbank, he says it didn’t take long before they started finding harder stuff on the streets and in the clubs of Hollywood.

“I once brought a girl here on a date, and I decided that I wanted to buy some crack cocaine at this intersection at Yucca and Wilcox…and she got out of the car, and ran to a pay phone, and called her friend to pick her up," he says. "And I was begging her to get back in the car. And I pulled over and smoked some crack, and I begged her to get back into the car, and everything was gonna be fine. And she stood there stoically until her friend came. And I never talked to her again.” 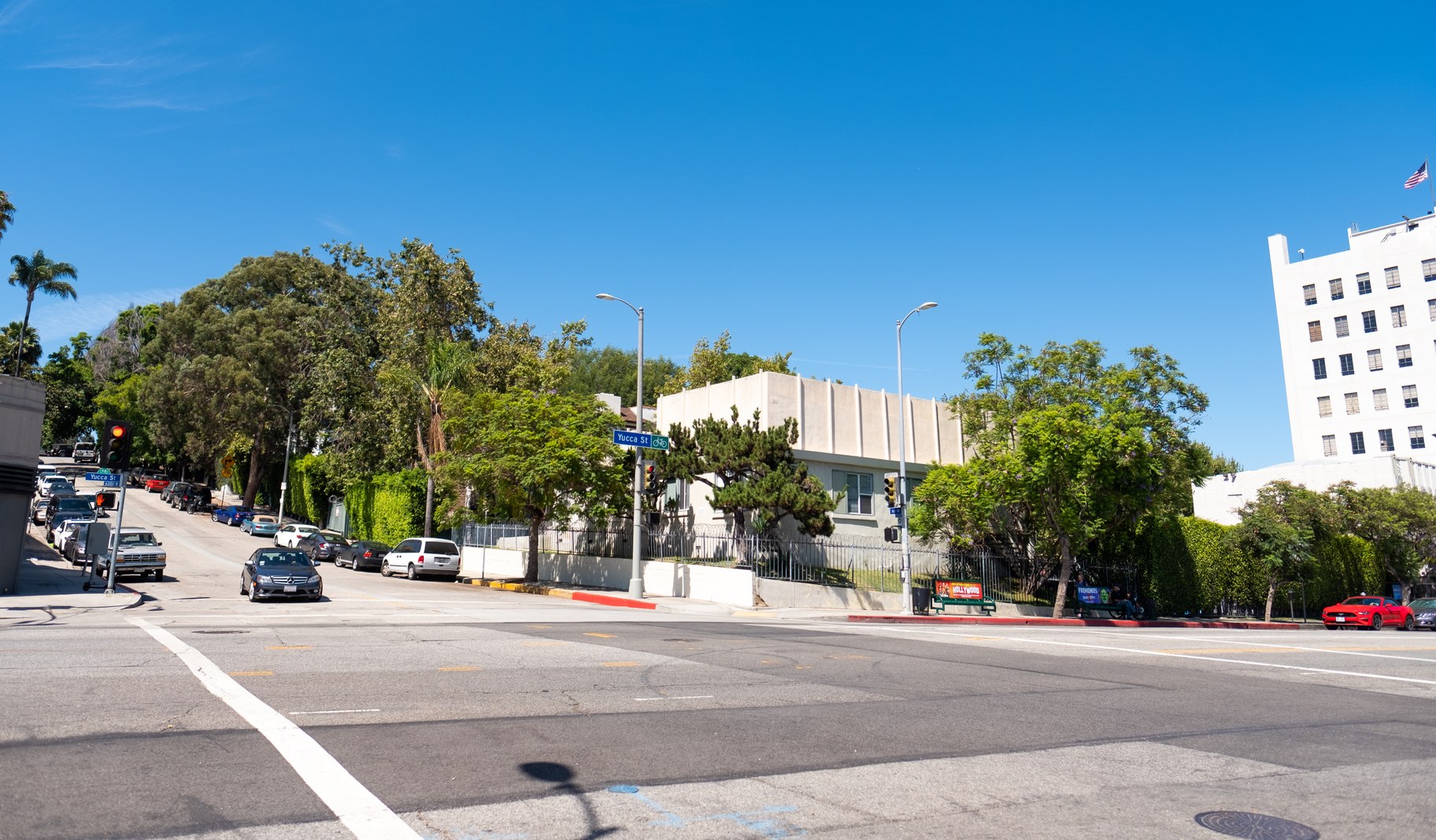 Zabrecky’s band Possum Dixon got together in 1989. You might remember their first hit single:

That same year, while attending Valley College, Zabrecky helped two friends start their own coffeehouse and music club, Jabberjaw. It was on Pico Blvd, east of Crenshaw. For the eight years it lasted, it boasted performances by many of the big alternative and indie bands of the time.

“Nirvana played, and Iggy Pop came to kind of support and give his blessing that made a big turn. And before you knew it, what was kind of becoming known as the indie rock really became big and huge here. So you had bands like Jesus Lizard, Rocket From The Crypt, Spoon, and pretty much any band that was well known in the indie rock world kind of came through," he says. 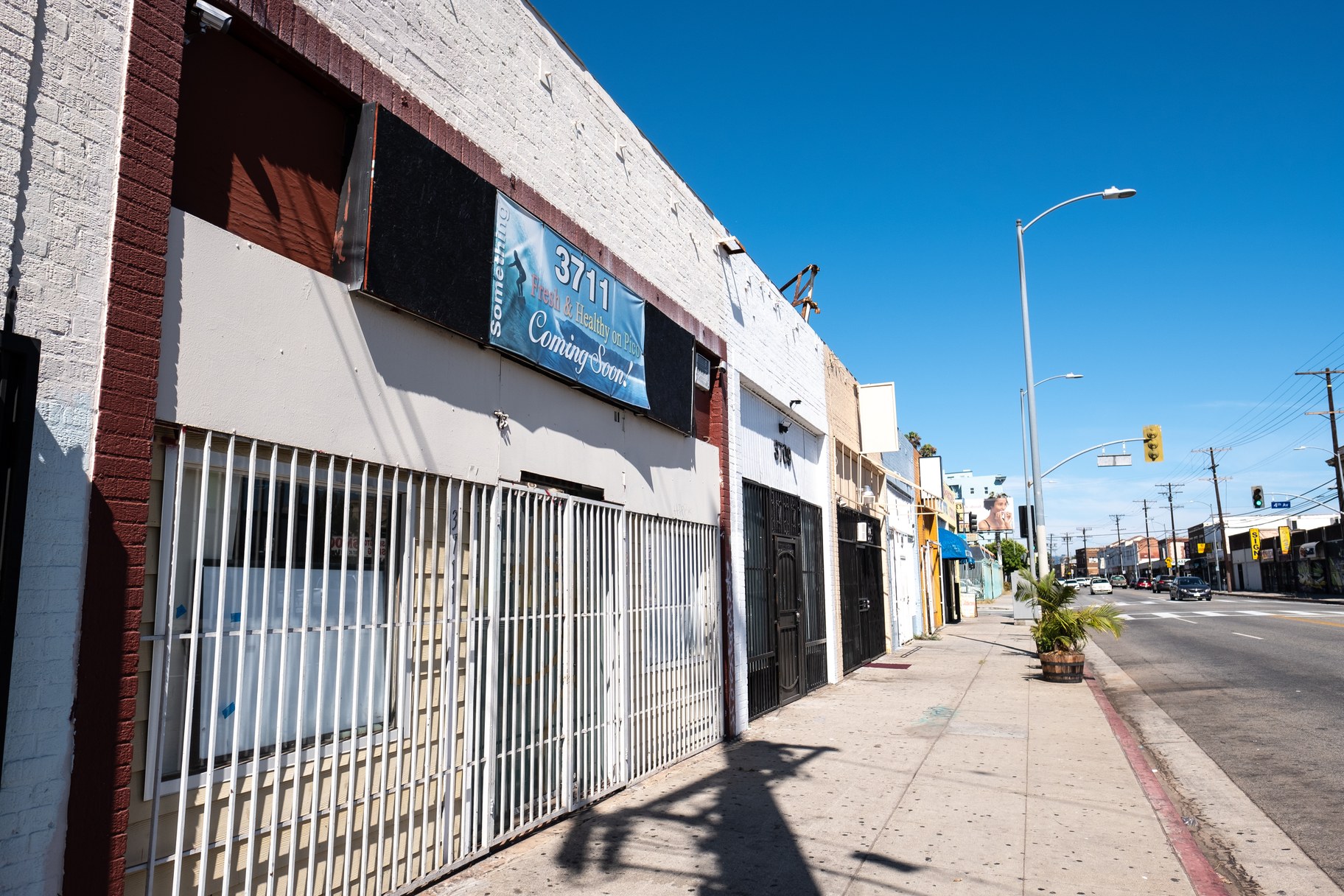 3711 Pico Blvd: The former location of Jabberjaw, the coffee house/bar and music venue that Zabrecky opened with his friends. Photo by Amy Ta/KCRW

“One night I was there, and I was visited by a girlfriend of mine who was my picture of a junkie. She had crashed her parents' Jaguar. She had sold all of her mother's clothes to a secondhand shop. She'd been in and out of rehabs for years, and she came to Arthur's one night. I invited her there to join me because I wanted company, and I just felt better when she was nearby, because she was always so much worse off than I ever was," he says. "And one night she showed up at Arthur's, and she looks at me and she says, 'You’re gonna die.’ She said, ‘Your skin is green and I don't want to be here.’ And it was a big moment for me because I realized that if she was telling me that I looked bad and I had hit a bottom, then I had hit a bottom. So I finished off that few days at Arthur's, and I got sober shortly after."

Zabrecky still plays a little music and does some acting. But his main gig now is magic. He got into it years ago on a tour stop with Possum Dixon in Baltimore.

“It was a hot day. I ducked in because I was looking for air conditioning. There was a magic store that had an air conditioner outside, and so when  went in, I was treated to a magic trick by a man who worked there at Kenzo’s Yogi Magic Mart. And it was a little miracle where he put a handkerchief in his hand and he made it vanish. I was amazed by this. So I bought the trick," he says. "And that night our guitar player broke a string, and rather than do the trick by vanishing the little silk handkerchief, it occurred to me that there was a device to vanish something. And so I asked someone in the audience if they had a wrapped condom, and somebody threw a wrapped condom onstage, and I crudely made this thing vanish with this device that I just purchased. And it was an amazing moment because I had entertained this group of 200 indie rockers in a way that I could have with a song or you know some musical interlude or something.”

Zabrecky now performs regularly at another old-time Hollywood institution: The Magic Castle. He’s still hanging out on the other side of Mount Lee. But with new things up his sleeve. 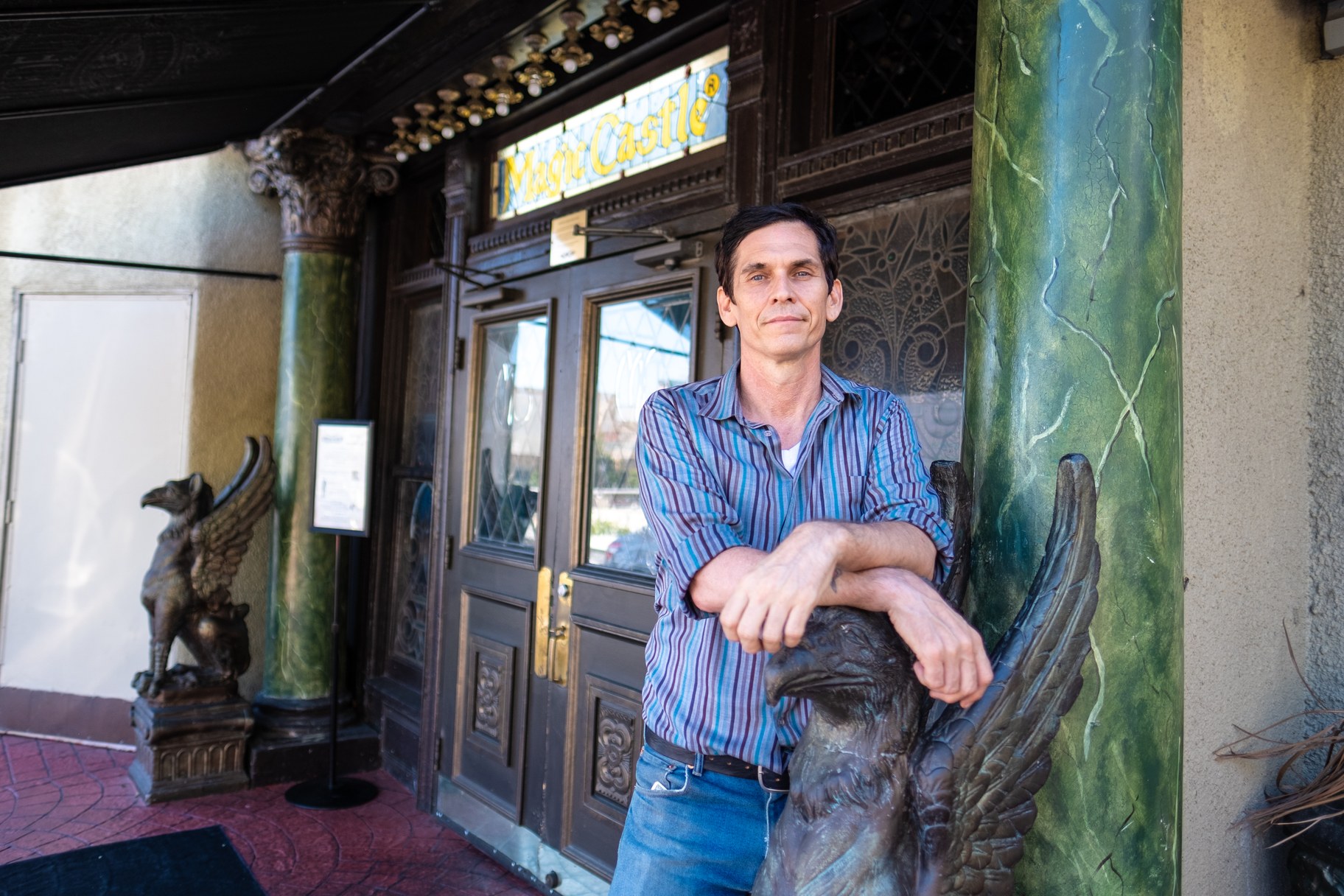 Zabrecky outside the Magic Castle nightclub in Hollywood. Photo by Amy Ta/KCRW 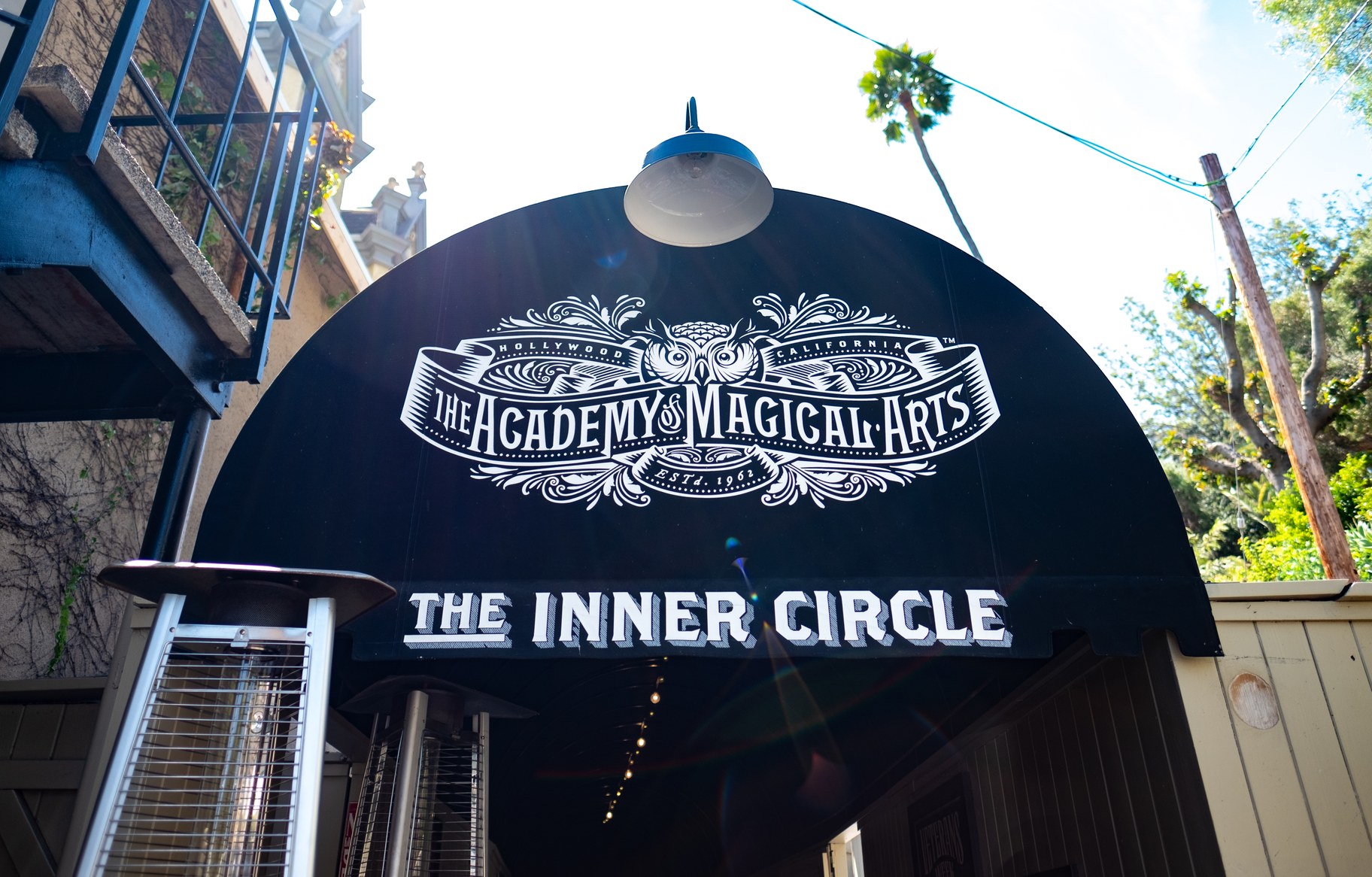 "The Academy of Magical Arts: The Inner Circle." Photo by Amy Ta/KCRW

Civility, compassion, kindness. Is there a shortage of these today, particularly in public life? Jenifer and Matthew Harris seem to think so.