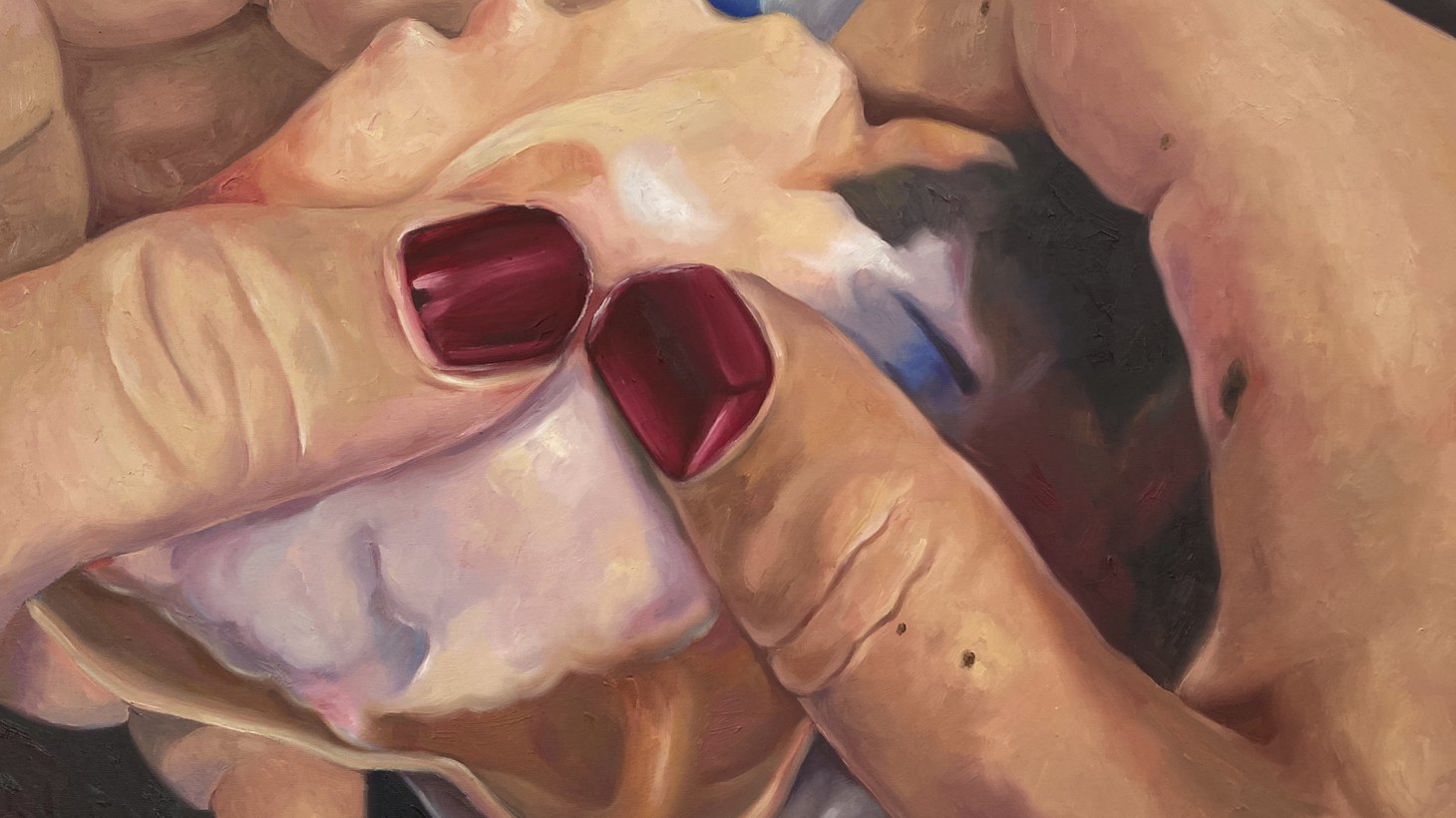 The phrase “the world is your oyster” gets taken to a whole new level in the exhibition called “Your Perfect Plastic Heart,” which runs through June 25 at Wilding Cran Gallery in Boyle Heights. The artwork gets viewers thinking about the exploitation of nature.

Artist Fawn Rogers makes huge paintings of mollusks and oysters as they’re being opened. Some are closed, some are wide open, some are being shucked. And some of the paintings have human hands harvesting the pearls.

“These ones in particular, to me, really felt like shrines to the female body. There's this really undeniable fleshiness to them that feels really human-like and sexual. And I think that connection to humans is really intentional by the artist.”

The exhibition also includes a two-channel video, “The World is Your Oyster,” that’s a mix of found footage along with some shots that Rogers filmed herself. Preston Zappas says the video presses home the show’s theme about extraction and nature. 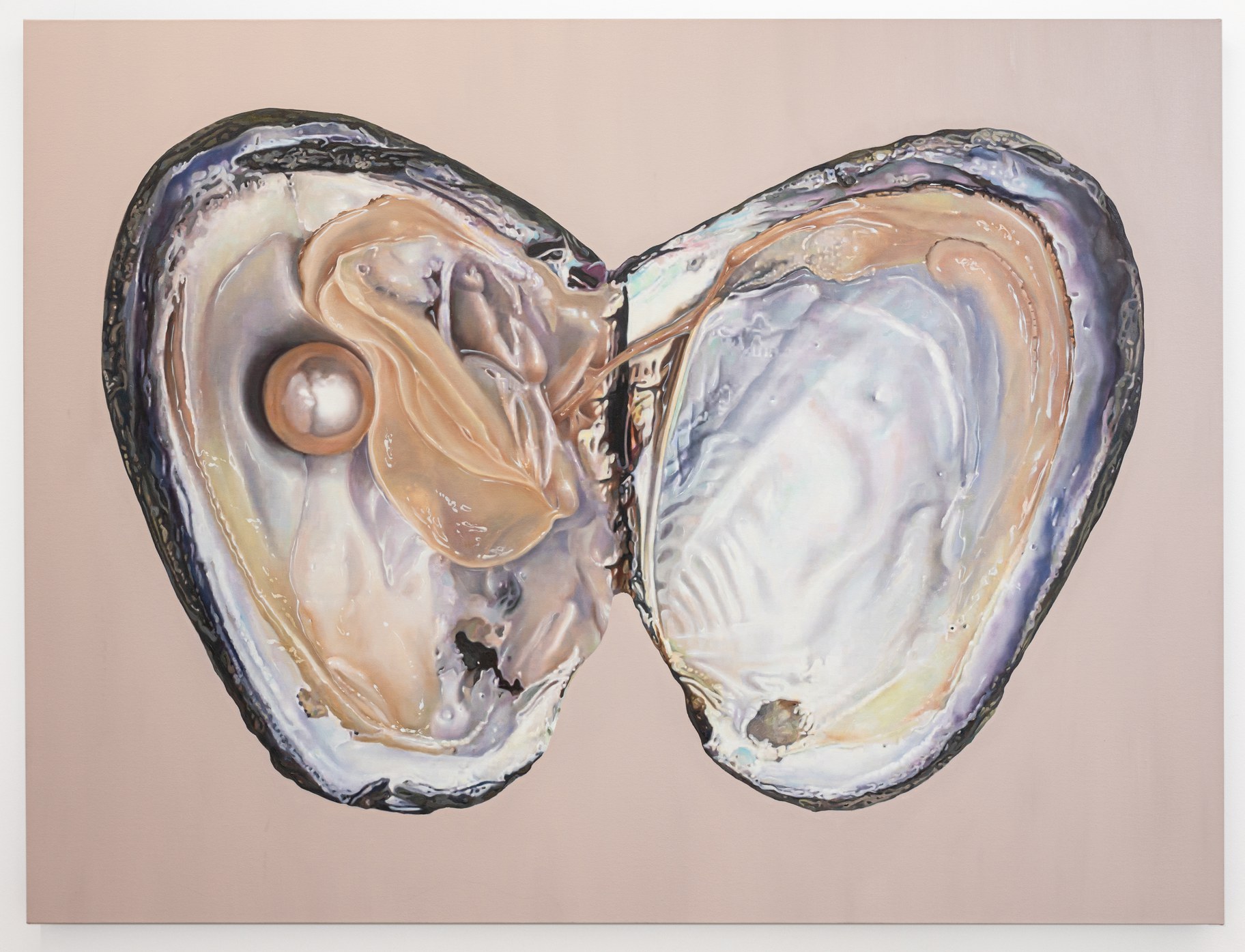 The exhibition features different oysters and mollusks. Some are closed, some are wide open, and some are being shucked. Photo courtesy of Wilding Cran Gallery.

Preston Zappas says oysters are interesting subjects because they filter and clean the ocean, yet humans harvest them and farm them for pearls. They've also been affected by climate change and oil spills.

But she also sees a political message in the pieces about gender and female bodies.

“In light of the Supreme Court documents, a lot of this is coming up lately. And there was a performance at the opening where two performers actually wore shirts with slogans that said ‘my body, my choice’ and a percentage of the proceeds went to Planned Parenthood from this performance,” Preston Zappas says.

Meanwhile at Nicodim Gallery, “Mosie Romney: it's not My Music” sources images from a vintage photo archive as well as personal memories and objects. The aim is to communicate the idea that music belongs to everyone. The show will be up through June 18. 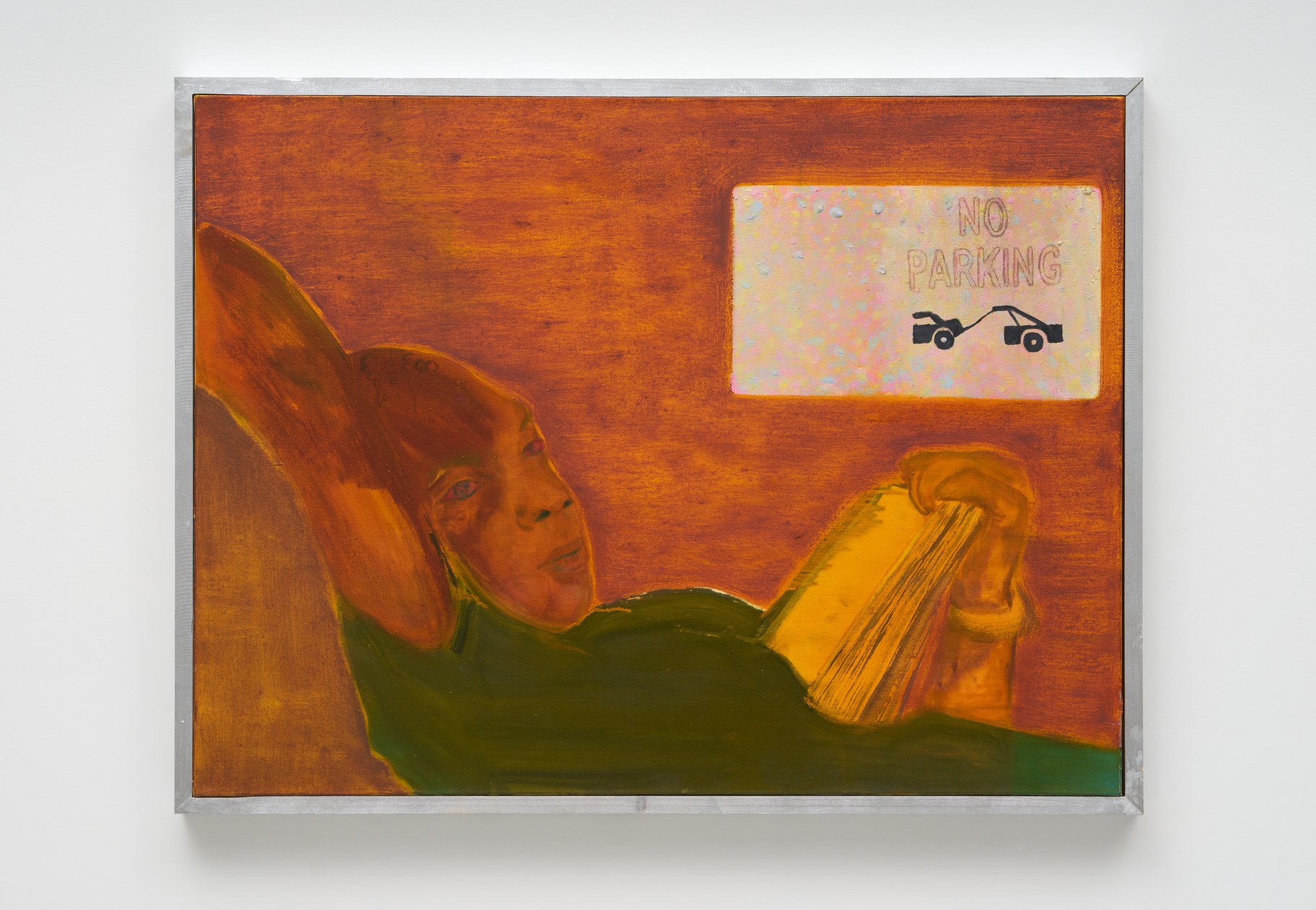 “This painting is a play on words and symbolism,” says Preston Zappas. Photo by Lee Tyler Thompson/courtesy of Mosie Romney and Nicodim Gallery.

Preston Zappas says the artwork is sort of painted collages. Romney previously worked at the Studio Museum in Harlem, New York, where they had access to a large photo archive. Some of the scenes in the paintings are actually pulled from that archive. But the artist is also mixing in their own memories with references to history and family.

“You also, in a lot of the paintings, see these kinds of swirling portal shapes,” says Preston Zappas. “And I think there's a lot of magical thinking here, a lot of maybe even time travel going on, where the artist is using objects from the past from other people's lives, but also their own life and almost manifesting for a future, manifesting a collectivity that is more communal for the future.” 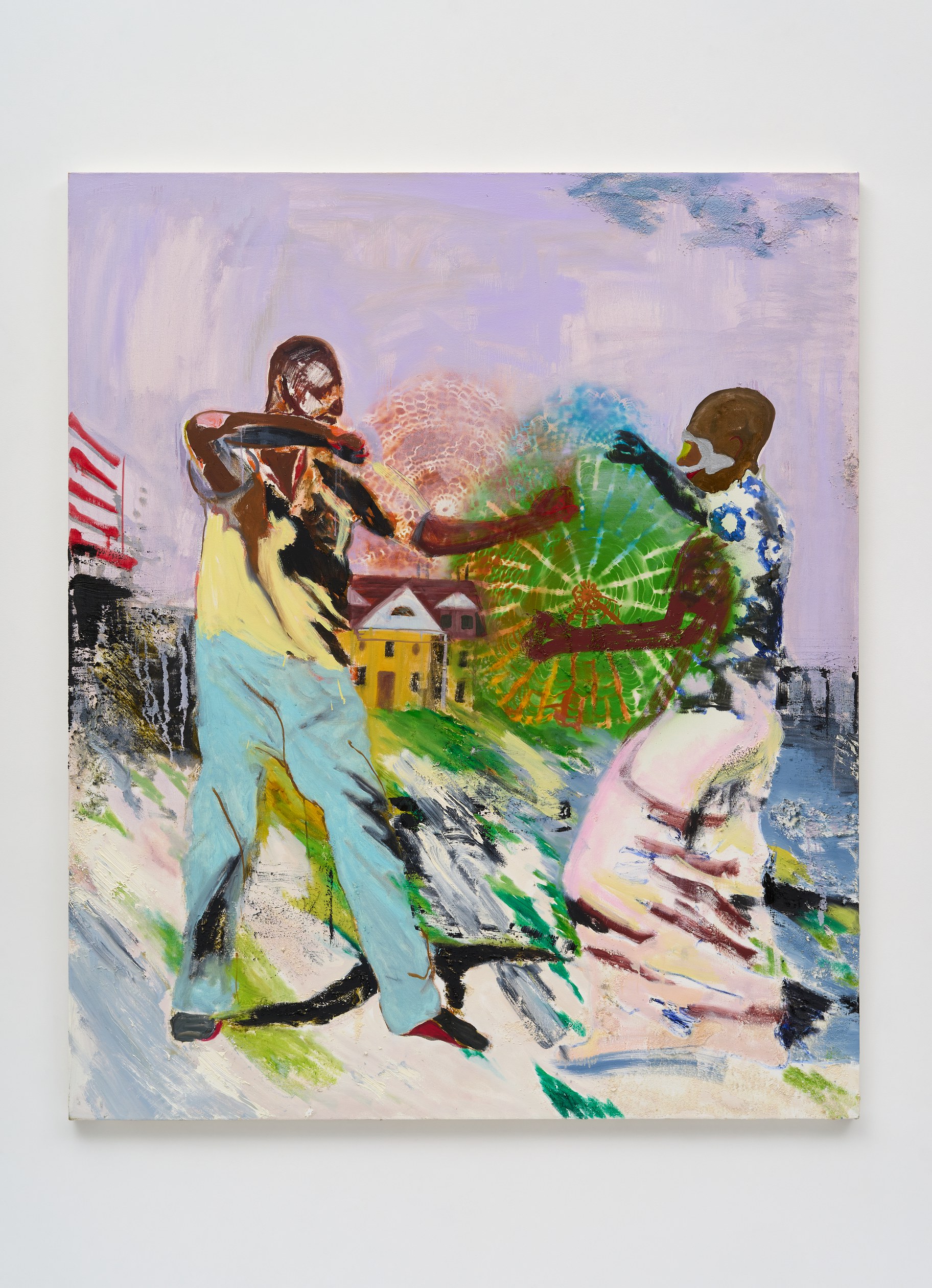 Mosie Romney mixes memories and references to the past and future in their work in “it’s not My Music.” Photo by Lee Tyler Thompson/courtesy of Mosie Romney and Nicodim Gallery.

The exhibition also features a large, hanging silver bell with a mirrored surface, which Romney found in North Carolina.

“The artist talked about the bell being almost like a portal that all the paintings around it reflect onto. And so it's almost, again, the bell itself is a portal that speaks to the present and the past and this kind of connectivity,” Preston Zappas says.