Even Prince Charles was fooled by art forger Tony Tetro. How? 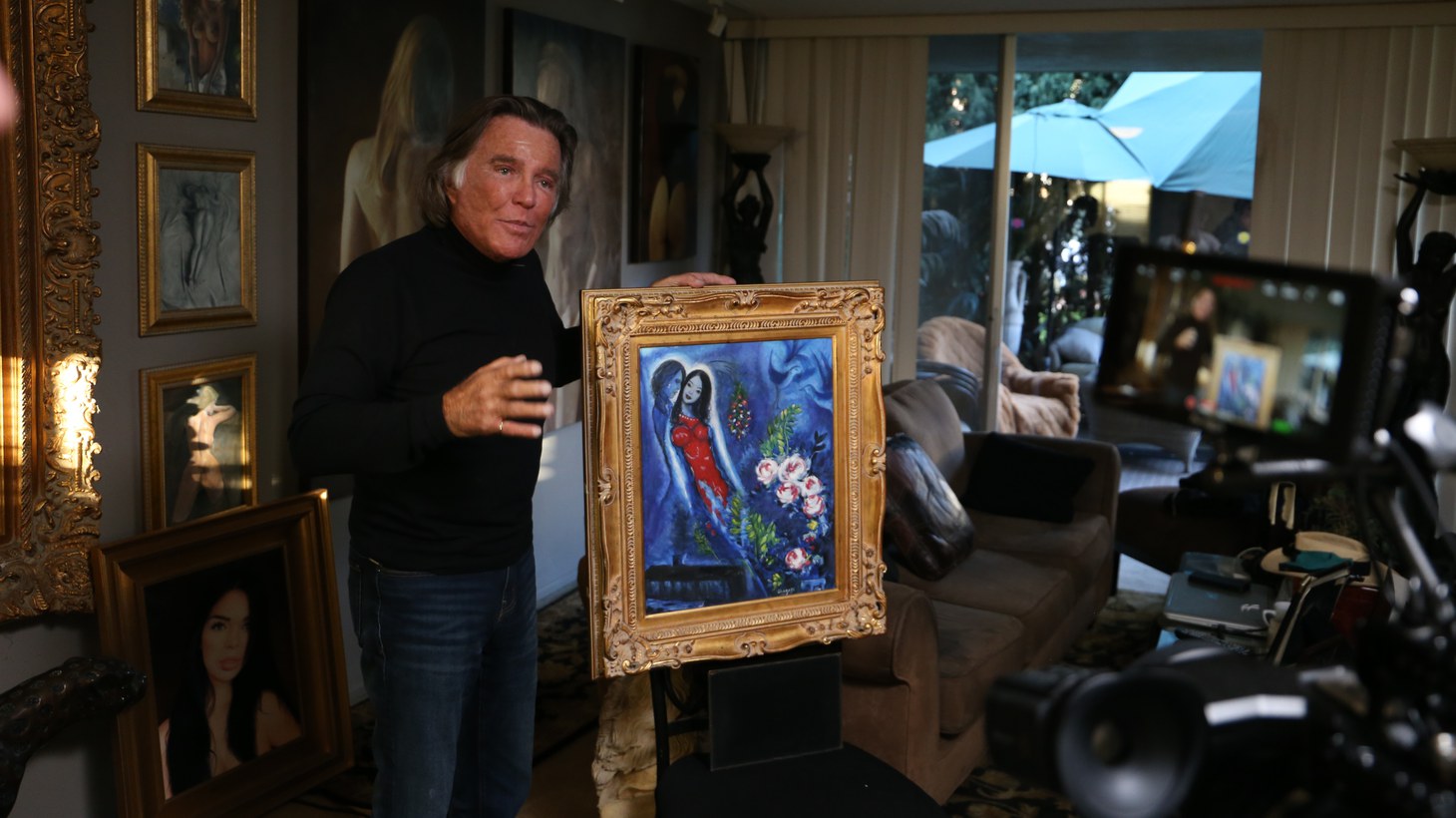 Tony Tetro has made thousands of high-quality forgeries of famous artists' work. He poses here with a Chagall imitation entitled “Fernanda and Me.” Photo by Coleman Beltrami.

LA artist Tony Tetro forged pieces by Salvador Dalí, Michelangelo Merisi da Caravaggio, and Pablo Picasso. He worked with shady dealers and used sophisticated techniques to dupe art buyers throughout the 1970s and 1980s. His skill and subterfuge afforded him fancy cars and extensive travel until he finally got busted. After spending time in jail, he wrote a memoir about his rock-and-roll lifestyle and the fake art that funded it all.

Tetro describes that he made paintings in the style of an artist, but never exact replicas of existing pieces because those were easily identifiable as forgeries.

He says corruption was so rampant that art dealers even had an official term for the fake art they knowingly sold: fugazi.

As his co-author Giampiero Ambrosi explains, “You always think of the forger duping the client. But in this case, the client was the dealer, and the dealer would commission [Tetro] to do it. They just say, ‘Hey, I need 50 Picassos. Give me 20 Miros. I need 10 Dalís.’”

Tetro followed in the notorious footsteps of 20th century forger Elmyr de Hory, who he learned about from Clifford Irving's book called “Fake!”

“When I read that book, that was really the beginning of this for me. … The more I read, the more I said to myself, ‘I could do this.’” 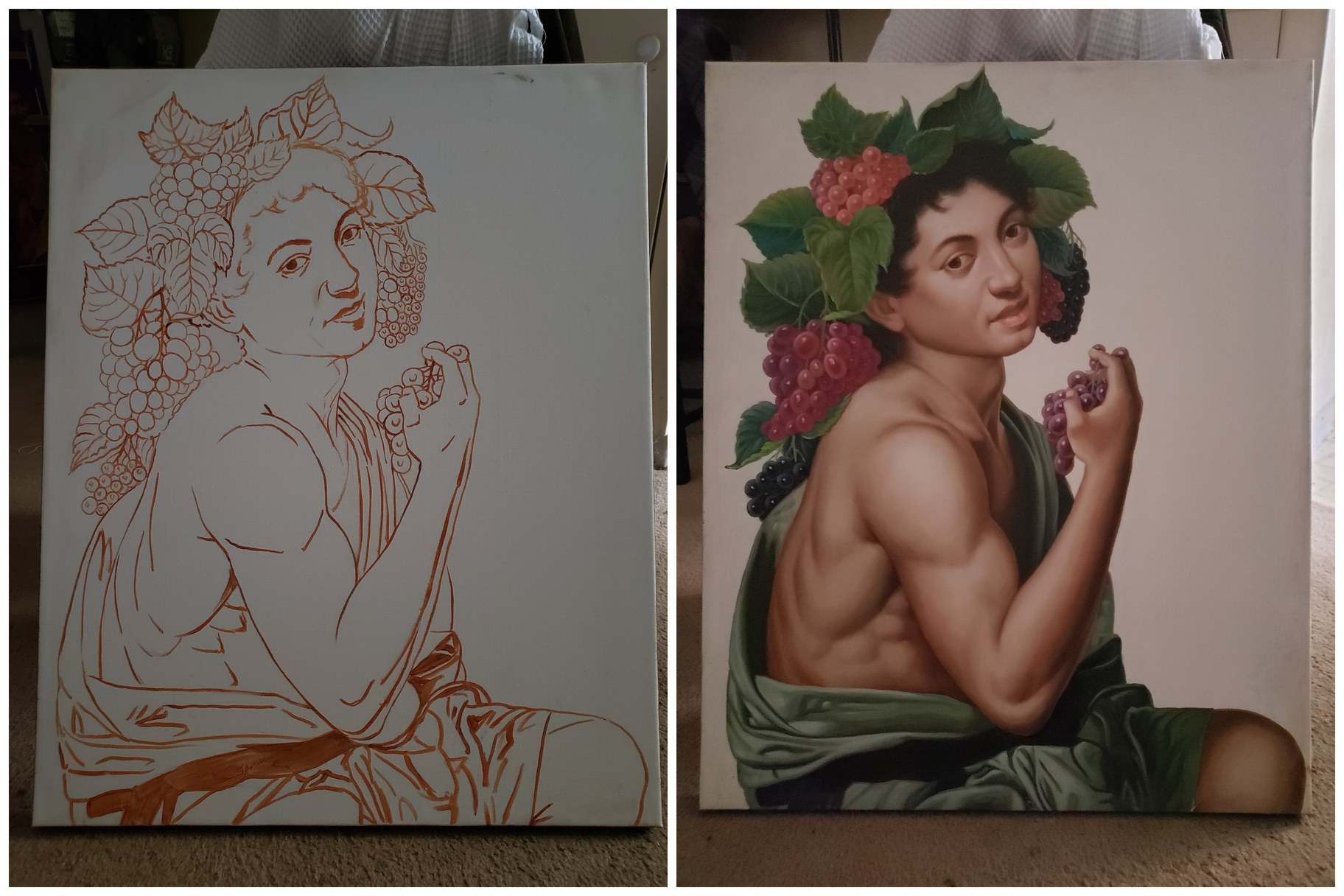 One of Tony Tetro’s Caravaggio reproductions is in process. Tetro goes through meticulous detail to emulate the original artist’s style. Photo by Tony Tetro.

After getting busted when a former business partner set him up, Tetro was thrown behind bars and had to reimagine his life. He eventually managed to find work doing commissions for wealthy patrons who wanted masterful art at bargain prices.

James Stunt, the bon vivant, ex-husband of heiress Petra Ecclestone, was among his new clients. Stunt commissioned him to recreate works by Dalí, Monet, and Picasso, among others. Stunt, who was recently indicted on money laundering charges, then lent some of these paintings to then-Prince Charles as if they were the real thing.

Ambrosi first broke the story in The Daily Mail. He recounts, “Tony made some reproductions for a purported billionaire. … James Stunt put these Tony Tetro fakes into the collection of Prince — now King — Charles. He then turned around and used those paintings as collateral to get an enormous loan. This was all unknown to Tony.”

The story made international headlines as Tetro’s work once again fooled collectors, only this time unintentionally.

Tetro and his co-author Ambrosi, detail these exploits and more in “Con/Artist: The Life and Crimes of the World's Greatest Art Forger.”

Your stories of cheer and jeer — on this Thanksgiving Eve

The holidays are a time to be thankful for friends, family, and good health. Three Angelenos share their most unforgettable tales.

Even Prince Charles was fooled by art forger Tony Tetro. How?

Tony Tetro has forged pieces by Dalí, Caravaggio, and Picasso — and sold them to dealers who didn’t care about authenticity.

In their KCRW Radio Race story “Heaven by the Highway,” Angel Carreras and Nisha Venkat tell the story of a hidden hideaway.