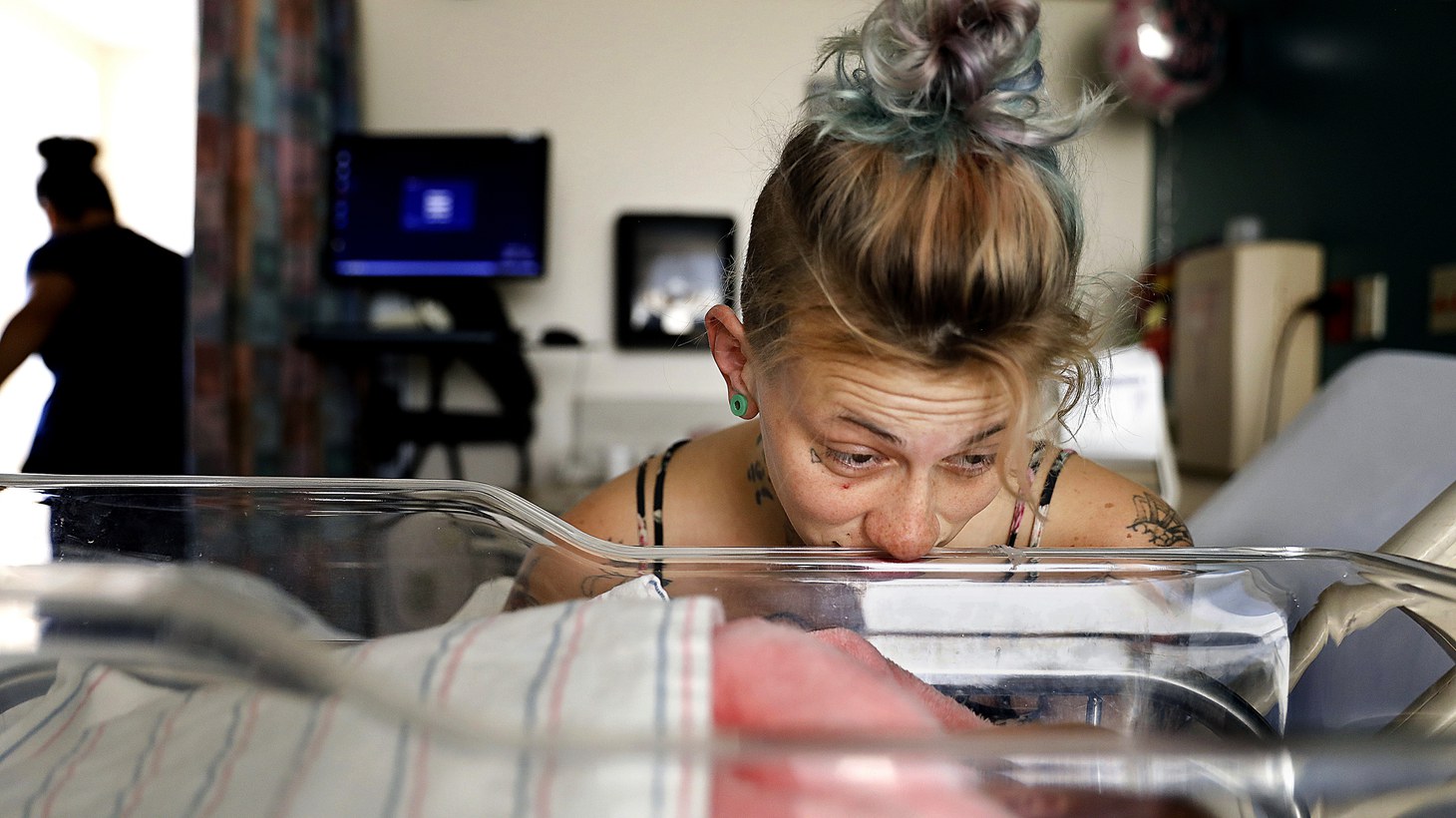 “In order to get housing, you have to go through a process, and there's a lot of rules and regulations and bureaucracy. We just don't have this system that springs into action because there's a 22-year-old woman who is six and a half months pregnant beside the freeway,” says Gale Holland, reporter for the Los Angeles Times. Photo by Christina House, courtesy of the Los Angeles Times.

Becoming a new mother is a life-altering experience, but navigating pregnancy, birth, and child care when you don’t have access to stable housing is a challenge no one should have to endure.

Plenty of people do it every day in Los Angeles, though, and a new series from the Los Angeles Times explores what it’s like to be unhoused and pregnant in the streets of Hollywood through the eyes of young mother Mckenzie Trahan.

Reporter Gale Holland, videographer Claire Hannah Collins, and photographer Christina House spent years getting to know Trahan, her mother Cat, and her caseworker Leslie, as they followed Trahan’s emotional journey to secure housing and stay connected with her daughter Ann.

Holland says her team connected with Trahan after she received a report that the newly-pregnant 22-year-old had many of her belongings — including prenatal vitamins — thrown away during an encampment sweep. Holland was — and remains — shocked that there were so few resources available to get Trahan housed.

“In order to get housing, you have to go through a process, and there's a lot of rules and regulations and bureaucracy,” she says. “We just don't have this system that springs into action because there's a 22-year-old woman who is six and a half months pregnant beside the freeway.”

After Trahan gave birth to her daughter Ann, she found herself navigating a confusing and complicated set of institutions as she fought to secure permanent housing — an experience that triggered memories of the years she spent in and out of foster care and juvenile hall as a teenager. Holland says this cycle of intergenerational poverty manifesting as homelessness is all too common.

“Mckenzie, having become homeless and in the foster care system at a young age, never received the education that helps a lot of people break out of the handcuffs of their initial upbringing,” she says.

Collins says that witnessing the major milestones in Trahan’s journey — including the reveal of the baby’s sex and Ann’s first time saying “mama” — made it more difficult to bear witness when the court accused Trahan of neglect, and the baby was eventually removed from her custody to be placed into foster care.

“This was one of the first times that I was getting to be so close to the process of a baby starting to grow up, so it was hugely devastating and depressing. … What we were experiencing was just the tiniest fraction of what the tragedy that Mackenzie was going through,” says Collins.

The reporters have stayed in touch with Mckenzie since the series was released, and Collins says that despite the trauma that Trahan endured, she was glad to share her story with the world.

Since the events transpired, she has been able to achieve both stable housing and a stable partnership — two milestones that Holland hopes signify a brighter future.

“I personally will not be surprised … what Mckenzie does because I think she has a tremendous amount of energy, drive and talent, and I definitely wouldn’t write her off,” says Holland.

One young woman’s experience of being unhoused and pregnant in Hollywood is the focus of a new series from the Los Angeles Times.

Rates of domestic violence have increased during the COVID-19 pandemic. The United Nations declared the rise as a “shadow pandemic.”