A sign by homeless camps at Echo Park Lake says, “We refuse to be swept into dark corners.” March 24, 2021. Photo by Anna Scott.

A few hundred people protested at Echo Park Lake today, upset about its impending closure and displacement of unhoused people living there. On Thursday, officials plan to remove the remainder of people and tents, and then temporarily fence off and close the park for repairs.

“They’re trying to fence this place up and kick the homeless out instead of facing the actual problem, which is we don’t have affordable housing,” says protestor Evelyn Leal. “We just want them to feel safe and secure and know that they have a place to go at night. And I hope that us being here will show that they have value to us, they’re part of our community.” 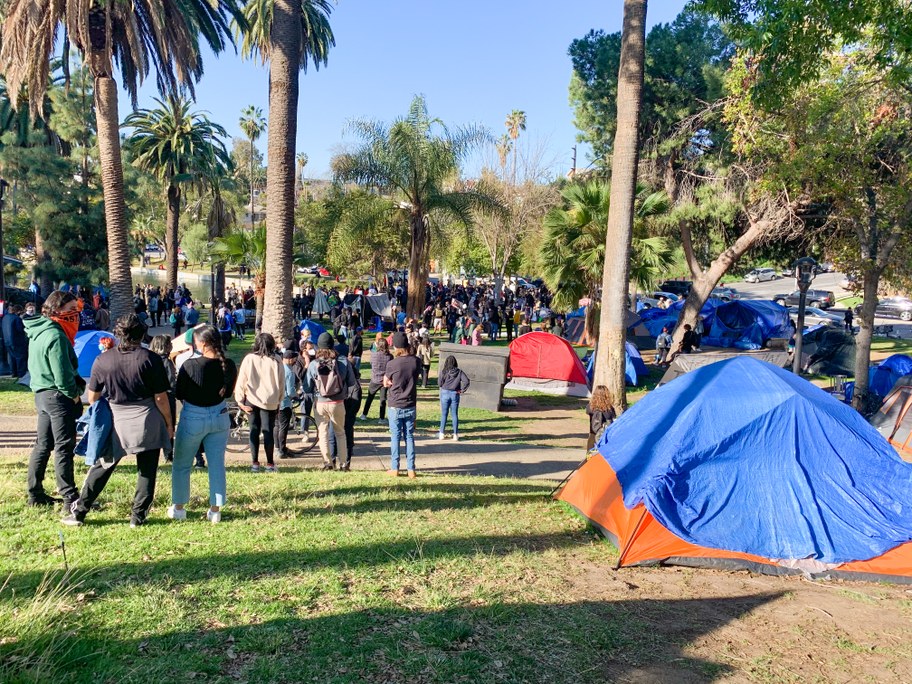 Angelenos gather at Echo Park Lake to protest the closure of the area, March 24, 2021. Photo by Anna Scott.

Echo Park Lake underwent a $45 million renovation in 2013, but some local residents feel that the encampment, which is made up of more than 100 tents, has overrun this public space.

“I don’t go down there at all any more,” says Jeff Giles, who lives in a condo across the street, and is among the 4,000 people who signed an online petition to remove the tents. “There is glass and needles on the sidewalks, there’s feces on the sidewalks. There’s the smell of urine as you walk through certain areas. And the general feeling is one of unsafety and very unsanitary living conditions for the people that reside there.” 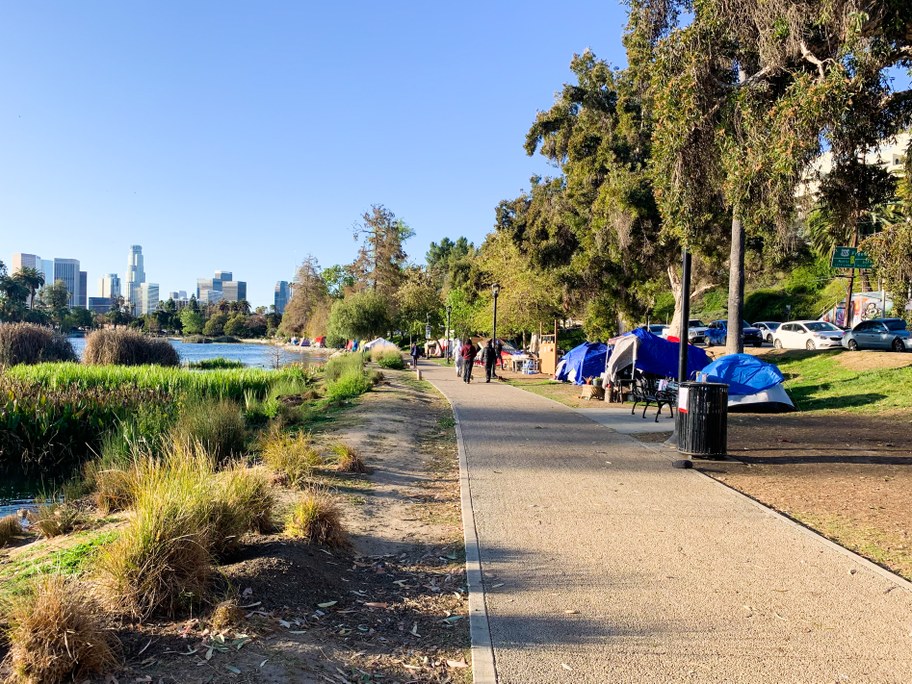 Echo Park Lake is lined with homeless tents, but the city wants to move out all these unhoused residents and shut down the area, March 24, 2021. Photo by Anna Scott.

Since the beginning of this week, outreach workers have helped move more than 50 people living at Echo Park Lake into nearby hotel rooms rented by the city, according to the LA Homeless Services Authority. City officials say they’ve offered temporary rooms to everyone camped here through Project Roomkey, but a number of people told KCRW’s Anna Scott that they don’t want to enter that program.

“You have to be inside by 10 o’clock, and you can’t leave until 7 in the morning unless you have a job,” says Echo Park Lake resident Valerie Zeller. “That means you can’t even run to the market to buy milk. Basically they search you when you come in. It reminds me of Nazi Germany. Sorry, but I don’t want to live like that.”

The protesters say they’ll be back, and some of the unhoused people living at the lake are refusing to leave. The city could choose to enforce a camping ban, as they have in other parts of the city. 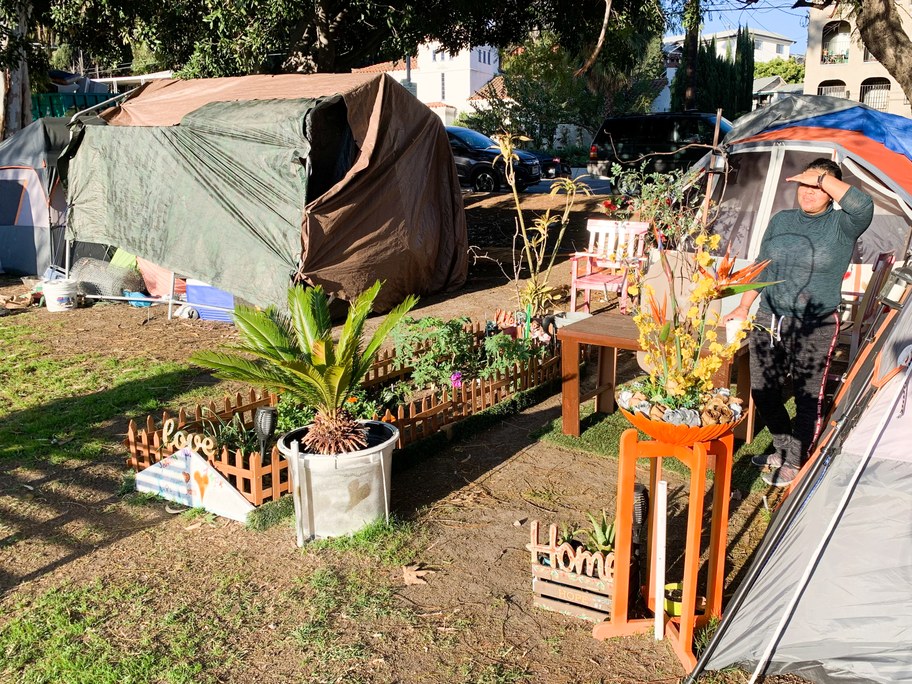 A woman has developed a little garden at her encampment at Echo Park Lake, March 24, 2021. Photo by Anna Scott.

Echo Park Lake to close for repairs. What will happen to the unhoused people there?

The city of LA is expected to shut down Echo Park Lake, put up a fence, and move out all the unhoused people living there this week.

As LA eyes orange tier, is it reopening too fast and can it avoid another COVID wave?

With coronavirus case numbers continuing to drop, LA County might move from the red to orange tier as early as next week . That would allow bars to reopen without food...

Haijun Si and his family have become the victims of ongoing harassment by a group of local teenagers. His neighbors have kept watch outside the house at night.