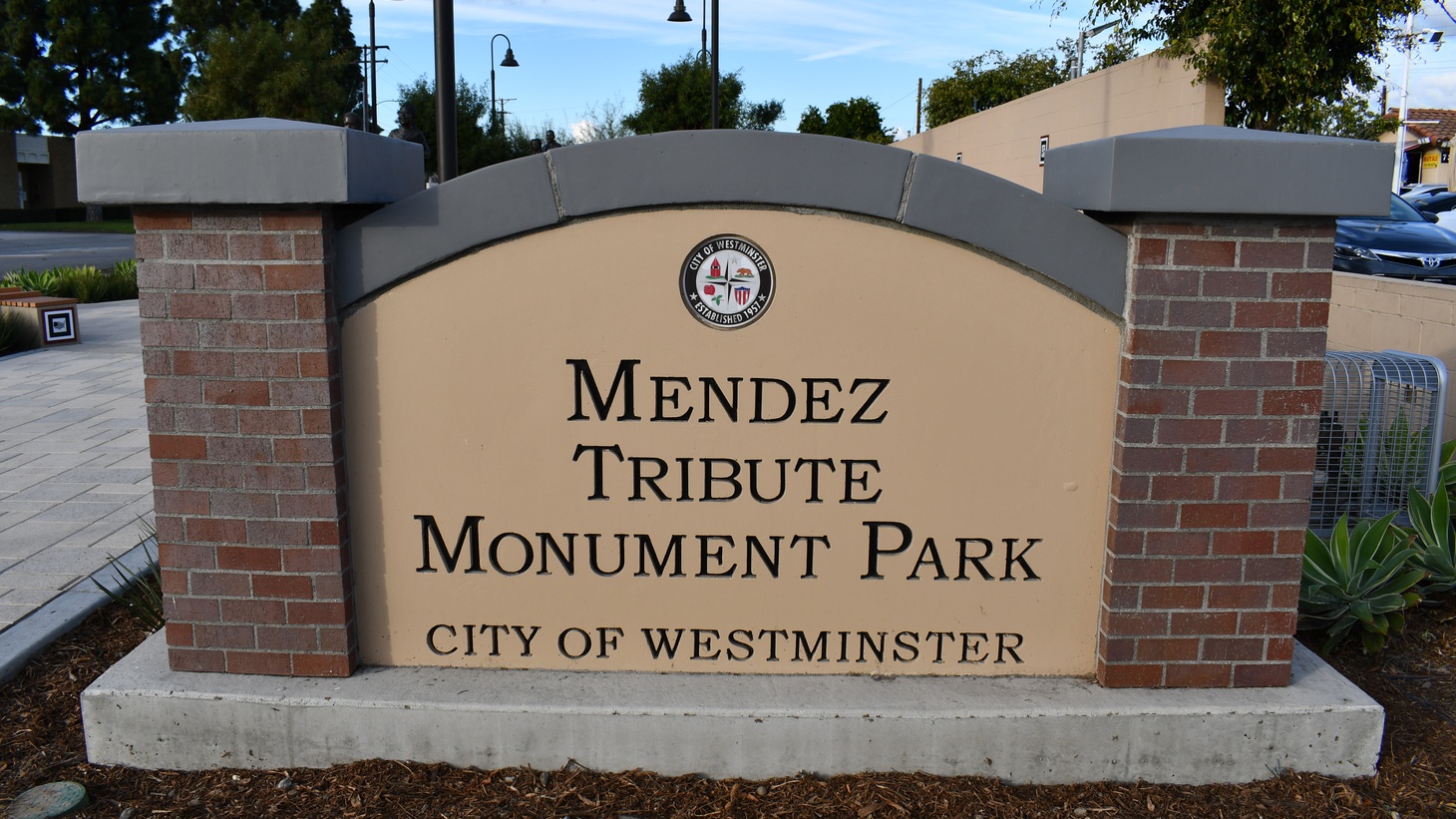 Before Brown v. Board of Education, there was Mendez, et al. v. Westminster School District, et al. In the mid-1940s, five Mexican families in Orange County challenged the forced separation of students by race in four school districts. The case paved the way for their children to attend the better-funded white public schools, and provided legal arguments for the eventual Supreme Court case, Brown v. Board of Education of Topeka. Now to celebrate the decades-long anniversary of the case, the city of Westminster has opened a commemorative park called Mendez Tribute Monument Park. 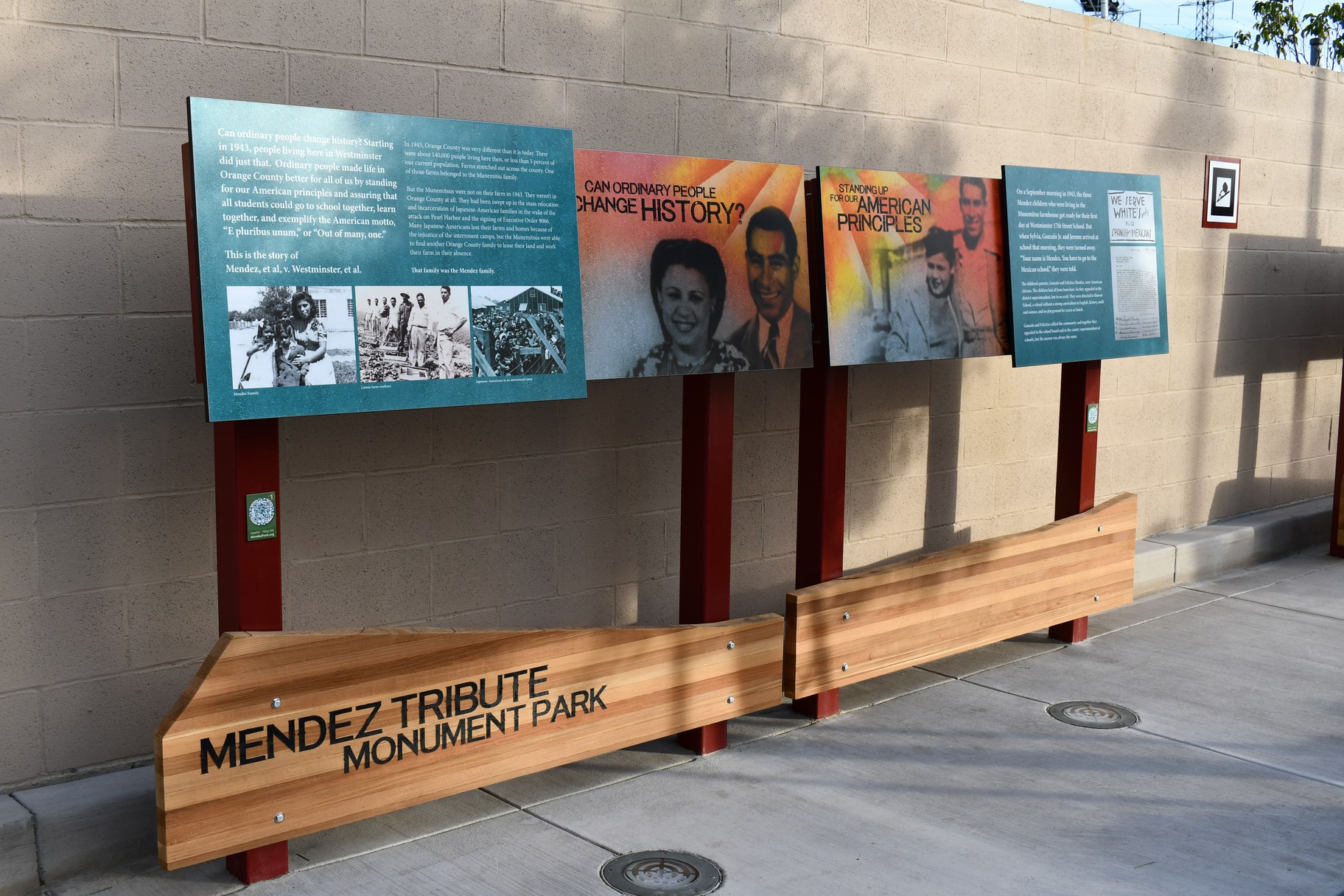 “Mexican students, the reason they were put in these schools, you'd have administrators saying, ‘Well, they don't know English,’ even though the students knew English. ‘Mexican families don't care about education.’ All these excuses to put them into these downtrodden schools. Of course, that's going to enrage a parent,” says Gustavo Arellano of the LA Times.

In response, the Mendez family decided to take a stand against “separate but equal” education. Arellano describes how, “Gonzalo and Felicita Mendez … tried to enroll their children, and the school administrator allowed their little cousin who was lighter skinned to enroll in that school. But the Mendes children who were darker, they said, ‘No, they have to go to the Mexican school.’ … [The Mendez family] started connecting with other families in Westminster and eventually the families in Westminster realized that other families across Orange County were dealing with the same issue. … They represented 5000 families of Mexican American descent in Orange County alone.” 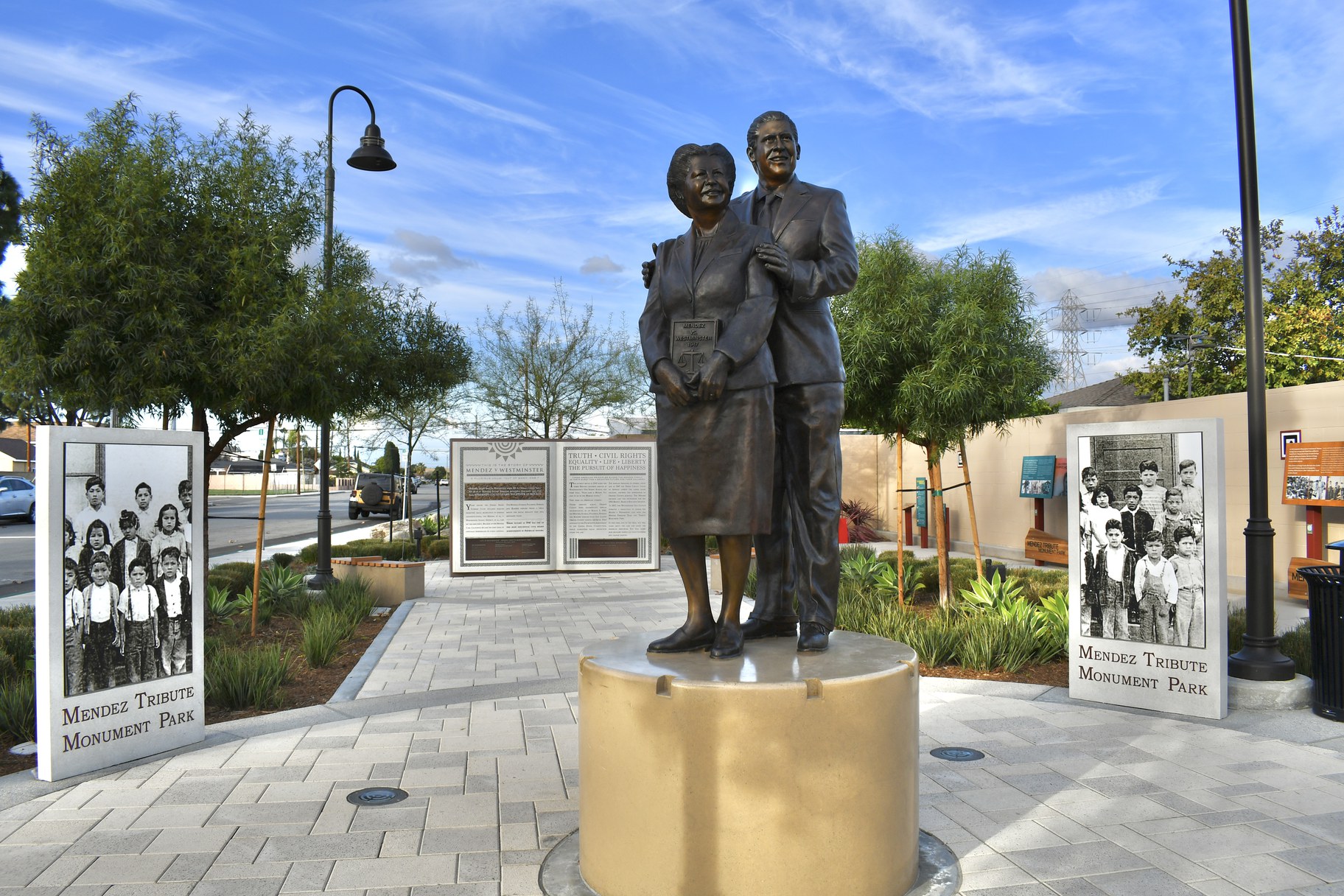 Arellano claims that the issues in the case are ongoing. “[Former plaintiff] Sylvia Mendez will say that she sees schools more segregated today than they were when she was going to school. … But in many ways today, it's far more complex and harder to solve.”

LAHSA’s “reimagined” winter shelter program provides both beds and motel vouchers to unhoused Angelenos looking to stay warm. But fewer beds are being offered than in years...

Photographer Lev Rukhin moved to LA in 2010 and started shooting its street scenes from an old Volvo station wagon as a way to engage and spend time with his daughter....