Members of the Armenian diaspora rally in front of the Turkish Ambassador's residence after U.S. President Joe Biden recognized that the 1915 massacres of Armenians in the Ottoman Empire constituted genocide in Washington, U.S., April 24, 2021. Photo by Joshua Roberts/Reuters.

Over the weekend, LA’s Armenian American community celebrated President Biden’s decision to recognize the mass killings of Armenians more than a century ago as genocide, a word no past president has used in reference to the events.

“I am very proud of this moment. Finally, once and for all, that our nation could be recognized with the horror we have lived through for 106 years of yelling, screaming, but yet nobody heard our voice,” said Maria Nagapechian, who attended a rally along Hollywood Boulevard on Saturday, known as Armenian Genocide Remembrance Day, which marked 106 years since Ottoman Turks killed 1.5 million Armenians during World War I.

An estimated 200,000 people of Armenian descent live in Los Angeles County, which is considered the largest concentration of Armenian Americans in the country.

“The Armenian American community has been active in demanding for the United States to be on the right side of history,” says Shant Sahakian, executive director of the forthcoming Armenian American Museum in Glendale. “We're glad that we're able to finally achieve this, but it was the result of decades of advocacy by activists.” 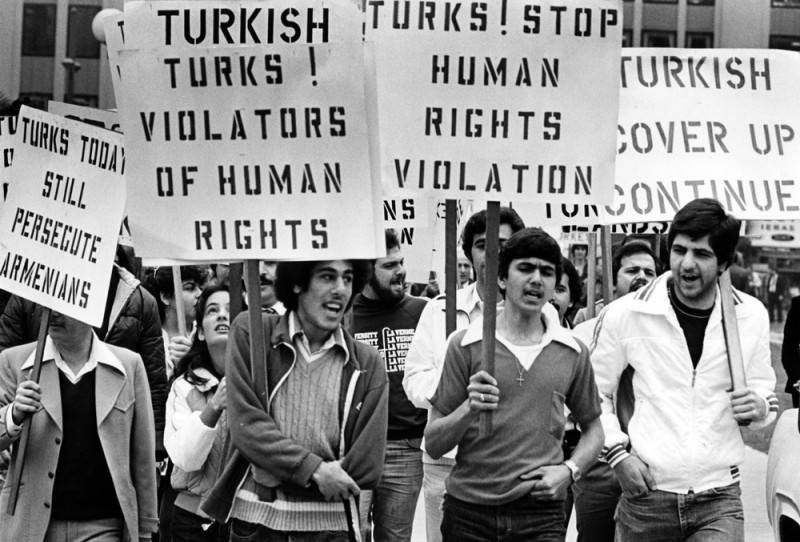 Many Armenian Americans, including Sahakian, are descendents of men and women who fled the genocide and eventually made a diasporic community in Southern California. Sahakian’s family fled to Syria and then Lebanon, where they lived until the 1970s. When the Lebanese Civil War began, they found their way to America and settled first in Little Armenia, Hollywood, and then Glendale, where Sahakian was born and raised.

He says Biden’s recognition is a step in the right direction, but not the end of the road. Ultimately, he wants Turkey to be held accountable for the actions the country took.

“A genocide denied is a genocide repeated,” he says. “And as we stand here today, Turkey continues to fund lobbying efforts and ongoing denial of the genocide that it committed.”

Sahakian’s museum, which is expected to break ground this summer, will include a permanent exhibition on the Armenian American experience and history of the Armenian genocide. 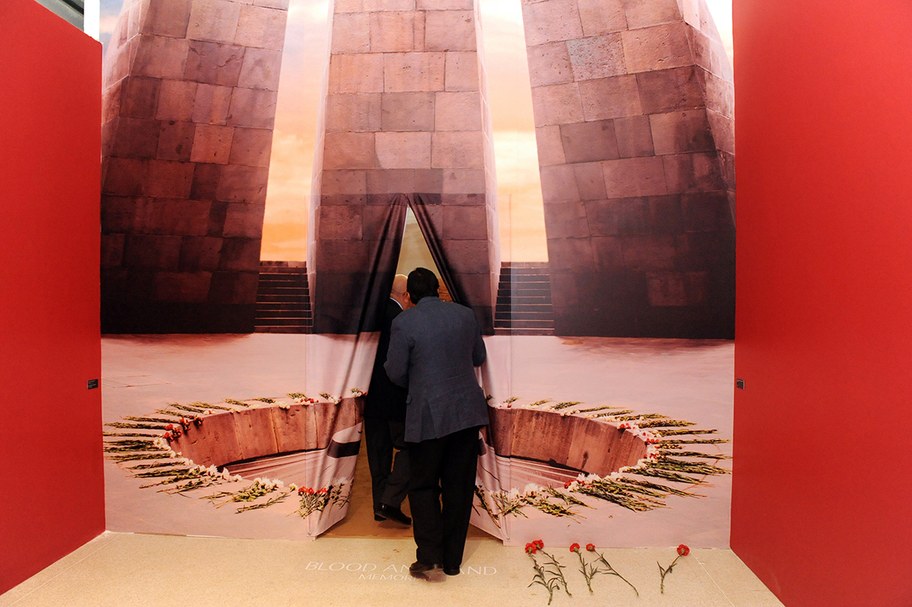 Hundreds of community members gathered for the “Armenia: An Open Wound” exhibition opening ceremony at Brand Library & Art Center in the City of Glendale in 2016. Photo courtesy of the Armenian American Museum.

A parking lot has been turned into a homeless encampment that offers 24-hour security and free meals. But some advocates worry that officials are investing too much in...

“The Armenian American community has been active in demanding for the United States to be on the right side of history,” says Shant Sahakian, executive director of the...

OC’s Los Alamitos approves ethnic studies course, but not everyone is onboard

After years of debate, California’s State Board of Education voted last month to adopt an ethnic studies model curriculum for K-12.