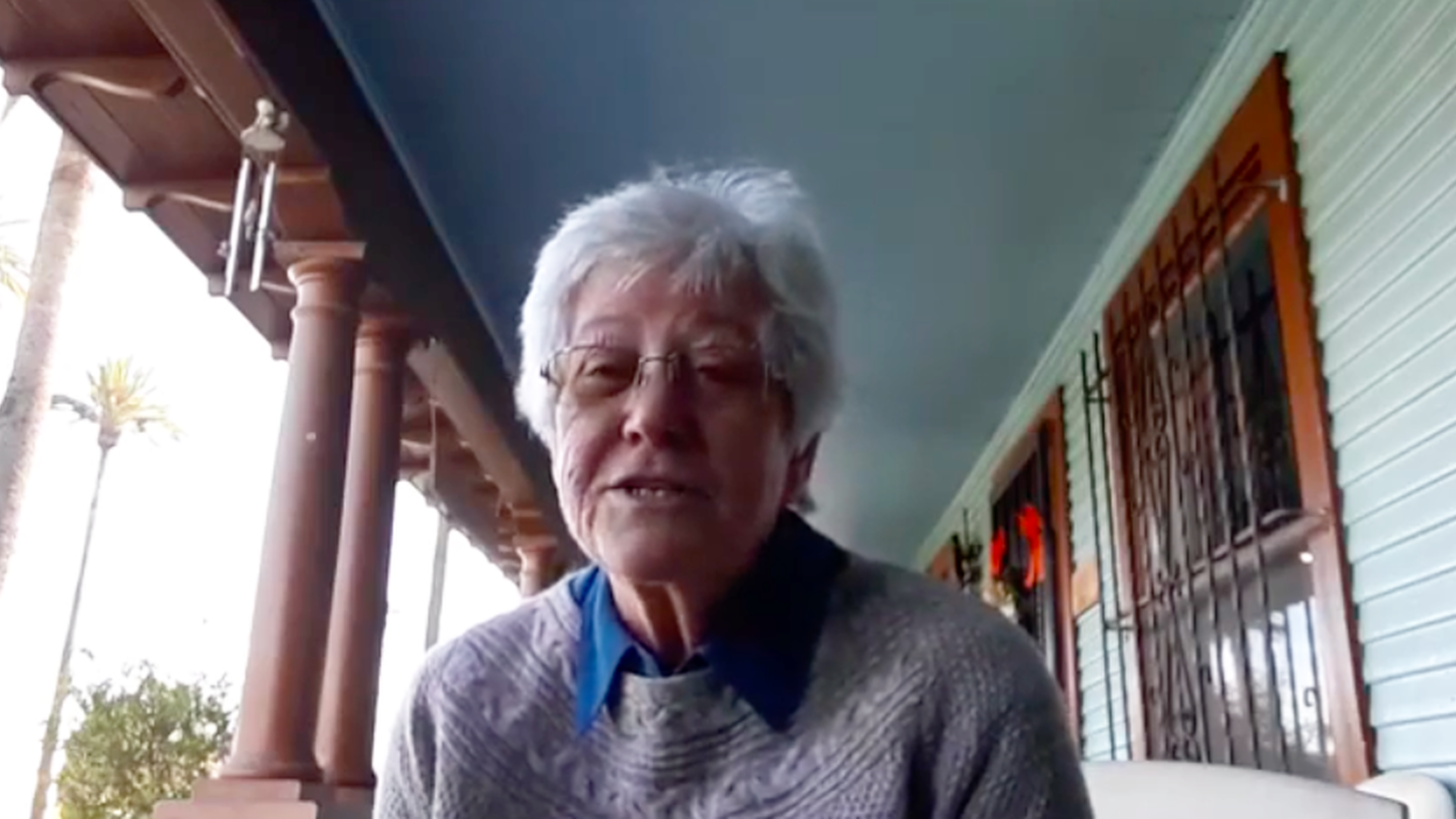 Sister Mary Sean Hodges founded the Partnership for Re-Entry Program (PREP) two decades ago to help prison “lifers” re-enter the community upon release. In this video, she introduces people who’ve made amends. Video by YouTube.

For Californians who are sentenced to life in prison, getting out on parole can be a disorienting and overwhelming experience. Often incarcerated for decades, they might not have housing, a job, or family to rely on when they are released. And the world can change a lot in that time.

To help, Sister Mary Sean Hodges, a nun from Los Angeles, launched the Partnership for Re-Entry Program (PREP) in 2002. More than 10,000 parolees have completed the coursework since the program began, and together, they have a recidivism rate under 1%.

Hodges, who moved to Los Angeles as a young girl, was inspired by the service-oriented nuns at her Koreatown school. She often helped them clean classrooms after students went home. She later joined the Dominican order of Catholic nuns, and dedicated her life to practicing restorative justice.

Hodges has spent much of her career working with prison lifers, who spend decades inside and have a difficult time adjusting financially and emotionally when they are released on parole. PREP’s curriculum includes practical courses that teach skills like financial planning and parenting, and more therapeutic courses like Recovering from Racism and Victim Awareness. Hodges says the self-reflection these courses inspire is essential to the healing process.

“When I come to realize my own victimization, then I can see what I've done to another, and I begin to heal through various programs that are offered in the prisons,” says Hodges.

When prisoners are released, the program offers transitional services that help them find housing and employment.

Next month, PREP will celebrate 20 years and honor Sister Mary Sean Hodges in a big ceremony.

“There is so much legislation now that is changing all those unjust laws and is enabling a person to say, ‘Yes, I can get out if I will follow through on my part,’” she says.