‘Hooded or Being Black For Dummies’: Deadly serious satire about race in US 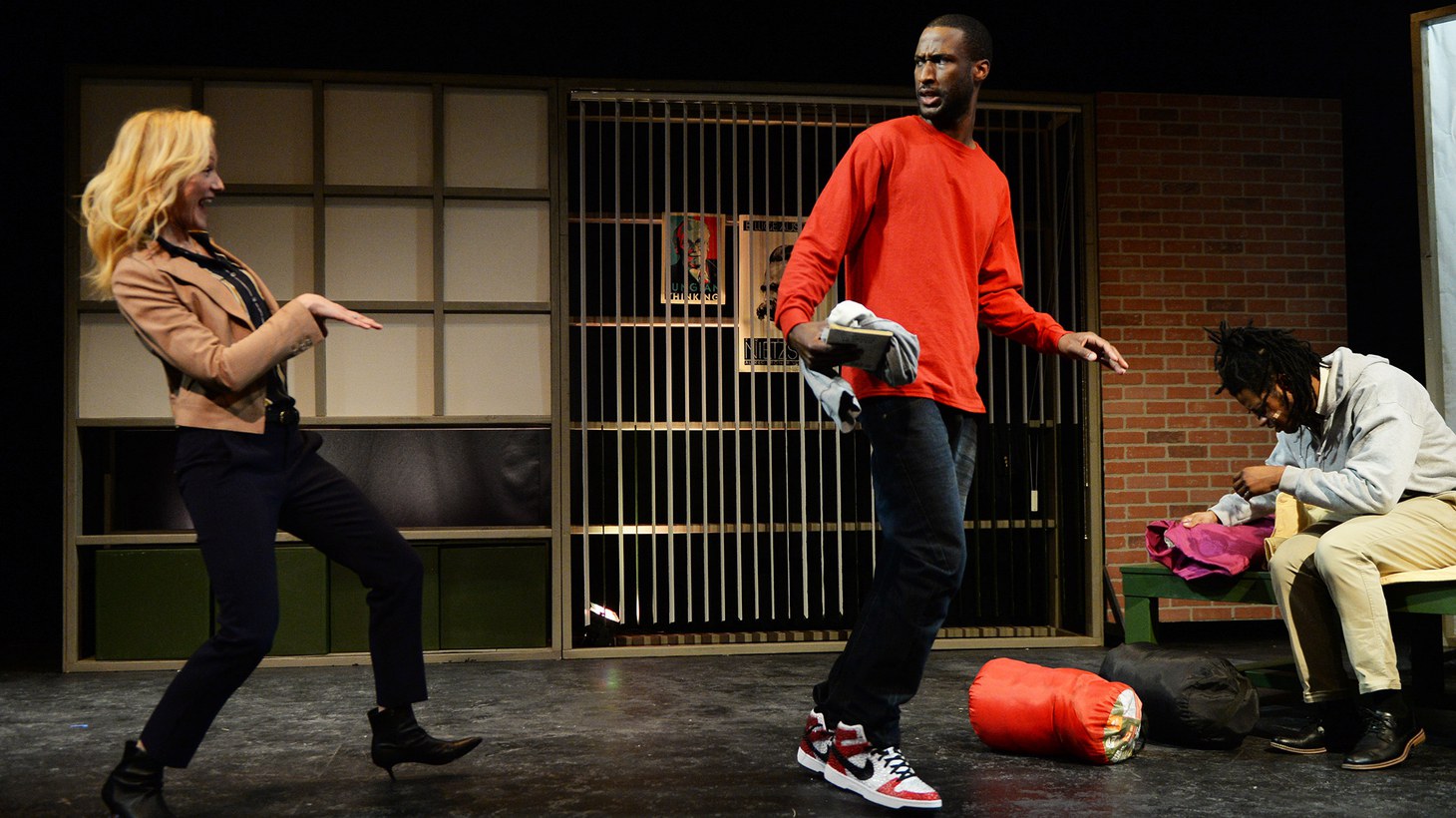 “Hooded or Being Black for Dummies” was first performed on stage five years ago. But the issues explored in the play remain relevant today, as it continues its Los Angeles run at the Atwater Village Theater.

“This play, for me, has been very cathartic,” says Brent Grimes, the actor who plays Tru, a 14-year-old Black kid who finds himself living with another young Black kid and his adopted, affluent white family. “It really gives the audience and everyone … a chance to examine how we relate to one and other.”

In the play, Tru tutors his counterpart Marquis in everything he didn’t learn by growing up in Achievement Heights, a fictional wealthy suburb.

“What I think Tru offers is the other side of the Black experience,” says Grimes. “Marquis may have had a more sheltered upbringing … but where [Tru] lacks that, he makes up for in his awareness and street savvy.” 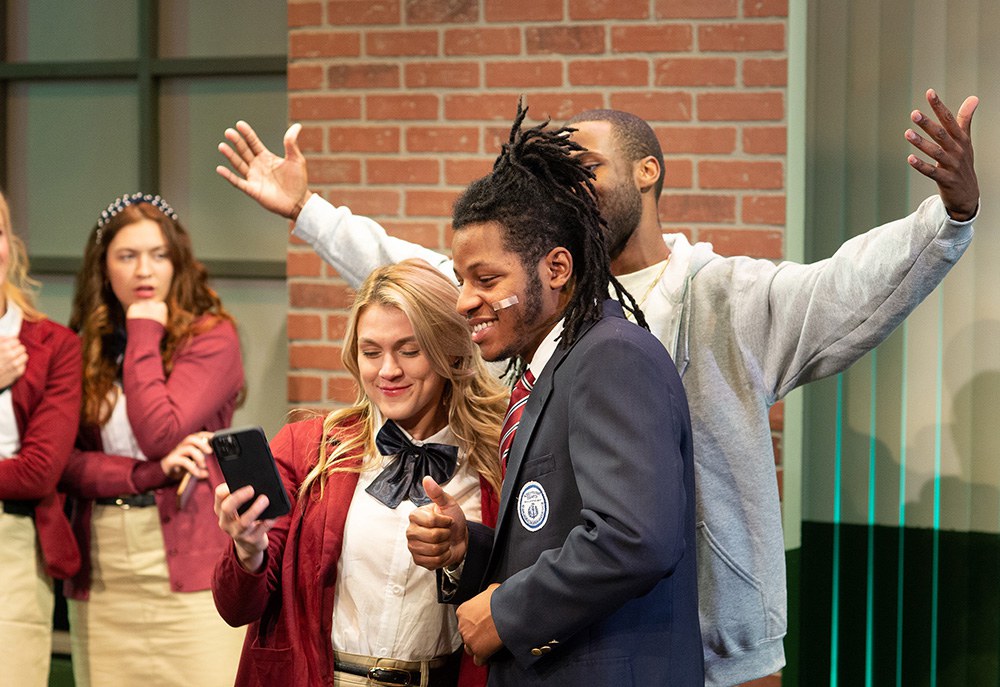 Eventually, Tru puts that street savviness into a manual for Marquis entitled “Being Black for Dummies.” The book contains a whopping 114 rules, not to mention some advice from the rapper 2pac. It’s the play’s satire and humor, but also its more serious elements, that attracted director Ahmed Best.

“I love how it is used to really drop you into the gravity of what we’re talking about. And that affects you, it moves you. And once you’re moved, you can change your mind.” 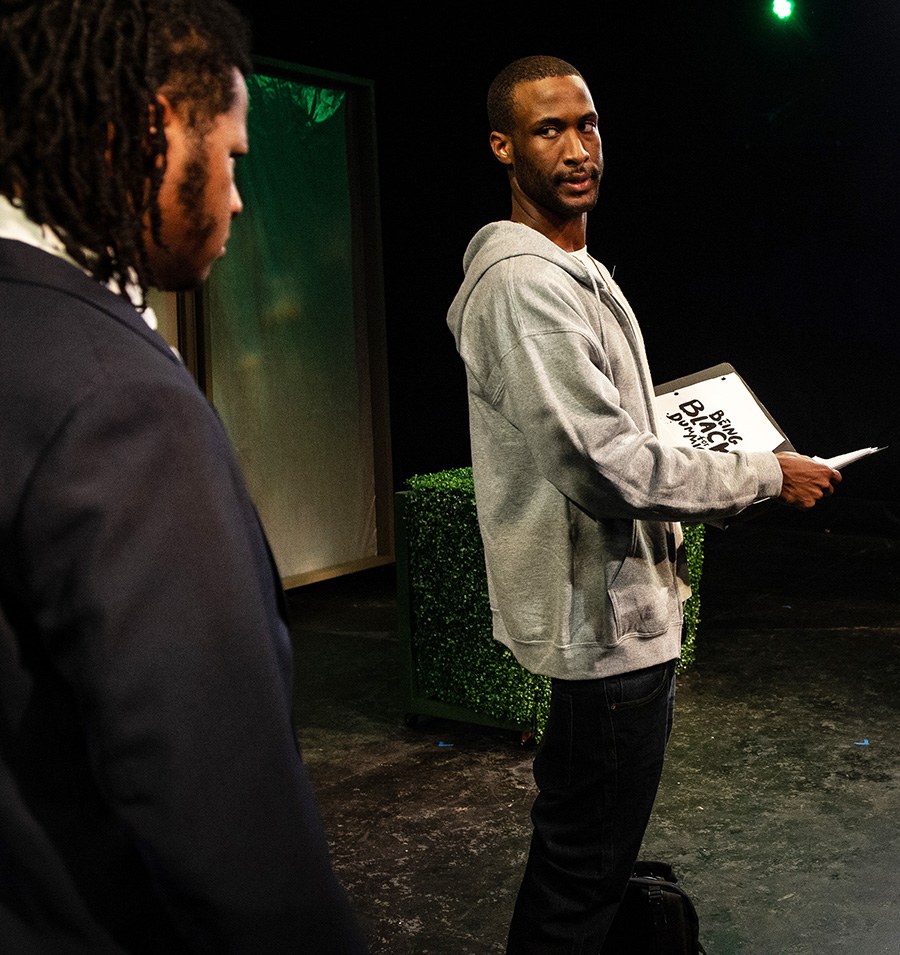 Actors Jalen K. Stewart and Brent Grimes perform in “Hooded or Being Black for Dummies.” Photo by Cooper Bates.

‘Hooded or Being Black For Dummies’: Deadly serious satire about race in US

“Hooded or Being Black for Dummies” premiered on stage five years ago. As the play continues its LA run, the issues it explores remain relevant today.

Cannabis consumption scene comes back to life in West Hollywood