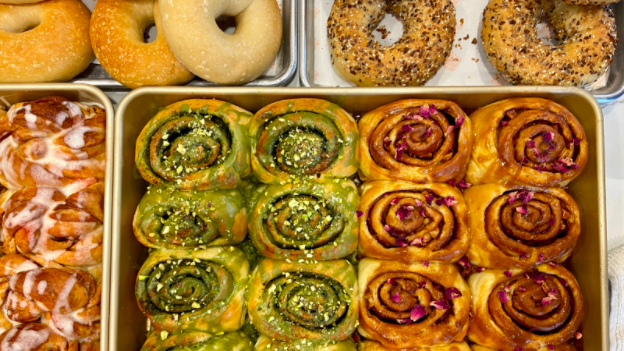 Tatiana Brunetti, owner of Healthy Indulgence Bakery in downtown LA, is donating a portion of her proceeds to the nonprofit United Animal Rescue. Her sister is a veterinarian in Ukraine who refused to leave her animals, even after the war started. Photo by Giuliana Mayo.

It hasn’t been easy for anyone to get a business off the ground during the pandemic, but Tatiana Brunetti, owner of Healthy Indulgence Bakery, had a uniquely challenging opening week.

Brunetti is Ukrainian American, and she opened her bakery in downtown Los Angeles’s Arts District around the same time Russia invaded her home country.

“It was hard to not receive a message from your mom and your sister when the sirens were going on, and their phones were off, and they [were saying] goodbye,” she says. “It was unbearable.” 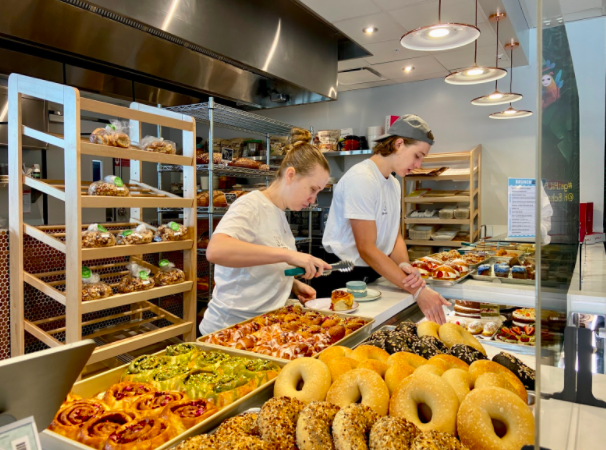 Brunetti and her employee, Ben, serving up carbs at Hi Bakery. Photo by Giuliana Mayo.

Brunetti, a baker since childhood, isn’t just working to satisfy the Angeleno sweet tooth. She’s also trying to give back. A portion of proceeds from Healthy Indulgence Bakery – also known as Hi Bakery – are donated to the non-profit United Animal Rescue.

Animal well-being is a cause near to Brunetti’s heart. Brunetti’s sister is a veterinarian in Ukraine who refused to leave her animals, even after the war started.

“She’s very brave,” Brunetti says of her sister, who is caring for more than 300 animals left behind in cities destroyed by bombs, and has no plans to leave the country. “She has a lot of souls to take care of.”

Brunetti’s hard work has paid off. She says 150 care packages funded by Angelenos will arrive in Kyiv on April 13, ready for distribution to animal shelters around the country.