For the first time in the 68-year history of the California School for the Deaf in Riverside (CSDR), their football team is one game away from capturing the division championship. This comes after suffering seven straight losing seasons. The Division 2 Final Championship takes place November 27 at the school’s home field against Faith Baptist.

“I have not had a decent night's sleep since last Friday,” says the school’s superintendent Nancy Hlibok Amann. “I'm full of excitement.”

To say the team is undefeated is an understatement. “They're beating their opponents by tremendous margins. In the regular season, it was 642 to 156, if you add up all the points. … They're just great football players. And then … as a hearing person, when you're watching it, you're seeing how they're turning deafness into an advantage on the field,” says Thomas Fuller, who’s been covering the team for The New York Times. 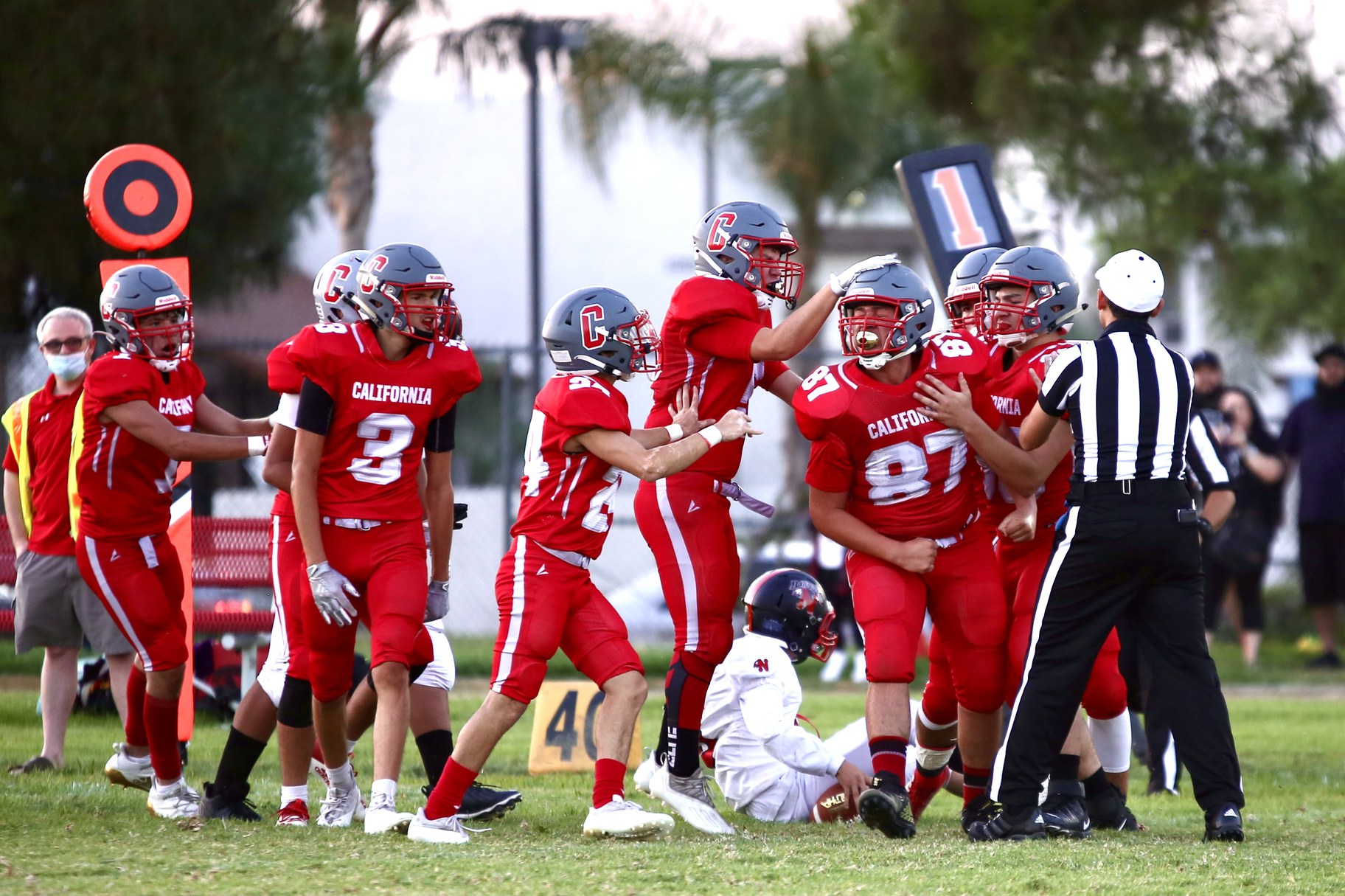 “They're beating their opponents by tremendous margins. In the regular season, it was 642 to 156, if you add up all the points. … They're just great football players,” says the New York Times’ Thomas Fuller, who’s been covering the football team of the California School for the Deaf, Riverside.  Photo credit: Amelia Ortiz.

In a game where at least one of the teams doesn’t hear, how does it all work? Fuller says the crowd includes many deaf people, and there’s no physical loudspeaker or traditional play-by-play or national anthem before the game. “You're there and you're watching much more intensely because that's what you're focused on.”

Amann adds that fans have a lot of side conversations during the game. “So we ourselves are the loudspeaker. And we're giving that play-by-play throughout the game. So that really gave me a different vantage point. But I don't feel like I'm missing out. And in fact, I feel it's more intimate … that we're having those conversations within the audience, and we're filling each other in on what's going on throughout the game.”

Fuller says the deaf team doesn’t need a huddle — they just walk up to the line and look at their coach, who gives them a coded sign. “Even if you knew sign language, you wouldn't be able to decipher it unless you knew their codes. … And they're very, I would say, more efficient than their opponents. … The opposing coach told me, ‘I have never played against a team that communicates better than the California School for the Deaf Riverside.’” 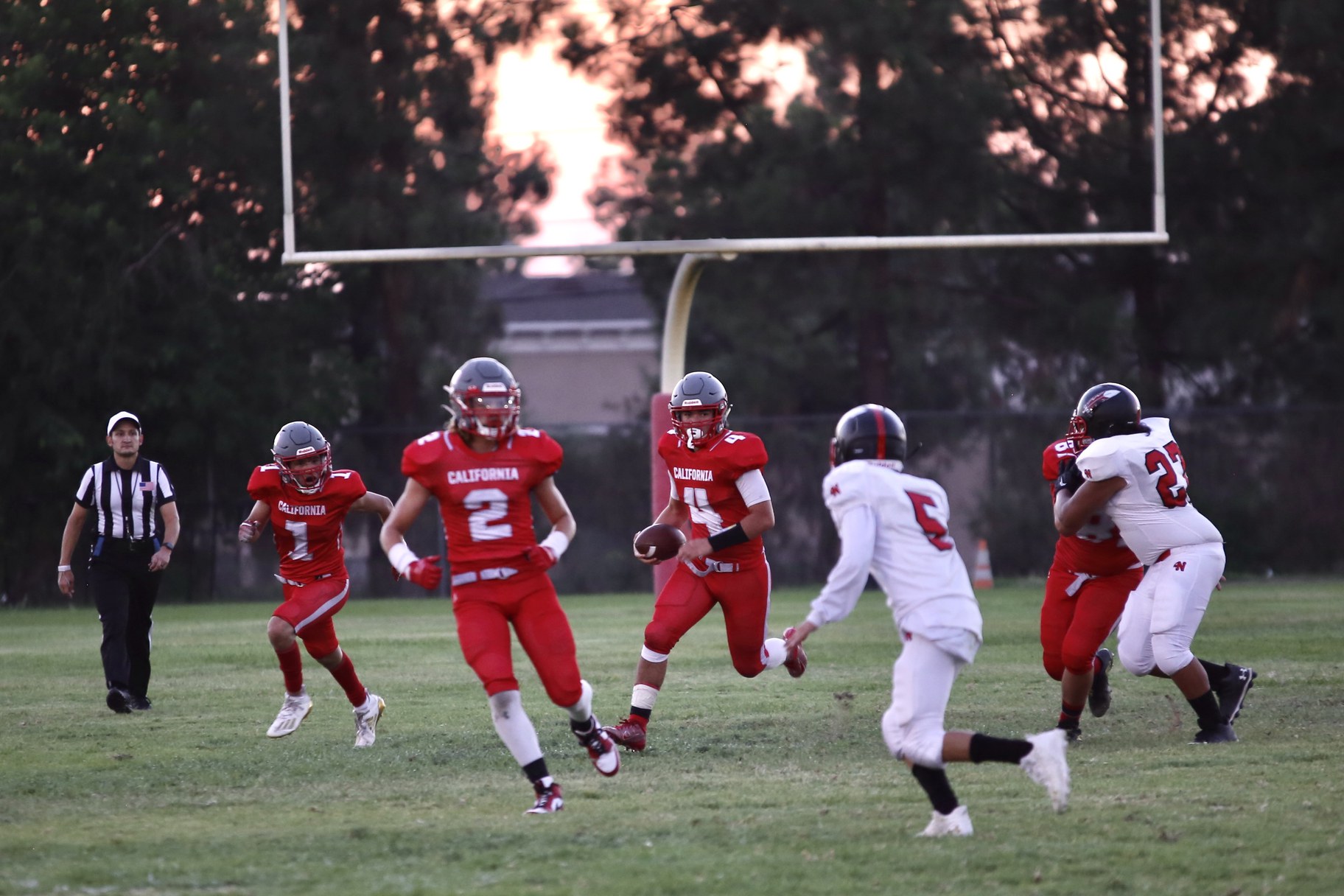 CSDR is 12-0 heading into the finals on November 27 against Faith Baptist. Courtesy of the California School for the Deaf, Riverside.

For hard-of-hearing students in the state, there are only two public schools dedicated to them: Amann’s campus in Riverside and another location in the Northern California town of Fremont.

Amann says that many hard-of-hearing people go to public schools, where they might catch 50% of conversations, but when they join the California School for the Deaf, they have complete access to resources. “Here we have the academics, we have the socialization, we have extracurricular activities, we have sports. I mean, it's mind-blowing for these students.”

“Schools for the deaf are the place for deaf kids. What you want is a kid to feel whole. That's the ultimate goal,” says Amann. She encourages anyone who doubts the importance of surrounding deaf people with an all-deaf environment to visit the school and see for themselves. 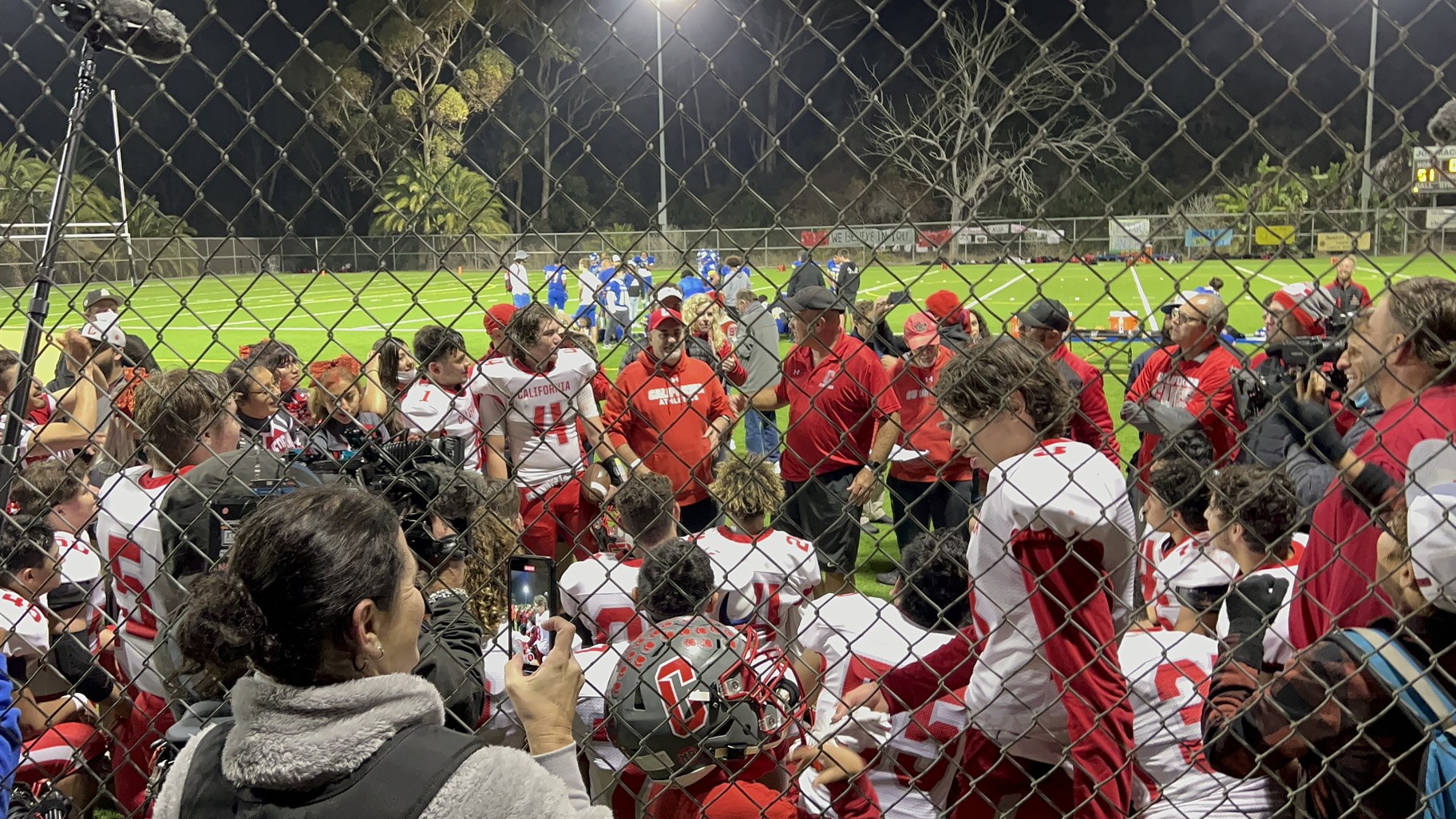 All the players and coaches at CSDR are deaf. Courtesy of the California School for the Deaf, Riverside.

Stigma, ignorance, and disrespect still exist, however, and both Fuller and Amann have witnessed it during games.

“I was at the game on Friday evening on Catalina Island, and I was noticing that some people in the crowd on the opposing side were sort of making noises that were mimicking some of the noises that the deaf players were making,” says Fuller.

He says that over the years, teams have come to Riverside expecting an easy win. “I think that's what makes this story so moving — you have this group of boys who are just completely proving them wrong.”

For the first time in the 68-year history of the California School for the Deaf in Riverside, their football team is one game away from capturing the division championship....

What does California’s latest redistricting effort mean for OC Republicans?

Democrats swept all seven Congressional seats in Orange County in 2018. The county was a GOP stronghold for decades. Two years later, Republicans won back some of those...