Candida Brevard, a volunteer for People for People, does a grocery run for an Angeleno in need. Photo by Angel Carreras

The coronavirus has caused unemployment to skyrocket across the county to more than 20%. Along with that rising number? Food insecurity.

You’ve probably seen pictures of cars lined up for miles, drivers hoping to get food from local food banks. Maybe you’ve waited in those lines.

Nonprofits and pop-up food pantries have tried to help, but there are food-insecure Angelenos who can’t get to those places.

People for People Los Angeles, a new organization out of South LA, is trying to bridge that gap. Members bring the grocery store, pharmacy, and more to the elderly, those with no transportation or with disabilities, Black Angelenos, and other communities of color.

“There were folks who couldn't even get to grocery stores, that couldn't find diapers. And society’s inequities were truly showing,” says Thabisile Griffin, a longtime organizer and co-founder of People for People Los Angeles. “We could have younger, able-bodied, healthy folks do these grocery, medicine, medicinal service runs for them.”

Griffin adds, “We're trying to figure out the best way to clean up after racial capitalism's mess. It's impossible to do so, but I think it's important to set a blueprint for the future that we need to envision.”

Griffin and Enas Salem started the group after seeing how people initially reacted to the pandemic.

“A lot of people were buying stuff that they didn't need because they were panicked,” Griffin says.

The cofounders wanted their organization to cure overconsumption and the every-person-for-themself mentality.

“What we do with our close to 300 [volunteers] is about changing the culture of society, to be responsible for each other,” Griffin says.

People for People created a spreadsheet with all their volunteers, giving them areas of coverage throughout the city.

Volunteers, who are also known as runners, get orders via texts and calls via People for People’s hotline number.

Runner Candida Brevard has been helping since the group’s beginning. 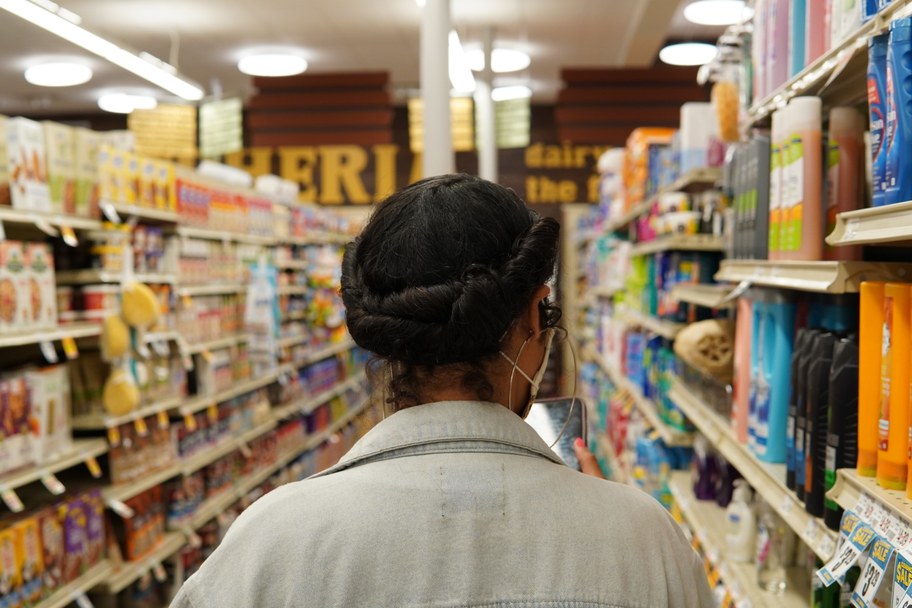 Candida Brevard getting on a recent run, where she got groceries for an undocumented family of six. Photo by Angel Carreras.

Her freelance fashion design work has dried up due to COVID-19. She jokes that she and her daughter are cooped up at home and like to get out with deliveries, but the organization’s cause is meaningful to her.

“I want to do something for my community, I want to help,” she says. “If I was in a position where, God forbid, I couldn't go out because of COVID-19 or maybe I just didn't have the means to go, I would want people from the community to volunteer for me and my baby.”

All the money People for People receives is crowdfunded from the community, mostly through their thousands of social media followers. Donations are as small as $5 and as high as $200. The money covers costs of groceries, medicine, and baby supplies. The money occasionally covers gas for volunteers’ cars, and sometimes the volunteers get tips. 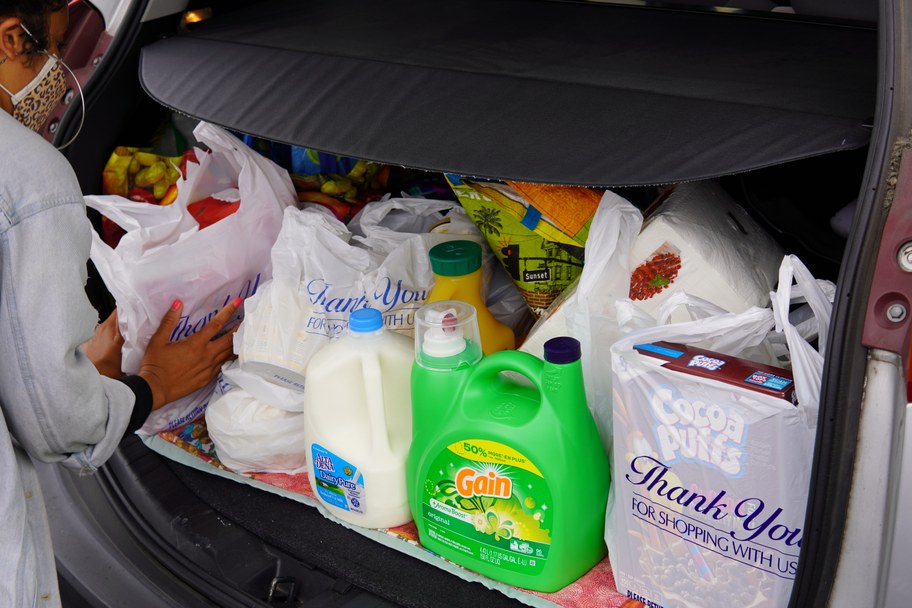 Groceries worth $250 are heading to a family, all courtesy of People for People. Photo by Angel Carreras.

“That's what mutual aid is about,” Griffin says. “If you have $50 and you give $10 to help people that you don't even know within your community or class, that's the business. That's what we're going for.”

People for People calls itself a mutual aid group.

Griffin and the group’s volunteers are mostly college-aged students who are financially struggling themselves. They balance the mutual aid volunteer work with their personal lives.

Griffin is working toward a Ph.D in history at UCLA. She wakes up at 6 a.m. each day and has a strict schedule to balance her studies with her work for People for People.

Despite how much time she’s committed to People for People, she says she’s “really nobody within the organization.” She explains, “It’s really run by our runners, our volunteers, the folks on the hotline and stuff like that.”

The group is decentralized so that it could continue if the founders and current volunteers leave. If others are willing to step up and help their communities, so will the mutual aid.

Options for watching professional sports are limited during this holiday weekend.

The coronavirus has caused unemployment to skyrocket across the county to more than 20%. Along with that rising number?