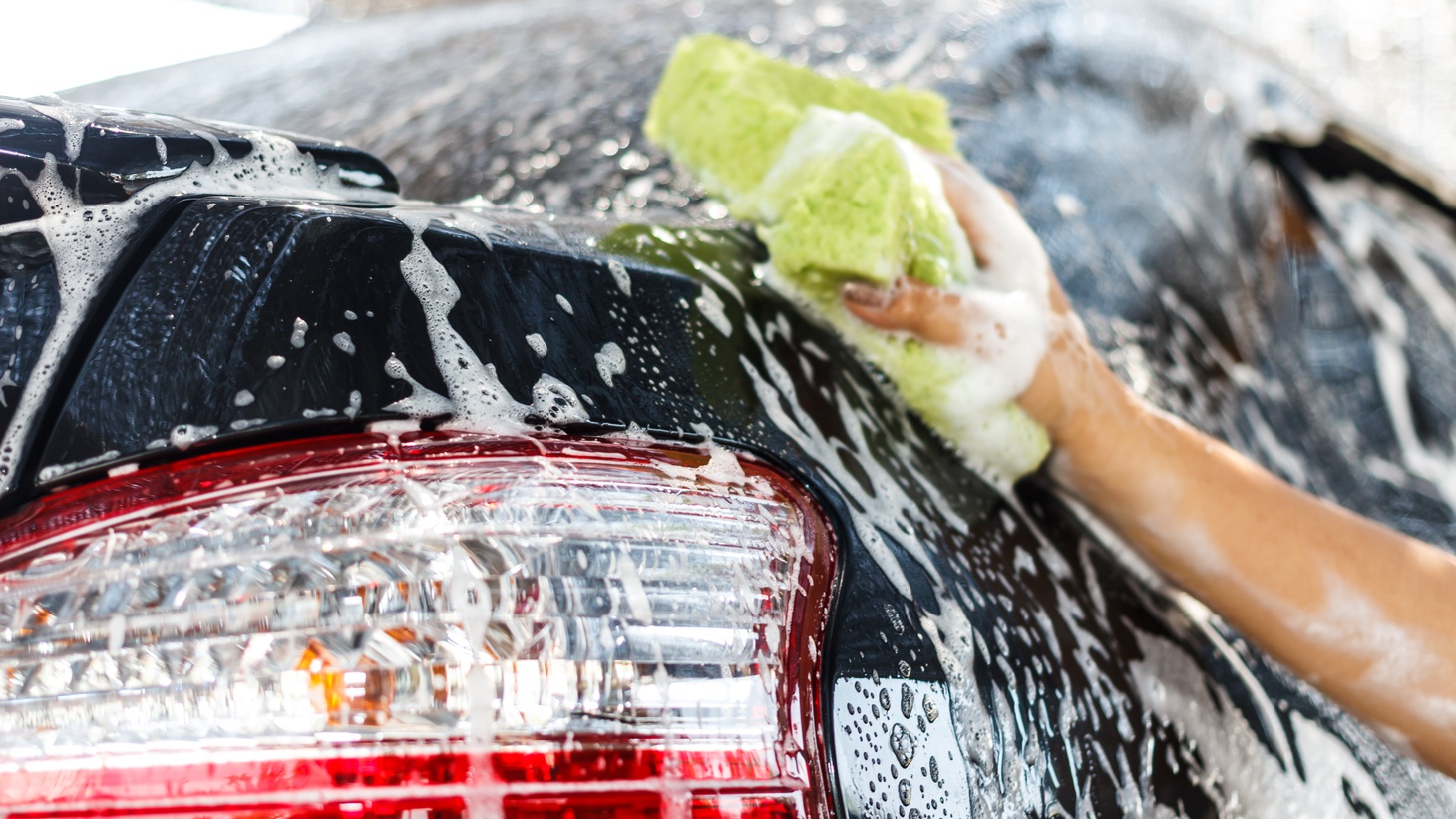 “They were frequently required to take extended lunch breaks [without pay]. They were also required to work up to 10 hours a day with no overtime pay, at least according to the state of California. And managers regularly altered work workers’ time cards to reduce total hours,” says CalMatters reporter Alejandro Lazo about Playa Vista Car Wash. Photo by Shutterstock.

Wage theft has long been an issue at car wash businesses in California. In 2019, the state’s labor commissioner fined Playa Vista Car Wash $2.3 million for underpaying its workers. It was the largest penalty against a car wash in the state’s history.

But three years later, workers still haven’t received any of the back pay. That’s according to an investigation by CalMatters. Reporters Alejandro Lazo and Lil Kalish spoke with workers from the car wash, and learned that they were often forced to work without pay.

“They were frequently required to take extended lunch breaks [without pay],” says Lazo. “They were also required to work up to 10 hours a day with no overtime pay, at least according to the state of California. And managers regularly altered work workers’ time cards to reduce total hours.”

Lazo adds that people were forced to work off the clock, waiting in an alley from the start of the day until they were needed.

This kind of treatment is not uncommon in the car wash industry, and neither is waiting years to receive back pay after a wage theft claim is filed, says Kalish.

“Employers will often appeal or delay the hearing dates, and that will make the case drag on,” Kalish says. “Right now we see that the average wage theft case takes almost a year to get a decision. And it can take even longer for workers to get the money back into their hands.”

Hooman Nissani, the owner of Playa Vista Car Wash, has appealed the state’s fines, claiming the case against his business is flawed. He did not respond to interview requests from Kalish and Lazo.

Nissani also claims that an independent audit, which his company paid for, found that Playa Vista actually overpaid some of its staff.

Part of the reason so many car washes get away with wage theft, say Lazo and Kalish, is a lack of enforcement. The Car Wash Worker Law, which passed in 2003, requires car washes to register with the state and pay into a restitution fund for workers whose wages were stolen — unless the company’s workers are unionized.

But CalMatters’ investigation found that fewer than 40% of California car washes were registered in 2020. “There's really no mechanism to hold those folks accountable,” says Kalish.

But a former board member of the Western Car Wash Association says under the new rules, good actors in the industry end up paying for those who don’t follow the rules.

Though the Playa Vista Car Wash case is still pending, some of the workers that Kalish and Lazo spoke with decided to take matters into their own hands. Former employee Antonio Dominguez and several coworkers founded CleanWash Mobile, a worker-owned car wash in Mid City.

“The money goes directly to the workers, these workers who basically have all their equipment in a van,” says Lazo. Currently, they are paying themselves $17.25 per hour.

3 cents per piece to hourly pay for CA garment workers: Will US follow?

Garment workers are getting higher pay thanks to a new 2022 state law — following a long history of wage theft. Organizers are making a national push for laborer protections.

California’s labor commissioner fined Playa Vista Car Wash $2.3 million for underpaying its workers. That was in 2019. Workers still haven’t received any of that back pay.

OC animal shelter won’t turn anyone away, even as they have less to give

At the Animal Assistance League of OC, staff members care for lost or abandoned pets, and educate people about better pet care.