“[Poetry is] an art form to take raw emotion and raw feelings … [and it’s] elevated to art where it's like, people can't not listen,” says Get Lit Founder Diane Luby Lane. Photo courtesy of Get Lit.

Seventeen year-old Virginia Villata feels like her life has come full circle. It’s been five years since she first stumbled upon the world of poetry, and she’s just hours away from the annual Get Lit Classic Slam finale. It is the first time she has qualified for the last round of competition.

Villata is the team captain of the Get Lit team at Venice High School. For the last few weeks, her team has faced vicious competition; it has been a poetic battle of words, rhythm and visual imagery.

Virginia Villata uses her poetry to make peace with her past.

But her journey to reach this point wasn’t easy.

Like many teens, she had a tough time growing up. By the time she was six years old, her parents had divorced. That left much of the parenting to her mom, who works full-time as a housekeeper.

It didn’t leave much time for mother-daughter bonding, she says.

By the time she reached middle school, Villata says she started to spiral and much of her life felt out of control. When she realized her mental state was worsening, she decided to reach out for help. She asked her mom if she could go to counseling.

Her mom said it wasn’t financially feasible at the time. And so Villata turned to other ways to cope.

Villata fell into the wrong crowd, she says. And she started to drink. Her substance-use eventually graduated to smoking marijuana. She also struggled with food  — she would skip meals some days, and on others she found herself binge eating. She says that being in her own body felt wrong

Virginia said she was trying to find some semblance of control.

“A lot of events in my life, kind of, were all coming down to [these] moments, and I just didn't really know [better],” she says. “I didn't have the tools to handle what life had thrown at me during this time.”

By the time she reached the 8th grade, Villata was reeling, trying to make sense of what her life had become.

Then she watched a group of Get Lit poets from Venice High School perform on campus.

“It was just so brave watching them perform. …They really inspired me because I had really heard any other person talk about those things,” she remembers. “Here was this strong poet that I saw [who] took their pain and took their struggles, put themselves out there and said they were stronger than everything that was going like that was happening to them.”

Villata wanted to be like those performers on stage.

So she decided she would attend Venice High School — even if that meant riding two buses and a train daily to get there from her Mid-City apartment.

She joined the poetry club as a freshman, and would eventually make the same team she saw perform in middle school. 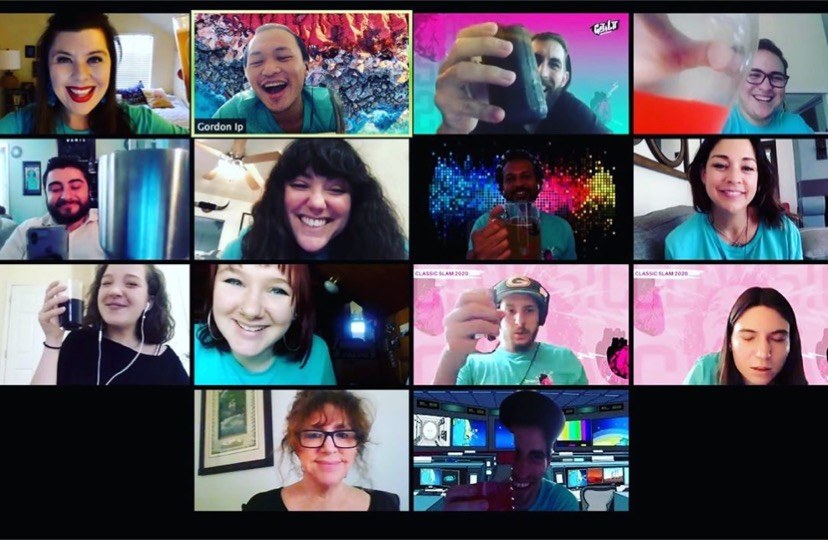 Get Lit staffers are still working during the pandemic. On Zoom. Photo courtesy of Diane Luby Lane.

The Power of Poetry

Get Lit was first started in 2012 by Diane Luby Lane. Its first Classic Slam attracted about 18 southern California schools. Lane says that nowadays, the nationally recognized poetry organization draws more than 50 schools from across the United States to its competitions.

The event, held in partnership with the Los Angeles County Department of Mental Health, serves as a place where young people can share their stories and connect with one another, according to Lane.

“[Poetry is] an art form to take raw emotion and raw feelings … [and it’s] elevated to art where it's like, people can't not listen. That's sort of the art of this work,” she says.

With schools closed for in-person learning, Get Lit teams and staff have been forced to meet and perform virtually. 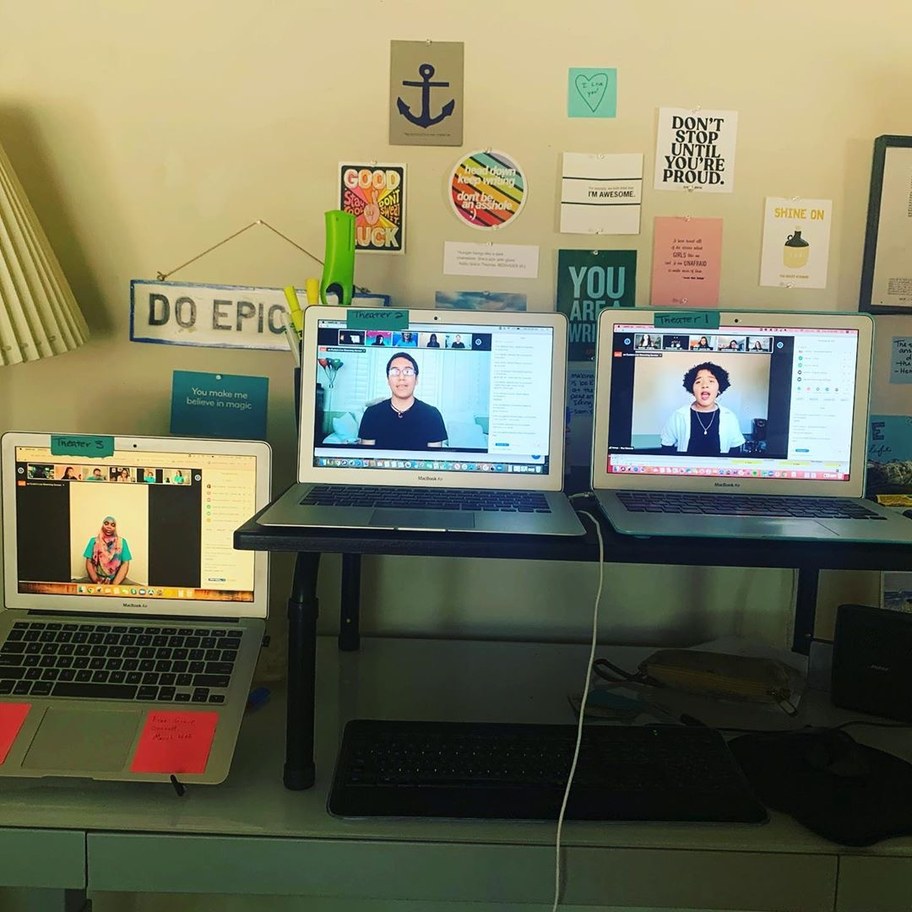 Venice High School poetry coach Hazel Kight Witham says that during the COVID-19 pandemic, poetry has also served as a refuge for student writers to try to make sense of the historic events going on. During the month of April, she had her students write a poem everyday.

For Villata, poetry became an outlet; a place of refuge where she could express the thoughts she felt she couldn’t express in any other way. It helped her regain control during a time she felt lost.

In some ways, she says her poem at the Get Lit Classic Finale was a way to make peace with her past.

Her poem, titled “Ode to the Frozen Burger Sold at the Dollar Tree,” would help win her the Classic Slam finale. With a score of 30.8, Villata was the highest scoring poet of the night. She also received the People’s Choice award. Those awards earned her more than $1500 in prize money.

With that money, she’ll be saving up for her next journey to UC Irvine, where she’ll be majoring in public health science. She’ll be the first person in her family to go to a four year college.

Check out Villata’s full poem below:

If you know anything about Mexican moms, you know they can make meals for kings.
Back then I remember the meals my mother made...remembered the smell that
escaped, the warmth it would bring
and I thought those cheap burgers,
I thought they too were fit for kings.
Yet to everyone else but me.
They were disgusting things,
Stale,
only delicious when microwaved long enough that the famished slab of cheese no
longer looks plastic.
They were cheap things, cardboard boxes and cardboard food.
As a kid, they were the only meal I knew.
It was a thing of Royalty for me,
ask any mocoso in the jungle gym if their next meal was as good as my hot deal of
burgers in boxes and me at my kitchen table throne.
I was excited, eating burgers three times a day,
Never thinking of the Malnourishment growing in my stomach.
I couldn’t have known that I was about to be dethroned
When my grandmother came from Mexico, she cried in horror seeing our stashed
meals, her voice rattled with anger:
Tu llegastes a Este país para una vida mejor. Esta es una vida mejor ? Dandoles tus hijos comida hecha de mierda?
And that night when all the boxed burgers were in the trash, my mom laid on the bed,
I brought her mantequilla toast to silence the rumble in her stomach
and su cara me dijo todo.
That night she cried,
It made me realized,
there was no disgust growing,
only me finally knowing

That, Here’s the truth.. there should be no need for us to hide the burgers in the back of
our freezer.
For real, my mama loved cooking, arroz y carne asada, tortillas con huevos rancheros,
my mom would have made me all the food
cooked meals she didn’t even know the names of.
my mom would’ve made me all the meals, but she couldn’t.
For real, I was too young to know, my mom too desperate, finding anything she could
afford, she would have made me all the meals, but she couldn’t.
Couldn’t find a job other than housekeeper, maid, houses made cleaner than her own.
In truth my mom stole an apple from her job everyday because
truthfully, the boxed burgers were disgusting things, unfulfilling, cardboard food
microwaved with
real love and real money and real hunger, they were my favorite food, not the best nor
the worst, they were the only meal the only Love.
I knew I knew