These music bookers say in-person shows will return in 2021 Indoor music venues in Southern California are still dark, like The Miracle Inglewood, but talent bookers are beginning to add dates to their 2021 calendar. Photo by Farah Sosa.

This month marks a full year since stages went dark at live music venues across Southern California. But little by little, a sprinkling of show dates are beginning to dot the 2021 calendar.

“We definitely see the light,” says Galo Galvan, who books shows at the Fox Theater Pomona. “We're reaching out to artists, going through different scenarios, different capacities, always staying informed and really ready for anything.”

Galvan is focused on booking local talent since it’s still too soon for most bands to tour. He expects to book the first in-person shows of 2021 on Fox’s rooftop. “We're going to bring in maybe 40 people, and do something really exclusive, and also have it available online,” he says. 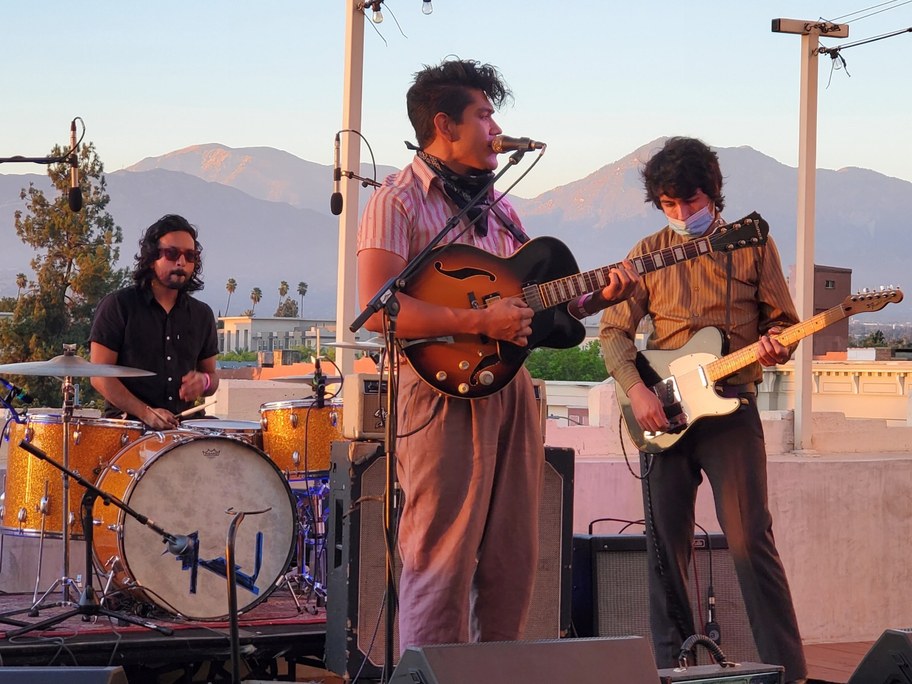 The Tracks performing at the Fox Theater Pomona in September 2020, a show fans could live-stream. Galo Galvan, who books music at this venue, says the first in-person shows of 2021 will likely be outdoors. Luckily, the venue has a rooftop space. Photo courtesy of Galo Galvan.

Venues with outdoor options are definitely at an advantage. At The Miracle Inglewood, owner and operator Owen Smith says he plans to have neighborhood talent perform at an outdoor space behind the theater, once he gets the thumbs up from public health officials. “We're blessed with amazing local talent,” he says.

Some countries further along in their vaccination rollout, like Israel, are requiring proof of vaccination before going to a live event. Galvan and Smith say they don’t plan to require vaccination proof unless forced by the government. “We'll see what the officials at the city and state levels have to say,” says Smith.

In the meantime, both venues are using their spaces for livestreams and music videos. They’re preparing to open as limited capacity movie theaters. 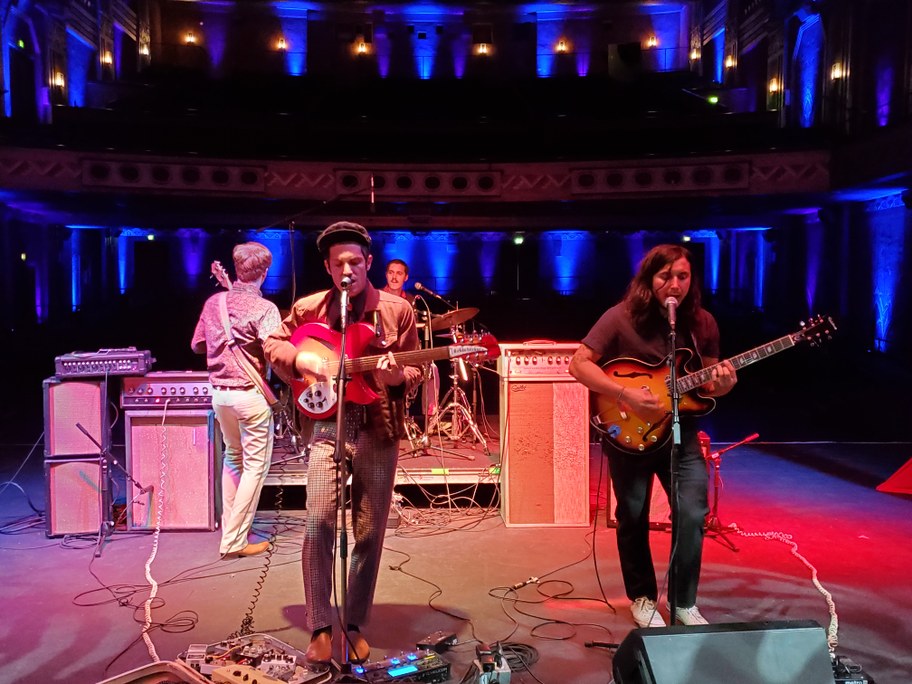 While audiences are not allowed inside the venue, the Fox Theater has held livestreams at the venue with empty seats as the backdrop. Photo courtesy of Galo Galvan.

These music bookers say in-person shows will return in 2021

This month marks a full year since stages went dark at live music venues across Southern California. But little by little, a sprinkling of show dates are beginning to dot...

SXSW goes virtual this year. What that means for a musician and a caterer

South by Southwest (SXSW) — the film, music and comedy festival in Austin, Texas — spans March 16-20 this year. It’s long been hailed as a showcase and launchpad for rising...

Over the past year, LA County museums have sat mostly empty because of countywide pandemic restrictions. That has resulted in millions of dollars of lost revenue. One...