Shannon James (right) with a woman who’s come to Beacon for Him Ministries. All photos by Angel Carreras.

In the Willmore neighborhood of Long Beach, countless people are waiting to enter a nonprofit called Beacon for Him Ministries (BHM). The line snakes down the sidewalk.

Shannon James runs this BHM. You can see her sharing cereal with an elderly woman one minute, then racing across the room to play dominoes with a man sporting face tattoos.

She does all this on top of her full-time job as a dock worker at the Port of Long Beach.

“We're all created with purpose,” James says. “This is what I was born to do.” 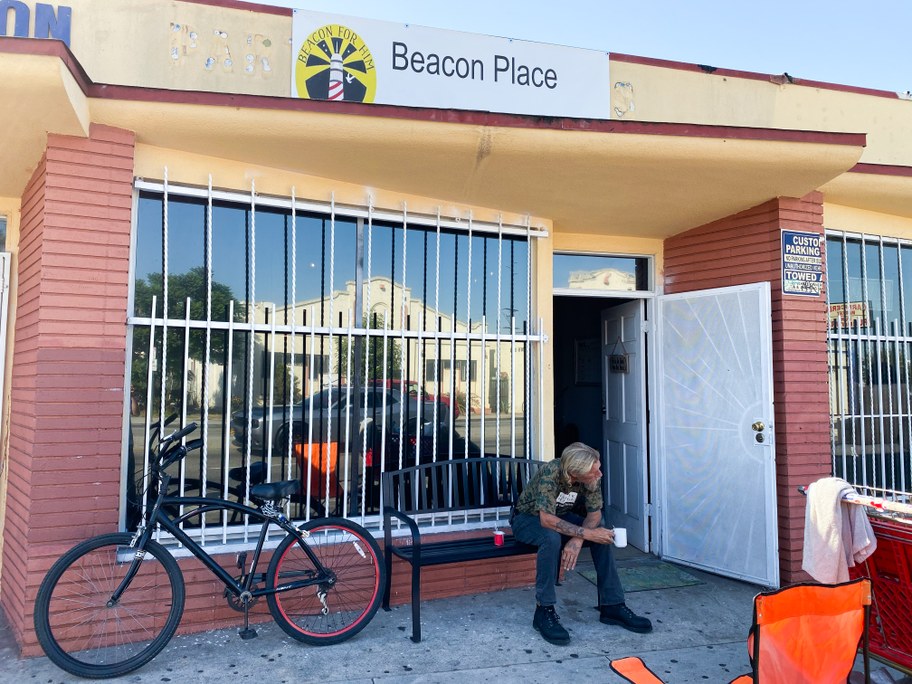 The exterior of Beacon for Him Ministries.

She launched BHM after meeting one homeless man six years ago. She had finished work and just wanted to get home to her kids. Then she saw a homeless man panhandling, but she didn’t ignore him.

“I just felt nudged by… I say it's God. Other people might say it's crazy, but I felt him saying talk to him,” she recalls.

James asked where he was staying, and if she could bring him food. He suggested that she bring food to his hungry friends at a nearby park too.

“Those were the words that changed how I perceived people that were homeless,” she says. “There was so much compassion, even in the brokenness.”

After scouting the park for a few days, James started a makeshift food donation line. She handed out apples, water bottles, and more.

“I didn’t know what I was doing,” she admits with a laugh. “But I was just blown away by everyone, their stories. One of the most profound things was that people were just grateful to be seen.”

James served food and held ministry at the park for a year before leasing a building to house her operations.

Beacon for Him Ministries was born. 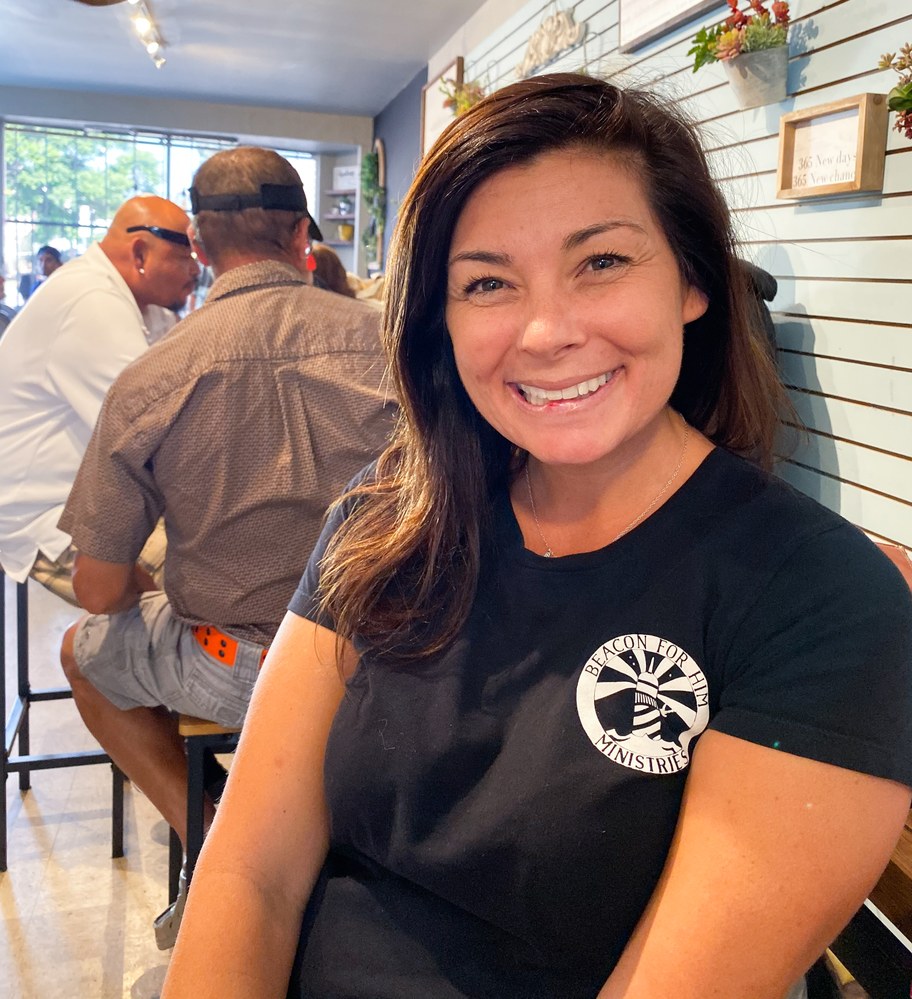 James now works with other nonprofits to serve hundreds of people. She maintains close relationships with each one of them too.

Ben Mears, a formerly homeless man, now volunteers with James’ nonprofit, which he calls a community. He says it’s important to not treat someone as a number, but as an actual human. “I'm not just going to give you food. I'm going to sit and eat with you, talk with you, get to know you.”

The nonprofit is now testing a pilot program for Long Beach -- a decision made by Mayor Robert Garcia.

James is now equipped with motel vouchers to bring in someone sleeping on the street and connect them with services the next day.

“The great thing about her is she's got this really amazing personality, and I think that she brought other people along with her, so she's really a team person,” Garcia says.

She wants to go bigger too. Inspired by her job on the docks, she’d like to see shipping containers converted into housing units. She also envisions a playground for kids, offices where people can find resources, and enough personal space for every person.

In the Willmore neighborhood of Long Beach, countless people are waiting to enter a nonprofit called Beacon for Him Ministries (BHM).

The big and shady business of organ harvesting

Did you tick the donor box when you got your driver’s license? That may mean that upon your death, an organ harvesting company can rush to get your bones, organs, or tissue...

Desert X is a public art exhibition that happens every two years. This past spring, in its second installment, large scale art pieces were spread across the Coachella Valley...