Indoor shopping malls reopen in LA. Some workers are relieved, some are worried At Westfield Culver City, shoppers line up to try to buy rare shoes potentially left behind when the pandemic forced the mall to close. Photo by Angel Carreras.

For the last seven months, Los Angeles County malls have been mostly closed due to COVID-19. But on Wednesday, October 7, indoor shopping malls were allowed to reopen at 25% capacity.

Westfield Culver City mostly looked the same, but with closed food courts and plenty of hand sanitizing stations throughout.

Most employees were happy to return to work.

Adeline Ramirez, a 30-year-old employee at Old Navy, shared anxiety about another potential mall shutdown due to a COVID-19 outbreak or getting infected herself.

“It's just overwhelming … customers getting up too close, stuff like that. Especially [as] greeter because you're the first person the people pass by,” she said.

A surprising amount of people showed up for the weekday reopening, most lining up around shoe stores. Customers there were looking to snag potentially rare shoes stuck languishing in a stock room during the pandemic to resell online.

Eddie Varela, co-owner of Pro Image Sports in the Westfield Culver City, was relieved to see any foot traffic.

“We've been closed down like half a year now,” Varela said. “We’re a little excited and nervous at the same time. We haven’t done this for a while. Just waiting to see how everybody reacts to the mall being open. Hopefully we get some business.”

He and business partner Ricardo Velasquez were just getting out of debt from starting their business more than 10 years ago. Then COVID-19 hit.

The two now have six-figure debt. They took loans to keep their business afloat during the mall closure. 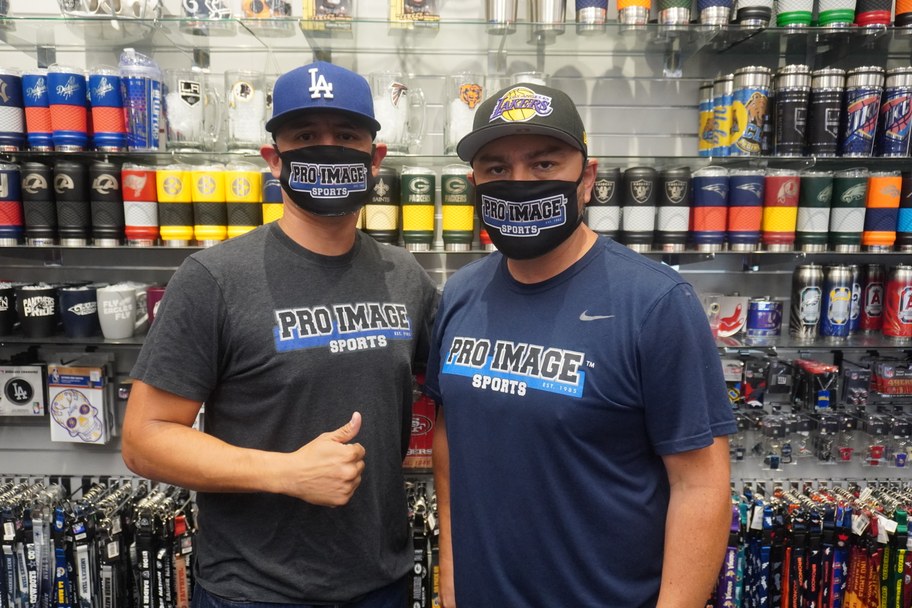 “This whole COVID thing has just been horrible,” Velasquez said. “It's been a strain mentally for both of us. Now that we're open, we thank God and we're definitely appreciative. But it's definitely an uphill battle from here.”

Velasquez said he hopes more foot traffic will return because the mall reopened and LA sports teams have been performing well.

“Now that the Lakers are going to win the finals, for sure, we're excited about that. The Dodgers are on the right track, as well. If both win their respective championships, then it's going to be good for us, for sure.”

Indoor shopping malls reopen in LA. Some workers are relieved, some are worried

Most mall employees were happy to return to work. Others feared contracting the virus and/or the mall shutting down again.

Outdoor dining in downtown LA: Which restaurants are making it work, which are struggling

Downtown LA used to be nothing more than a business center. After 5 p.m., it turned into a ghost town.

The discovery and sale of Cecil B. DeMille's alcohol stash

Wine importer and distributor Caroline Debbané recently came across a noteworthy alcohol collection in a cellar in Lakeview Terrace, a suburb in the San Fernando Valley. The...