“It's actually almost craftsmanship,” said skateboarder Bryce Wettstein (center). “How do we all work together to make that craftsmanship into the most beautiful sandcastle everyone can see?” She poses with her teammates Brighton Zeuner and Jordyn Barratt, who are childhood skateboard friends as well as competitors. Photo by @joannebarratt_photo.

It’s weird to be an Olympian right now.

Some are returning champs. Others are new to Team USA. And some compete in a sport that’s brand new to the Olympic Games. But all the Southern California athletes in Tokyo right now are confronting historic challenges, thanks to the pandemic.

“Not having an audience is sort of like performing in front of your stuffed animals,” said Bryce Wettstein, a 17-year-old skateboarder for Team USA from Encinitas. “Maybe this is blissful, in a way. Maybe we were destined to have this moment on one of the biggest stages in the world.”

In the leadup to taking that stage, KCRW’s “Greater LA” spoke with more than 10 Olympians from Southern California about those challenges, their journey, and passion for their sports. Here are highlights from their interviews. 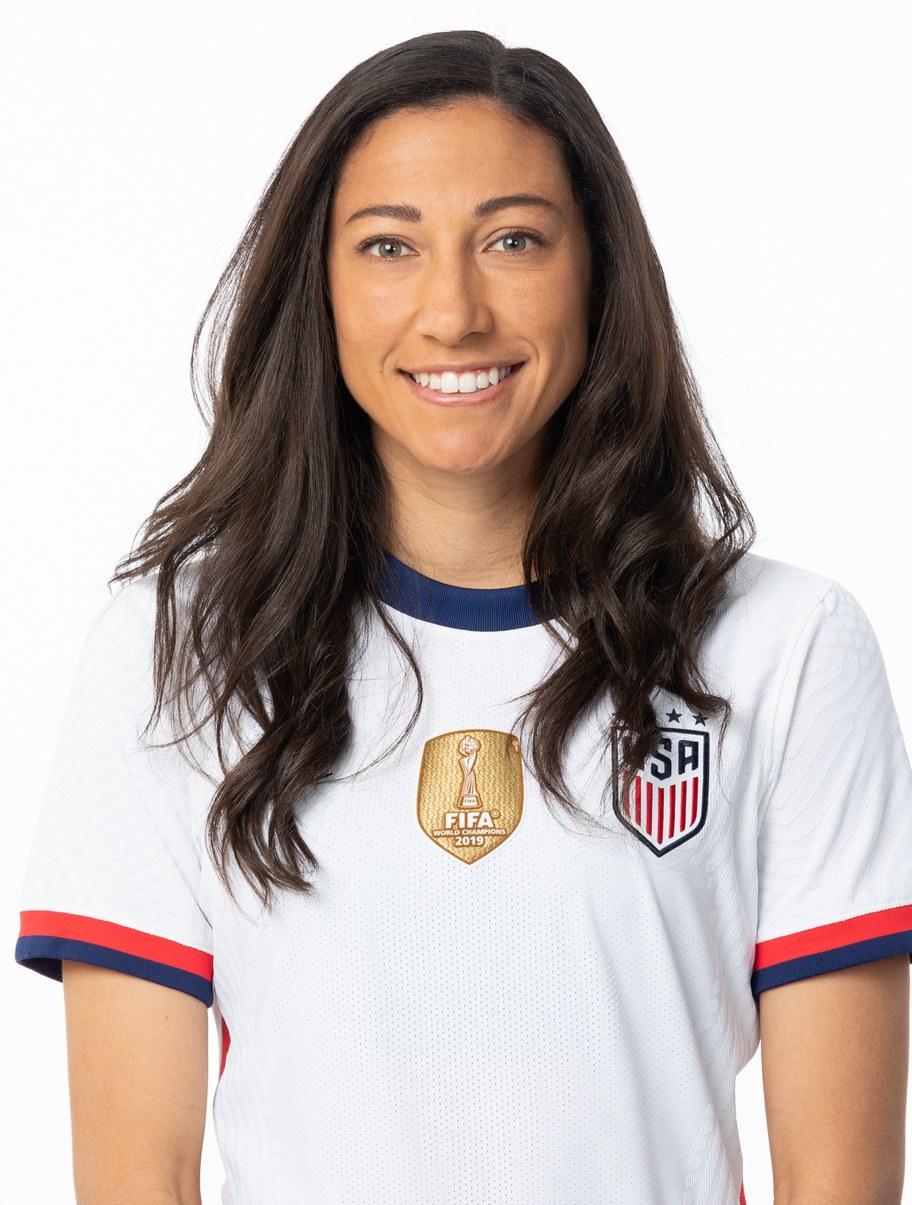 Christen Press grew up in Palos Verdes Estates and says soccer was a family affair. She played with both her sisters, and her mom and dad coached her youth teams “up until they realized I was actually pretty good.” Photo courtesy of U.S. Soccer.

Christen Press, forward on the U.S. womens’ national soccer team from Palos Verdes: “Los Angeles is a hotbed for soccer.”

“We've developed some of the best players coming up for years. So I think it was a huge blessing to be raised in that competitive cauldron, and in that competitive environment where we're all competing for college scholarships. … I think almost everyone from LA will say there's been quite a few players on this team that have come from that area.” 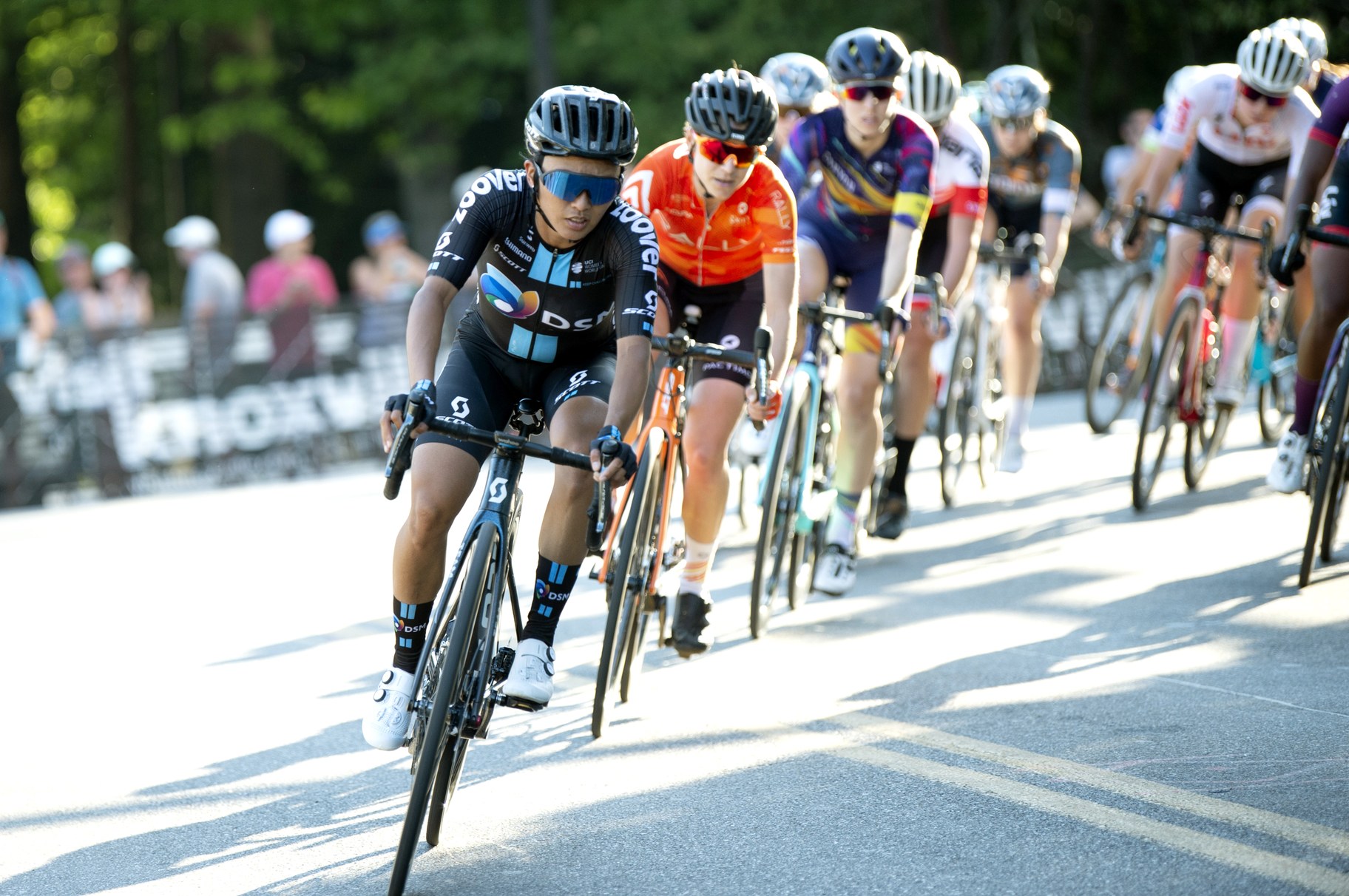 Coryn Rivera stays in front of the pack during the 2021 USA Cycling Professional Road Race National Championship. Photo by Casey B Gibson/USA Cycling.

“You see one person cross the line, and everyone knows who the winner is. But what most people don't know is that it takes a team and a few other riders to get that one person across the line first. So there is a team plan, and there is strategy. And normally, the person who wins you kind of don't see them until towards the end of the race, and they're really conserving energy, and your other teammates will kind of do some work for you basically, keeping you out of the wind, chasing down a breakaway, being in a breakaway, even as a strategy so that you don't ever have to chase … even getting water bottles for you. The name of the game is saving as much energy as you can until there's a certain point in the race where it kind of explodes. And that's where the leader will shine and use their strength to make a go for the win.” 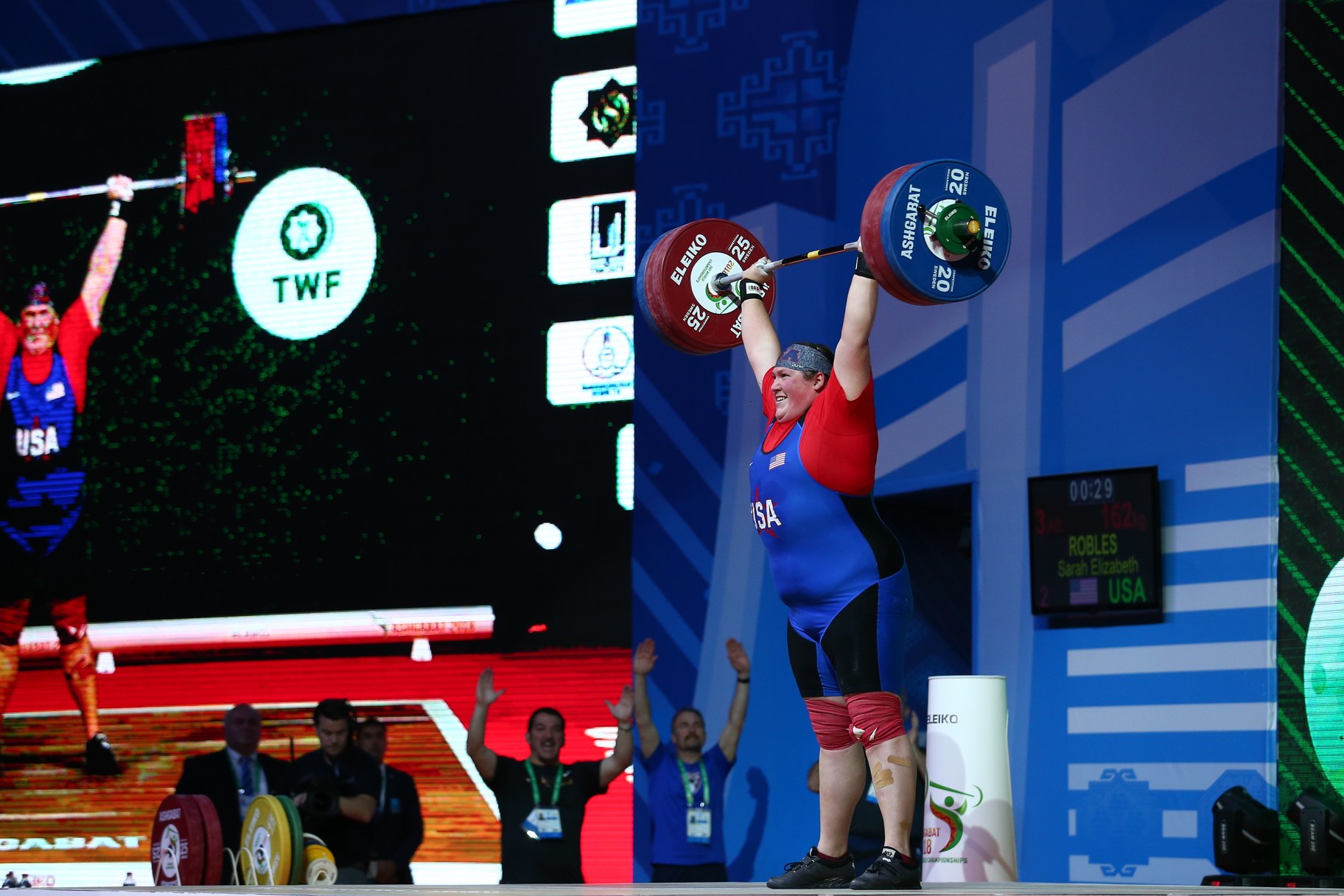 Sarah Robles, weightlifter from Desert Hot Springs: “If you actually give [women] a chance, we'll show you just how good we are.”

“The women have consistently outplaced and outperformed the men. And it's not any diss on the men, but it just goes to show how strong our women's team is right now and how well we're doing internationally. Like, I'm very proud to be a part of this team in this transition in history for women's weightlifting. It's just such an exciting time.” 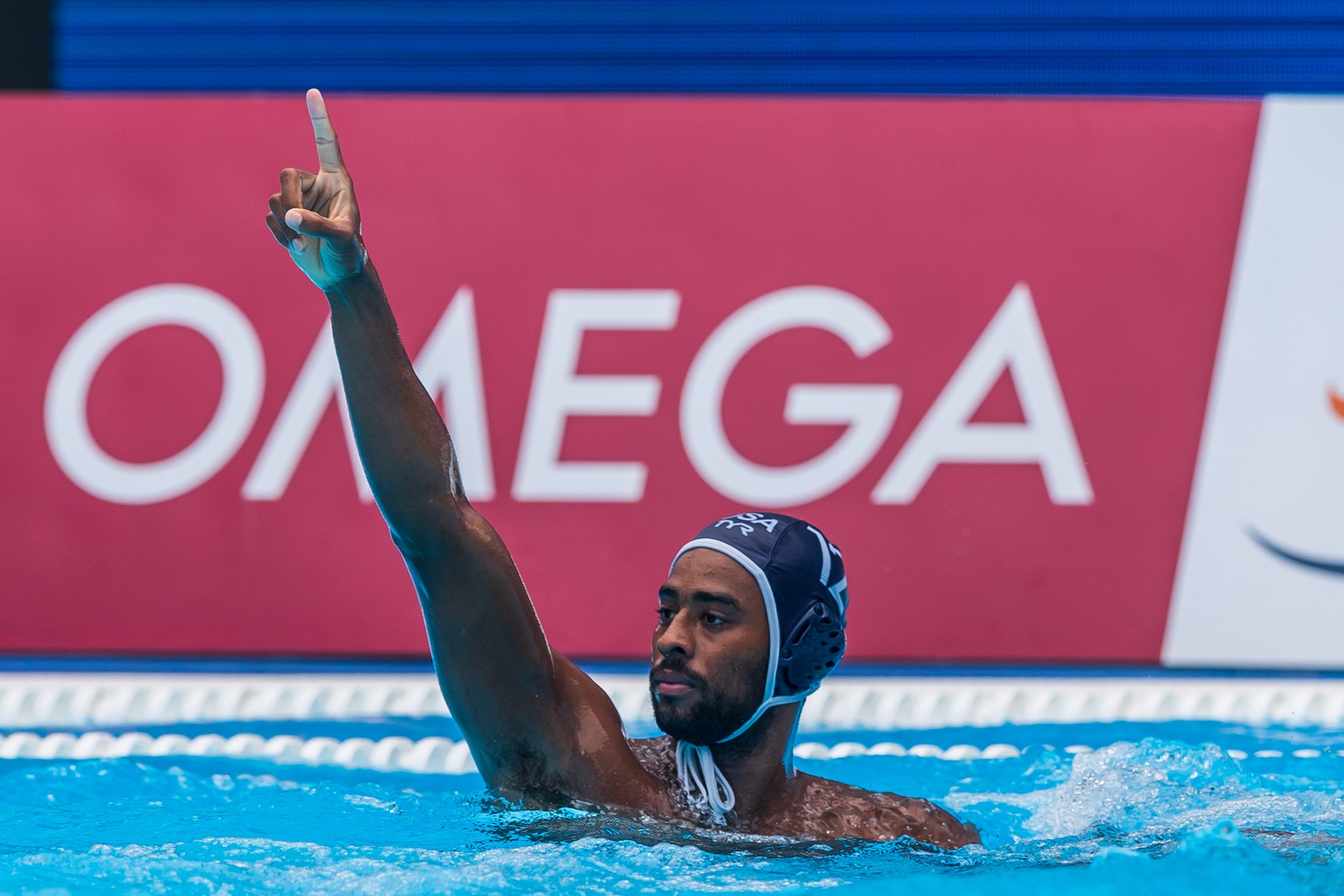 “I'm African American and I'm playing water polo, which is a predominantly white sport. But I've been very fortunate in my experiences with water polo. I started playing when I was 10 and under. ... And for the most part, all my teammates and all my coaches were very inviting and very accepting of me and who I am personally. Long Beach is a very diverse community, demographically and culturally. Having that diversity within the community, I mean, I think that really helped.” 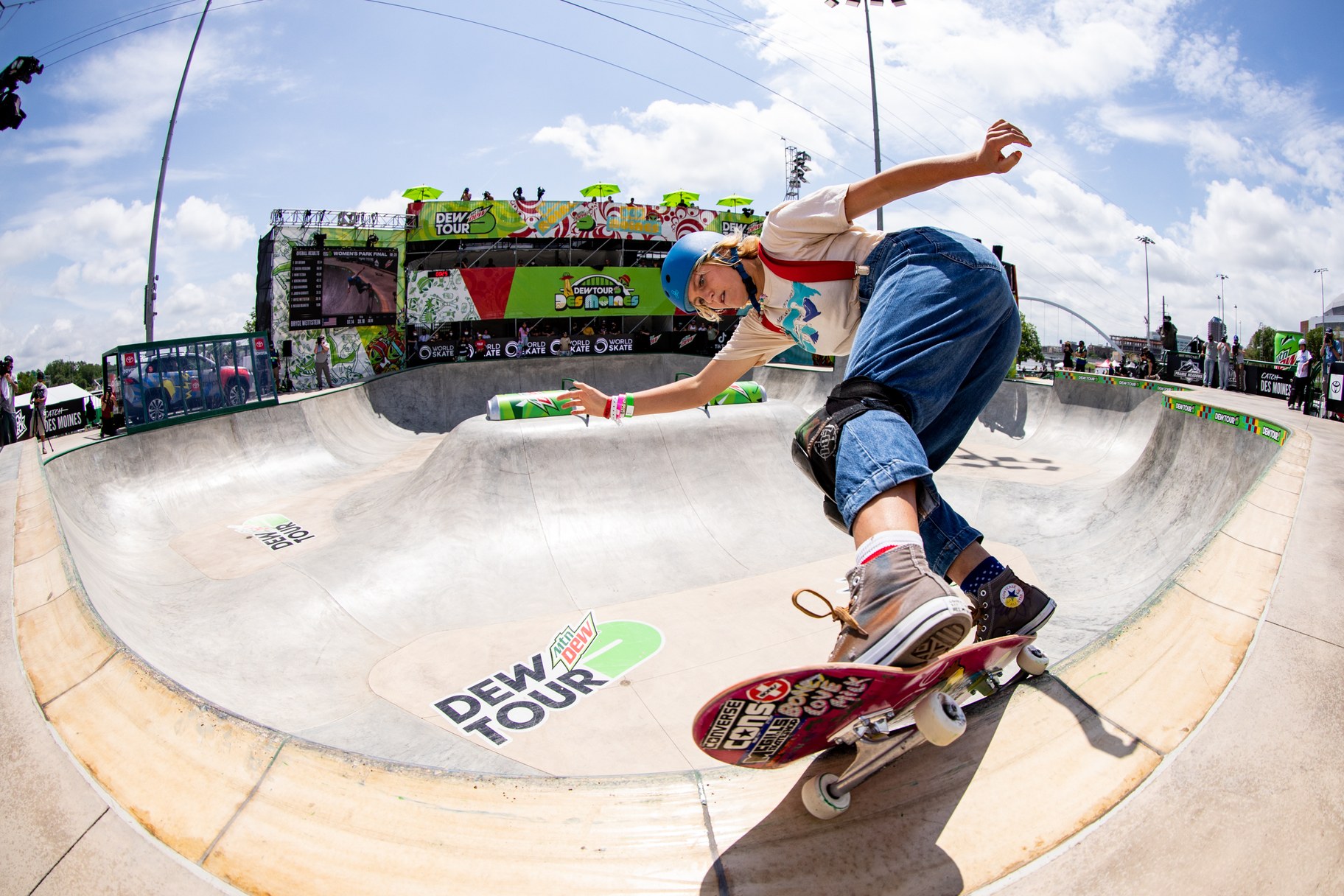 “A lot of times during this competition, you kind of will reject the rivalry notion… We're focusing more on celebrating each other on a voyage to what the Olympics can obtain for how we're unique to ourselves, which I think is really beautiful. … It's actually almost craftsmanship. How do we all work together to make that craftsmanship into the most beautiful sandcastle everyone can see?”

Not everyone KCRW spoke with made it to the Games. Basketball player Katie Lou Samuelson will not be able to participate after testing positive for coronavirus. But all the athletes representing SoCal in Tokyo are champions in their own right.