Several incidents involving anti-Asian violence have gone viral in the past few weeks, including a possible hate crime in Koreatown. There are fears that these occurrences reflect a rise in racism and violence against Asians and Asian Americans.

Activist and LA resident Esther Lim is trying to help by writing, publishing, and circulating booklets called “How to Report A Hate Crime.” They offer simple guidance on how to recognize and report hate crimes in your region.

Lim says it felt like older, non-English speaking people were the targets for these hate crimes when the pandemic began last year. That’s why she sought to make and distribute the booklets.

“Hate crimes are universal. And I think any person should be protected and know their rights. … You know it is human kindness that should resonate more than hatred,” she says. 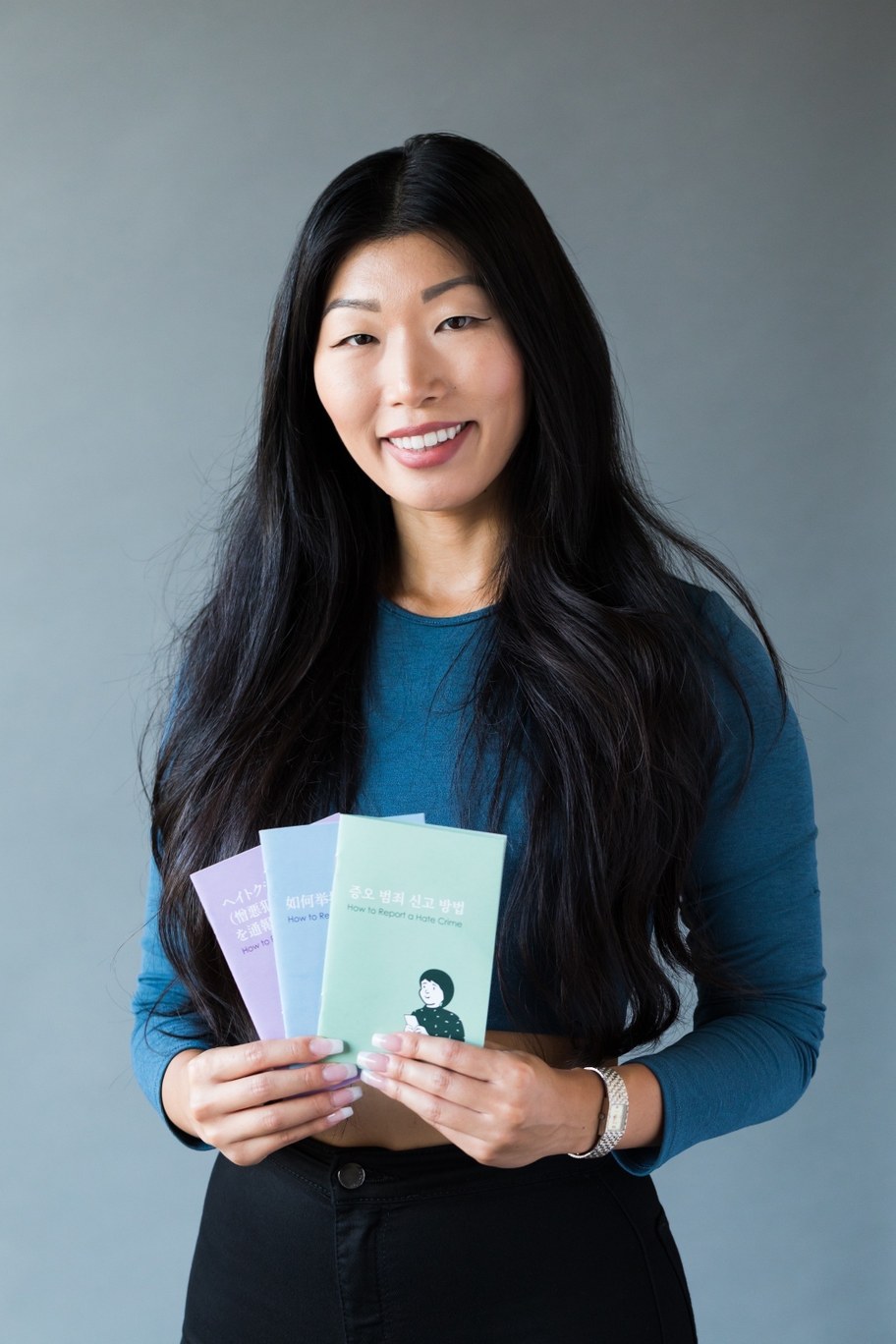 Activist Esther Lim designs and prints booklets for the elderly with simple guidance for how to recognize and report hate crimes. Here she is with her first version of the booklets in Chinese, Korean, and Japanese. Courtesy of Esther Lim.

People can go online and easily print one of the booklets. Lim says, “Hopefully this book will be printed as is and given to people’s local communities. This is an initiative that people can take so easily. Just print this out and … then give it to your parents or grandparents. And talk it through with them.”

Lim sees the guidance as a bridge between first generation and second or third generation family members. “This is supposed to bring the two generations together as well, which is why I had the English translation in the booklets.”

You can also pick up physical copies of the booklets at these locations: