Demonstrators react as they protest amid nationwide unrest over the death in Minneapolis police custody of George Floyd, in Long Beach California, U.S., May 31, 2020. Photo credit: Patrick T. Fallon/Reuters.

The Baptist Ministers Conference organized a peaceful demonstration in memory of George Floyd today at LA City Hall. One reverend leading the march is Welton Pleasant II, pastor of Christ Second Baptist Church. It’s one of the oldest African American churches in Long Beach. He says current civil unrest is the “apex of our anger,” stemming from incidents such as the killing of George Floyd.

Pastor Pleasant quotes Martin Luther King, Jr. as saying, “Rioting is the voice of the unheard.” He points out the second part of MLK Jr.’s quote: “What is America not hearing?”

The pastor says America is not listening and not aware of what is happening too often to African Americans at the hands of the police.

Pleasant says, “America has not learned its lesson, has not dealt with its original sin, which is the sin of racism.” 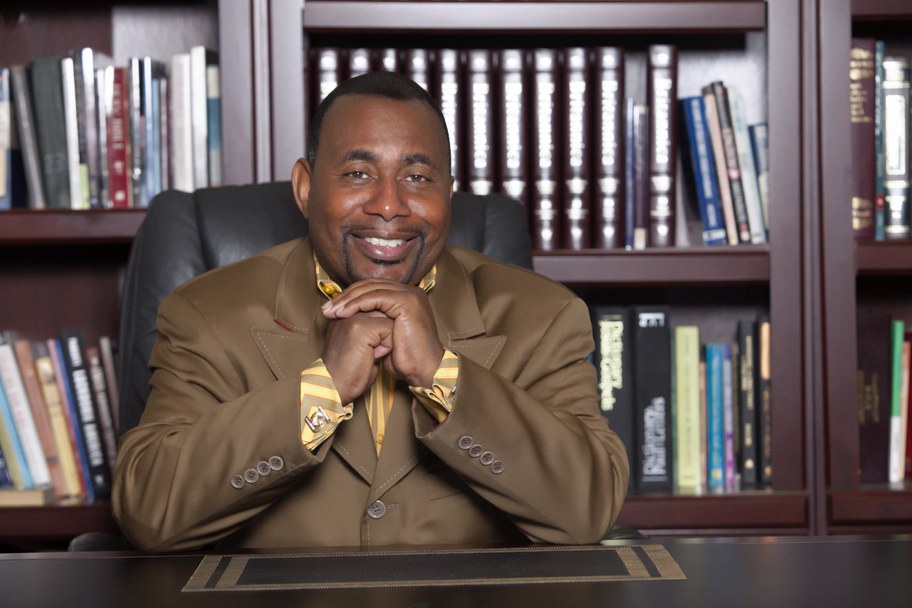 Pastors in Watts call for peace amid protests

Community leaders in the Watts area of South LA say that despite their anger over the police killing of George Floyd, they are worried that disruptive demonstrations may...

Skipp Townsend works to resolve conflicts with local gang members. He says the recent protests and looting are a way for African Americans to express deep feelings of pain...

Pastor Welton Pleasant II says, “America has not learned its lesson, has not dealt with its original sin, which is the sin of racism.”