Marleen Martinez Sundgaard is the daughter of migrant farm workers from Mexico. As a child, she and her family would come to Washington state to work in the fields for nine months.

“Starting at the age of 13, for the next three summers, I would get up at four o’clock in the morning,” said Sundgaard. “We had to be in the field by five o’clock, and we would just start working. We’d be working for the next nine or 10 hours.”

However, Sundgaard dreamed of being an astronaut. She won a Space-essay contest and got a week of Space Camp in Alabama. It changed her life.

“They put us into a gravity simulator that some of the astronauts trained in and I sat in one of what they call the 6 DF chairs, the six degrees of freedom chair, and it would hover off the floor just a little bit and I was floating. That was just so much fun,” she said.” 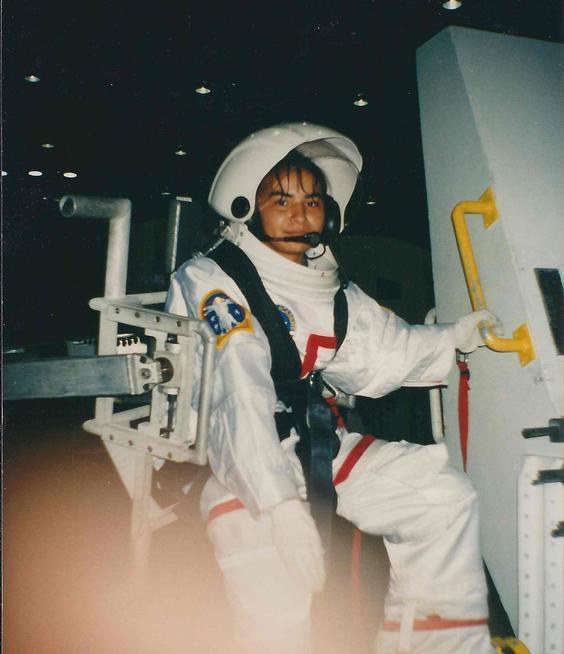 From hovering in an astronaut suit in space camp, Sundgaard went straight back to picking beans.

She knew she needed good grades in school and got those. Then she got internships in space research. Then a full scholarship to study aerospace engineering at the University of Washington.

Now, she works on the Mars InSight lander at JPL. Every move the InSight lander makes on Mars is first tested at JPL, in a building that from the outside looks like a warehouse. She’s not surrounded by the vastness of space, but by measuring instruments, caution tape, cameras and lights. 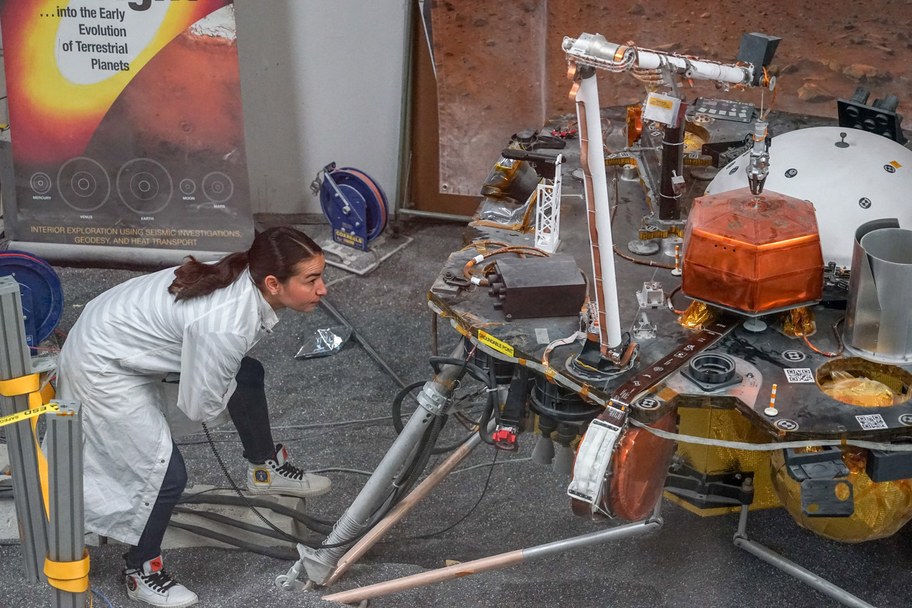 Sundgaard simulates the Mars surface by moving the rover along grey gravel in a sandbox. Photo courtesy of NASA/JPL-Caltech/IPGP

Sundgaard understands that she now is a role model for girls and young women. It motivates her to inspire them, especially daughters of immigrants.

“When I started college, I was behind everybody else,” she said. “I had to play catch up just to get the grades I needed to land a good job and get really good internships. That’s the battle that students from Hispanic communities are trying to fight right now. Just have people in their lives to convince them that they can get a degree in engineering, a degree in medical science or degree in physics. Just give them the confidence to say: Go for it. You can do it. You just need to apply yourself and study hard and you can be anything you want. I think that’s what a lot of people are missing.”

Sundgaard hasn’t given up her dream of going to Mars. She’s applied for the Nasa astronaut program three times. The rejection letters are framed in her house. They are reminders of where she still wants to go.

In New York state, Democrats approved a deal to strengthen rent laws and tenant protections. Meanwhile, the California legislature has yet to make housing and rent control...

Is a flurry of small earthquakes a warning sign?

Hundreds of small earthquakes have hit the Inland Empire in the past two weeks, and seismologists are trying to figure out what that so-called earthquake swarm could tell us.