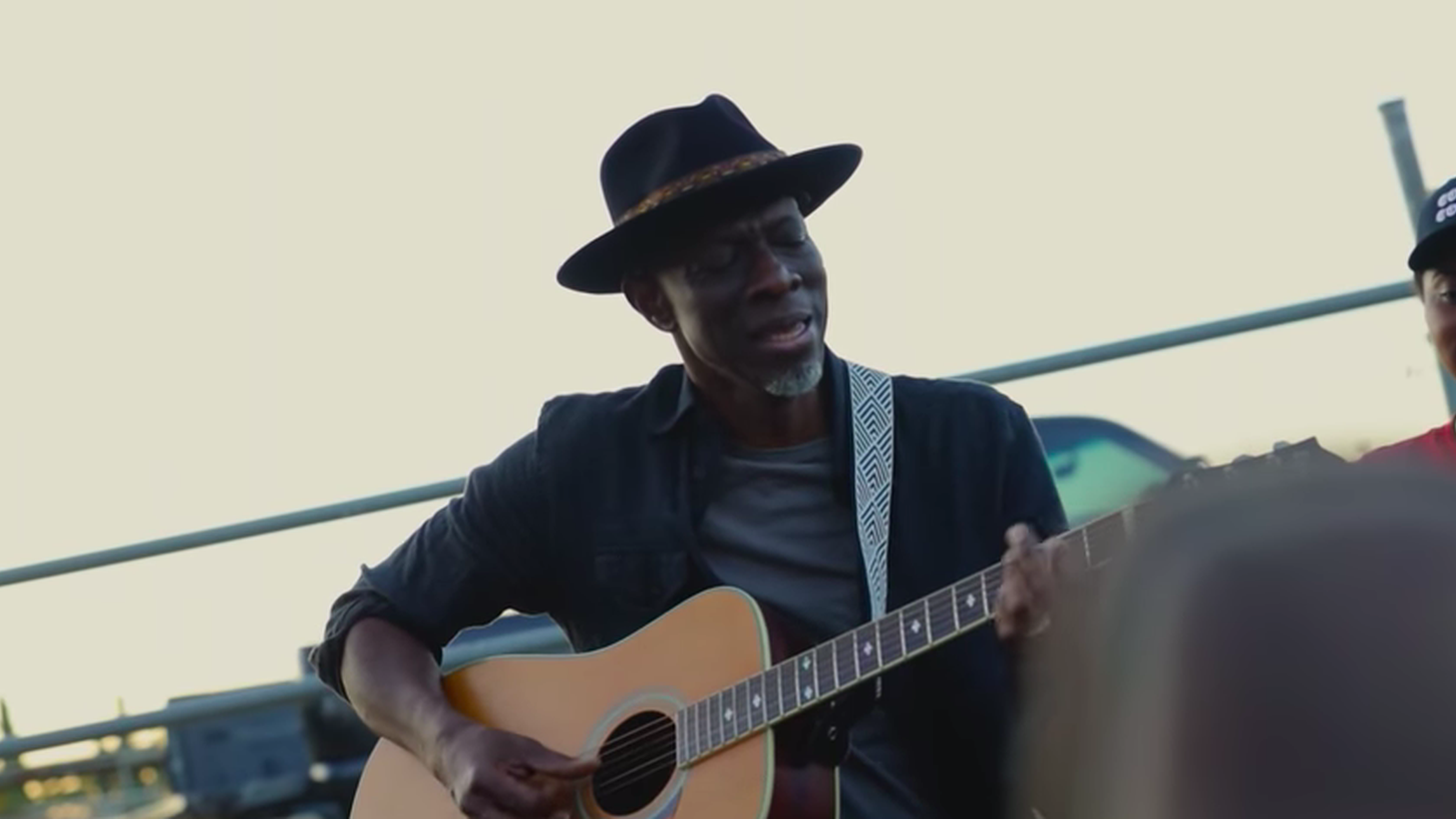 You’ve likely heard the singing and blues guitar playing from Compton native Kevin Roosevelt Moore, even if you don’t recognize his name.

Known as Keb’ Mo,’ he released his self-titled album nearly 30 years ago, and since then, he’s won five Grammys, topped the Billboard blues charts, played at the White House, and had an acting career.

His latest album is called “Good to Be.” And on Wednesday night, he’s going to perform at the Hollywood Bowl with Sheryl Crow.

While Compton might not be the the first place that comes to mind when most people think of Delta blues, Moore found his earliest influence growing up listening to the works of Robert Johnson, Big Bill Broonzy and Blind Willie McTell.

He later moved to Nashville, Tennessee, where he found a musical community.

“You have to understand that every town is a music town,” Moore tells KCRW. “Every town has got a guitar or a music store, it's got music school, and people that can play their asses off. So you pick your place and you go and you find your people. And that's what happened to me in Nashville.”

Over the years, Moore has broadened his musical palette, raking in Grammys for both Best Blues Album and Best Americana Album. But he says he doesn’t concern himself too much with genre — he leaves that up to his fans and critics.

“I don't really consider what kind of artist I am,” he says. “I haven't really grown that much — all I've done is peel back layers of things that I've been working on for years.”

While Moore still lives in Nashville, he has traveled the world appearing alongside musical greats from Bonnie Raitt to Metallica. But he still has a soft spot for his hometown of Compton.

“Good To Be (Home Again),” the track that inspired the title of his latest album, was written after a trip he took back to Compton to buy the rental property his mother had lived in for 25 years. He and his wife worked together to remodel it into a family home.

“Back on the block, back in the hood,” sings Moore. “Who would’ve known it would feel so good? Everybody I know done gone away, but the neighborhood is still the same.”

Keb’ Mo’ will be playing alongside Sheryl Crow this Wednesday, August 3 at the Hollywood Bowl.

Psychedelics are catching on in a big way. A hidden ayahuasca retreat builds connections and exposes dangerous vulnerabilities.

Compton native Keb’ Mo’ says “it’s good to be home.” The blues musician is performing at the Hollywood Bowl on Wednesday.