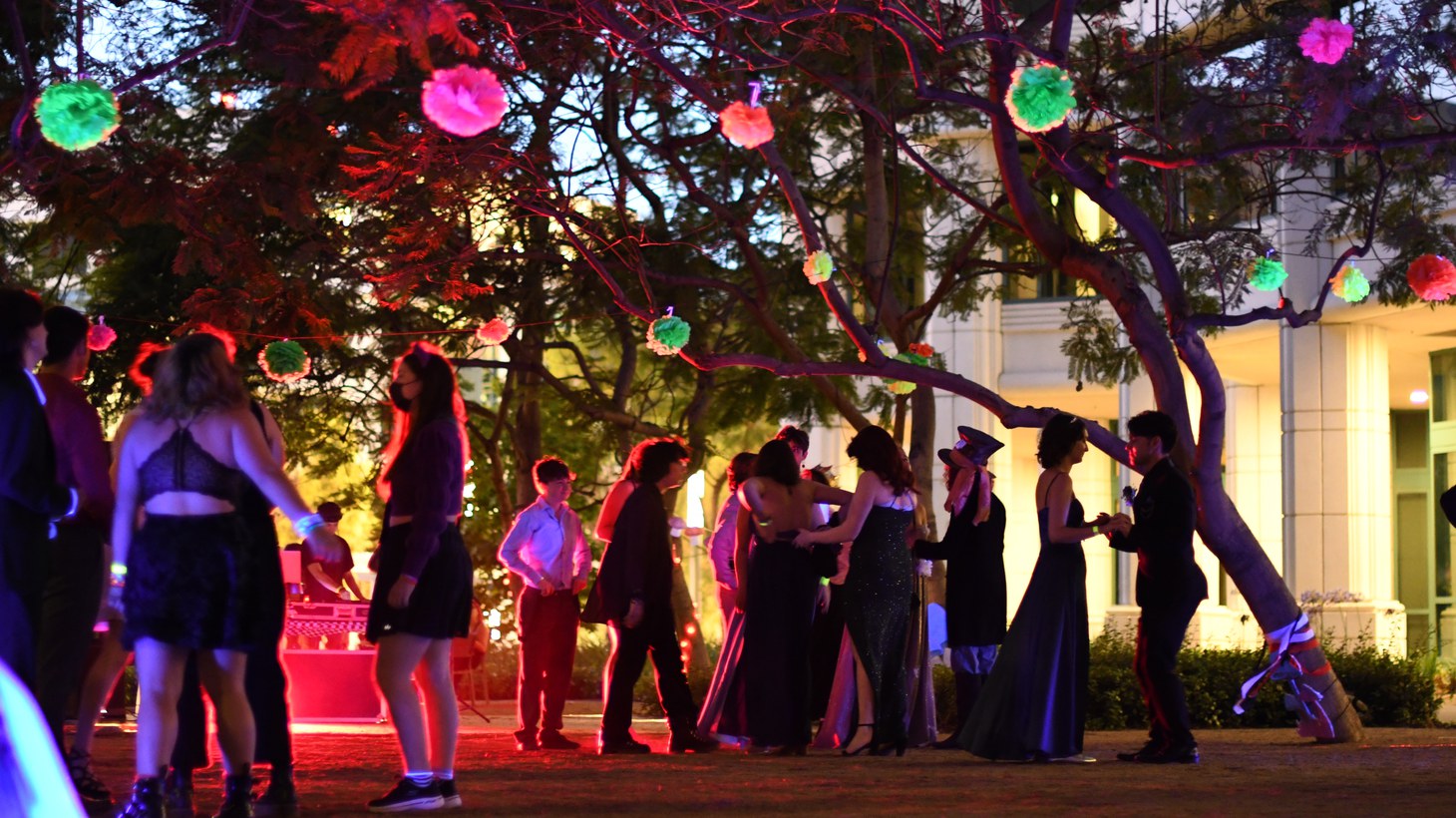 “It is a moment where you can let go of that caution. You don't have to have that fear … Nobody is going to dehumanize you for your identity,” says 14-year-old Bo Ryan about the Queer Prom sponsored by Santa Monica High School’s Gender and Sexuality Alliance. Photo by Carmen Obscura.

Teens in suits, teal dresses, and even jean jackets run around, dance, and crown royalty. The music of Lady Gaga, Lorde, Harry Styles bump and echo into the early summer night. It looks and feels just like any other prom, except for the pride flags of all sorts, including the lesbian, asexual, and trans flags

Bo Ryan and their pal Morgan Lind traveled out from the San Gabriel Valley to Santa Monica for the night’s festivities.

Ryan says the dances have become a safe space where they can show up and truly be themselves without fear. 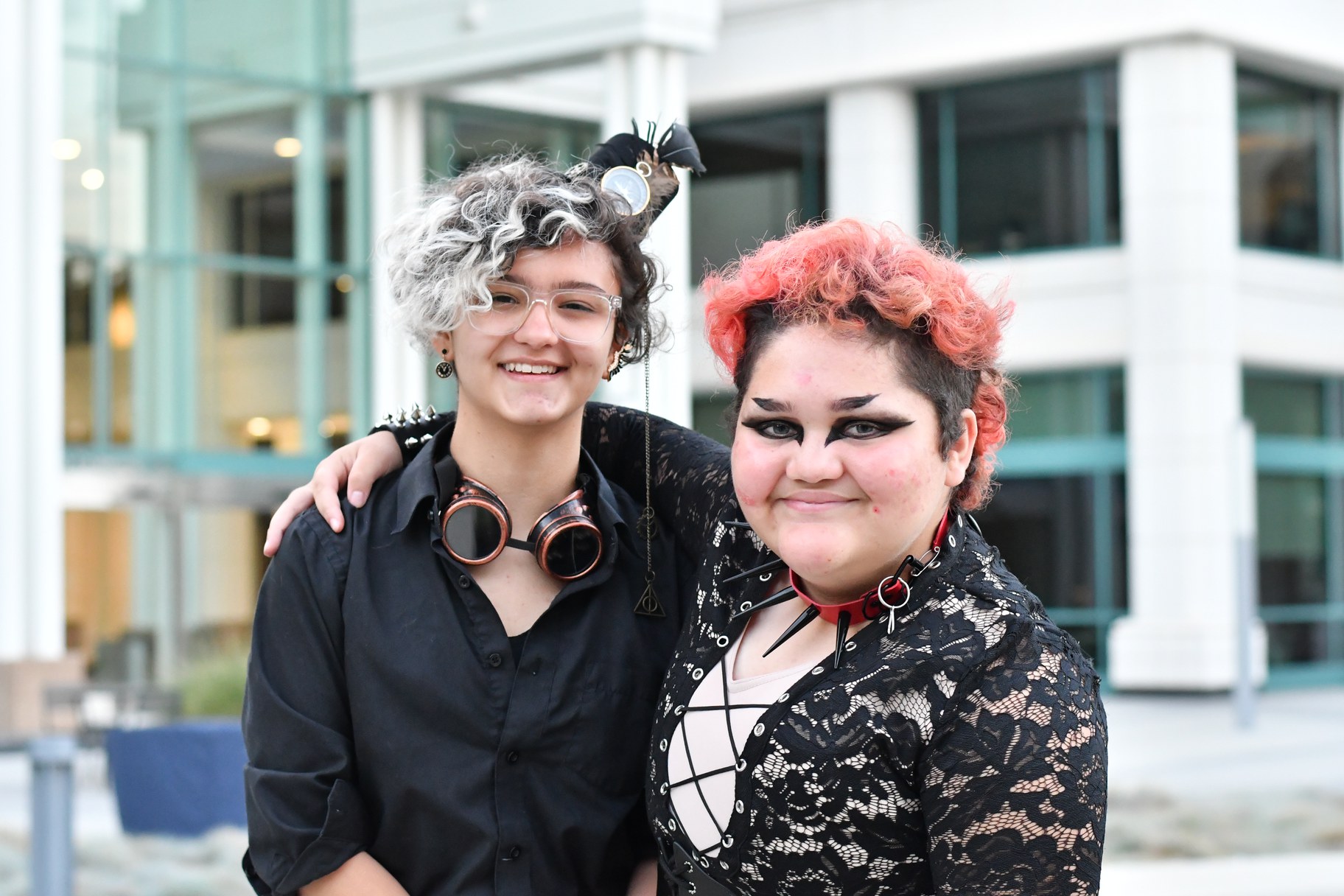 “When you're in public, you're cautious going to the bathroom. Even when I'm in safe spaces, going into the men's restroom — it's always like you keep your guard up,” Ryan explains. “These types of events are good because it is a moment where you can let go of that caution. You don't have to have that fear that you keep with you. That can just go away for a little bit. Nobody is going to dehumanize you for your identity.” 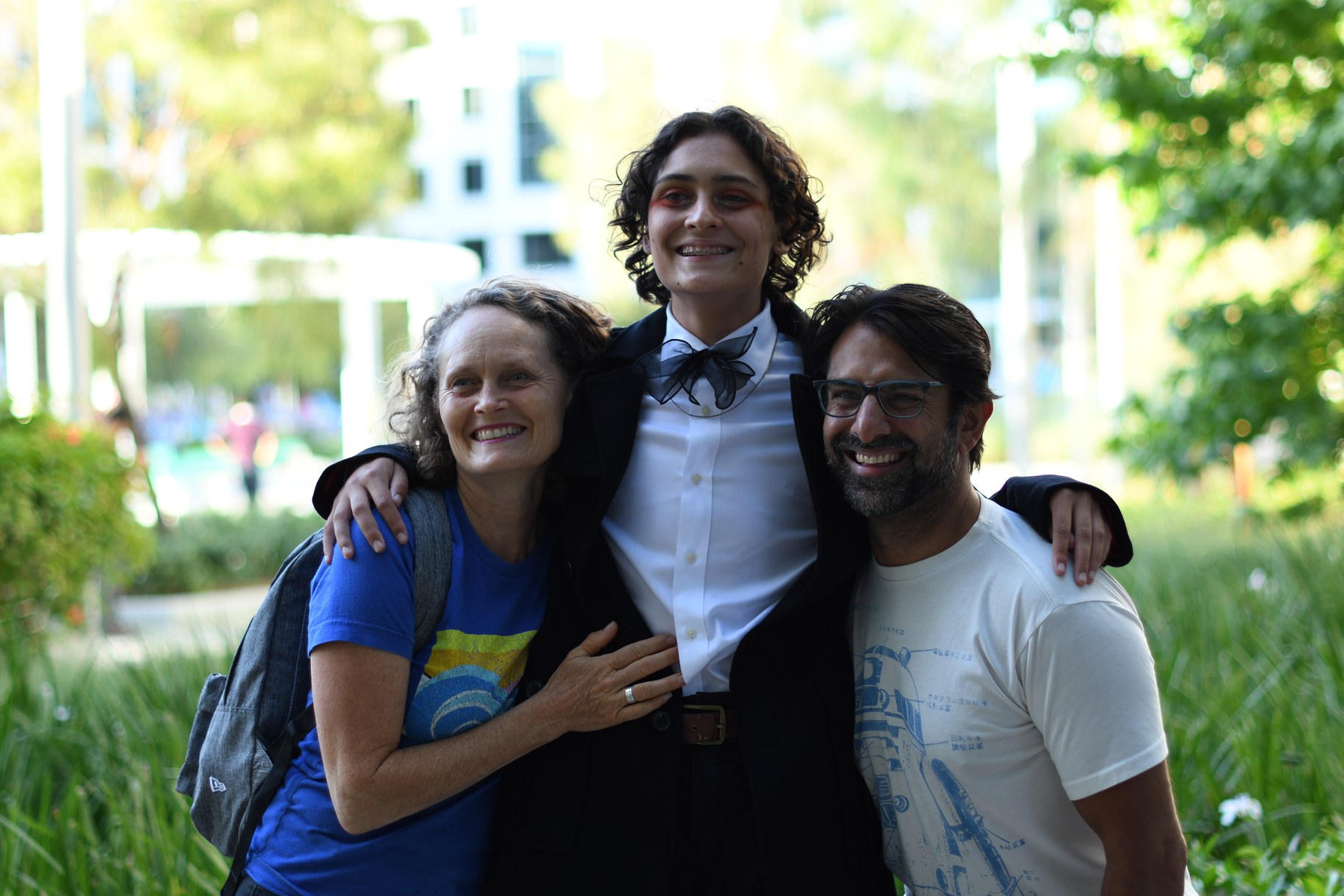 Leo Patel (C) poses with his parents at the 2022 queer prom, organized by the Santa Monica High GSA. Photo by Carmen Obscura.

That’s why Patel says spaces like queer prom are still important. He admits there might be a lot more aceptance in the world for the LGBTQ community, but there is still a long way to go.

“A lot of people nowadays are like, ‘Well, why can't they just go to the normal prom? It's California. It's not a big deal.’ And I feel like at my prom, at my school, especially if you are homophobic, you'd be the one being bullied, which is great. But I feel there's also this environment where it's like, people aren't judging you for being gay. They're judging you for being different.”