Lisa Brown led a discussion on Black liberation outside the wake of Robert Fuller, 24, who was found hanging from a tree in Palmdale. Photo by Jerome Campbell.

Sheriff’s deputies initially said Fuller died by suicide. Community members suspect he may have been killed. Now there is an ongoing investigation.

“Historically, a Black man hanging from a rope has always been a way of spanking the Black community. Backlash for us. The hope part is we are standing and taking space for his life,” said resident Lisa Brown.

Brown said the hanging had a chilling effect on the community, and that she had to attend the wake to show she wasn’t afraid. 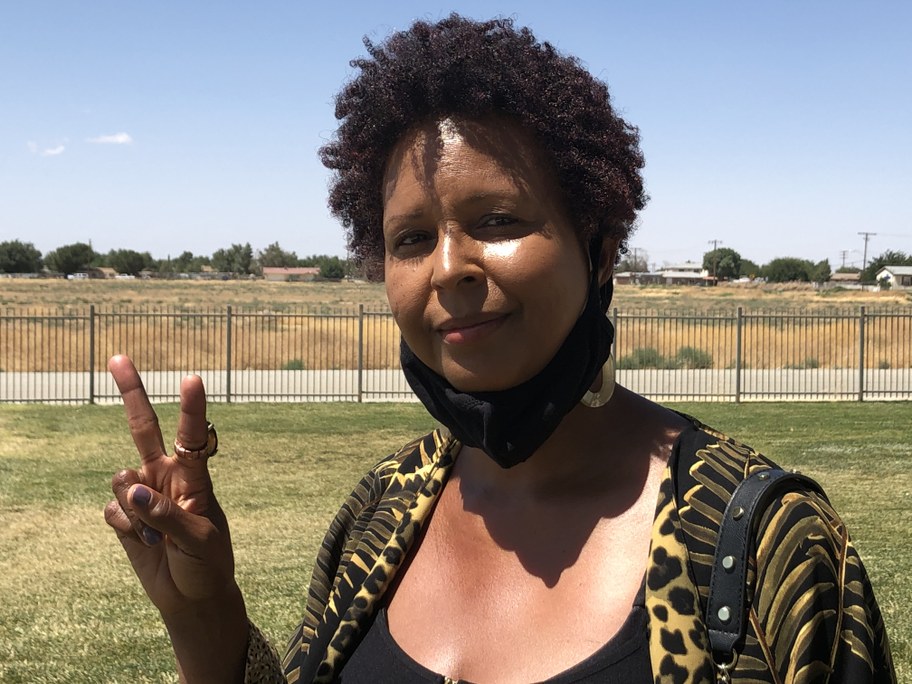 Lisa Brown said she has battled racism during the entire 21 years she spent living in Palmdale. Photo by Jerome Campbell.

Santa Clarita resident Gloria Locke also attended the wake. “I was pretty much just angered that this was happening near me. Are you kidding me? We’re not down in the South. This is near me. No. It’s just no,” she said.

Inside the church, people stood for a few moments by the casket where Fuller laid. Some quietly sobbed to themselves.

Once they left the church, many sat for up to half an hour in their cars.

A small group of mourners gathered outside the church. For four hours, they shared their feelings and brainstormed solutions to police violence. The central theme was unity.

“Now is not the time for us to say, ‘Hey, the elders don’t get it.’ No no no. …  Let the old and young go in together, no separation. Unity. Black love. All on one accord,” Lisa Brown said to the small gathering of people. 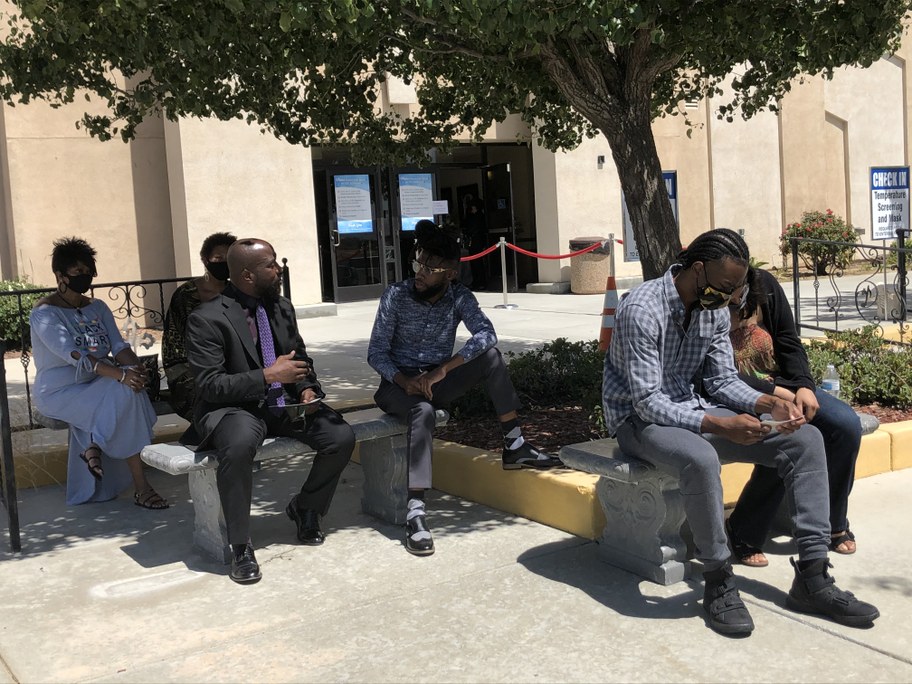 Residents and community members gathered outside The Living Stone Cathedral of Worship after paying respects for Robert Fuller. Photo by Jerome Campbell.

Bishop Henry Hearns said he hoped to convey a tone of unity when speaking at Fuller’s funeral the following day.

organized during the civil rights movement. Now at age 87, Hearn said this was a moment for the younger generation to take the lead, and that he wanted to support them however possible.

His advice for younger people: “Grab this ball and run, son. Don’t look back. Run. And run as fast as you can and as long as you can. And hand it off again.” 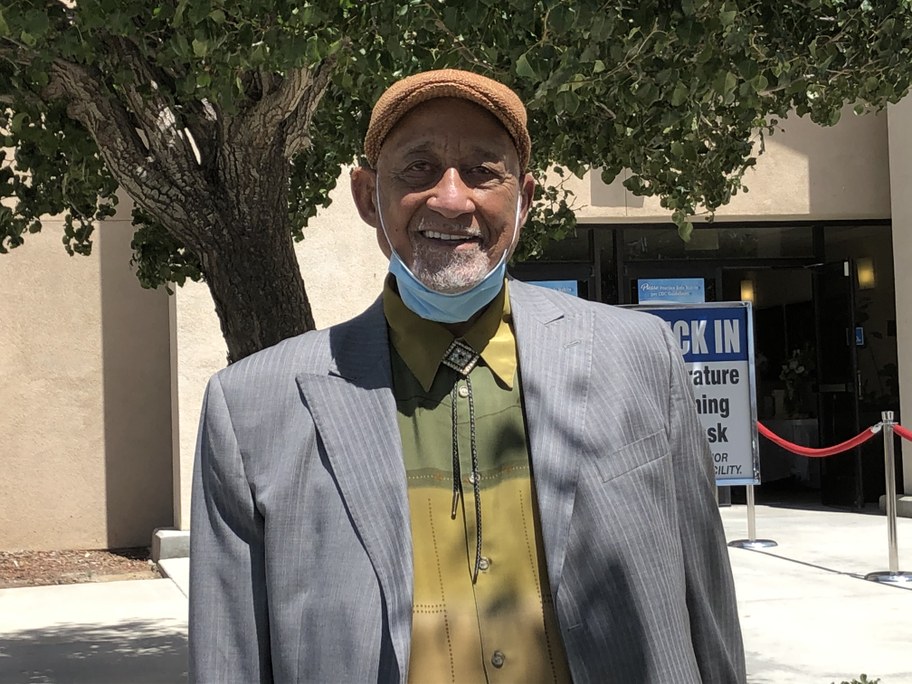 Bishop Henry Hearns, who leads The Living Stone Cathedral of Worship, said he prepared his remarks for Robert Fuller’s funeral using his experience as an organizer during the civil rights era. Photo by Jerome Campbell.