SoFi Stadium, the new Inglewood home of the LA Rams and Chargers, virtually opened its doors today. The stadium is part of a colossal development, financed by Rams owner Stan Kroenke, that includes a performance space, shops, offices, housing, and a public lake. 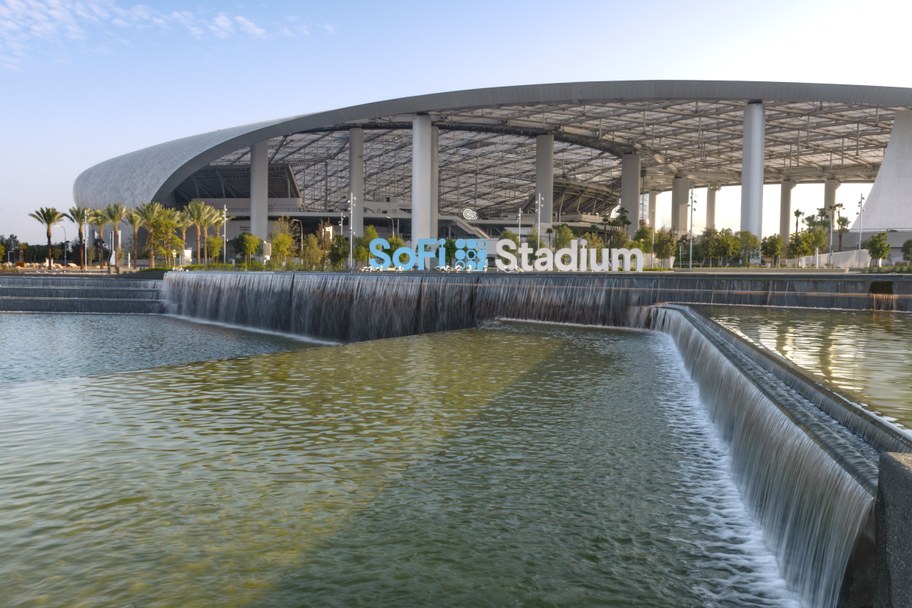 The Rams will host the Dallas Cowboys for a first game Sunday in a new bowl. Due to the pandemic, however, there will be no spectators. But viewers will get an impression of the stadium on their TVs. 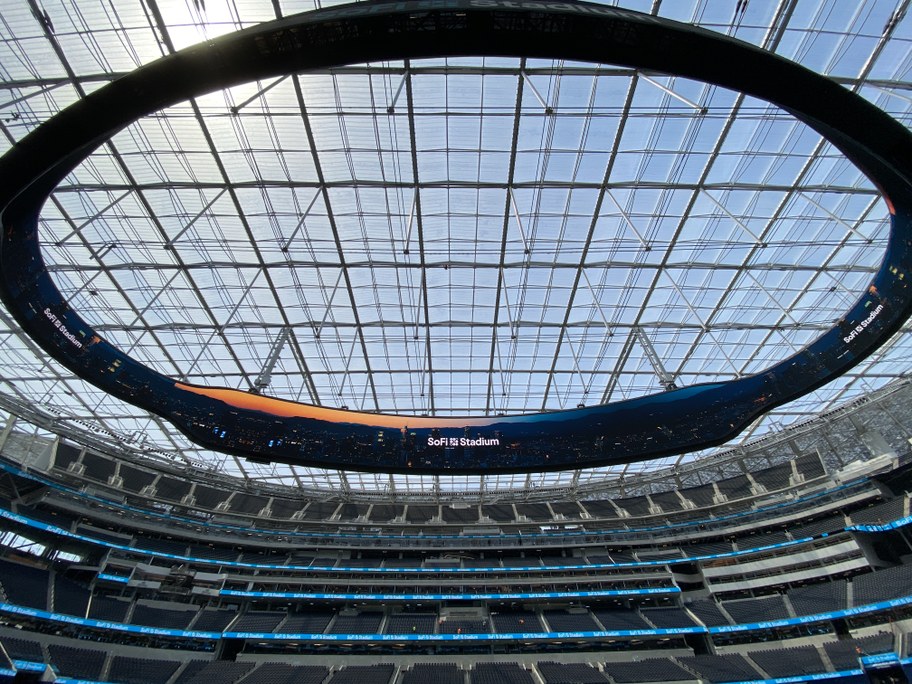 The SoFi Stadium features a video board that will offer replays, live action, alternate events, and fantasy stats during the game. Photo courtesy of SoFi Stadium / Vantage Point Global, Inc.

The stadium sits under the flight path for LAX, and it was buried 100 feet into the ground to meet FAA regulations. But Rams COO Kevin Demmoff says, “The building had to be one of those great architectural buildings in Southern California.”

To that end, it was designed — by HKS Architects with masterplanning and landscape by Studio MLA — to be open, light, and porous. It features a wave-like translucent roof and lush plazas and clubs.

Membership in some of those clubs is not cheap. Critics argue that the stadium is bringing few benefits and much displacement to Inglewood. Its owners and supporters, however, point out the many upsides: It’ll bring jobs for locals and investment in Inglewood schools, and along with the public lake and other community areas, SoFi will be a destination with appeal that goes beyond 20 football games a year. 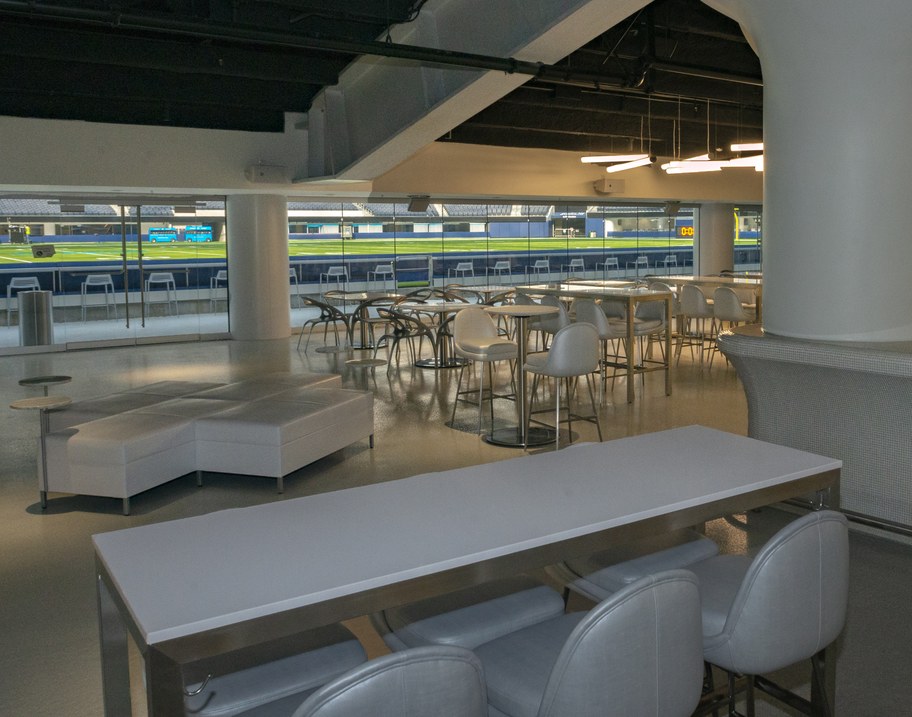 The SoFi Stadium’s Social Club is one of many suites and clubs for  hanging out during the game. Photo courtesy of SoFi Stadium / Vantage Point Global, Inc. 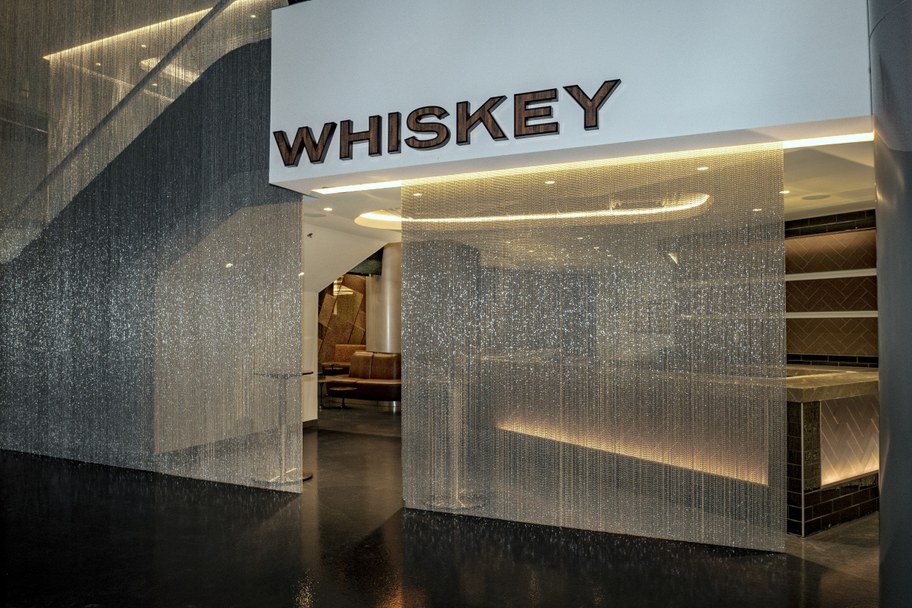