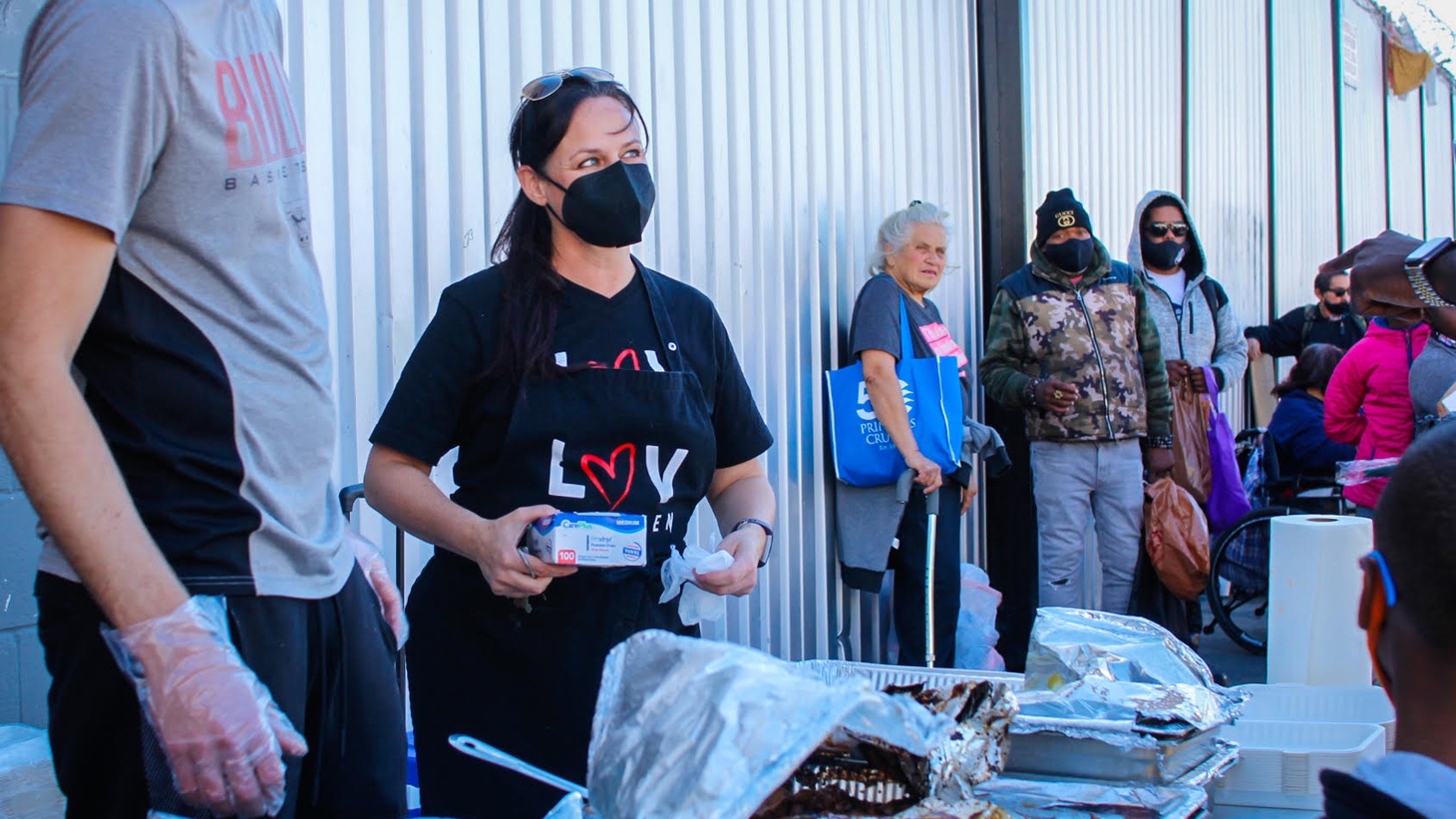 Cari Golden graduated from the culinary arts program at the Los Angeles Trade Technical College in 2020, and afterward, she decided to buy ingredients to cook meals for people experiencing homelessness along Skid Row.

She’s now still feeding people there through her organization called LOV Kitchen, which partners with other nonprofits to rescue food and uses $100 a week to make and serve meals.

“There are a lot of like-minded people out there who had exactly the same feeling during COVID: just feeling idle and wanting to do something to make things better and realizing that we actually all individually have the power to do that,” she says. “We don't have to wait for somebody else to do that.” 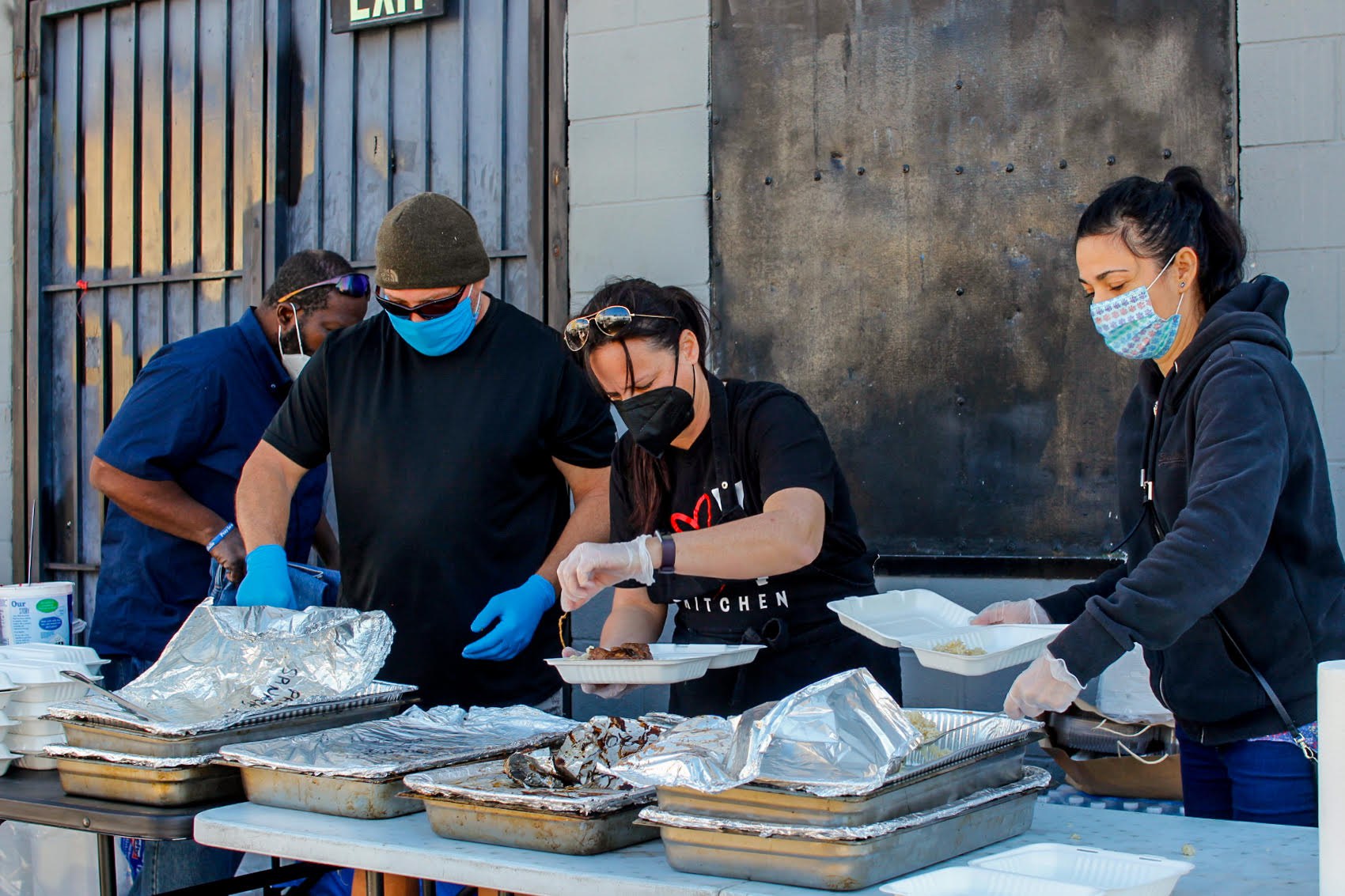 Much of Golden’s day is spent sourcing food with Nourish LA, Food Forward and Copia. She also uses the app Careit to connect people who have food with those who need it.

Her community service is a juggling act with her daytime job. Golden is not only a chef — she makes electronic music and does vocal coaching, including at La Cañada High School.

When Golden’s program started, her friend picked up the food and distributed it downtown. But as she made more meals, she decided to take the food there herself. She was afraid at first because she heard so many cautionary stories about the area.

“Even though there are some heartbreaking things and some disturbing things about being down there, they're just regular people, and a lot of them have jobs and still are not able to be housed for whatever reason,” she says.

Amid the pandemic, Golden takes proper safety measures to continue serving. “Everybody's trying to care for each other,” she says. “So everybody's taking as many precautions as we possibly can to make sure that nobody gets sick.”