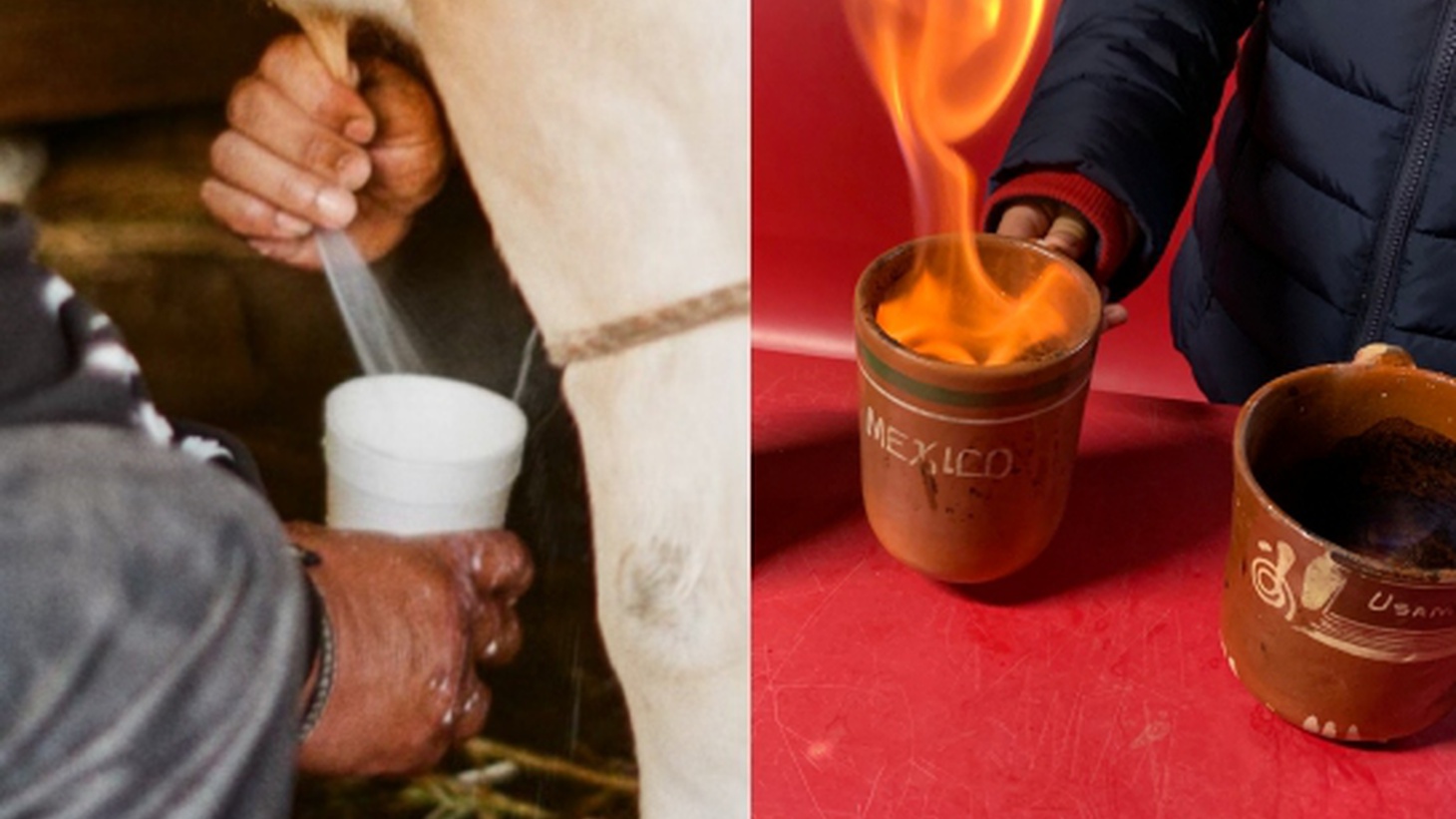 Pajaretes are made with milk straight from the udder, and in an added bit of flare, are sometimes lit on fire. Photos by Erwin Recinos and Bill Esparza.

In Mexican communities across Southern California, workers looking for a taste of home gather for early morning milk-drinking parties known as pajaretes.

Inspired by the traditional practices of Mexican ranchers, attendees blend chocolate, coffee, high-proof alcohol, and milk straight from the udders of goats or cows into a brew also called a pajarete. The potent beverage is said to induce a mild high and apparently helps kick-start the day.

“In Mexico, it's very simple. It's just a few dudes sitting around in the morning. … But it's really a different tradition here. … A party crowd comes in, cowgirls and cowboys in their 20s and 30s … you have live music … plus they're drinking beer, which is something you don't find in Mexico.”

Compared to the Mexican version, Californian pajaretes are ongoing affairs. They start at 5 a.m. and can last well through the afternoon, by which point the milk is gone but the beers continue to flow.

“Back in Mexico … people go off to work, they're not getting drunk. … But over here, people are hanging out and making a day of it.”

Party-goers aren’t just getting drunk though. According to Esparza, pajaretes are “a liquid meal that's full of all these various kinds of stimulants that are basically having a battle in your stomach, and you get this sort of little high that lasts for about two, three hours.”

This effect is how pajaretes got their name. Pajaro is Spanish for “bird,” and Esparza promises, “This drink helps you take flight.”

Despite the feel-good atmosphere, there is potential risk. Beyond the challenges early morning revelry might present for going to work, pajaretes have caused multiple deaths in Mexico. According to Esparza, this was the result of using cheap alcohol cut with methanol.

“Basically, they died of methanol poisoning … so don't [drink] out of an unlabeled bottle. … Just bring your own tequila.”

So where can you find a local pajarete? According to Esparza you have to know someone to get invited. “This is definitely a Mexican community thing, and you can't just walk in. … If you're gonna go the first time, usually somebody walks you in and … vouches for you.”

A Los Angeles journalist with brain trauma turned to specialists who recommended ketamine treatment. It’s known as the party drug “special K,” but it gives her relief.

A pajarete is a party and Mexican drink made of chocolate, coffee, high-proof alcohol, and raw milk from goats and cows. The beverage is said to induce a mild high and...