Los Angeles is multicultural, multifaceted, stacked and sprawling at the same time. And each person who lives here has a unique connection to this place.

Raquel Gutiérrez wrote about how LA shaped their own identity in a recent personal essay for Places Journal. The prompt was: How do Latinos impact the built environment of Los Angeles?

KCRW asked them to read the first section of their piece:

I lived in Silver Lake in the late 1990s, and occasionally walked the few blocks to Sunset and caught the 704 bus to Santa Monica to get to work. It was reprieve from the spiritual void of bumper-to-bumper.

The 704 took me to a cubicle where I logged inventory at my first and only job of the first dot-com boom. This was in 1999, just before Lars Ulrich of Metallica took Napster to court (in a case that would force the music-file-sharing company into bankruptcy), and I was the e-commerce manager for an online record label located at the corner of Pico and Cloverfield. I got the job through friends I’d made seeing live music in the heyday of an art-punk adolescence. We grew up in DIY spaces and helped each other find work in the music industry, in Burbank and Hollywood. The promo CDs, limited-edition vinyl, and free concert tickets made it seem like I had struck gold.

I didn’t need a college degree for that job. So why was I still nervous about maybe never getting one? Adulthood snuck up on me. I hadn’t made it into the elite colleges that my private Catholic high school peers had prepared their whole lives for. I spent junior year grieving my best friend’s death in a car accident and hit my snare drum more than I did the books. Playing music was my solace, and college felt as vague as any other recognizable purpose for my life. I relied on sensory pleasure to direct me into the workforce. 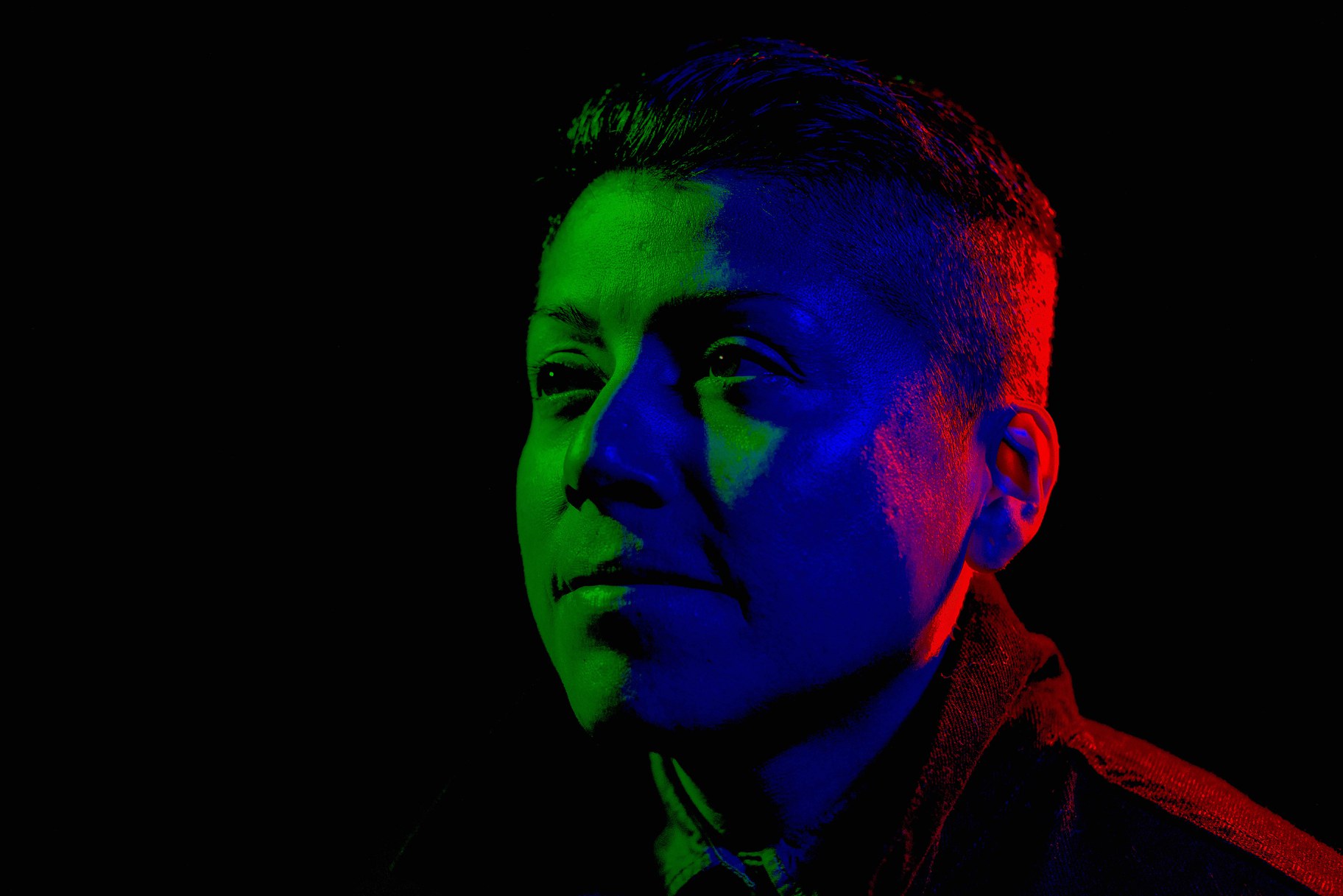 Born and raised in Los Angeles, Raquel Gutiérrez credits the DIY queer and feminist post-punk zine culture of the 1990s, plus LA County and Getty paid arts internships, with introducing them to vibrant art scenes and communities throughout Southern California. Photo courtesy of Gutiérrez.

Maybe that same sensory instinct, and an inkling that such feelings were linked to class, identity, difference, and belonging, shaped my rides along the 704 route. I wasn’t the only bus commuter in the office, where my colleagues were transplants from the East Coast and Midwest, still struggling to crack Greater LA’s transportation codes, still aghast at the ways Angeleños navigate distance. (They eventually put down payments on the first wave of Priuses.)

As an LA native, I rode the bus to read Roque Dalton’s poetry, and to attempt my own imitations. And as I crossed the zip codes, and views transformed from murals depicting the Mesoamerican ancestors of many of my neighbors to the architecturally promiscuous porticos of Beverly Hills, I chatted with middle-aged mothers on their way to manage other peoples’ homes and children — a jolt of familiarity, since my mother had done this too, as a young woman, just a few years before I was born.

I remember someone a few years older than me who asked if my husband let me work. I wish I could credit the woman who explained what huitlacoche is — the edible corn fungus some liken to a truffle. But most of the conversations ended with both parties awkwardly aware of a divide. I was born in Los Angeles to parents who, due to their own luck (or lack of it) in arriving in the early 1970s, had become U.S. citizens under Ronald Reagan’s Immigration Reform and Control Act of 1986, which had extended amnesty to those who entered the country illegally prior to 1982.

My father had come from Mexico, from the capital city of the state of Hidalgo, to harvest potatoes in Wisconsin and lettuce in Watsonville, south of Santa Cruz. In 1970, after two years in the Golden State, he was unceremoniously returned — via bus ride — to El Paso, where he was left to walk the bridge into Ciudad Juarez. He quickly devised a plan to return, and this time found relief in the anonymity of Los Angeles. He experienced the harder knocks of moving north to a country that wants your labor but not your personhood — whereas my mother arrived by plane and found her own path to a 704 stop near the nexus of San Vicente, Wilshire, and Santa Monica Boulevards, where the Bermuda Triangle of Beverly Hills swallows its Latinx labor force. Eventually she overstayed her visa. But both my parents received amnesty, and while my father went back and forth in political party affiliations, my mother voted Republican for the next three decades in homage to Reagan’s life-changing policy, despite his interventionism against her country of origin, El Salvador.

I often think of my parents as having been two among thousands of similar erasures, those excluded from the functional successes of the city until they reached middle age. I think, too, about how the economic security they did at last achieve allowed me to stumble into my own politics. My mother had time to take my sister and me to the library in Huntington Park, to practice her English with every verse she read aloud from the worn copy of Children’s Bible Stories she kept on the nightstand in the pink-painted bedroom my sister and I shared. I persist, 20 years later in this queer mid-life, in never having found an occasion to use the word “Latinx” around her (or around my father, who died last year). This in spite of the fact that, in other realms, I traffic in the complicated nuances of the term, its representational burden meant to index history and create safety for those whose gender is considered nonconforming.

There was a point on my bus ride where, from the group of us starting at the same destination, only I was left. I headed West to Santa Monica, into my own erasures.

You can read the rest of Gutiérrez’s essay in Places Journal.

If you have a personal essay that relates to how LA or SoCal has shaped your identity, we’d love to read it and possibly share it. Email it to kathryn.barnes@kcrw.org.