The Canyon Country Store in Laurel Canyon has been around since 1919. Photo credit: Kathryn Barnes

Laurel Canyon has always been a dreamy place, lush with trees and tucked-away houses. Up Laurel Canyon Boulevard, far from the towering billboards and strip malls of West Hollywood, you can imagine a time, decades ago, when a group of musicians in this small place changed music forever.

A new documentary called “Echo in the Canyon” celebrates the explosion of popular music coming out of the canyon in the mid-1960s, as folk went electric and musicians like Cass Elliot, David Crosby, Neil Young, Steven Stills and Graham Nash moved in. Bands like The Byrds, The Mamas and the Papas, Buffalo Springfield, and The Association all came out of the canyon.

“What I remember was a lot of people everywhere all the time,” said Moon Unit Zappa, who grew up in the Canyon with her father, Frank Zappa. 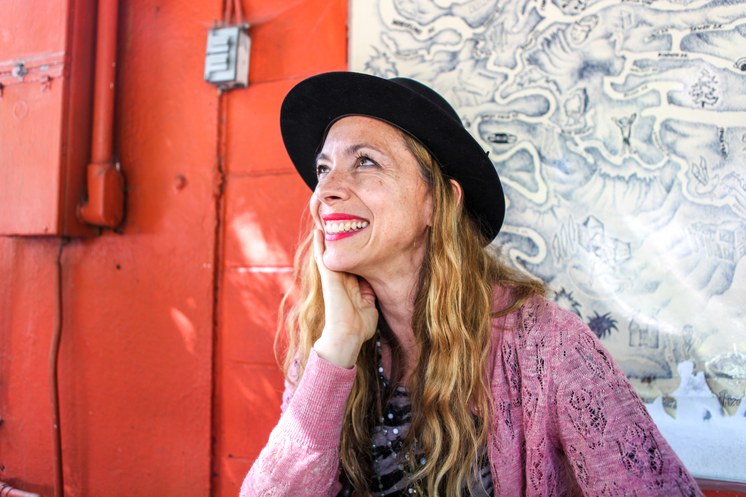 “Apparently, my mother used to hitchhike with me on her hip because my dad was actually a broke musician at the time,” she said, sitting outside the Country Canyon Store, which has been around for a century. “She would hitchhike with me down here to the country store barefoot, as one does. And apparently in this store, somebody approached my mother, who was a very attractive woman at the time, and I apparently said, as a 2-year-old, ‘Fuck off, pervert.’”

She recalled that the ‘60s were in full effect. Nudity, candlemaking, and an anything-goes kind of vibe.

“I have a nose ring because I was so inspired by Captain Beefheart. [He] came to the house and he had drilled a hole in his nose with a pencil. But he had made his nose into a flute. I was amazed by that.” 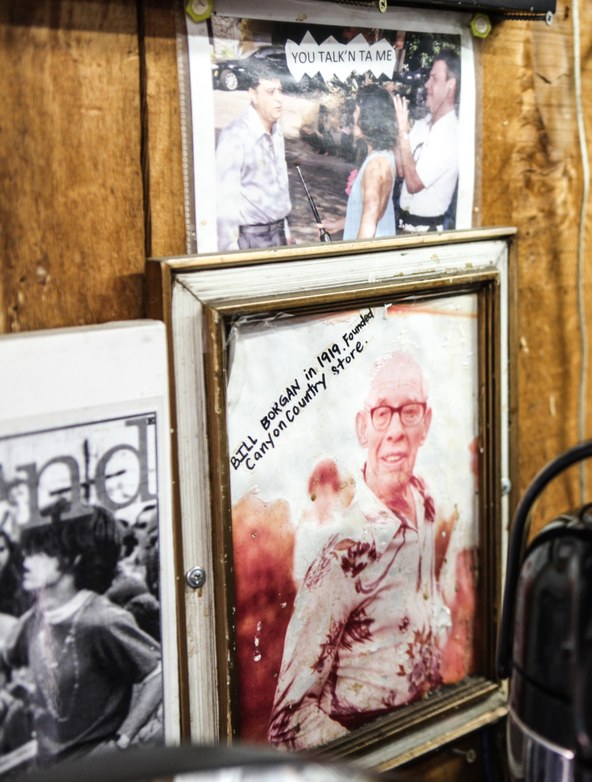 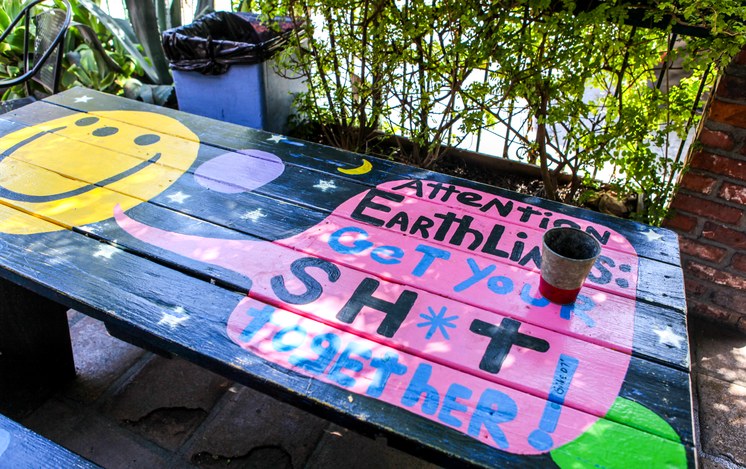 Greater LA caught up with the documentary’s director Andrew Slater, as well as Jakob Dylan (son to Bob Dylan and former Wallflowers’ frontman), at the Canyon Country Store to find out what made this tucked-away canyon so special to many influential musicians. 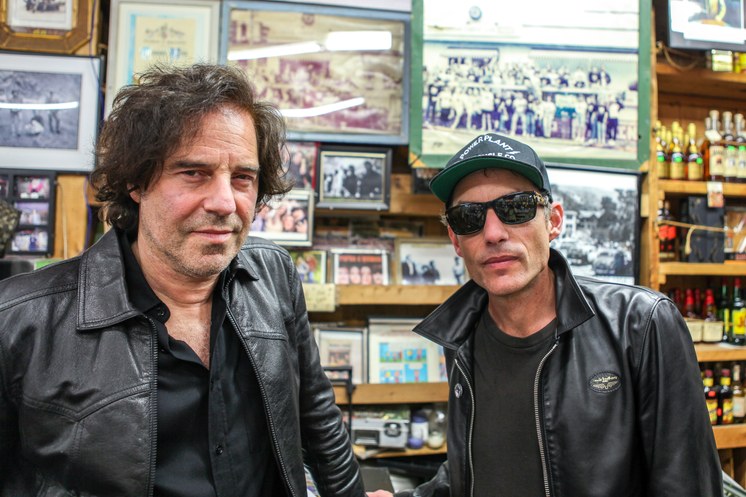 "Echo in the Canyon” director Andrew Slater (left) and Jakob Dylan (right), who starred in the film. Photo credit:Kathryn Barnes/KCRW

How did the Laurel Canyon music scene begin?

“The Byrds had a hit song, and the music business shifted from New York to LA and people came here in search of that dream,” said Slater. “In New York, the rigidity of the folk scene maybe never would have given birth to the electrification of folk music, but California represents a sense of freedom. And I think in that way, when Roger McGuinn [from The Byrds] picks up the Rickenbacker twelve-string and electrifies folk music and has a hit with that, it's the first time songs of poetic depth and grace become hit songs and inspires people to write differently. And it also inspires them to come to the place where that music is being made.”

“It's the wilderness up here,” said Dylan. “It feels like Northern California, but you’re less than 10 minutes from anywhere, which is probably why it wouldn't have been downtown or the Valley. If you go up the hills here, you've got coyotes, you've got deer. So it gave them more of a homey-woodsy vibe than typical Los Angeles.”

What made this style so unique?

“I think [it was] the California musicians trying to grab hold of the sound of the Beatles,” said Slater. “It's like light goes through a prism and comes out something else. And I think that was what was happening here with California. I think Roger [McGuinn] sees ‘A Hard Day’s Night.’ He sees George Harrison playing the 12-string guitar. He electrifies folk music. He does a version of ‘Bells of Rhymney.’ George Harrison hears ‘Bells of Rhymney.’ He writes ‘If I Needed Someone.’ That goes on Rubber Soul. Brian Wilson hears Rubber Soul and he writes Pet Sounds and The Beatles hear Pet Sounds and they write Sgt. Pepper and that really is the echo of people's creativity bouncing between each other and then across to England.”

Free love and AM radio

“I was raised in a very free atmosphere,” said Michelle Phillips of The Mamas and the Papas in the film. She and bandmate John Phillips were married, but that didn’t stop her from getting with the other man in the group, Denny Doherty. “To me, having an affair was not as serious as it was for the rest of them. The first night we got together, we had all been sitting at the table, and John and Cass’, we looked over, and they were asleep. And that’s when Denny got up and went over to the sliding glass door and off we went. And that’s when he [John Phillips] wrote ‘Go Where You Want to Go.’

“Roger McGuinn tells a story that they were at a turning point in their career, and they were looking to find a song to put out as their single,” said Slater. “And they enlisted the help of Carole King and Gerry Goffin, and decided to do a song called ‘Going Back.” And as the story goes, David Crosby wanted to have his song as a single and that was ‘Triad.’ It was about a ménage à trois. And in 1967, I'm not so sure AM radio would have played a song about a ménage à trois. And that led to another disagreement in The Byrds that was allegedly the final straw.”

What do you want people to get out of this film?

“There was a certain kindness and sense of community at that time. And I hope that people get to feel that sense of kindness, because today it feels like people are burdened with a lot of information and things that were not born out of those ideals. So it's nice if you can return to that for a moment to maybe take some of that with you and bring it into the modern world.”

Echo in the Canyon premieres May 24th at ArcLight Hollywood and the Landmark in West LA.

Take a trip back in time to 1960s Laurel Canyon

Laurel Canyon has always been a dreamy place, lush with trees and tucked-away houses.

A new bill before the California Legislature would force cities and counties that banned recreational cannabis businesses to allow a certain number of them to open. That is,...