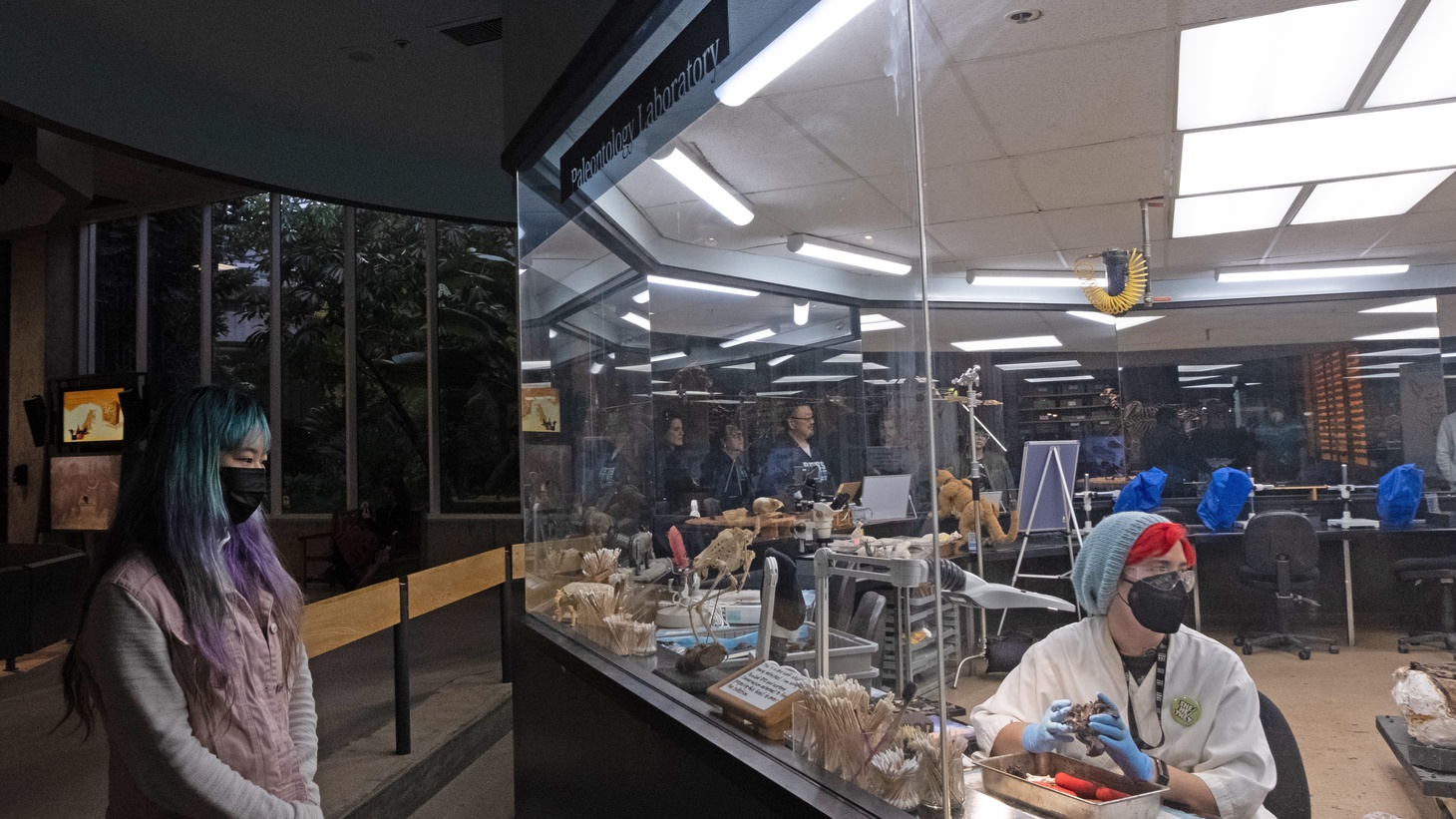 The La Brea Tar Pits are beloved by Angelenos, scientists, and those not offended by the pungent smell of tar. But the museum, grounds, and research facilities have remained largely the same for decades. Museum administrators plan to change that in the coming years.

“We're not telling the story in a way that really connects [the La Brea Tar Pits] to today,” says Dr. Lori Bettison-Varga, president and director of the Natural History Museums of LA County, which oversees the La Brea Tar Pits. “It really is the story of Ice Age Los Angeles, from about 50,000 years ago to today. But more importantly, this is the only place like it in the world.” 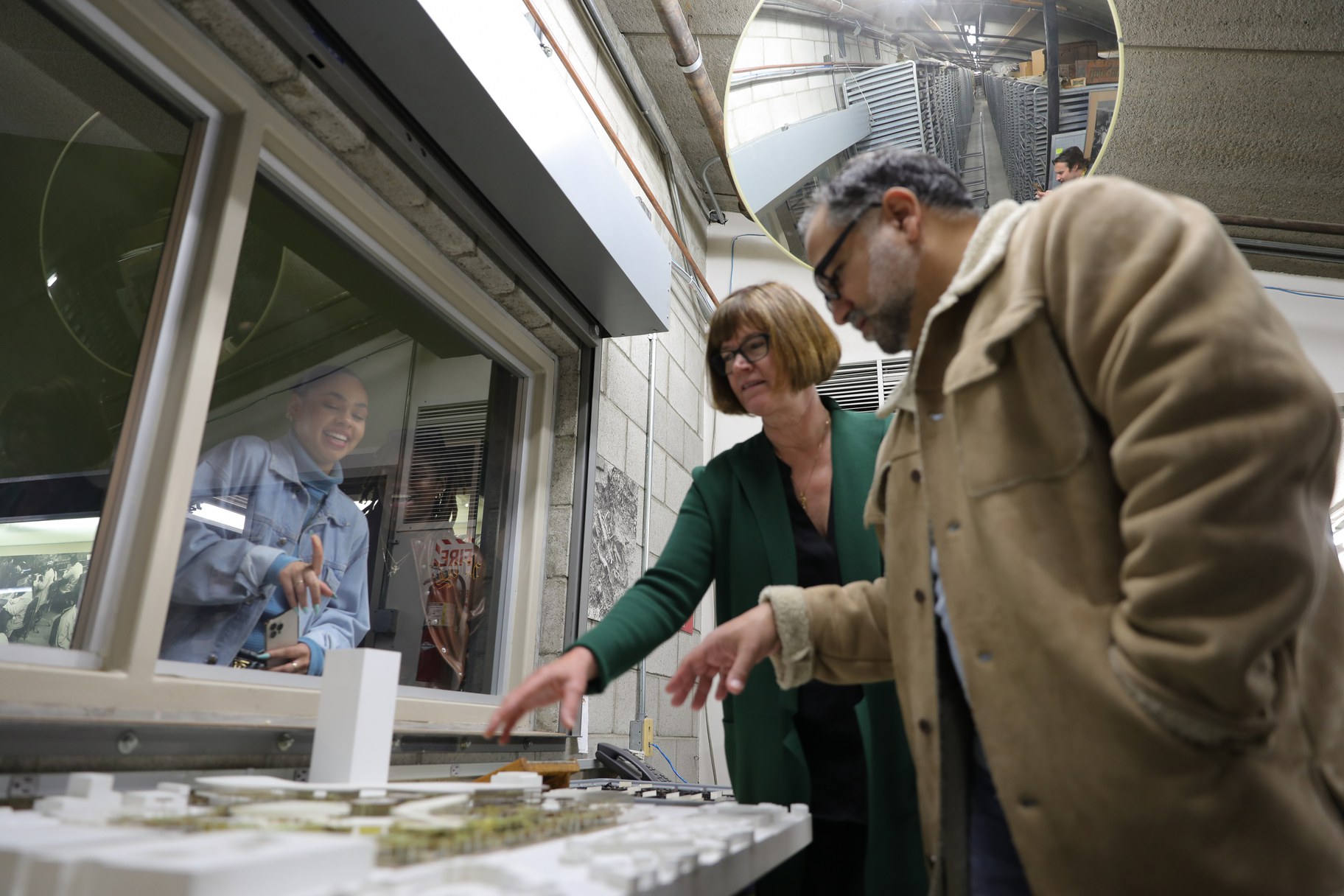 The Tar Pits are unique due to what’s been found on its grounds over decades of excavation. It’s home to the largest collection of Ice Age and Pleistocene fossils from the animals and plants that were trapped in the natural asphalt that’s been bubbling up for tens of thousands of years.

“It's very, very unusual to find any kind of fossil site where you get that whole range of biota,” says Emily Lindsey, an associate curator and excavation site director. “We can study the entire ecosystem, [such as] how the different plants and animals living here were responding to past environmental changes, like the end of the Ice Age, the arrival of humans and the extinction of the vast majority of large mammals that were living here.” 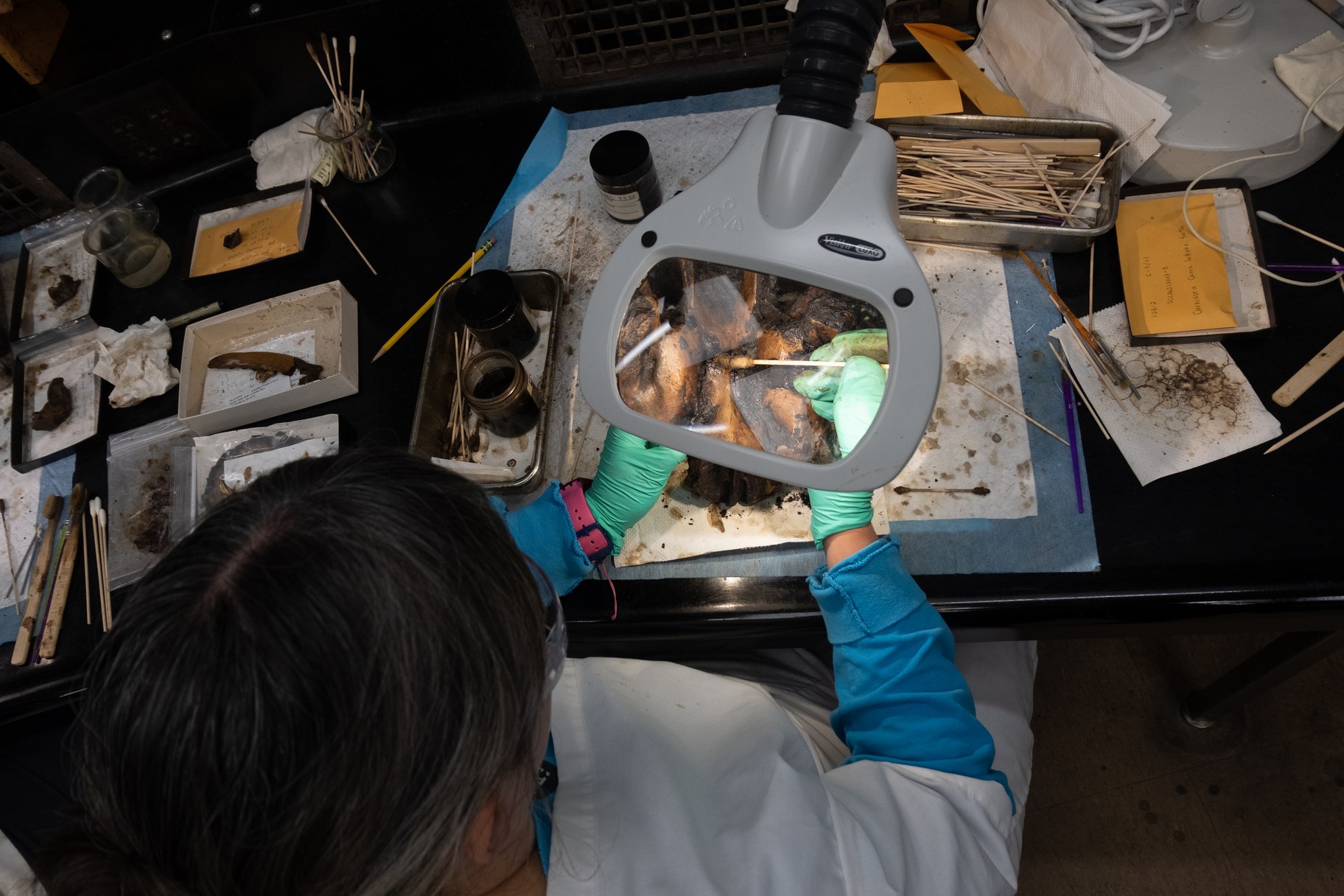 A researcher examines a fossil discovery. Photo by Zaydee Sanchez for KCRW.

As the world grapples with the possibility that global warming could cause the next great mass extinction event, researchers at the La Brea Tar Pits are searching for clues from the past that may offer guidance. 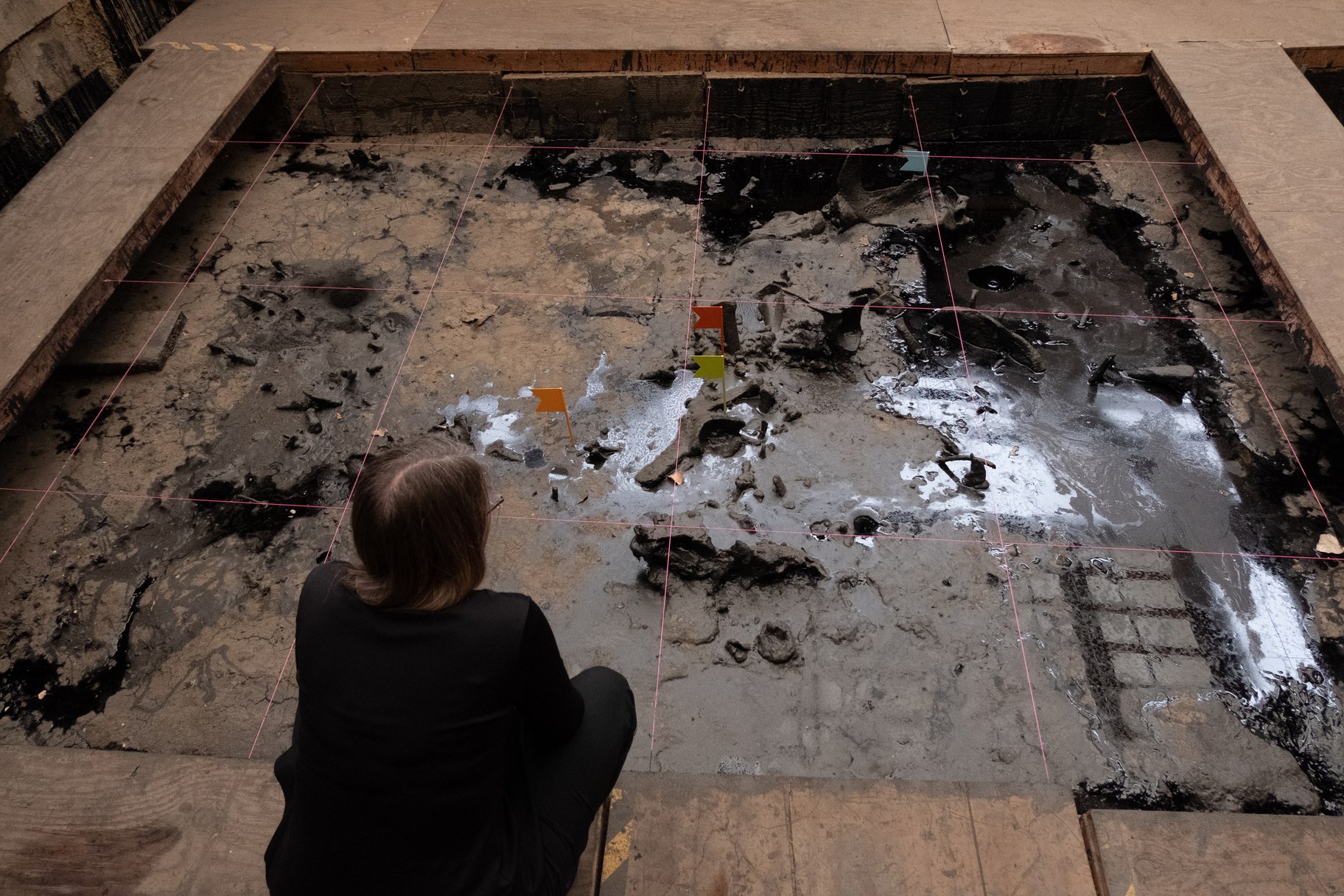 It’s for that reason the excavation pits themselves are in for an overhaul in the reimagining. Pit 91, one of the most active areas, will function as an outdoor classroom with theater seating.

“People could really have an even closer engagement with the excavation work that's going on, and the type of discoveries that we're making here every day,” Lindsey says.

Pit 91, a new museum building, and a bridge over the main lake are all part of the reason the New York firm Weiss/Manfredi’s design won the competition. It increases accessibility and visibility to the ongoing work happening at the site, while also showcasing the existing repository of fossils that have already been discovered.

“People don't realize just how much we have,” laments Bettison-Varga.
“And when… the kids [are] rolling down the hills, they should think about all the bones that are underneath.” 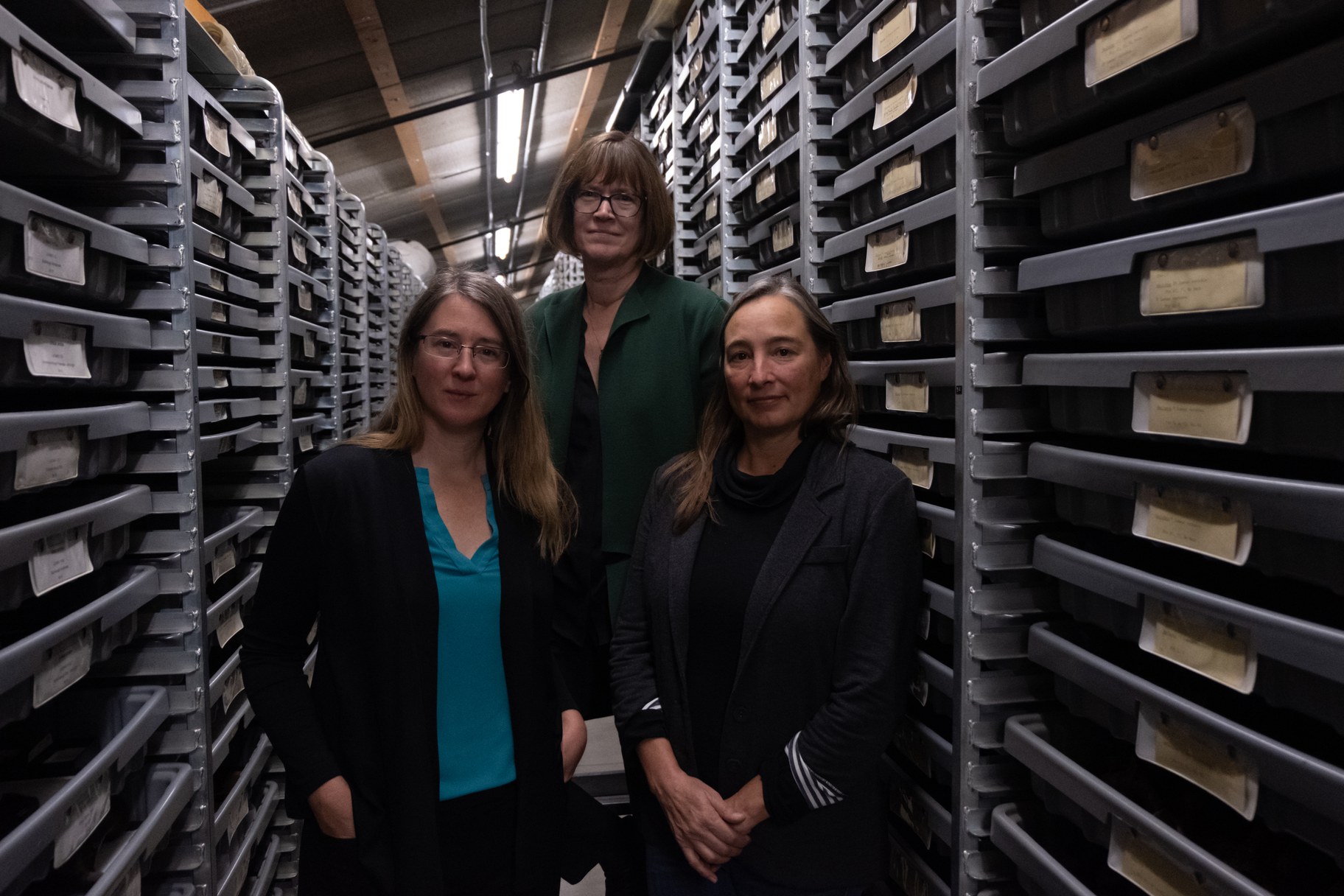 The La Brea Tar Pits hold the largest collection of Ice Age fossils in the world. Now, its grounds, museum, and research facilities are being reimagined.

The Long Beach Ballet gets ready to perform ‘The Nutcracker’ for its 40th anniversary. It all started with David Wilcox, the artistic director.