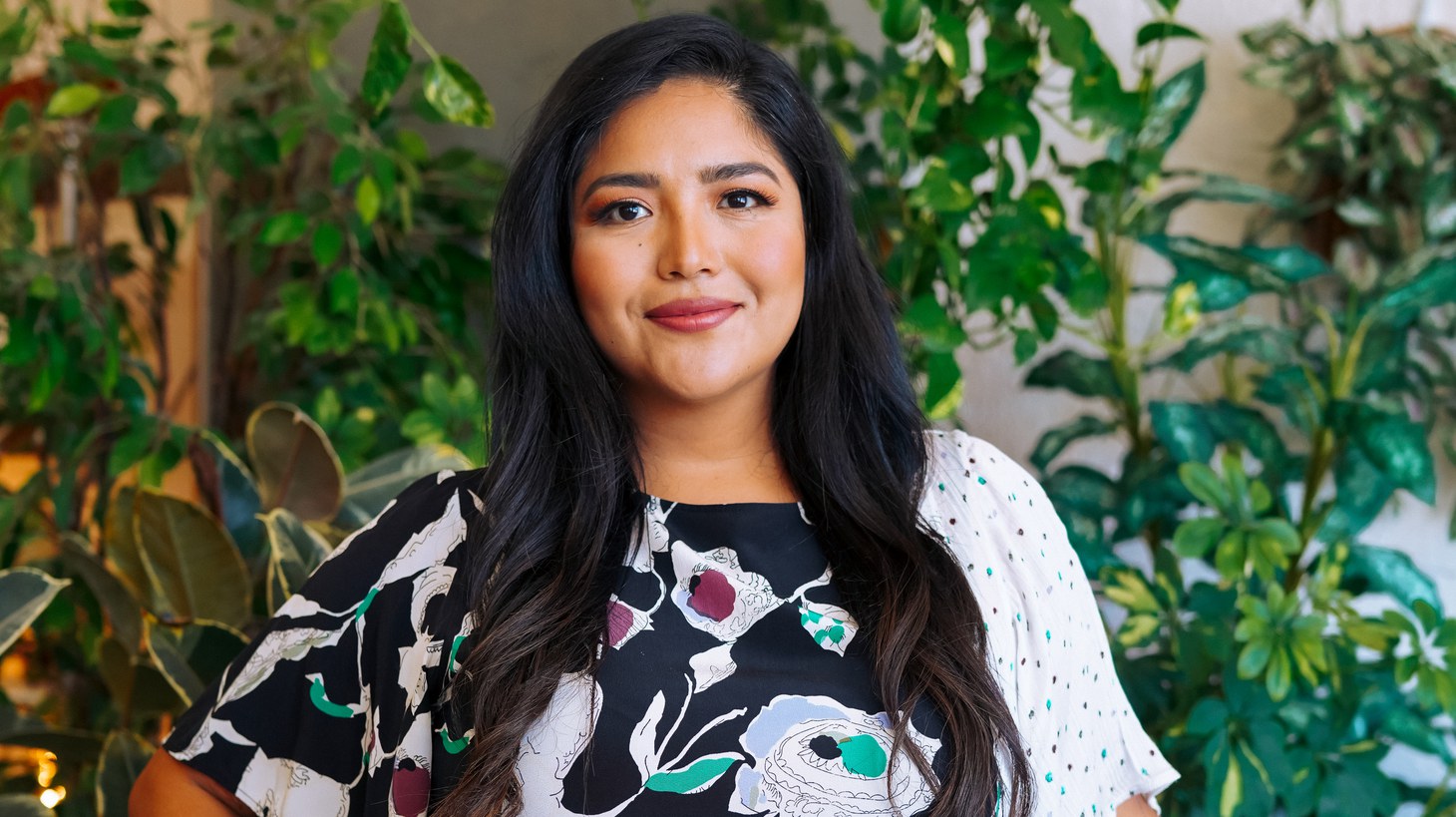 “Whiteness is something that is dangled in front of people of color, to say, ‘If you aspire to this, if you embody this, then you'll belong in the United States,’” says Julissa Arce, who was born in Mexico. Photo by Aly Honore.

The author immigrated to the U.S. from Mexico when she was young. She arrived in Texas, where she grew up, then lived in New York for 10 years, and has spent the last seven years in LA. She says she felt early on that she was expected to speak English in the same way a white person speaks it.

She recalls that a Texas high school classmate told her she sounded like a white girl, and she took it as a compliment even though he didn’t intend it as such. “I had tried for so long to get rid of my accent. I would stand in front of a mirror, and try to enunciate my words to imitate the white girls in my school and the all-American girls that were portrayed in every television show and in every movie I ever watched.”

But later, Arce’s own community said the same phrase and implied that she wasn’t Latina or Mexican enough. “This phrase, ‘you sound like a white girl,’ to me really encapsulates that double-edged sword that assimilation is for many immigrants and for many Latinos,” she says.

Arce says that back in Mexico, she already learned that whiteness was important and lighter skin was more beautiful. Then in the U.S., that feeling intensified when people treated her like she was invisible. “Whiteness is something that is dangled in front of people of color, to say, ‘If you aspire to this, if you embody this, then you'll belong in the United States,’” she says.

However, she points out, “Every time we have sought whiteness as a form of protection, as a form to belong, it has not actually yielded the results that we hope.” 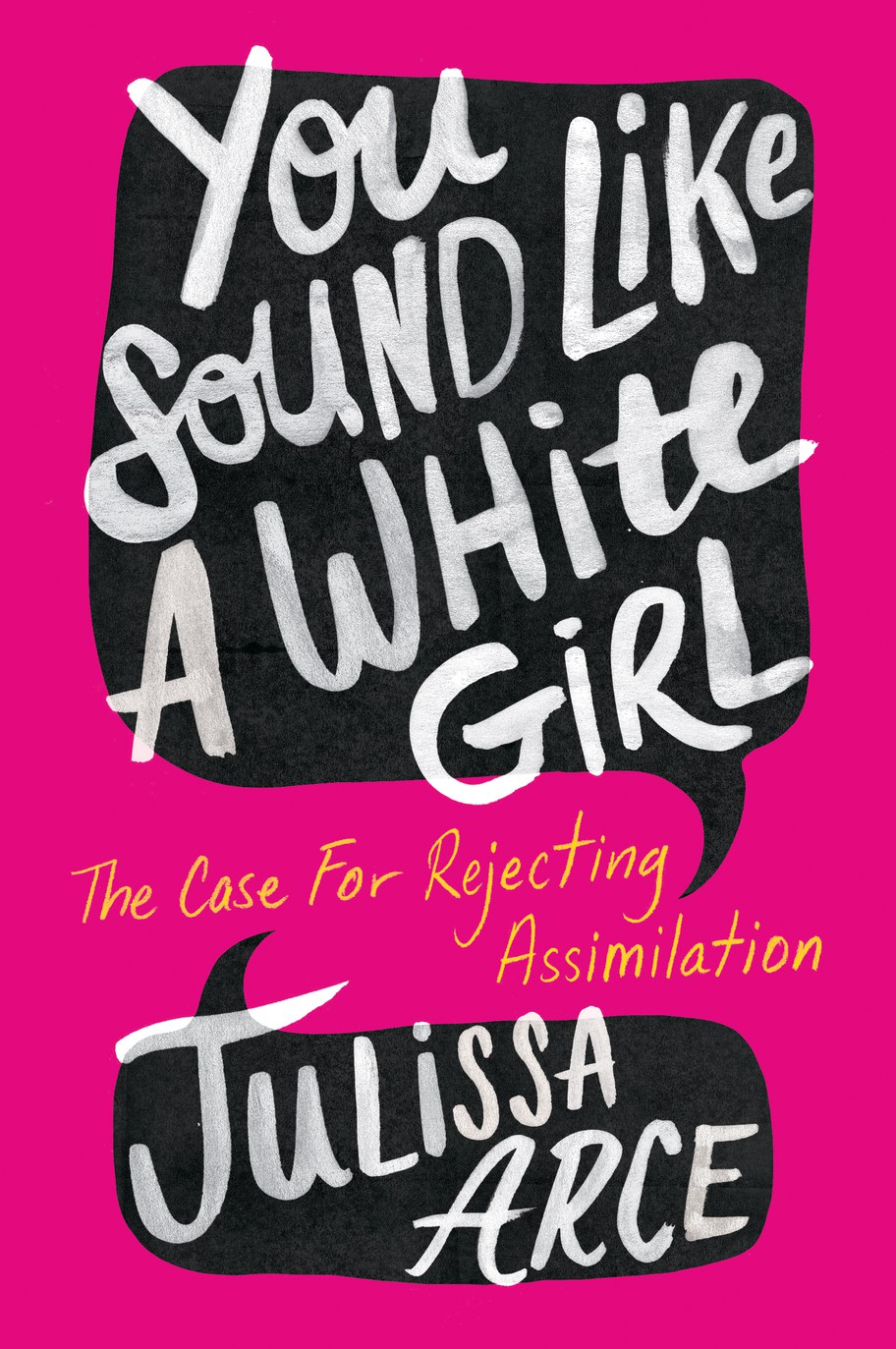 Julissa Arce’s new book focuses on rejecting the notion that assimilation leads to belonging, and reclaiming things that can be lost during assimilation. Book cover courtesy of Flatiron Books.

Arce splits her book into two parts — the first focuses on rejecting the notion that assimilation leads to belonging, and the second is about reclaiming things that can be lost during assimilation, such as one’s own name. Arce says, “For a long time, I only went by Julissa, I went by Jules, I went by J because people couldn’t pronounce my name.”

Now, Arce urges people to use her full name, Julissa Natzely Arce Raya, and pronounce it correctly. That’s because she wants more people to learn how to pronounce difficult names, so she and others can stop worrying about changing their names to make someone else comfortable.

She says, “I think that's so much of what assimilation does — it drives us to care more about the comfort of other people than it does caring about our own heritage, our own culture, the things that truly give us power and makes us beautiful.”

Now in LA and among more Latinos, Arce feels like she’s been able to let go of the assimilated version of herself. “I very much feel like I had to come to Los Angeles to finally be the person that I was meant to be.”

For people who believe that America is a melting pot and that immigrants should assimilate, Arce says, “The truth is that America has never been a country only for white people. And assimilation has never truly given belonging to people of color.”

Despite learning how to speak English, getting a college education, establishing a career, and paying her taxes, Arce says she still encounters racism, as people tell her to go back to where she came from. “And I think the melting pot is in many ways a myth — a myth that I try to dismantle in this book.”

Metrolink is now powering its trains with recycled natural oils from Singapore and Finland, which it says will cut carbon emissions by up to 80%. But that doesn’t make it...