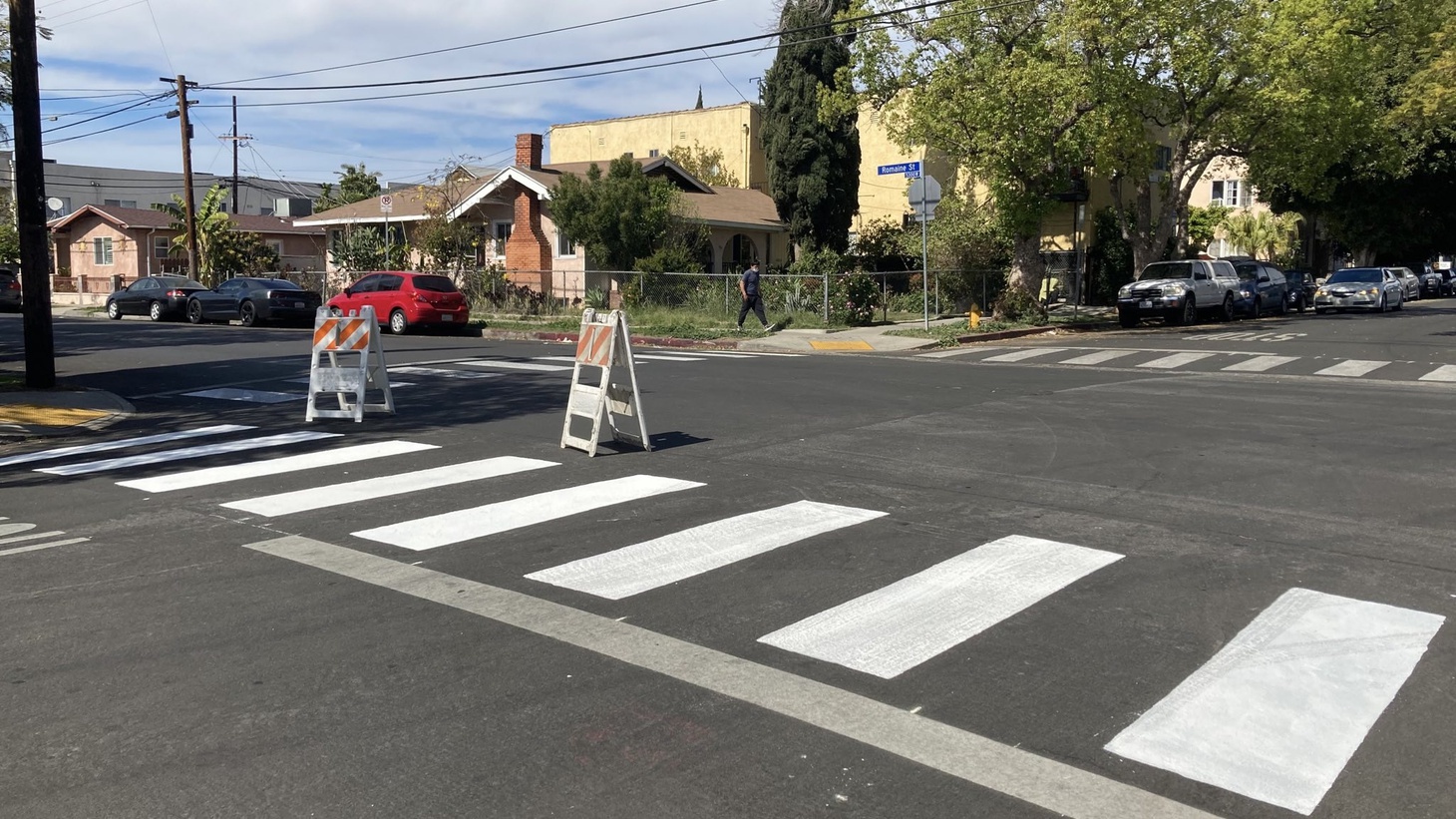 “If our city won’t keep us safe, we will keep us safe.” Crosswalk Collective LA posted those words to Twitter nearly two weeks ago, paired with pictures that show freshly painted crosswalks at Romaine Street and Serrano Avenue in East Hollywood. The collective says they painted the crosswalk.

Since then, the tweet has received a lot of attention and even requests from people asking the group to paint crosswalks at other intersections in the city. NPR reporter Vanessa Romo recently wrote about the group and how the city has responded.