Strained relations with Iran are deeply felt across Southern California, home to more people of Iranian descent than anywhere else outside Iran itself.

Iranian-born American attorney Maryam Zar observes, “Westwood in particular typifies the Iranian community because … on one side of Wilshire Blvd. is Tehrangeles, Westwood. But it’s got Persian signs, and people go for Persian tea and ice cream. And on the other side of Wilshire Blvd, it’s still Westwood, but it’s American. And that’s exactly the Iranian American community.”

She continues, “There’s a part of us that are still Iranian. We believe in our heritage, we love our culture, and we refuse to let go. But on the other hand, we are a community that has assimilated very well into the American communities that we’ve adopted as our new land.” 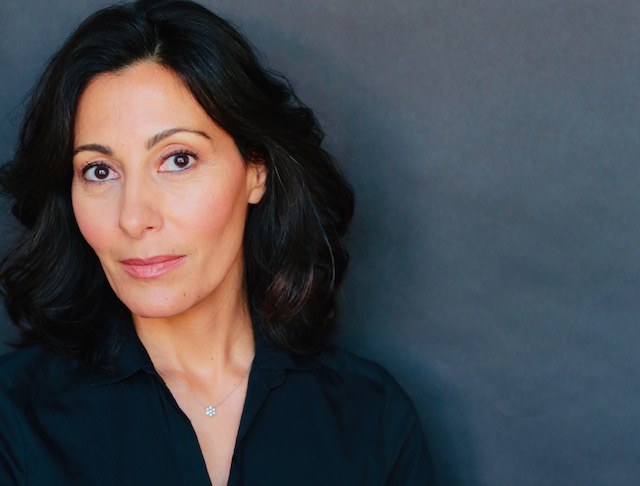 In Westwood, the Attari Sandwich Shop is known for serving Iranian favorites on a small, shady patio. That’s where Mina Ahmadi passes out anti-regime flyers. She moved to the U.S. from Iran more than two decades ago. She says she’s elated by the recent news of the killing of Soleimani: “He was like the evil. People in Iran, I know they are happy.”

That’s a sentiment that is echoed by a proprietor at a nearby shop, who wants to comment on the assassination but will only give his first name as Reza. He’s concerned that he, or his family members, could be targeted by the Iranian government. Many local Iranians declined to speak publicly at all.

“We are happy the Americans killed this man because he is responsible for every problem in the Middle East,” says Reza. But he notes that he’s worried that the U.S. bombardment of Iran would help make the current government in Iran more popular.

“I am a political refugee, 35 years,” explains Reza. “I know what happens in the jails and in the regime, the Islamic Republic. I don’t like bombarding Iran because that case helps the regime. This regime [are] mafia, [are] terrorists.”

Many local Iranians watched tensions build this weekend and worried about what could happen next. On Sunday, President Trump doubled down on his threat to target cultural sites in Iran with airstrikes if the Iranian regime retaliates against the U.S.

Then there were reports that groups of Iranian Americans and permanent residents had been detained at U.S. ports of entry for extra questioning. U.S. Customs and Border Protection has denied those reports.

“All this rhetoric is really scary,” says Aria Safar, who was born and raised in the L.A. area. His parents fled religious persecution in Iran decades ago. He’s organizing his friends to contact their local representatives, calling on the White House to de-escalate.

Iranian students studying in L.A. on student visas have even more to worry about.

That includes Muhammad. He didn’t want to share his full name out of fear that his comments could affect his immigration status and future travel to Iran.

He describes how he and his peers are feeling right now. “In one word, it’s going to be confused. And if I am going to explain more, the feeling of fear. Sometimes you feel like I am not welcomed here, but I came all this way to change the situation for myself.”

It’s beginning to take a toll on him. “The feeling that you're a minority and you have to be thoughtful about your actions and about people's judgments about you is destructive.”

Democrats won all seven of Orange County’s Congressional districts in 2018. That shocked many people, given OC’s past as a bastion of the Republican party. But in 2020, the...