Gene Gallegos grew up in the rural areas of New Mexico and Colorado, and ended up working in education. Image by Mike Royer/KCRW.

Growing up in rural areas of New Mexico and Colorado, Gene Gallegos was familiar with the world of agriculture. And according to his daughter Emma Gallegos, he often told stories about his days in the fields.

“From a very young age, he was working in fields and was a farm worker. He came from an incredibly poor family,” she says.

In high school, Gene used his track and field abilities to secure scholarships, and he went to college.

“He went into the educational field, and then spent the better part of his life trying to give back to students that were like him. He was a teacher, principal, and a college professor, and worked on issues around educational equity.”

According to Emma, he was a sought-after educator for Latinos in the 1970s and 1980s, working in districts across Texas and Colorado. Then he traveled to California State University, Bakersfield. He made tenure and lived in the Central Valley until his retirement. 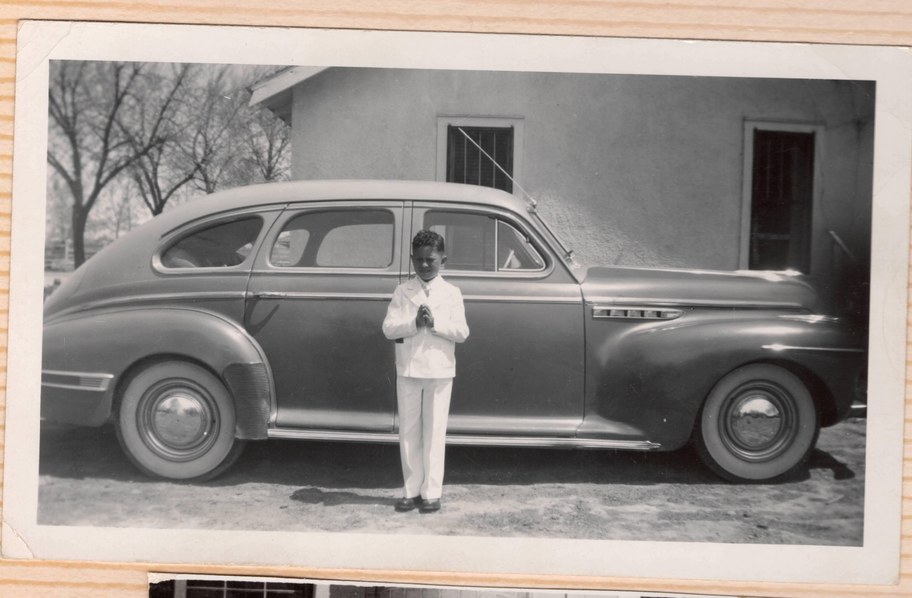 “My dad is kind of like that superintendent. He was a stickler and was always put together. He was always very fastidious. He was the tough guy. We had a difficult relationship, but we loved each other.”

That strict nature was remembered by his students decades later. Recently, a former student of her father’s shared a story about weighing whether to show up late to the elder Gallegos’ class. It turned out that his mom also took classes with Gene.

After Gene decided to retire, he was diagnosed with Alzheimer's disease. He then checked into a retirement home in Arcadia, California. Following a minor hip surgery in 2020, he stayed at a skilled nursing facility for rehabilitation. That’s where he caught COVID-19.

“The skilled nursing facility … it looks like a death camp to me. So many people have died. So many health care workers have had COVID. There's always cases,” Emma says. “It just happened overnight almost. No symptoms. No fever. Nothing. And then all of a sudden, it was like, he's so bad.”

Emma, who was still in Northern California when she heard the news, tried  to get into contact with Gene. “I called a nurse, and I said my goodbyes with my mom over FaceTime. My dad wasn't conscious. He seemed to jerk a little bit, and I'd like to think that he heard me. I told him I loved him, and he died. He died that night.”

Emma says one of the hardest parts about losing her father is hearing public comments that seem to disregard people with underlying conditions.

Gene Gallegos died on September 5, 2020 in Anaheim, California. He was 80 years old.

A global movement of people are popularizing one of the oldest methods of conservation: reusing, repurposing, and regifting.

Across LA, many offices, industrial warehouses, and strip mall units have been sitting empty as people are working from home during the COVID-19 pandemic.

"He was a stickler and was always put together. He was always very fastidious. He was the tough guy. We had a difficult relationship, but we loved each other," says Gene...